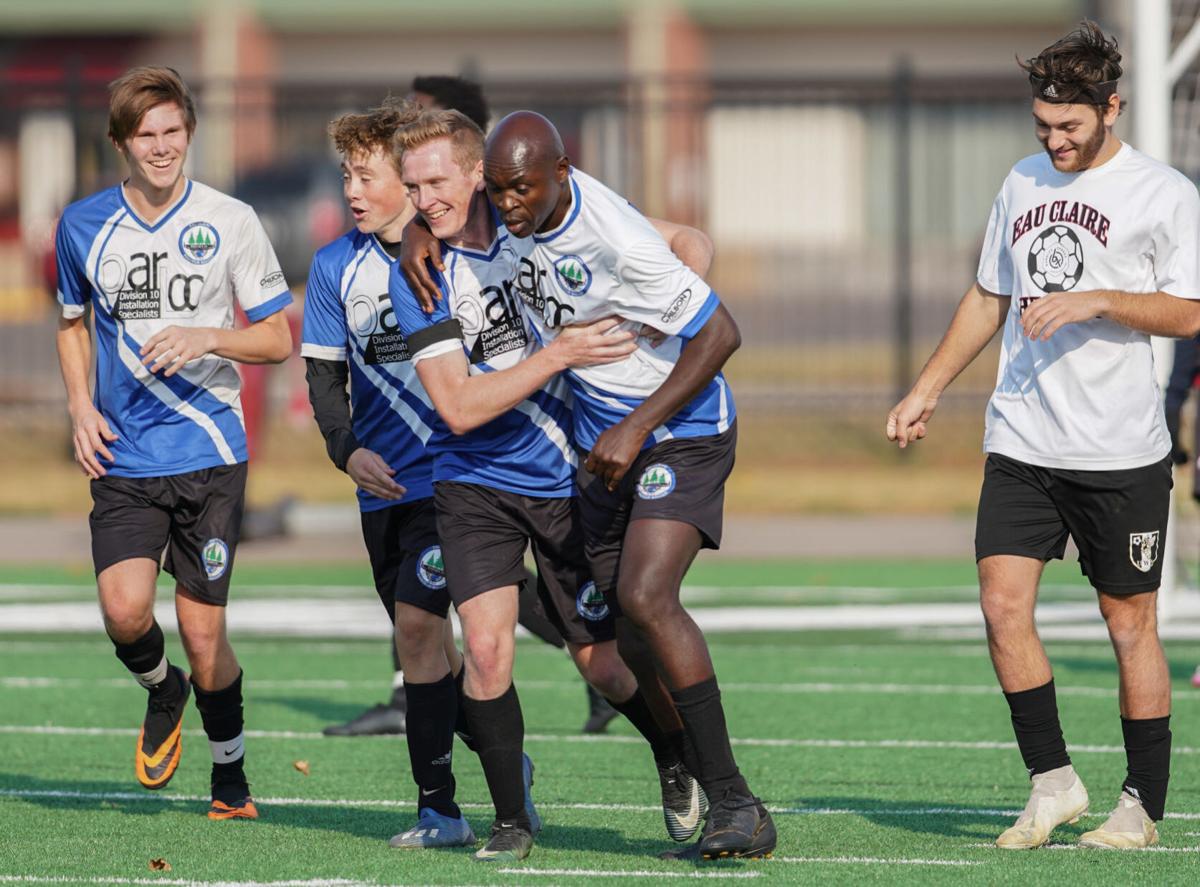 Bateaux FC celebrates after Larry Mboga (second from right) scored during a friendly against Granite City FC on Sunday in Eau Claire. 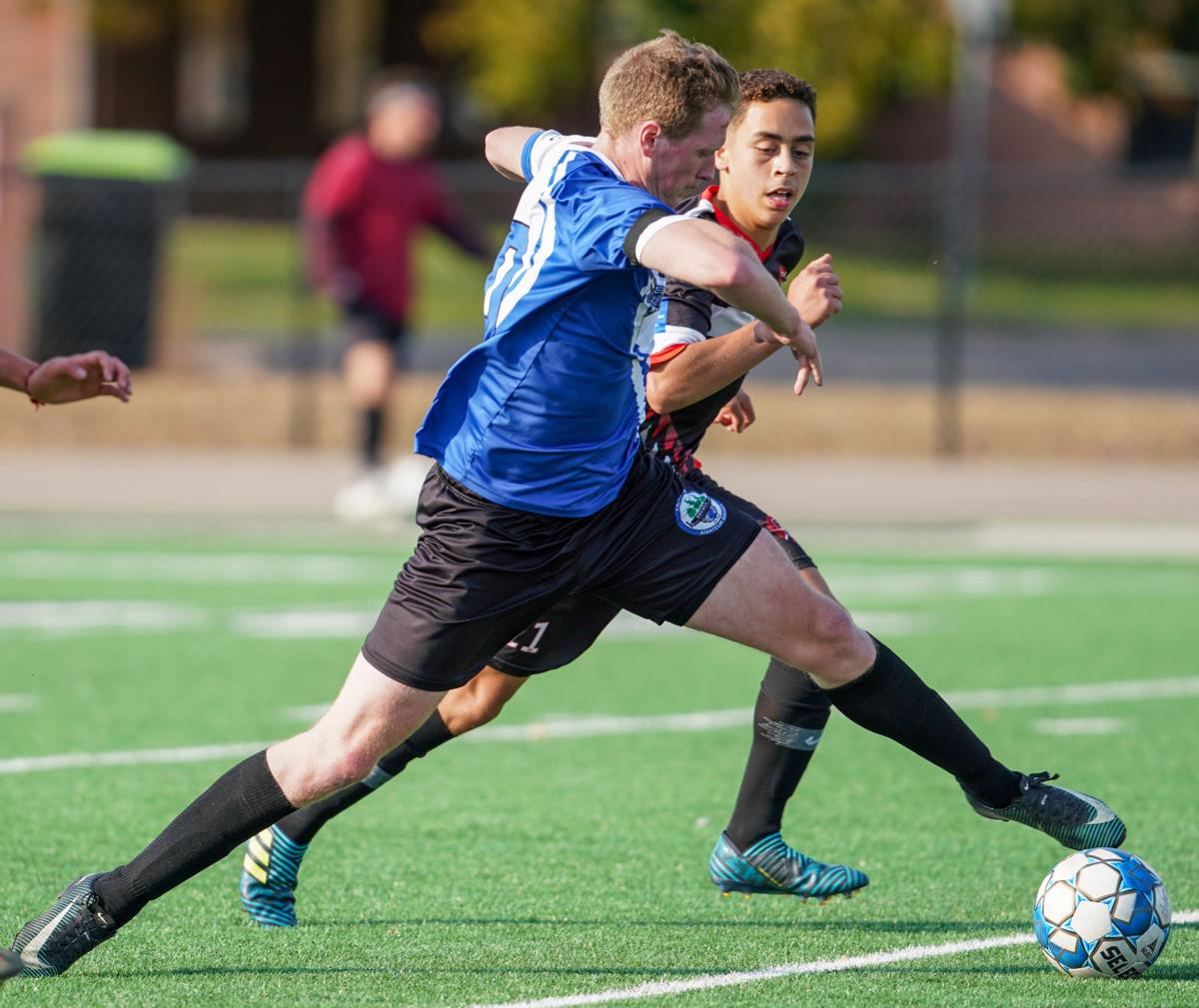 Bateaux FC's Josh Balsiger controls the ball during a friendly against Granite City FC on Sunday in Eau Claire. 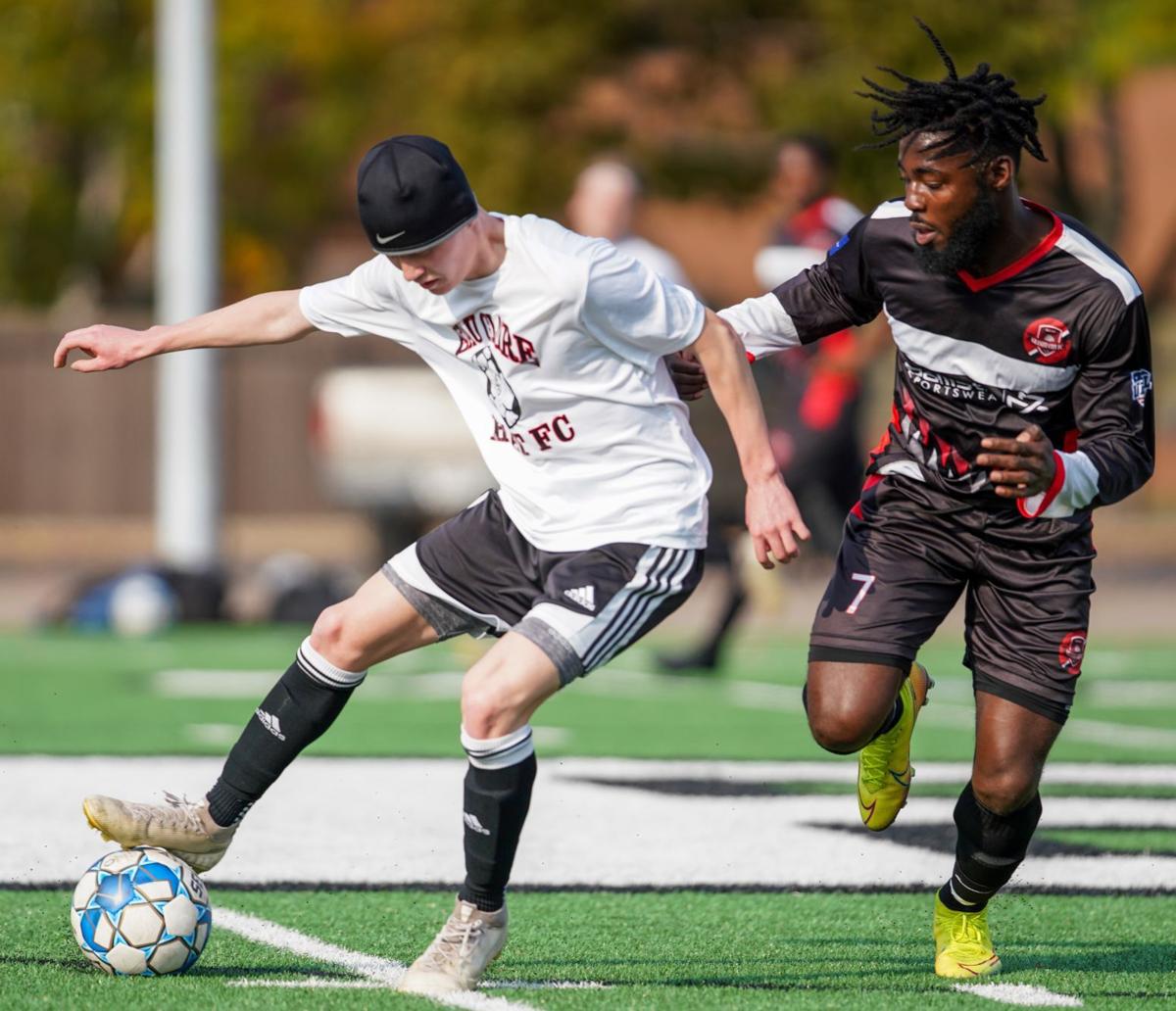 Bateaux FC's Matthew Gyorfi fights off pressuring during a friendly against Granite City FC on Sunday in Eau Claire.

Bateaux FC celebrates after Larry Mboga (second from right) scored during a friendly against Granite City FC on Sunday in Eau Claire.

Bateaux FC's Josh Balsiger controls the ball during a friendly against Granite City FC on Sunday in Eau Claire.

Bateaux FC's Matthew Gyorfi fights off pressuring during a friendly against Granite City FC on Sunday in Eau Claire.

Bateaux FC entered Sunday wanting to know how it stacked up against better competition.

The Eau Claire-based amateur soccer club certainly got its answer.

Bateaux held its own in its first matchup against a semipro team, falling 4-3 to Granite City FC in a closely-contested friendly at Regis.

Bateaux was in control for much of the second half, but couldn’t quite recover from a couple of lapses toward the end of the match. Still, a one-goal defeat to a United Premier Soccer League team isn’t much to feel down about for the amateur club.

“We were beat on the day but I think at the end of it, it’s a victory for Bateaux FC,” said forward Josh Balsiger, who scored twice for Bateaux.

Granite City, based out of St. Cloud, Minn., seized a 2-0 lead in the first half on Sunday after heading in a corner kick in the 15th minute and capitalizing on a giveaway in the 22nd minute.

But Bateaux — this year’s Wisconsin Primary Amateur Soccer League champion — pushed on, and was rewarded when Larry Mboga found space in the middle and struck home a goal in the 42nd minute.

With the lead cut in half, Bateaux came into the second half with purpose. The ball rarely got out of Granite City’s defensive half as Bateaux applied constant pressure. Balsiger had a shot tipped over the bar by the opposing goalkeeper in the 55th minute, and just missed the target on another shot a couple of minutes later.

Bateaux’s Kaden Bergman played a killer cross through the box around the 70th minute, but the ensuing one-on-one for his teammate missed the mark.

“I think we did a good job of controlling play, especially in the first 10, 15 minutes of the second half,” Bateaux manager Josh Ranft said. “We had them on their back foot. Soccer’s a game of momentum. If we would have gotten a goal in, it would have been 2-2 and the entire match could have changed.”

Instead it was Granite City who capitalized, knocking home a penalty kick in the 80th minute. Just four minutes later, the UPSL side converted another chance after Bateaux’s back line lost possession in front of goal.

In the closing minutes, Balsiger got on the score sheet with a run down the right side of the box, hammering a shot past the goalkeeper to cut the lead to 4-2.

“There was a little bit of space behind their back line, and I was able to get a little momentum to get past my man,” Balsiger said. “Then I just put it high at the near post and got the goal.”

Granite City conceded a penalty in added time, and Balsiger knocked it home for Bateaux’s third goal. But the penalty was the last kick of the game, meaning time was up in pursuit of a comeback.

“They train more often, they play as a team more often and they’ve got more experience,” Ranft said of Granite City. “Compared to the teams we play, who practice one time a week maybe, these guys are out on the field several times a week. ... You’re not always going to win in this game, but I think we had a good showing.”

“I think a lot of our young kids stepped up today,” Ranft said. “Sixteen, 17, 18- year-olds putting in a really good effort, I was proud to see that. I think that sets a good tone for the future.”

And as Bateaux looks to the future, playing neck-and-neck with a team from a league above them shows where the club could go as it enters the offseason.

“We were all very optimistic about our talent and the program we have going on here,” Balsiger said. “We were really excited to test our mettle against something stronger. We’re happy with where we are. We know we have places to grow, but growth is the fun part. ... It was a big growth day for the club.”