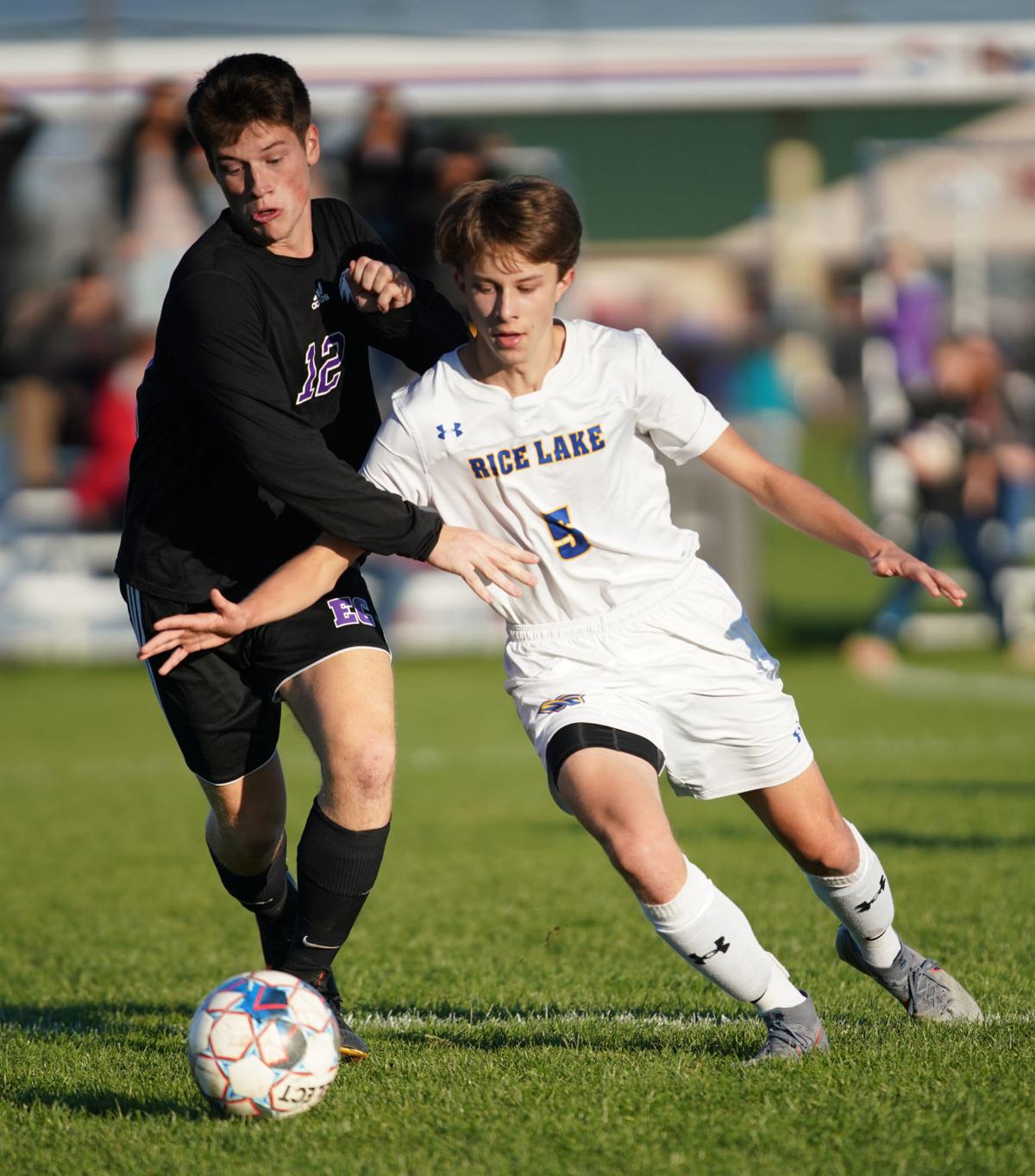 Rice Lake’s Jake Engebritson zeroes in on the ball while battling with Eau Claire Memorial’s Ryder Woodworth during the teams’ matchup on Oct. 17, 2019 at Memorial. 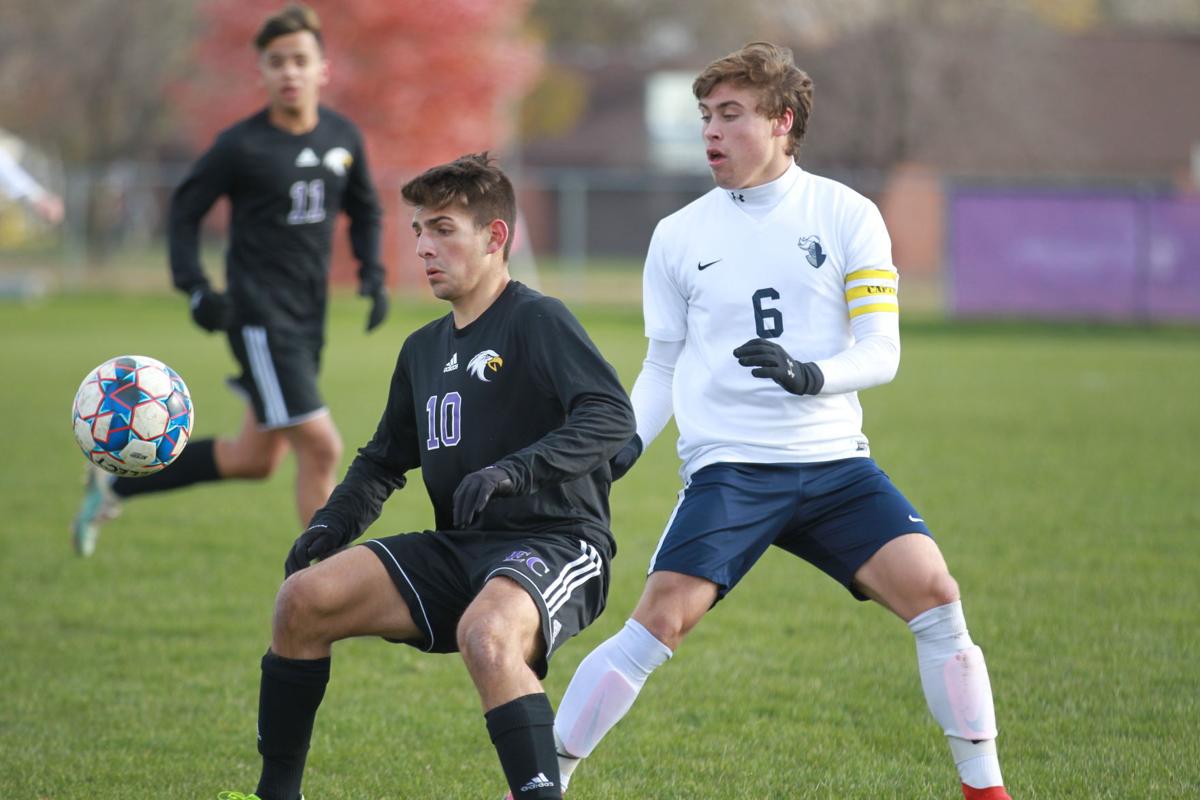 Rice Lake’s Jake Engebritson zeroes in on the ball while battling with Eau Claire Memorial’s Ryder Woodworth during the teams’ matchup on Oct. 17, 2019 at Memorial.

Chippewa Falls was 2-14-2 last season, but with a more experienced team, the Cardinals are looking to take the next step this fall. Starting goalkeeper Steel Brooke made 100 saves last season as a sophomore. Jordan Simonson (three goals) and Landon Brunke (two goals) are among the team’s top returning scorers. ... Hudson was the conference runner-up last fall and may be the favorite this year. The Raiders won 17 games a year ago. Midfielder Sam Ross is back after earning second team all-conference honors last fall, and forward Teig O’Kelly was an honorable mention. ... Menomonie has a pair of second team all-conference selections to build around. Goalkeeper Jonathan Fenton is a third-year starter and had an 82% save percentage last fall. Shane Drazkowski is back after garnering league recognition as a defender. The Mustangs also have their top point-getter back in Gabe Tronnier (nine points). ... Rice Lake went to state in Division 3 last year, falling in the semifinals to McFarland. The Warriors graduated some of their top players, but have starting goalie Zach Holmstrom back. Jake Engebritson earned honorable mention All-BRC status as a junior. Rice Lake will look to improve on last year’s third-place finish in the conference. ... River Falls has two second team All-BRC players returning in Owen Wise and Josh Linton.

Cumberland won seven games last season and has several pieces to build around this fall. Midfielder Tanner Johnson tallied 10 points a year ago, and goalie Matthew Friess posted three shutouts. The Beavers have experience back in every phase of the game. ... McDonell/Regis is focusing on growth while dealing with a shortened schedule and working in some players who are new to the sport. Seven members of the Saints’ 16-player squad are sophomores and four are freshmen.

Outlooks by Spencer Flaten, based on information provided by coaches