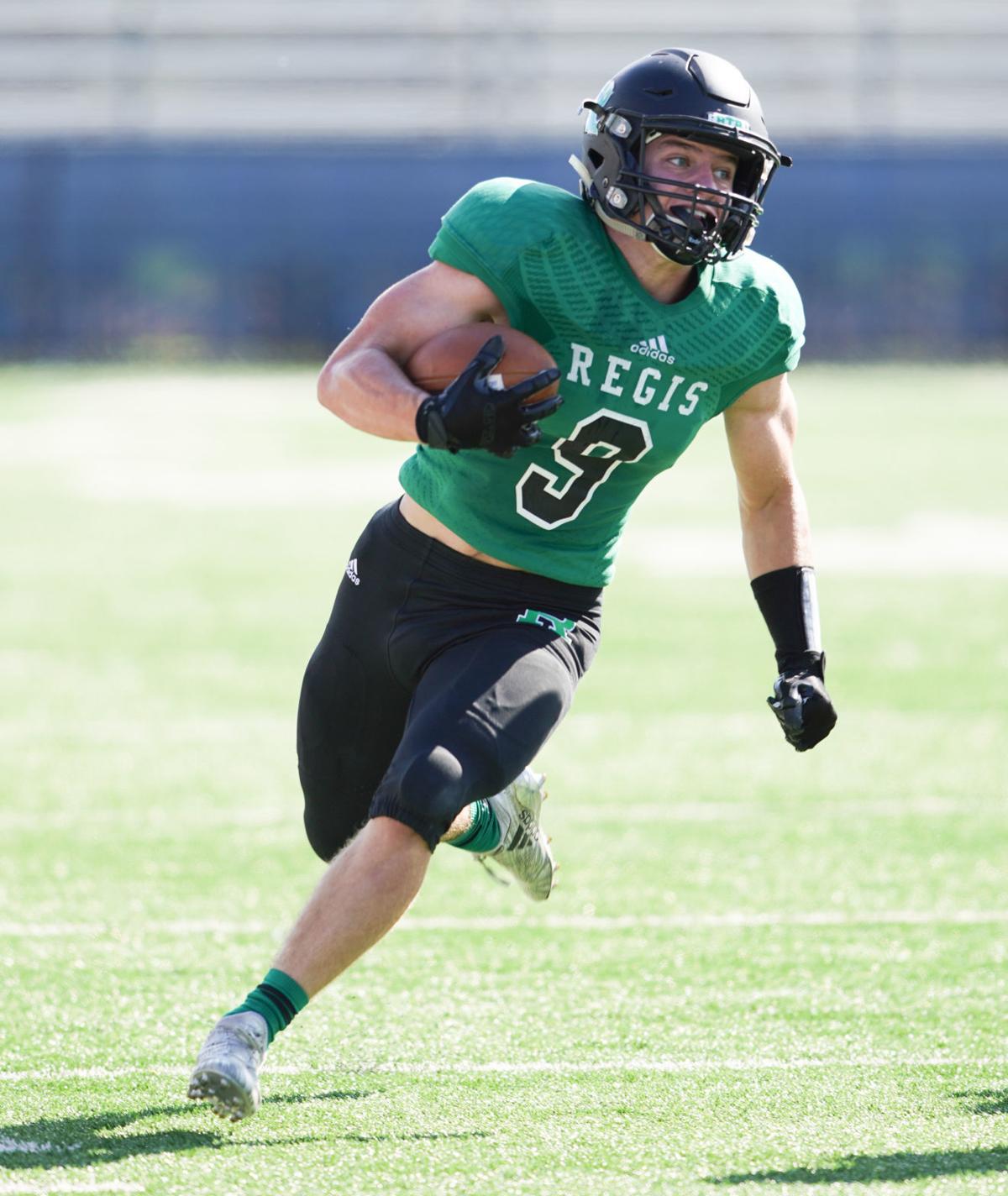 Regis' Tristan Root runs against the Durand defense during the teams' matchup on Sept. 28 at Carson Park. 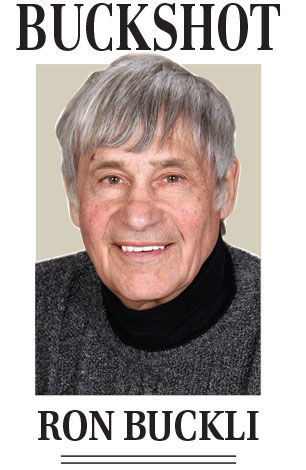 Both are 4-0 in the conference showdown, and have stampeded their way to 7-0 for the season.

Stampede, yes. The host Buffaloes present mind-boggling stats. They have outscored their opponents 352-0. That’s right, to nothing. That’s an average of about 50-zip.

Spring Valley is not far behind. The Cardinals hold an average margin of 39-7 over their foes on the basis of 269 points and 49 allowed.

Of course, that can be based to an extent on strength of schedule, how many times the first guys have played into the second half, etc.

Signature wins? Well, Mondovi has seven of them. The two that stand out are a 26-0 win over Osceola, a winning team in the Middle Border, and a 47-0 blanking of Osseo-Fairchild, which boasts four Cloverbelt wins including last week’s surprising 43-0 win over Altoona.

Spring Valley also has seven but most impressive are a 28-21 over Unity, co-leader of the Lakeland, but more so the 39-0 blanking of Colby, which at the time was a previously unbeaten Cloverbelt power.

Against common opponents in the Dunn-St. Croix, the Buffaloes have a 56-point edge but again, that depends on certain circumstances.

Tanner Marsh, who has rushed for 655 yards, has been a tough-to-bring-down ball carrier for Mondovi while Nathan Fesenmaier has piled up 667 yards for the Cardinals.

And don’t forget the bruisers up front, the guys that do the dirty work but don’t get much hype.

A year ago, Spring Valley beat Mondovi 14-0 and the two teams shared the title with Elk Mound, but this year it will be a winner-take-all.

As far as the playoffs go, both were in Division 6 last year and Spring Valley beat Mondovi 19-14. That may not be the case this season with Mondovi projected for Division 5 along with Elk Mound and powerhouse Stratford with Spring Valley ticketed for 6 along with Regis. That is subject to change.

If you’re looking for a handyman, Jack of all Trades or simply someone who does just about everything on a football field –and has a ball doing it – check out “Tristan of-all-Trades” Root.

The Regis senior again played a key role in the unbeaten Ramblers’ march to the playoffs last week, although he did not run for a touchdown. How could that be?

What else? He averaged 53 yards on seven kickoffs, ran the ball 12 times for 51 yards and was credited with five tackles on defense.

That was one of the reasons the Ramblers beat Cloverbelt title rival Colby 40-9. But that’s nothing new. Its been like that all season.

Root leads the Ramblers in rushing with 510 yards at a 10.4 pace, in scoring with with 13 touchdowns and 122 points, averages 49 yards on five kickoff returns, has booted 35 extra point kicks and 3 of 4 field goals, is the leading receiver in yards with 148 and, yes, on defense has 28 tackles and an interception.

He does everything but clean up the stadium after the game. That’s probably because he is tired after cleaning up everything on the field.

He’ll be back out there tonight trying to do it all over again as Regis hosts Spencer/Columbus.

There’s several other big games this weekend and one of them will be at Carson Park Friday night when Hudson comes to town to face Memorial in a battle of survival between two teams still in the Big Rivers title fight and race for the playoffs.

Hudson has won three of its last four and is the only team to beat Superior, who along with Menomonie and River Falls lead the way with 4-1 records while Hudson and Memorial are close behind at 3-2.

The Raiders have averaged 40 points in their last four conference games and that leaves the Old Abe defense with a mighty challenge.

Memorial is bolstered by the return of Loyal Crawford, who left the Superior game four weeks ago with a hamstring injury and just returned in the 35-0 win over North last week. His effect was immediate as he ran 60 yards to pay dirt on his first carry and appeared healthy.

He’s played in four games, started in two with 619 yards at a 9.8 clip with 11 TDs. The junior complements the Bryson Johnson air game extremely well.

It’s a battle that will be determined by who controls the line of scrimmage.

Last week, struggling Fall Creek got a moment of glory on the 77-yard scoring pass from Brock Laube to Sebastian Maher but it couldn’t prevent Glenwood City from getting its first win of the season 31-20.

Through the years, you don’t see Menomonie often lose on a special teams play but injuries can play a key role at times. The Mustangs’ loss leaves only Regis, Spring Valley, Mondovi and Northwestern remaining unbeaten. The list will shrink again this week.