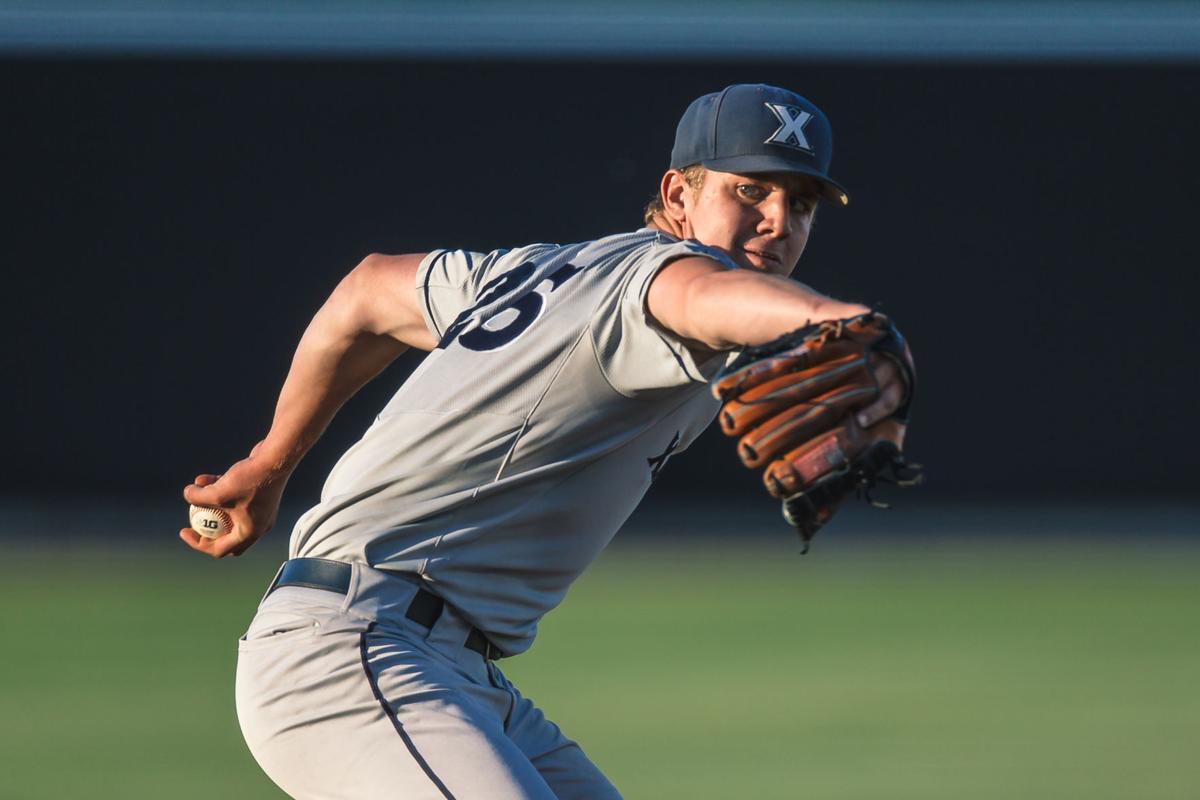 Chippewa Falls native Trevor Olson pitches for Xavier in a game against Purdue in 2019. 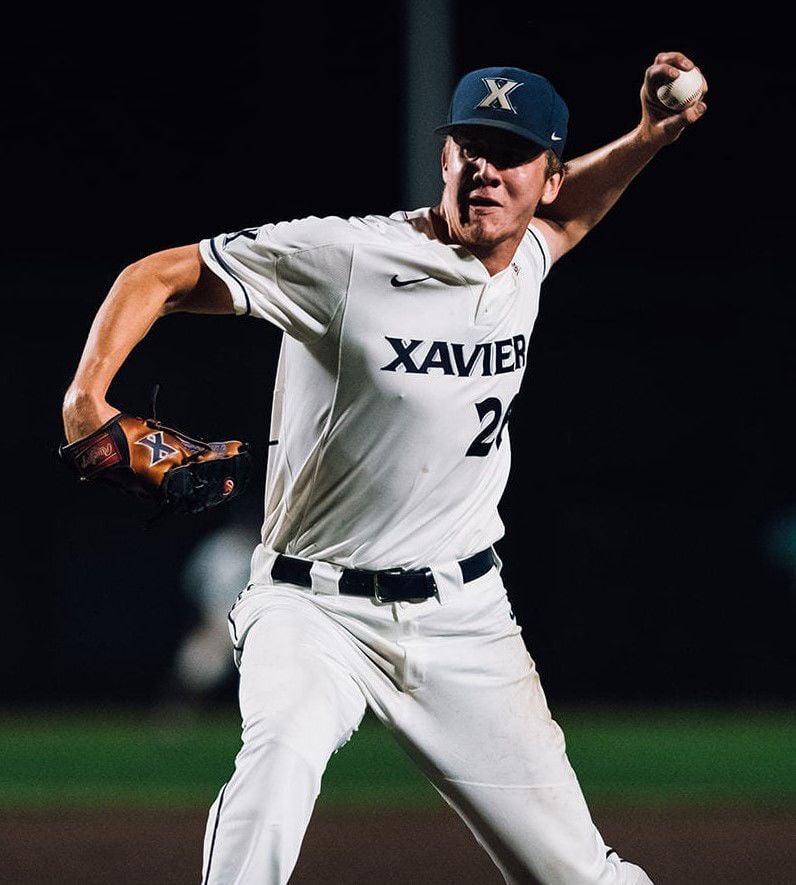 Trevor Olson, of Chippewa Falls, pitches for Xavier during a game against St. John's in 2019. 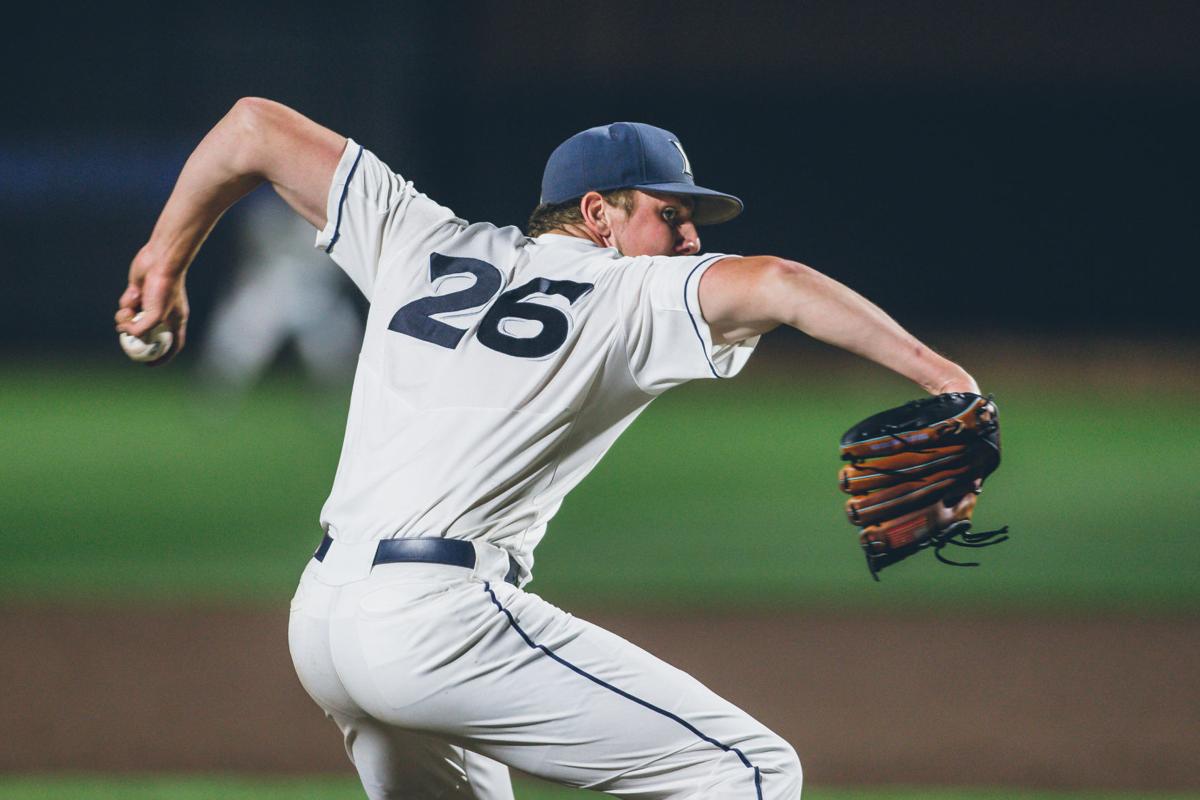 Chippewa Falls native Trevor Olson pitches for Xavier during a game against St. John's in 2019. 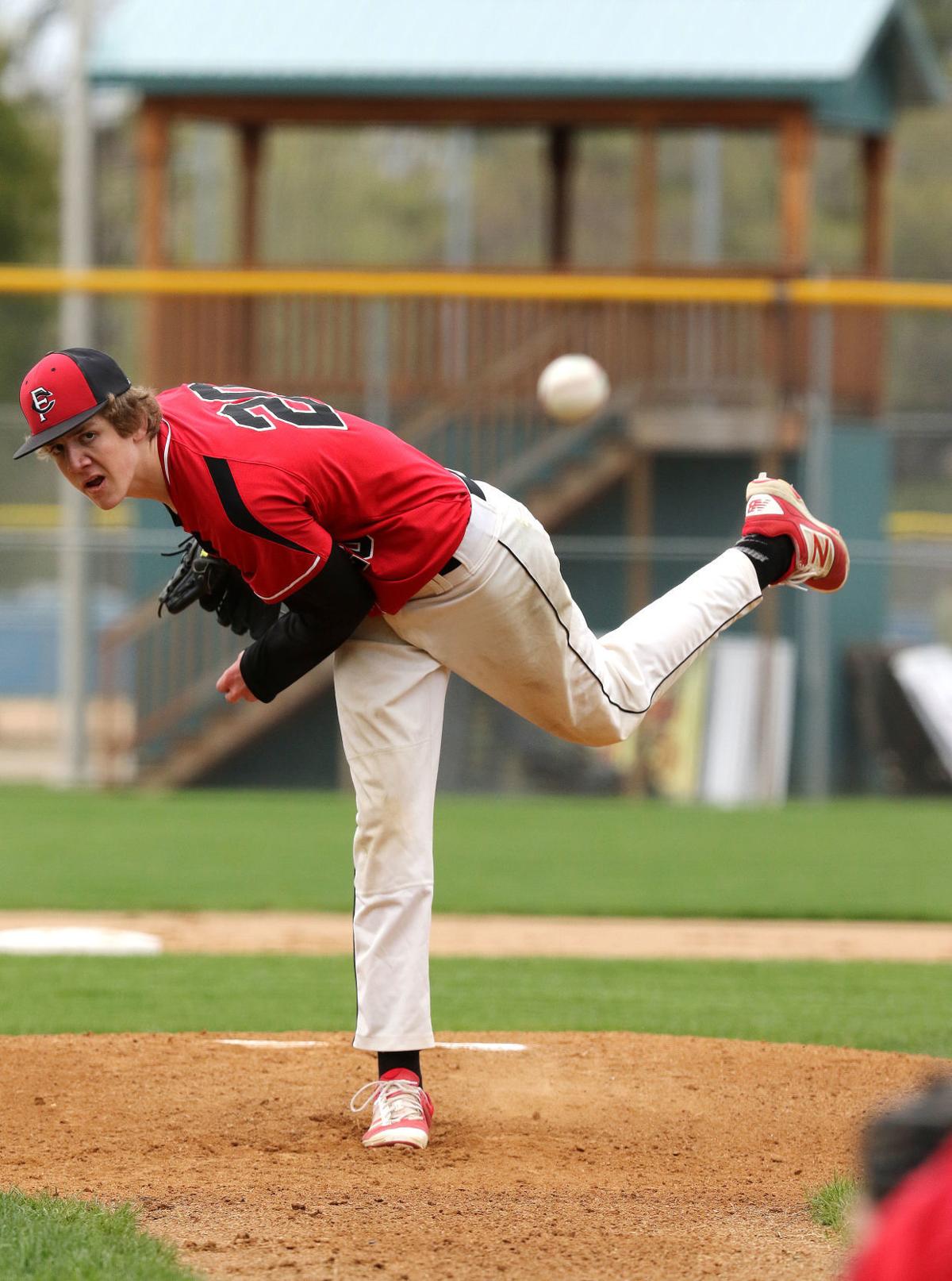 Chippewa Falls native Trevor Olson pitches for Xavier in a game against Purdue in 2019.

Trevor Olson, of Chippewa Falls, pitches for Xavier during a game against St. John's in 2019.

Chippewa Falls native Trevor Olson pitches for Xavier during a game against St. John's in 2019.

A breakthrough is near. Trevor Olson can feel it.

The numbers he has posted in his two-plus years pitching at Xavier might not be quite where he wants them to be, with an earned run average fluctuating anywhere from the 6 to 10 range. But don’t be fooled.

There are signs that the Chippewa Falls native is just a step or two away from putting it all together and shining on the mound. And he’s not the only one to think so.

“He’s flashed some special performances,” Xavier pitching coach Brian Furlong said. “I think it’s really just about him kind of being himself every time he gets the baseball and finding consistency. But he has made a lot of progress, for sure.”

When it comes to special performances, look no further than the junior’s start against third-ranked Louisville in late February this year. Going up against one of the premier college baseball teams in the country, Olson started and worked six innings, holding the Cardinals to two runs. Olson was in line for the win until the Musketeers’ bullpen coughed up a lead in the late innings.

“The Louisville start was some of the better pitching that I think I’ve had in my time at Xavier,” said Olson, a 2017 graduate of Chi-Hi. “Not necessarily based on strikeouts and some of the more obvious stats, but because I was able to throw so many strikes and get a lot of guys out even though the ball was being put in play. The changeup specifically is something that I’ve been tinkering with and asking a lot of different people for advice on, and that was my most consistent game that I can remember where my changeup was utilized.”

Finding ways to carry over progress from one game to another has been difficult at times, though. In his next appearance after the Louisville start, Northern Kentucky scored seven runs off the southpaw.

Olson and Furlong believe that if he can get on an even keel from game-to-game, he can leave a big mark on the team moving forward.

“I think consistency in any sport has a lot to do with a person’s mental approach,” Olson said. “Going into college it’s not necessarily something that a lot of young athletes take super seriously, and at least in my case, I found out pretty quickly how much the mental aspect of the game can affect performance.

“The mental approach is the most challenging to master and it’s something I’m still working on to this day, but I’ve been getting better as time has gone on and I think this upcoming season will show off a lot of the work that I’ve been putting in physically and mentally to the game of baseball.”

Furlong has seen the effort that Olson has put forth to build the physical side of his game. And he’s working to help the lefty get there mentally.

“Things have really come together for him physically,” Furlong said. “He really has put a lot of time into getting stronger, more durable, and his velocity at times has spiked. He’s worked hard on his consistency, mechanically. So to me, a lot of it might be on the mental side of the game. I think he just needs to bring a certain level of confidence every single time he gets the baseball and he’ll be fine.”

While having plenty of extra time to work on his craft before diving back into competitive action could be beneficial, Olson is still hoping to see game action this summer.

He’s eyeing the Northwoods League, where he played with the Eau Claire Express in 2018.

“You get better at baseball by playing baseball, so I think it would be extremely helpful (for him to play this summer),” Furlong said. “We’ve been away from the competitive side of it for so long now, so we’ve been encouraging our guys who have a chance to take advantage of opportunities to safely play baseball to do so.”

Olson is keeping a close eye on developments with the Express.

“I’m very hopeful for the Express to start baseball soon,” he said. “If I was able to get the opportunity to play for them, I think that could help out a lot. (Pitching coach) Vic (Cable) and (manager) Dale (Varsho) definitely know a lot about the game of baseball and another summer, no matter how long, with them could help me to improve my pitching.”

As he preps for his senior season with the Musketeers next spring, Olson’s expected role remains up in the air. He has spent time as both a starter and a reliever in his career, and he could get a chance to slide into a weekend starter role if things come together well.

Until then, he’ll work to continue honing in on that consistency and finding the breakthrough that feels so close.

“I think that a breakthrough is right around the corner,” Olson said.