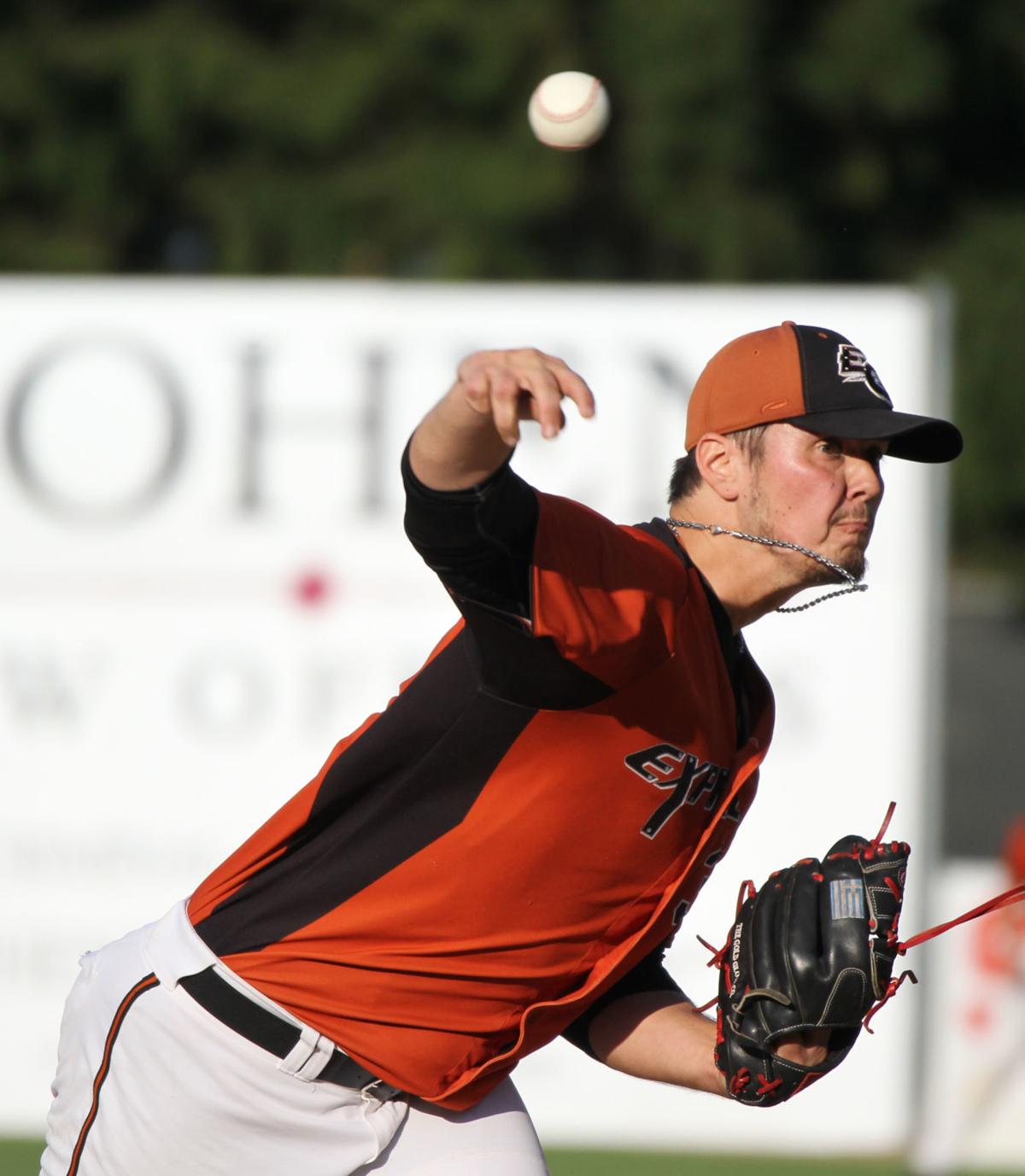 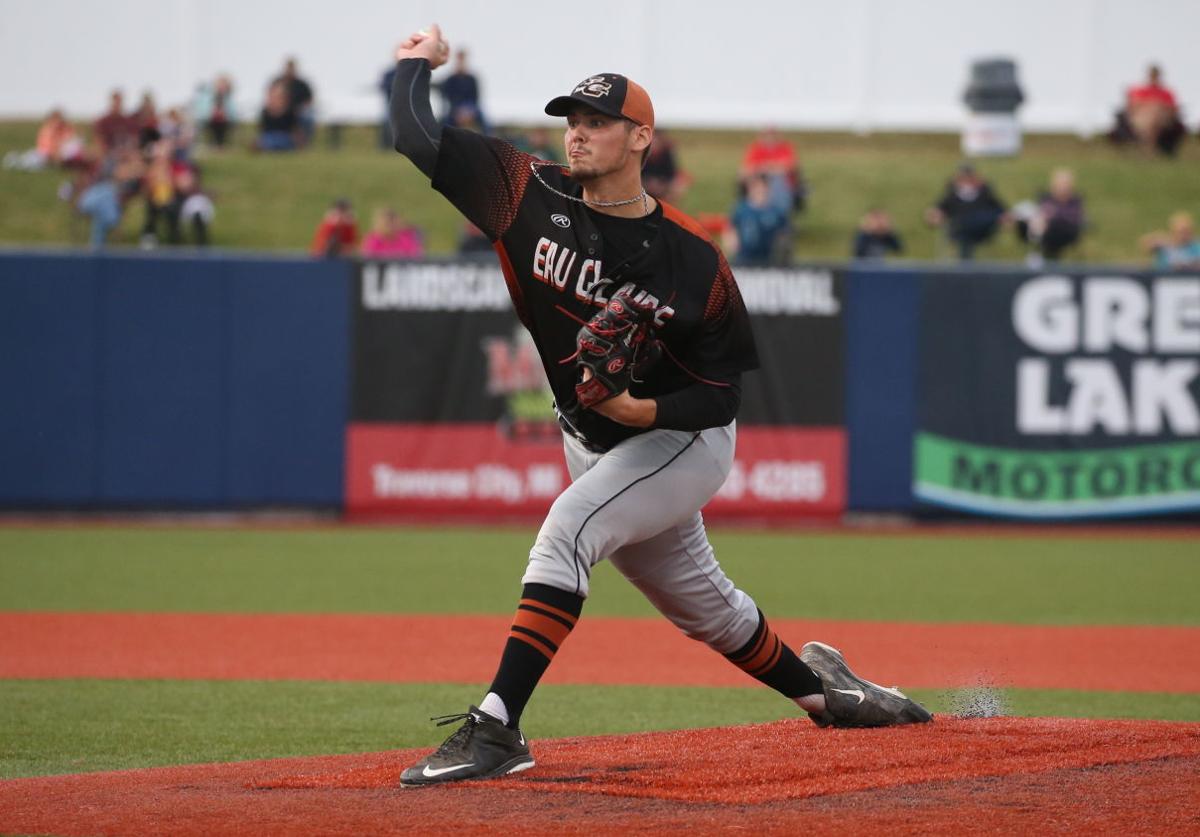 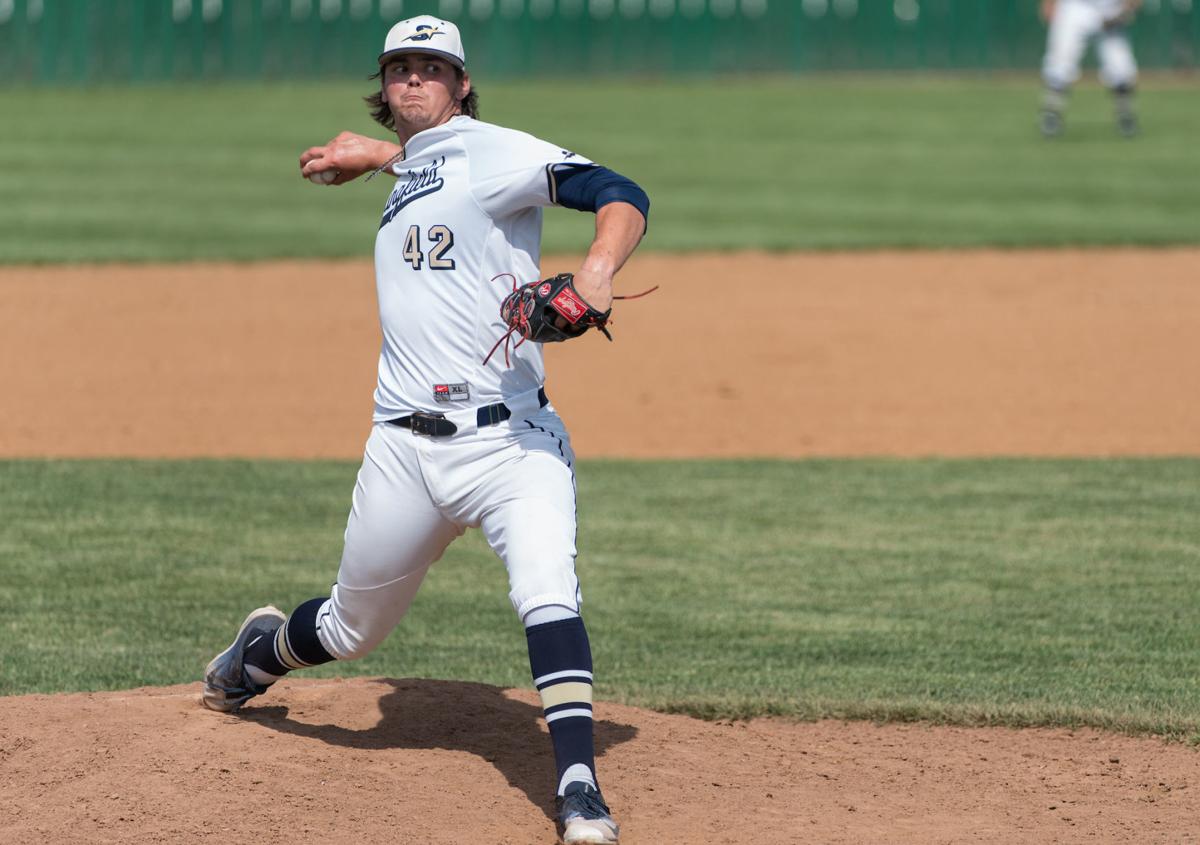 Former Express pitcher Nick Alvarado goes into his motion during an NCAA regional game against Hillsdale on May, 17, 2018 in Springfield, Ill. 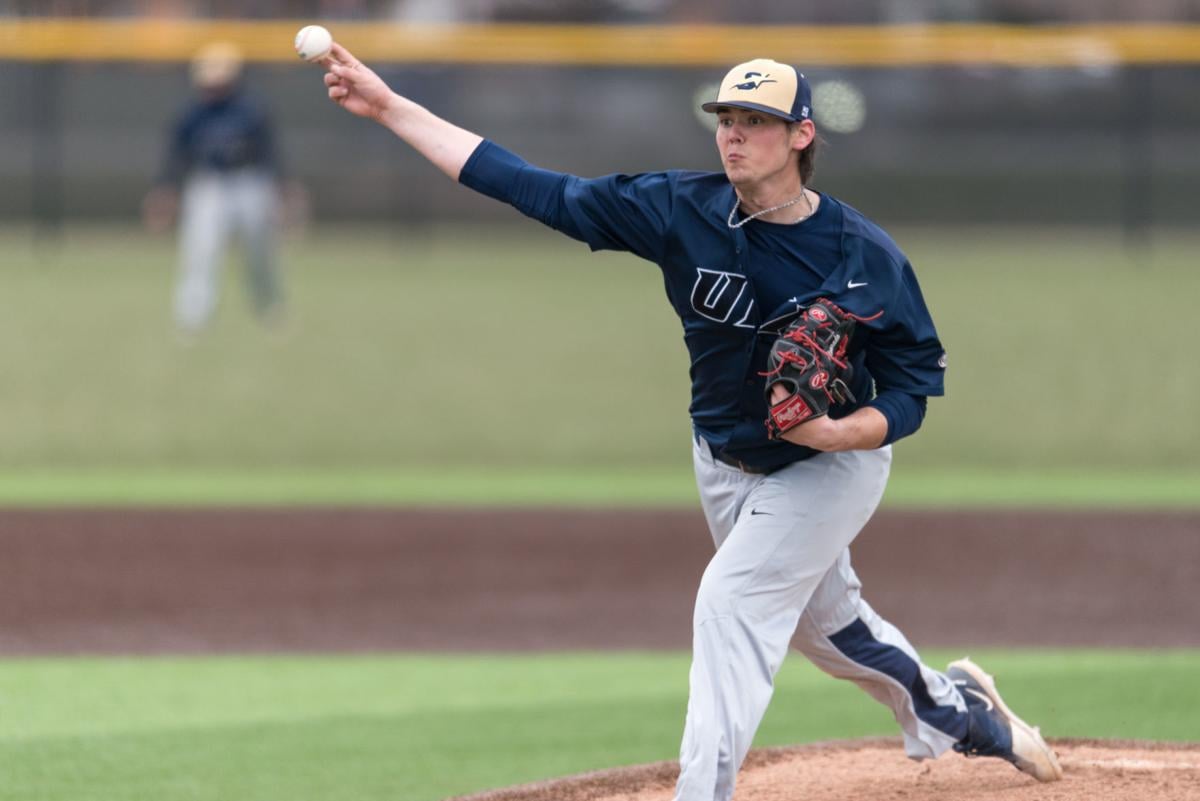 Former Express pitcher Nick Alvarado goes into his motion during an NCAA regional game against Hillsdale on May, 17, 2018 in Springfield, Ill.

Nick Alvarado is about to jump to a whole new level of competition after a graduate transfer to Purdue. And he says he wouldn’t be here if not for the Eau Claire Express.

The righty pitcher could count his collegiate appearances as a starter on one hand when he arrived in Eau Claire last summer. Two games of work, to be exact, but the Express staff saw early in the season he had the traits to make a transition.

“Nick’s a pretty well-disciplined individual,” Express pitching coach Vic Cable said. “He took care of his body, he approaches the game the right way and he’s a real competitor. He wants the ball, and that’s what you’re trying to find in a good solid starter.”

Alvarado said he’s the first to admit his play was shaky at first, but by the time the playoffs rolled around, it was clear he’d found his footing. He opened his postseason showing by pitching six and two-thirds innings of one-run ball in Eau Claire’s 2-1 playoff-opening victory against Waterloo.

He was called on a second time when it counted most, the winner-take-all Summer Collegiate World Series game against the Traverse City Pit Spitters, and once again delivered. The 6-foot-7 thrower allowed just one unearned run in five innings of work, giving the Express a lead they would eventually lose in heartbreaking fashion after turning to the bullpen. His .77 postseason ERA was the lowest of any Northwoods League pitcher with seven or more innings of work. Cable called him a gamer.

Alvarado went back to his college team, Division II Illinois-Springfield, and looked just as dominant this spring. His summer showing helped him move into a starting role with the Prairie Stars.

He allowed just one earned run in 14 innings before the coronavirus pandemic brought his season to a premature end.

“I kind of carried some stuff over from this summer in Eau Claire and worked on some things here or there,” Alvarado said. “Things really started to click.”

And while he lost the opportunity to show his improvement over the course of an entire season, he did display enough to open doors in his NCAA-granted added year of eligibility. He’ll return to DI, a level he started his collegiate career at with Illinois State before transferring.

Alvarado said his scholastic interests spurred the move since he was unable to get into his desired graduate program at Springfield. He praised the school and coach Ryan Copeland and said his teammates will be sorely missed, but the change was necessary for his academic future. He’ll be studying accounting at Purdue.

He tweeted out his highlight reel along with some relevant stats on March 29, a social media post that helped him get on the national radar. The tweet was shared by Rob Friedman, also known as Pitching Ninja, who boasts a follower base over 200,000.

“There’s some coaches that definitely follow that were interested, which was really, really cool to me,” Alvarado said.

He said Purdue was one of the first schools to reach out, giving him a call the day he put his name in the transfer portal. He’ll bring plenty of experience to the Boilermakers considering the 24-year-old is entering his sixth season of eligibility.

“He’s a guy where it’s sure not going to hurt to take a chance on him,” Cable said. “He’s the type of guy you want in your clubhouse. He’ll dedicate himself to the team.”

Alvarado said he was planning on returning to the Express this summer until the team officially announced it will not take part in the 2020 Northwoods season last week. Instead, he might try to find a league around Kansas City he can suit up in.

“Right now I’m just helping my dad work right now, trying to make myself a little bit useful so I’m not just throwing, working out for two hours out of the day and just laying around the rest of the day,” Alvarado said. “Just trying to do something productive.”

When he returns to the college ranks, he’ll join a conference which ranked seventh in RPI last season and a Boilermaker squad aiming to build on a 7-7 finish.

“I’ll be completely honest, I got a couple calls from Power 5 schools and I was completely flabbergasted,” Alvarado said. “I had absolutely no clue that was an option to me. And here we are, I’m committed to a Big Ten Power 5 school.”