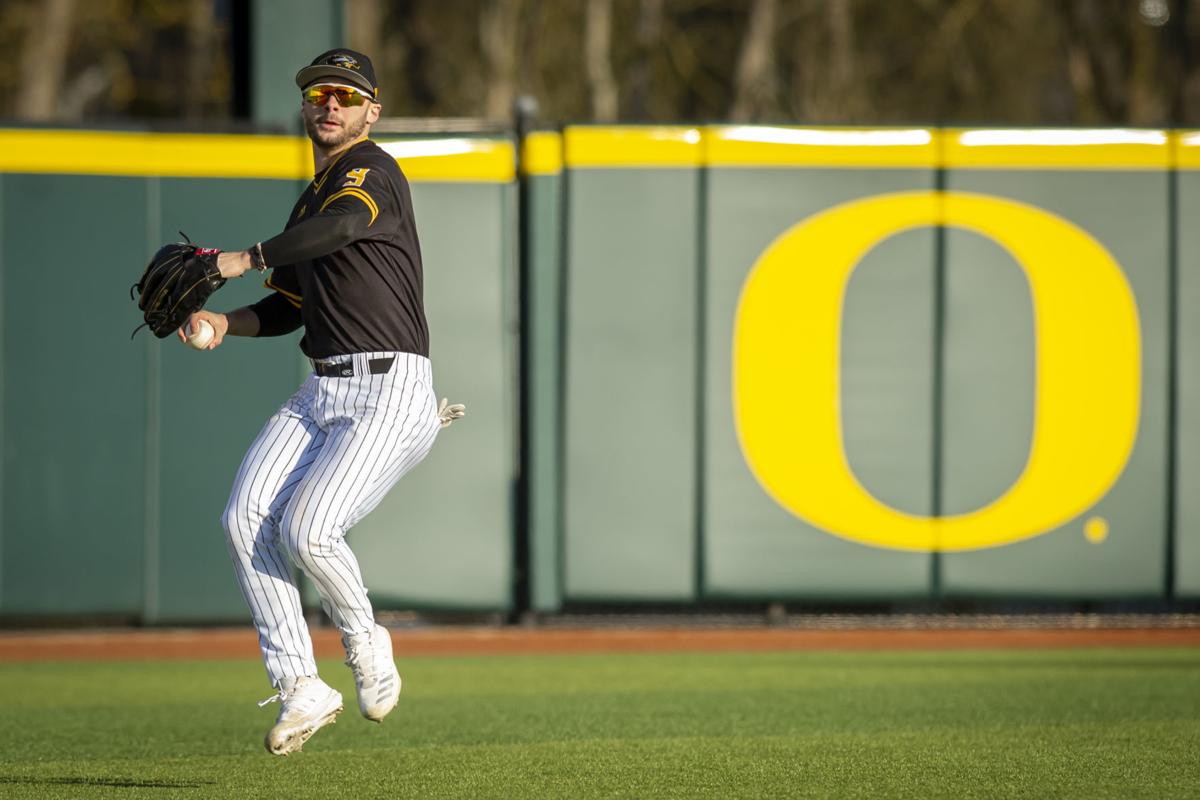 Eau Claire North graduate Adam LaRock fields the ball for UW-Milwaukee during a game against Oregon on Feb. 28 in Eugene, Ore. 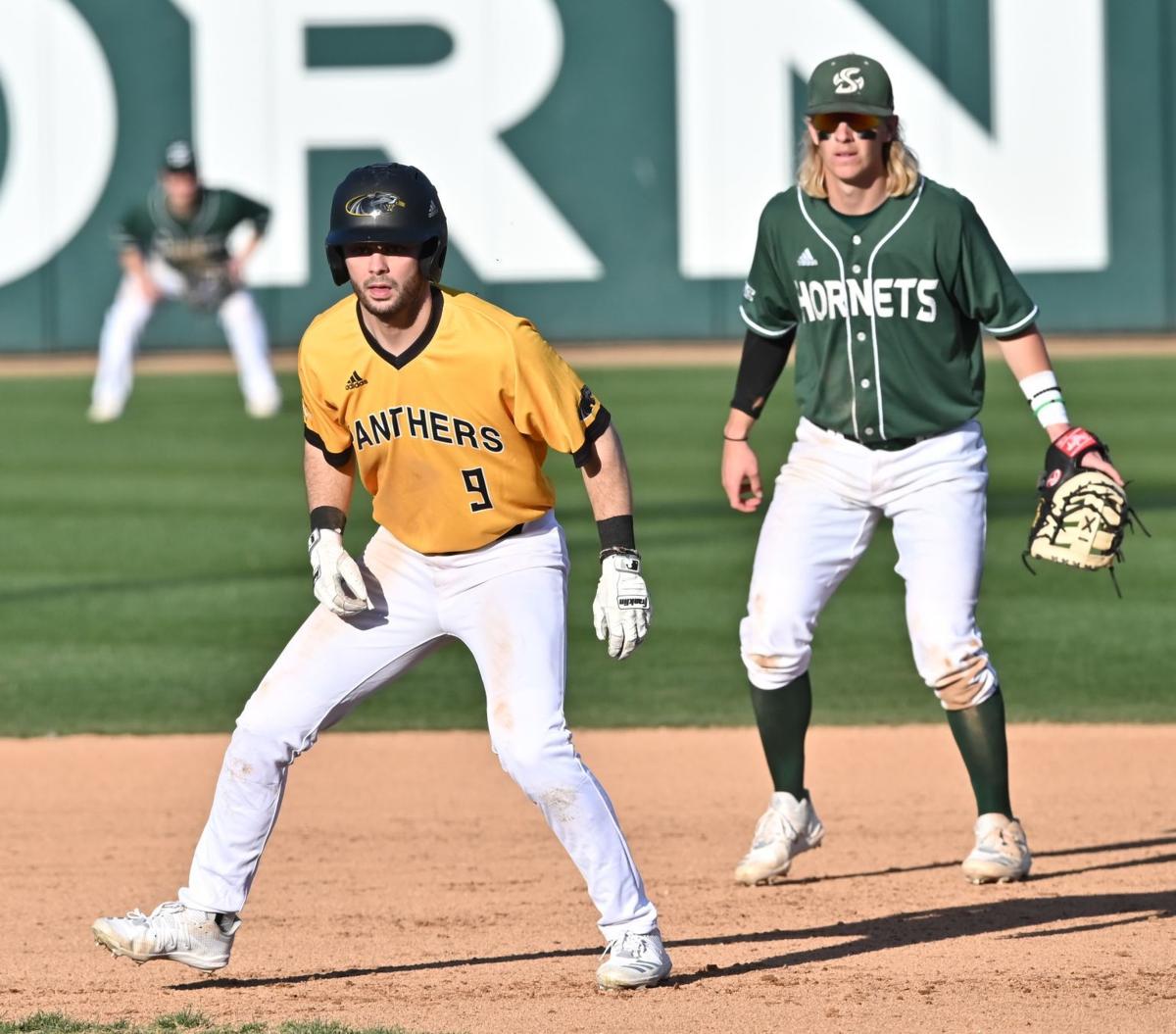 Adam LaRock, an Eau Claire North graduate, leads off a base for UW-Milwaukee during a game against Sacramento State on Feb. 22 in Sacramento, Calif. 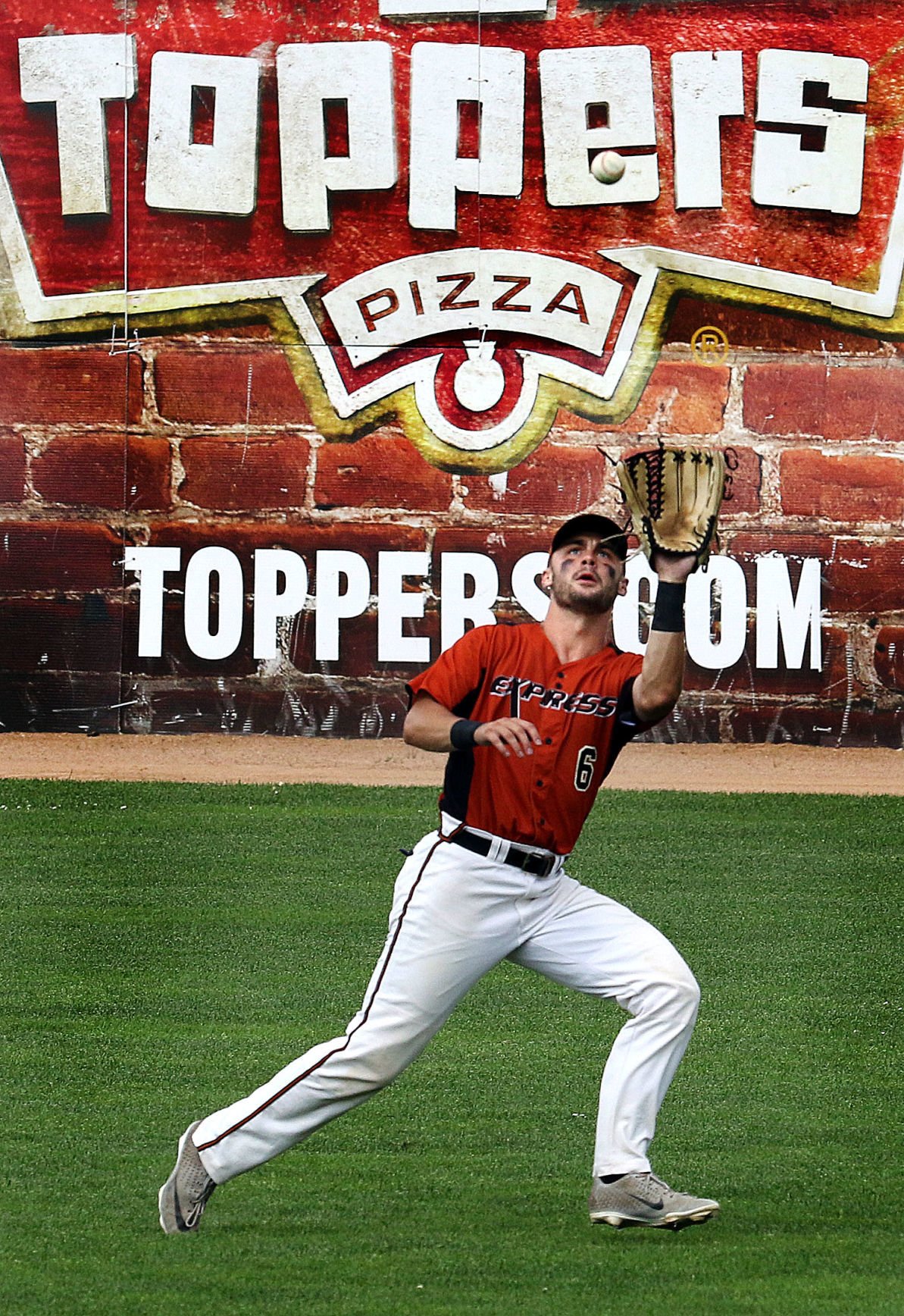 Eau Claire North graduate Adam LaRock fields the ball for UW-Milwaukee during a game against Oregon on Feb. 28 in Eugene, Ore.

Adam LaRock, an Eau Claire North graduate, leads off a base for UW-Milwaukee during a game against Sacramento State on Feb. 22 in Sacramento, Calif.

Adam LaRock pauses and thinks about it for a moment.

Would he want to go back and do anything differently in his college baseball journey thus far?

“That’s a tough question to answer,” he says.

But after a second of reflection, he feels confident in his response.

“I don’t think I would want to go back and change anything,” he says. “Everything that I’ve done over the years has helped me get to where I am today. I wouldn’t be where I’m at now if I didn’t learn from my mistakes, my downfalls, grow from them. So yeah, I wouldn’t want to change anything.”

The rationale is hard to argue with. The Eau Claire North graduate has found a home at the Division I level with UW-Milwaukee, a couple of years after transferring away from Big Ten member Iowa. While Iowa City wasn’t the landing spot he had hoped it would be coming out of high school, the aftermath has been smooth sailing.

After redshirting the 2017 season with the Hawkeyes, LaRock transferred to Madison College to play at the junior college level. The transition was kind to him, with the WolfPack reaching the NJCAA Division II World Series in both of his years spent in Madison. Individually, he was named the North Central Community College Conference MVP last spring after hitting .329 with 49 RBIs.

And now he’s back with another chance to play DI baseball. The utility man started 13 games for the Panthers, who admittedly fell on hard times with a 1-14 record this year, before the season was ultimately canceled due to the coronavirus.

“I love the coaches, I love the atmosphere. The team’s great, we mesh really well together,” LaRock said of his new team. “We struggled at first, as our record showed, but that didn’t define who we were. ... We’ve got an uphill battle still, but we have a bright future for sure.”

The UW-Milwaukee coaching staff was aware of LaRock well before he joined the team. Having played his high school baseball in Eau Claire, he was well-known in recruiting circles.

The Panthers didn’t scoop up his talents out of high school, but they’re glad they got him now.

LaRock can play all over the field, making him a versatile piece of the Panthers’ lineup. He hit .205 in the short season, but was second on the team with six walks.

And he brings a wealth of experience to the Milwaukee dugout too.

“He’s kind of been through the ringer. He’s seen a little bit of everything,” Doffek said. “For us, we have a really young, inexperienced group, so to have somebody come in who’s been around the block a little bit is big.”

Part of that experience is a taste of success. LaRock found plenty of that at Madison College, where he said he was able to mature both on and off the field.

“I learned a lot about my character, I learned a lot about respecting the game of baseball and owning up to your responsibilities,” LaRock said. “Coach (Mike) Davenport did a great job with that, he’s one of the greatest coaches I’ve had. He really drilled in to pay attention to detail and if you try your best every single time, you can’t be upset with the results.”

Having his first season at Milwaukee cut short was disappointing, LaRock said, and he’s not sure where he’ll be playing baseball this summer yet. He’s keeping an eye on the Northwoods League and other local options in Wisconsin as well.

LaRock has played three seasons for the Eau Claire Express. He was part of the team that reached the Summer Collegiate World Series last August.

Wherever the chips fall this summer, he’ll be back for his senior season at Milwaukee next year. Beyond that, he hopes that he can take his career to the next level with the professional game.

“I think he just needs a little more consistency,” Doffek said. “I’d like to see him be a little more aggressive at times at the plate when he’s in leveraged counts. I think when he does that, you’ll see his extra-base hit numbers pop. He has the skill set and the tools to (get to the next level), it’s just a matter of consistently executing what he’s trying to do.”

Given how well-traveled his career is to this point, LaRock has already shown the ability to adjust on the fly.

Just look at where he is now.

“That’s the struggle with college baseball sometimes, and just college in general. You maybe don’t know what you want at first, or sometimes life works out in different ways, but everything happens for a reason,” LaRock said. “I had a great learning experience at every single place and I grew at every single place, but Milwaukee is definitely a place that fits.”