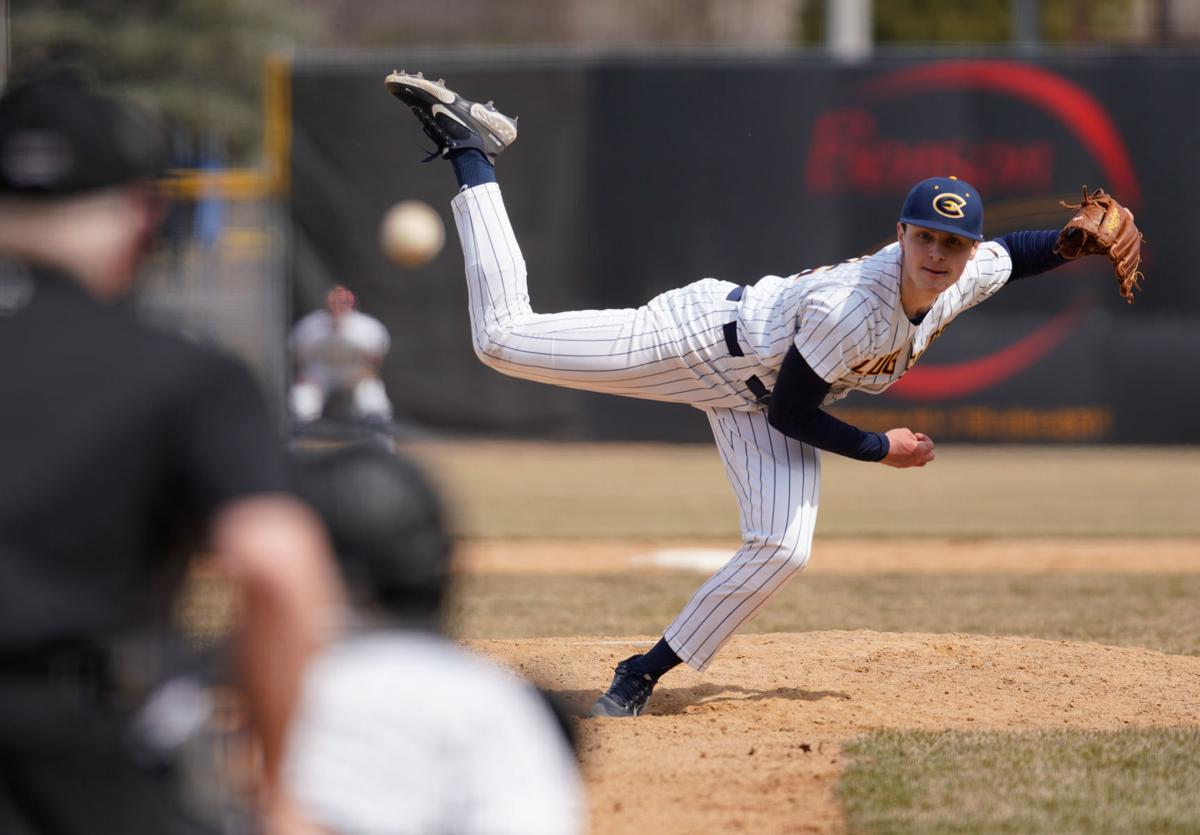 UW-Eau Claire’s Will Mosinski throws a pitch during a baseball game against UW-Oshkosh on Friday at Carson Park. 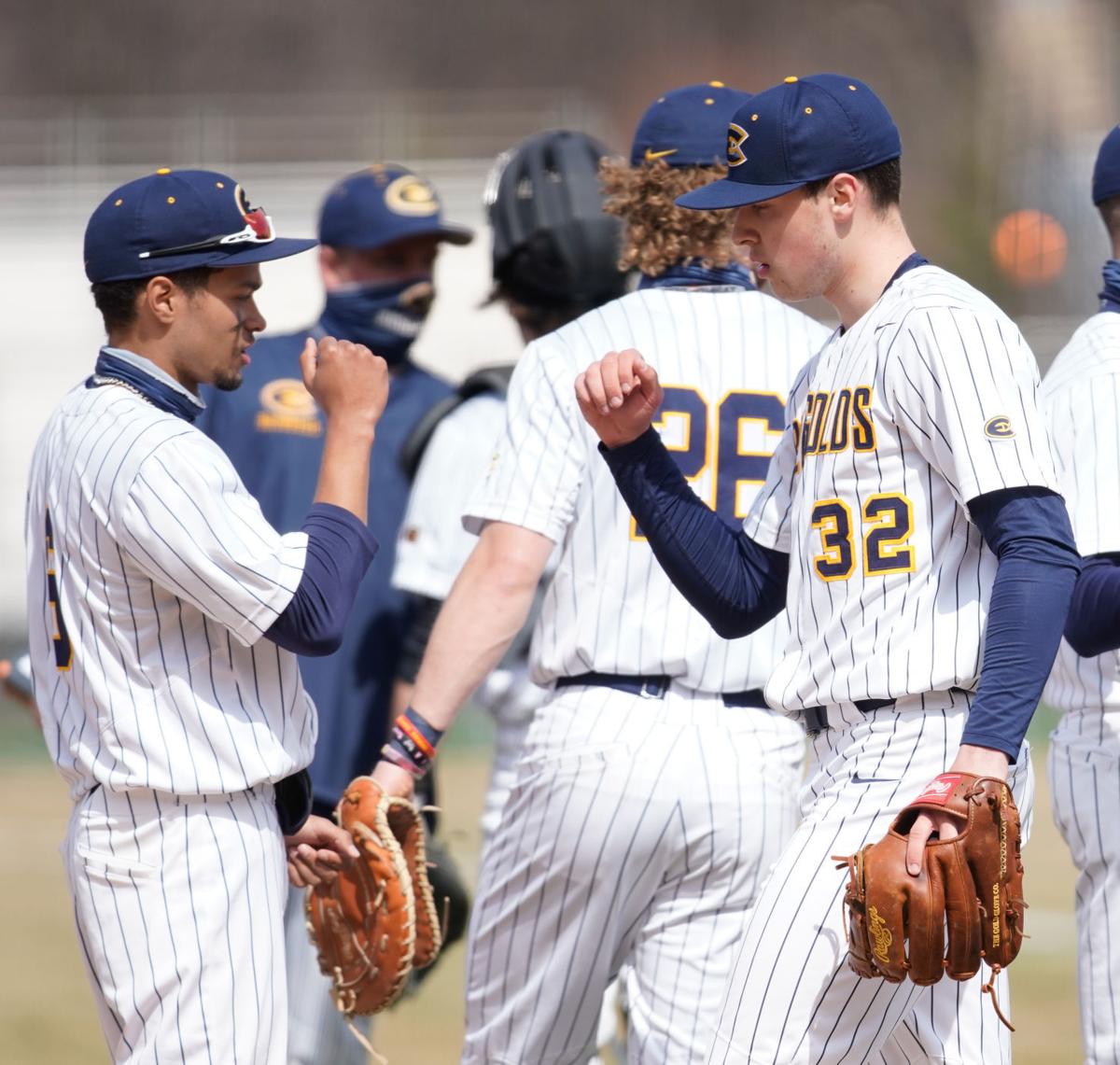 UW-Eau Claire’s Elyjah Johnson (left) greets Will Mosinski (32) at the dugout during a baseball game against UW-Oshkosh on Friday at Carson Park. 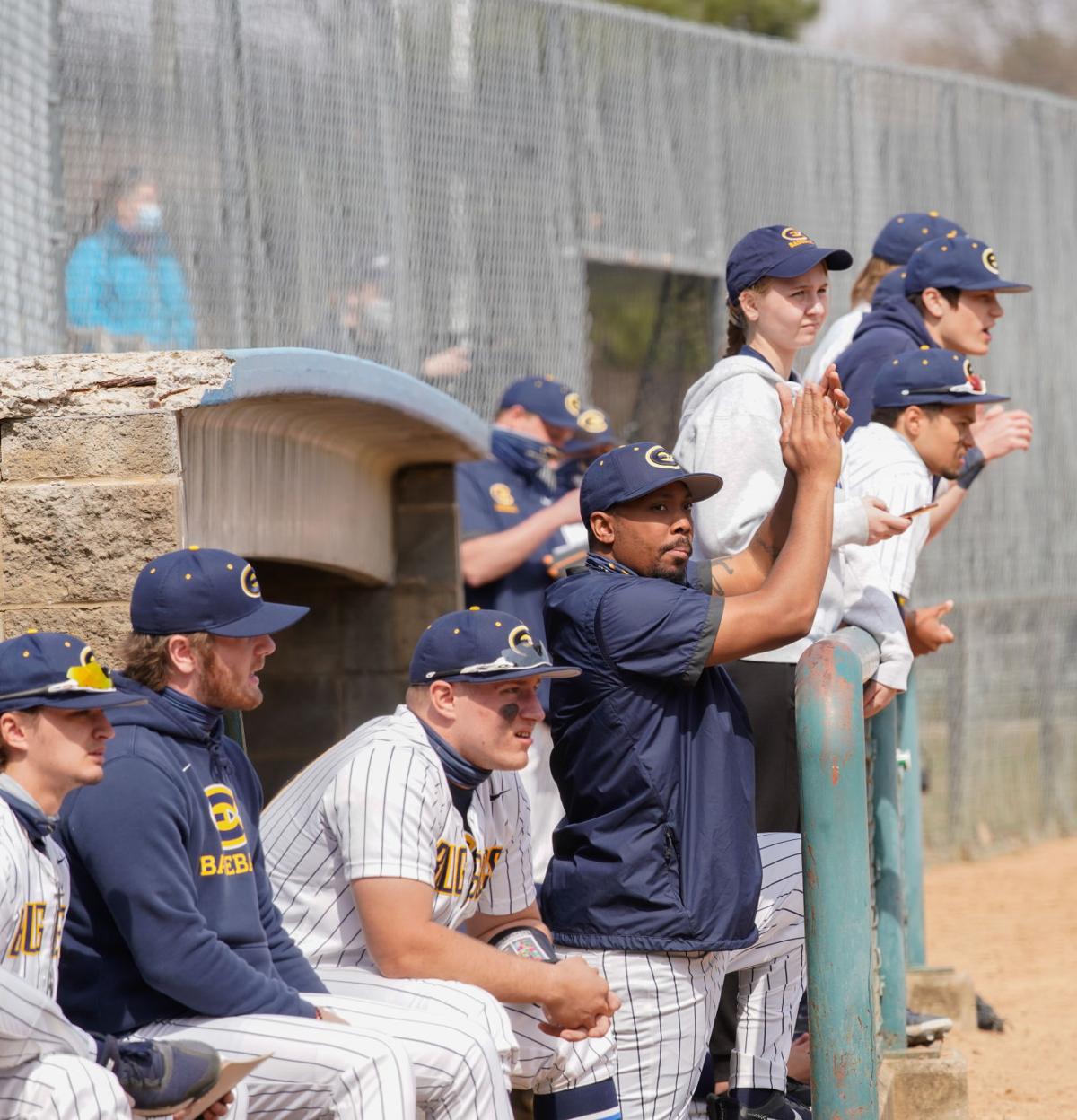 UW-Eau Claire head coach Charles Bolden (middle, clapping) and the Blugolds dugout watch the action during a baseball game against UW-Oshkosh on Friday at Carson Park.

UW-Eau Claire’s Will Mosinski throws a pitch during a baseball game against UW-Oshkosh on Friday at Carson Park.

UW-Eau Claire’s Elyjah Johnson (left) greets Will Mosinski (32) at the dugout during a baseball game against UW-Oshkosh on Friday at Carson Park.

UW-Eau Claire head coach Charles Bolden (middle, clapping) and the Blugolds dugout watch the action during a baseball game against UW-Oshkosh on Friday at Carson Park.

Professionals and amateurs alike have called it home at one point or another. And now, Eau Claire’s college baseball team can add its name back onto the list.

UW-Eau Claire made its return to Carson Park on Friday, playing its first two games at the historic baseball stadium since the program was discontinued in 1995.

After 26 years away, the Blugolds are back home.

“It was great to get out,” UW-Eau Claire coach Charles Bolden said. “The atmosphere early was really, really good, it was a beautiful day. Everything we could have asked for as far as having the weather to play and just having a positive atmosphere out here.”

The fanfare surrounding the landmark moment was clear to see. With the game open to the public, fans filed into the stadium eager to see the first contest played at the stadium since the pandemic began and the return of the hometown team. UW-Eau Claire Chancellor James Schmidt marked the occasion by tossing out a ceremonial first pitch.

It was good to be back.

“It’s good having the support from the community as well as people at the school,” Bolden said. “I saw some of the other coaches out here. It was really nice of them to come out and support us.”

But for all the buzz permeating through the occasion, the Blugolds were reminded there’s still work to do. UW-Oshkosh swept both games of the doubleheader, 18-5 and 13-4.

The Blugolds are young — most of the players are freshmen — and recognize that finding success is a long process. They’re still seeking their first win, dropping to 0-10 after Friday’s defeats.

The building blocks are now in place though. The Blugolds have found their home stadium and are forming an identity.

UW-Eau Claire put up a fight through a good chunk of both games, but the Titans piled on their runs late in both contests. Most notably, Game 2 entered the ninth inning tied at four before UW-Oshkosh scored nine runs.

Henry Pitsch went 3 for 3 in the first game, while North graduate Elyjah Johnson was 2 for 4 with a pair of RBIs in the rematch.

The Blugolds have been able to score their fair share of runs, but are trying to find ways to keep their opponents off the scoreboard. They issued seven walks in Game 1 and 14 in Game 2.

“The bats are starting to come around better, which is really positive to see,” Bolden said. “Our pitching is becoming better. Again, we’ve just got to do it for nine innings, be a full-game team instead of just having it in spurts. Once we can put it together for a full game, we’ll be in good shape.”

They’ve checked most of the boxes for the return of their program, from hosting their first practice to returning to Eau Claire’s baseball hub at Carson Park. Now the Blugolds look forward to ticking off the last milestone: getting in the win column for the first time.

“We’re trying to think about what to do next and what we’ve got to fix,” freshman Anthony Pogodzinski, a North graduate, said last week. “Just trying to fix those little details and make ourselves better, both individually and as a team.”

The Blugolds return to Carson Park on Tuesday, with a doubleheader against UW-Stout slated to begin at 1 p.m.