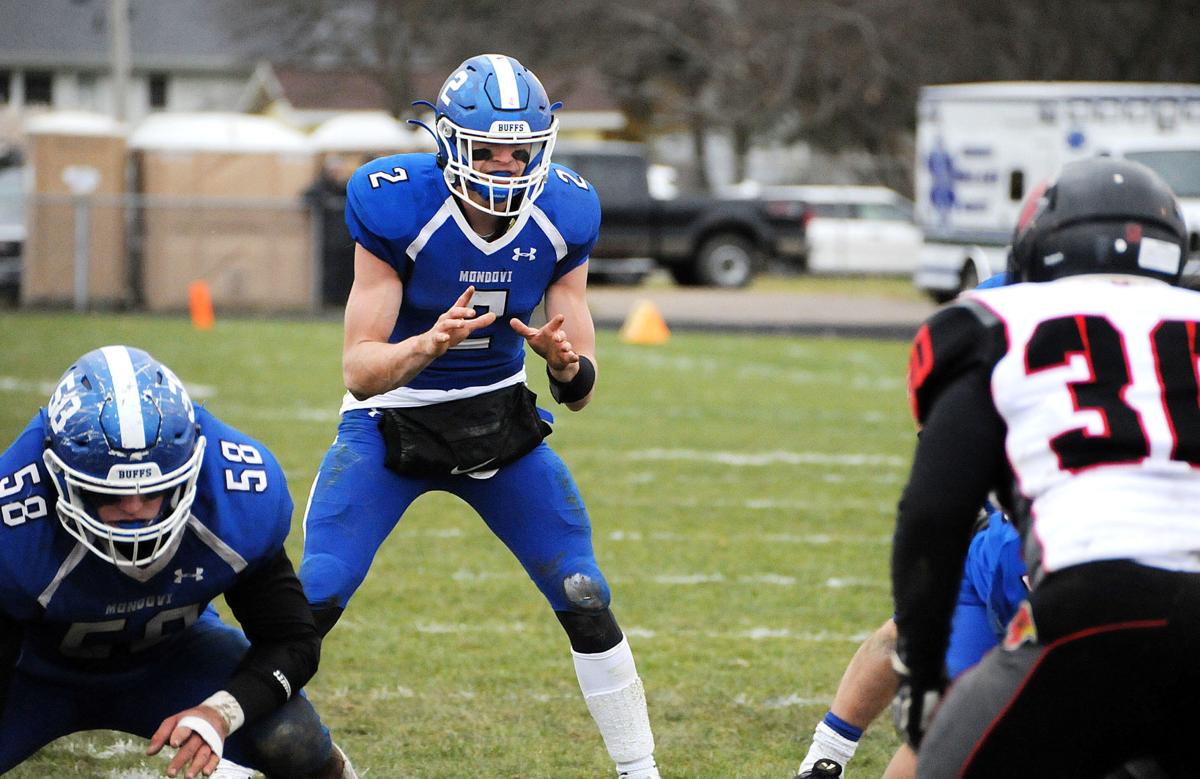 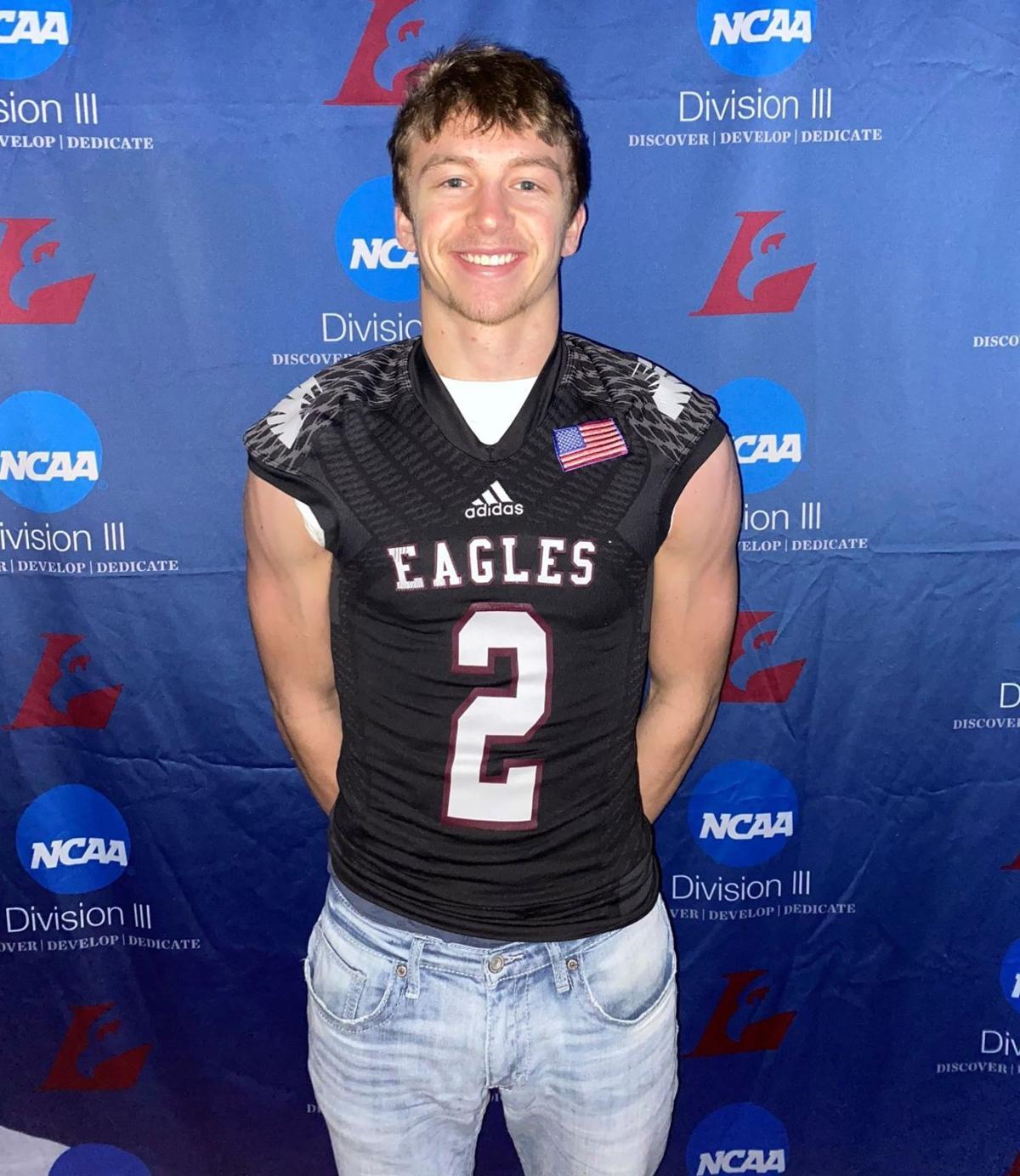 The leader of the Buffaloes opted to slide Carter Johnson from wide receiver to quarterback, a position the senior hadn’t played since middle school. Loscheider knew he was the biggest weapon in the team’s arsenal and putting him under center would alleviate issues from the year prior, when the offense struggled to get Johnson involved.

Even the most positive-minded members of the Mondovi football program couldn’t have predicted how well Johnson would adjust.

The righty thrower became a dynamic dual threat, passing for 1,713 yards and running for 1,198 while leading the squad to the Division 6 state semifinals. Combined, he accounted for 42 touchdowns in 13 games.

He was efficient too, hitting on 51% of his passes and only throwing four interceptions. At the end of the season, he was named the Leader-Telegram’s All-Northwest first team quarterback.

“I want to take credit and feel good about how well it worked out, but the fact is I didn’t know what he’d be like,” Loscheider said. “I knew he was athletic and I knew he gave us a chance to win because he had the ball in his hand but what he was able to do was pretty special.”

And after some initial worry that moving away from his traditional offensive position would hurt his recruiting process, he played well enough to garner college interest as a QB prospect. After just one year of varsity experience under center, Johnson will continue honing his quarterback skills at the next level at UW-La Crosse.

Surprised? Johnson admitted even he was a bit taken aback.

“I honestly kind of was,” Johnson said. “River Falls had talked to me about playing quarterback too. Eau Claire kind of talked about me playing wide receiver and those Division II schools I got offers to, that was more on the defensive side. When La Crosse mentioned the quarterback thing, that was another thing that made me want to go there.”

Johnson proved this fall he was more than a wildcat QB. UW-La Crosse coach Matt Janus saw college-level passes on film, as well as the speed and agility that will make him tough to handle in the WIAC.

But just like Loscheider, Janus wants to keep the ball in Johnson’s hands. The first-year head coach, who is taking over from Menomonie native Mike Schmidt, said he told Johnson the plan is to develop him as a signal-caller.

Johnson is likely among the least experienced quarterbacks in the country to jump to the college level. Many train for years, going to quarterback camp after quarterback camp to learn the skills it takes to make it at the most important position in the sport.

But even as a novice, Johnson has traits that should translate at the next level quickly.

“We’ve had some success with Keyser Helterbrand out of Hudson, a kind of similar role where we’re able to bring Keyser in in some quarterback run situations early as a true freshman,” Janus said. “He may not be there from the quarterback standpoint yet or not there with the reads yet, but he can still run the football for us.”

Progressing his quarterback instincts is the long-term goal.

“I think it’s going to take some time,” Johnson said. “Obviously I’m pretty raw as a quarterback but I think my football IQ is pretty good and I guess I take in a lot of things pretty fast. I think I’ll do just fine in a year or two.”

Loscheider said most of Johnson’s big plays at Mondovi were the result of buying time with his feet and finding open targets or rolling out of the pocket. He’ll need more seasoning to consistently go through his reads.

But every once in a while there was that stellar glimmer of potential, like when he rocketed a 40-yard pass to Nolan Seipel to get Mondovi out of a deep 3rd-and-38 situation against Durand.

“That’s what’s exciting about his chance to play college quarterback,” Loscheider said. “With a quarterback coach and instead of splitting practice 50/50 with defense … it’s crazy what he might be able to do because he did what he did with very little.”