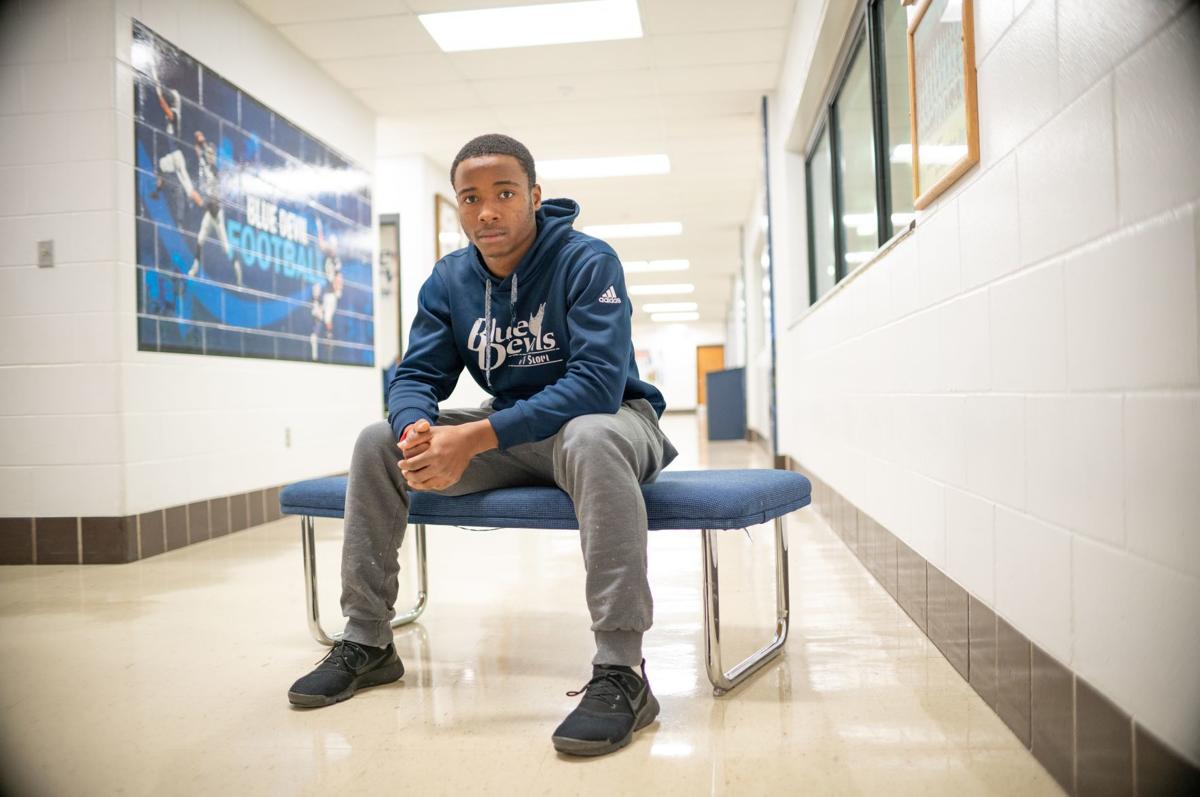 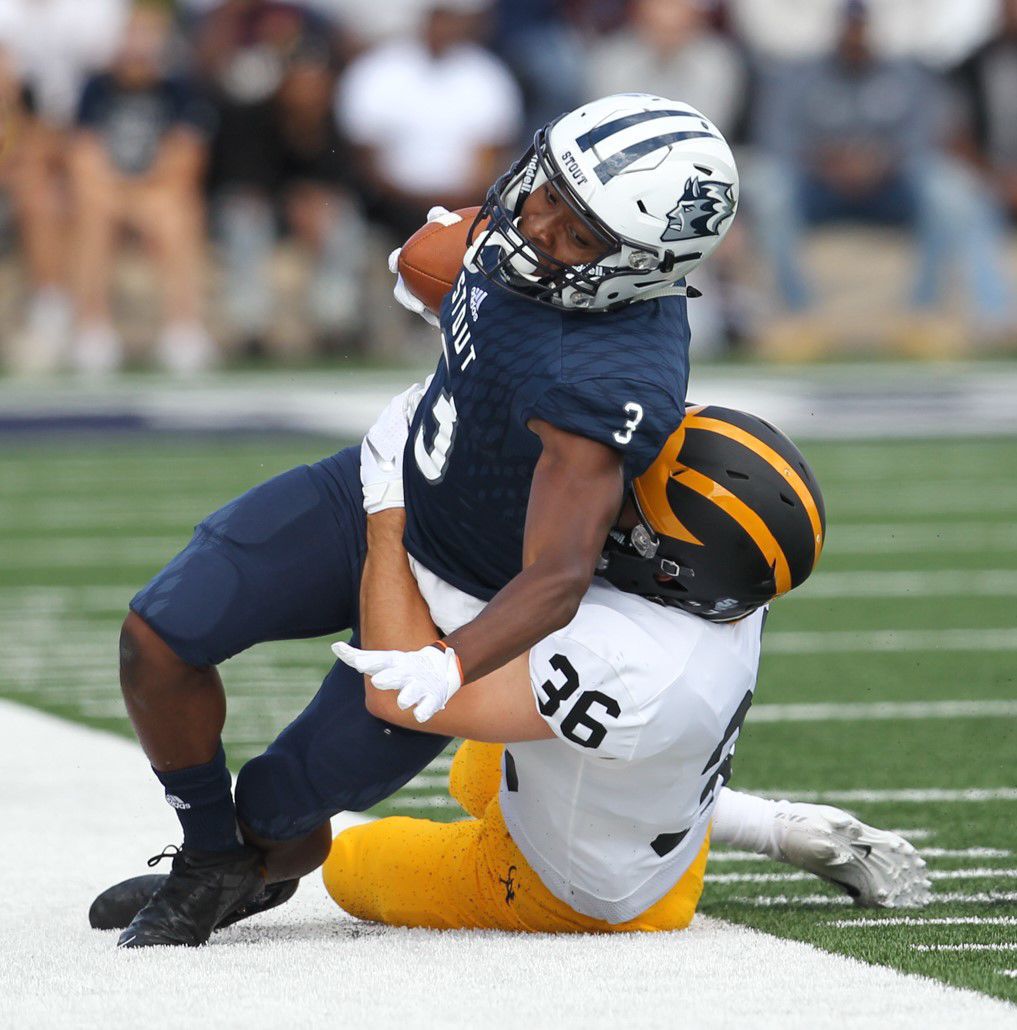 Two minutes remain in 2011’s Super Bowl XLV and the Pittsburgh Steelers are about to get the ball back with a chance to take the lead. Millions of Americans across the country are glued to their television sets, finishing off the last few chicken wings and nachos at their Super Bowl parties as the game comes to a dramatic close.

In Chicago, 13-year-old Levy Hamer, his brother and mother are sitting in a laundromat watching the game on a small television. They aren’t here to do laundry. Instead, they sit in the warmth of the small business, enjoying the smells of the washing detergent while escaping the troubles of their lives to watch the Super Bowl for a few hours.

Just as the Steelers begin their offensive march, Hamer’s mother Jeannine Terrell decides it’s time to go. It’s getting late and they have to return home to their apartment around the corner in the East Chatham neighborhood of Chicago’s south side.

Home is cold and unwelcoming. There is no television and certainly no Super Bowl party here. Instead, this is the apartment where Hamer will live off-and-on for four more years until the summer of 2015 when what he had long dreaded would become a reality. On August 20, 2015, Hamer joined the approximately 2.5 million American children living homeless.

“You don’t just forget something like that,” Hamer said, remembering the exact day he said he officially became homeless. “That’s something that sticks with you forever.”

Today, Hamer’s life is very different. He’s 20 years old, living 350 miles from home in Menomonie, attending college and playing football as a redshirt sophomore at UW-Stout. Here, his life is stable, and it has allowed him to flourish on the football field where he’s become one of the most prolific receivers in Blue Devils history.

He’s a different person these days. He’ll talk about his past and he’s comfortable in his own skin after years of hiding his life from almost everyone around him.

“I didn’t want other people to see me as a homeless kid,” he said. “I couldn’t do anything about it so it made no sense to try to be popular. ... Everything that you could do that involved being a child or a teenager kind of was overshadowed by being homeless.”

Just from looking at him, you’d have no idea what he was going through. He never looked dirty, according to one of his teachers, Devin Jones, and only if you really got to know him would he open up about his life.

At home, his mother suffered from schizophrenia. It was exacerbated after a tragedy in the family that left his uncle incarcerated.

“You could just see it in her eyes. She was just scared about something,” Hamer said.

“She always had some fictionalized scenarios that she made up. That just showed you she wasn’t stable enough to take care of other things.”

She struggled to maintain a job and as her mental health deteriorated, so too did the family’s situation. Eventually, it became untenable and Hamer was forced into homelessness.

“I didn’t want to go,” Hamer said, remembering the first night in a shelter. “I was doing it just so my mom could have a place to stay mostly. I could have stayed somewhere else if I wanted to, but I was doing it for my mom. ... I can’t see my mom on the street.”

The family bounced from shelter to shelter, rotating to and from different homes trying to find refuge wherever they could. Once inside, the shelters were often dirty, Hamer recalled. Showers were sometimes limited to twice a week and the smell could be indescribably awful. After a cold, restless night sometimes with just a thin sheet and no pillow, Hamer began his long hour-plus trek to school.

Food was the other problem in Hamer’s life. It was often scarce, forcing him to make tough choices. On good days, he was resourceful. He’d scavenge through the couch looking for money or opted for canned foods over candy and chips because it would last him longer. When money got really tight, he’d avoid taking the bus, opting instead to make a 30 minute walk through the cold Chicago night to save two dollars on bus fare and buy extra noodles at the corner store.

Then there were the really bad days, when Hamer was forced to make the hardest decisions.

“I’d just find a way to eat any way possible,” he said. “Sometimes it was doing stuff you shouldn’t be doing, but it’s either that or not eat. As a 14-year-old or 12-year-old, you’re going to try to find some snacks in the grocery store and eat them in there. It wasn’t the right thing to do, but I did it.”

Through it all, Hamer was able to turn his God-given athletic ability into football prowess. That skill on the football field was clear to everyone when Hamer was young. His older brother Roosevelt Terrell said the way he could contort his body to avoid defenders was evident during Hamer’s days playing flag football, let alone tackle.

Once in high school, Hamer was a star on the field. He set the single-season receiving touchdown record at St. Laurence High School and was named to the all-conference team during his senior year. When Stout came to Chicago to offer him a spot on the team, he accepted instantly.

And yet, it wasn’t until he moved to Menomonie in 2017 that he said he truly realized his childhood was different.

“Growing up it was normal,” Hamer said. “I didn’t even care, I was just being me, just doing what I was doing, just trying to survive.”

He was able to avoid the brutality of his environment, the drug abuse and gang violence that Jones said was common around Hamer’s neighborhood. Even when Hamer saw someone get shot just a few blocks from his house, he said it hardly fazed him.

But in Menomonie, it was all different. Between studying for his business administration degree and playing football, his life is stable. He’s able to pay for university through financial aid and student loans and he’s become comfortable enough to share his story.

“Once I knew I wasn’t homeless anymore, that was a big thing,” he said. “Once I got here it was like a whole new life. I’m not going to forget, but it wouldn’t be bad to build a new life.”

On the field, he’s already fifth all-time in receiving yards in school history after completing his second year with the team on Saturday. But he wants to have more of an impact on the community than just electrifying the fans. He knows what it’s like to be at the bottom and he doesn’t want anyone to have to experience what he did.

“I want to help people,” he said. “I help with the canned food drive here because not finding something to eat is sad.”

It’s been three years since Hamer overcame his situation and moved to Menomonie. He’s driven by his past, never forgetting where he came from and motivated to continue climbing up from nothing.

“From where I came from to where I am now, I have broken plenty of odds for sure,” he said. “Being homeless keeps me going.”