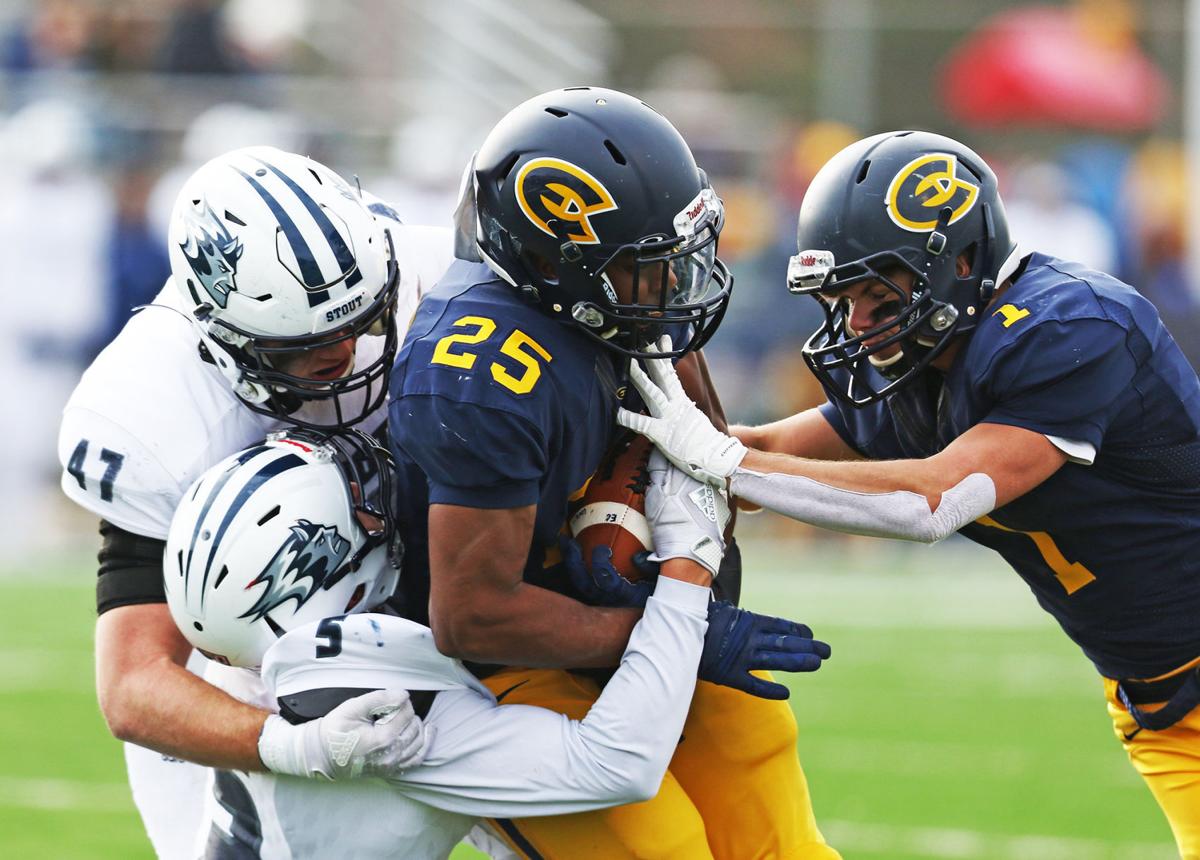 UW-Eau Claire’s Antwan Moore attempts to hold off UW-Stout’s Mason Priebe (5) and Brandon Vecchio (47) with the help of teammate Conrad Bolz during their football game at Carson Park on Saturday, Nov 16, 2019. 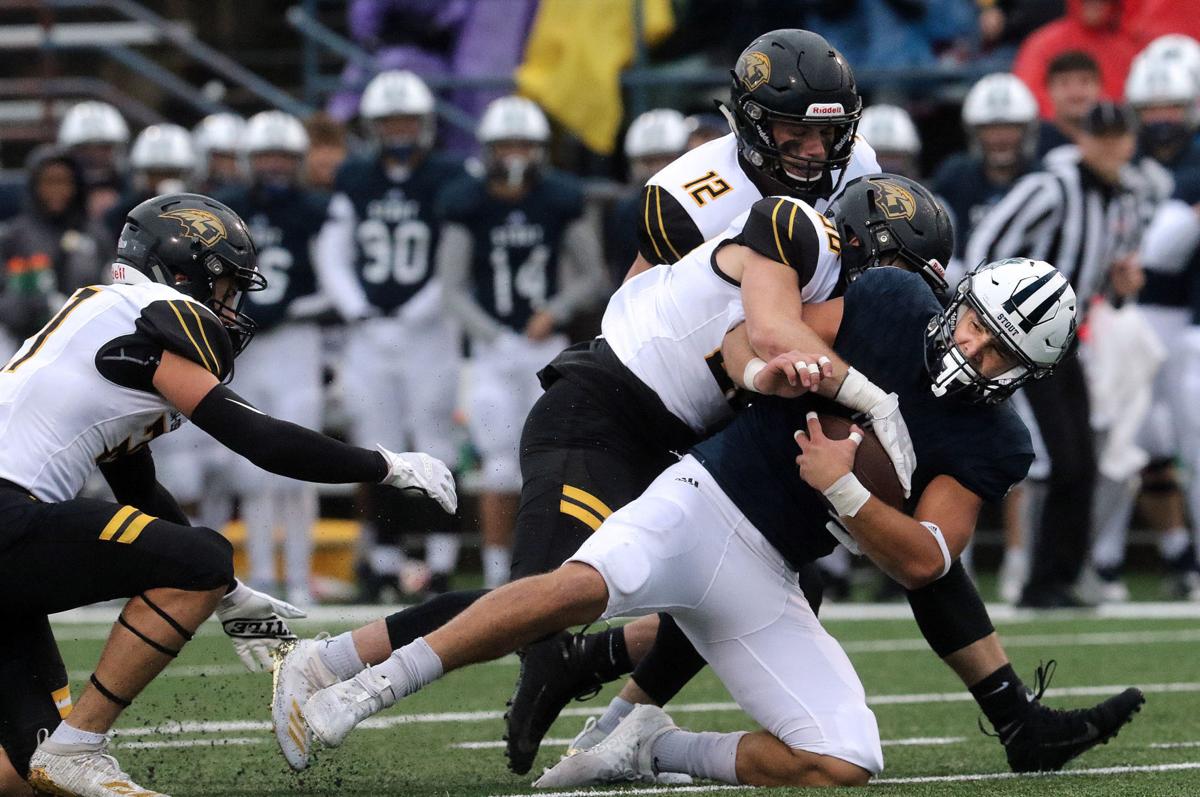 UW-Eau Claire’s Antwan Moore attempts to hold off UW-Stout’s Mason Priebe (5) and Brandon Vecchio (47) with the help of teammate Conrad Bolz during their football game at Carson Park on Saturday, Nov 16, 2019.

UW-Stout football fans can cross some dates off their calendar for this fall.

The Blue Devils officially lost the entirety of their scheduled nonconference slate on Thursday when the Minnesota Intercollegiate Athletic Conference and the Midwest Conference both announced they are canceling all fall noncon competition. That wiped out UW-Stout’s season opener against St. Olaf and its Week 2 game against St. Norbert. Week 3, which was scheduled to feature Presentation College traveling to Menomonie, was previously canceled when the NAIA opted to cut down its schedule to nine games.

The MIAC’s decision also affected UW-Eau Claire, which was scheduled to open the season against St. Thomas of the MIAC.

The latest Division III dominoes put the Blue Devil program in a difficult position if the WIAC does not follow the lead of numerous DIII conferences, as well as DI leagues like the Big Ten, and cancel nonconference play as well.

“They may as well,” UW-Stout coach Clayt Birmingham said. “Everybody else has canceled.”

Birmingham said the path to replacing those contests would be difficult, though he has heard from another school already who also experienced a nonconference game being canceled. He’s waiting to hear from the WIAC before aggressively looking for new foes.

“We basically told them, ‘Hang on until our conference makes a decision, if our administration will even let us,’” Birmingham said.

“With everyone dropping the nonconference and seeing the Badgers do it, I’m amazed it has taken this long for our conference to do it to be honest,” Birmingham said. “Usually we’re kind of a blanket umbrella underneath whatever the UW system and Madison does.”

Birmingham said his opinion on whether his team will suit up at all this year changes by the day. In addition to the DIII schools that have gone to a conference-only schedule, others have wiped out their fall sports season completely.

“It’s literally in the hands of our chancellors in our UW system,” Birmingham said. “We’ll have about three things proposed that they can vote on. One is a seven-game conference-only schedule.

The next one is a five-game schedule because NCAA, now with the release of the 2020 waiver saying that you play 50% or less of your games you get eligibility back, since we play a 10-game schedule if we play five games all these guys could play some games and get their year of eligibility back.

Some leagues are exploring the possibility of playing football in the spring. Birmingham said it’s an option he’s open to — any scenario where games are actually played sounds good by now — but there will be definite challenges to overcome.

“If you look at the reality of it, we’re done in early May with school,” Birmingham said. “The snow is hopefully melted off by April. You would need probably three weeks to prepare, or at least two weeks to get the pads on and get organized before you play your first game for safety reasons. We don’t have bubbles with turfs, so then you’re looking at getting out in April, hopefully early April, have a couple weeks, and then you maybe have three or four weeks left of the school year to play.”

Birmingham said the Blue Devils staff has been in contact with players and held a Zoom meeting with both the roster and parents on Tuesday night to prepare everyone for a potential decision from the chancellors.

If the WIAC cancels nonconference play, UW-Stout would open its season on Oct. 3 at UW-River Falls. UW-Eau Claire still has two nonconference games scheduled, home games against Loras and Valley City State, and opens WIAC play on Oct. 3 as well against UW-Whitewater.