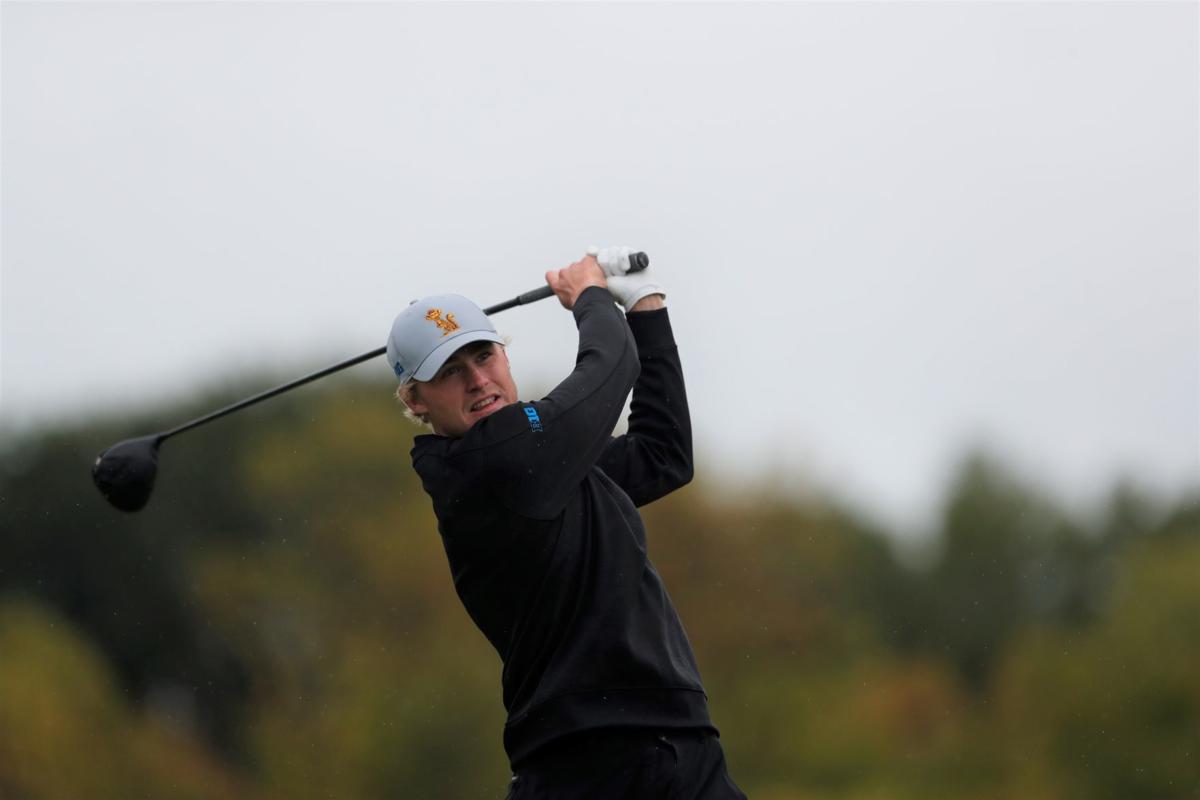 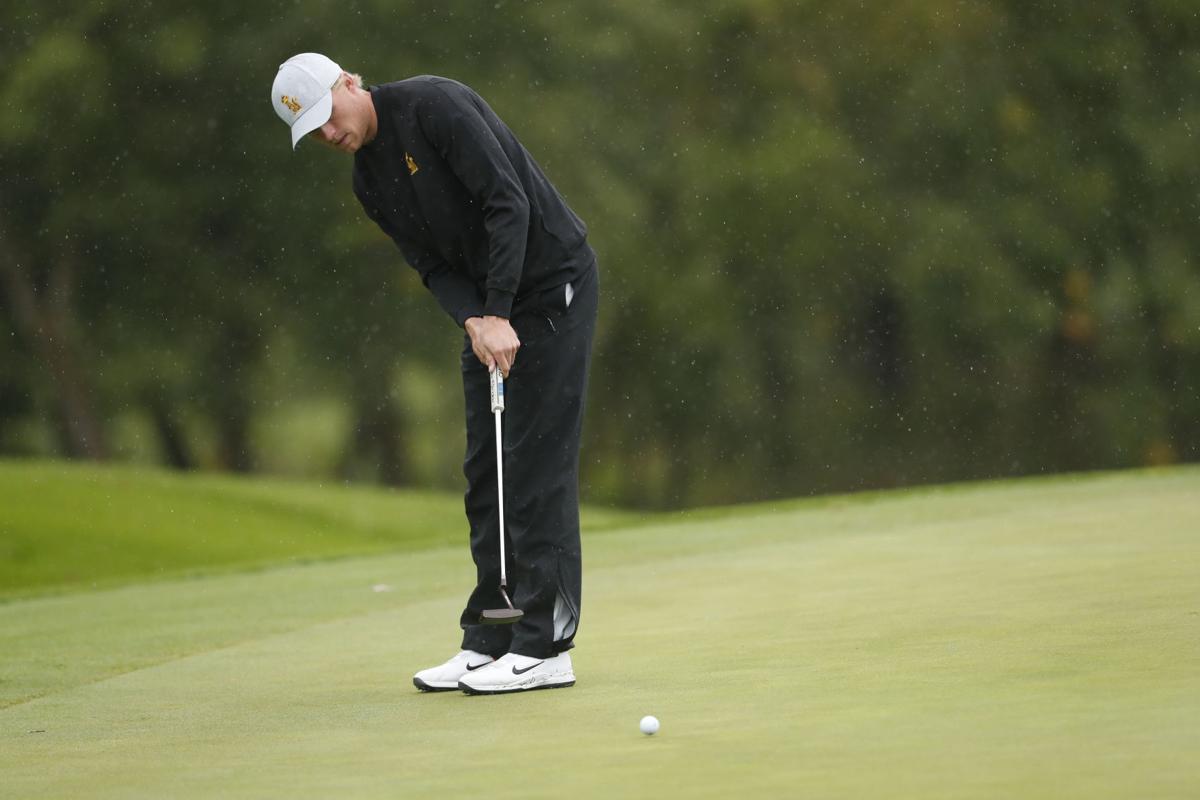 McDonell graduate Thomas Longbella putts for Minnesota in a 2019 tournament. 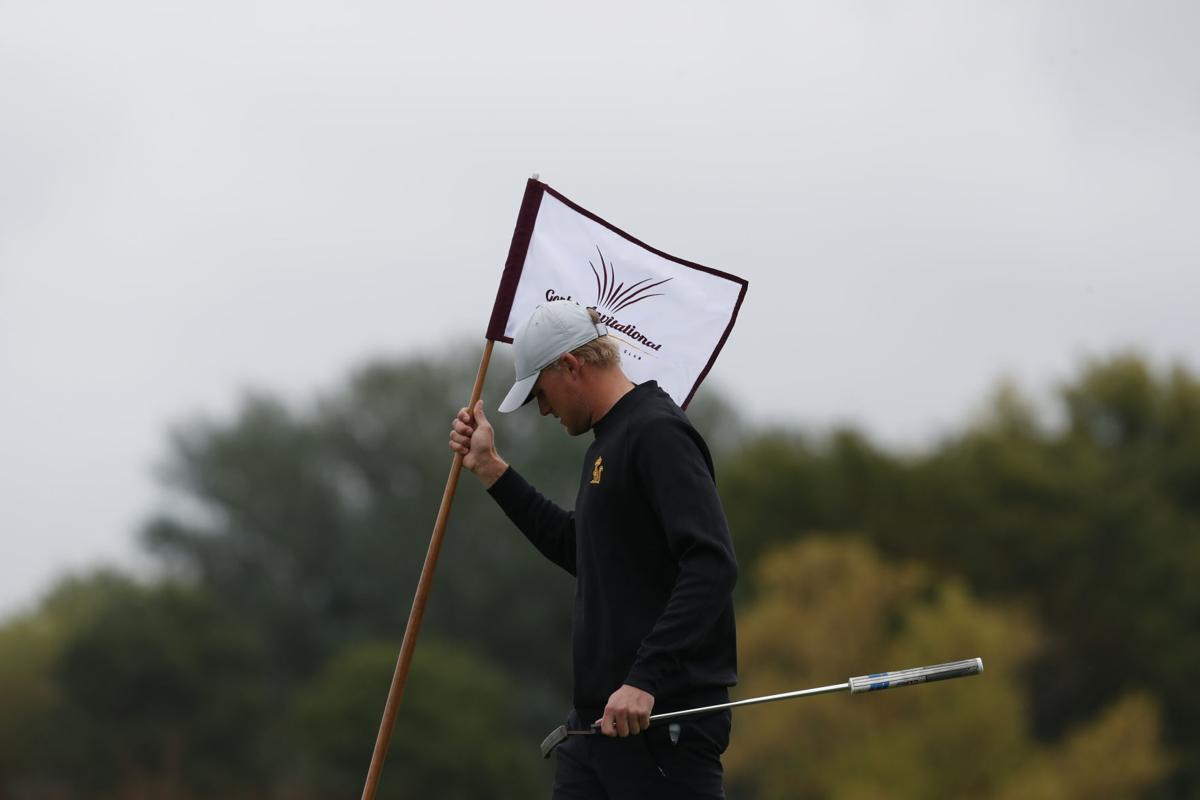 McDonell graduate Thomas Lonbella replaces the pin during a 2019 meet for Minnesota.

McDonell graduate Thomas Longbella putts for Minnesota in a 2019 tournament.

McDonell graduate Thomas Lonbella replaces the pin during a 2019 meet for Minnesota.

There’s no rush for Thomas Longbella.

Sure, he could have gotten a jump start on his ultimate goal of playing golf for a living this fall. But after the opportunity presented itself to return for a fifth year of college, the decision wasn’t really a decision at all.

“It was kind of a no-brainer,” the Chippewa Falls native said. “I think for me to have another year to prove myself and improve my golf game, it’s going to be very beneficial.”

Longbella was set to finish his college career with the University of Minnesota this spring, but the NCAA canceled the remainder of the season due to COVID-19 before he had a chance to go out on his own terms.

He was suddenly faced with the prospect of moving on to pursue a career in professional golf without a proper college sendoff. But when the NCAA granted spring athletes an extra year of eligibility shortly after, he jumped at the chance.

Minnesota head coach Justin Smith is glad he did.

“He’s such an instrumental leader,” Smith said. “To be able to have him return, no question he’ll stabilize a lot of things from a leadership standpoint. He was becoming so mature as this year was going on, and we’re super thrilled that he’ll be able to come back and provide that for us, let alone the golf scores that he’ll be able to shoot for us as well.”

Longbella was having the best season of his college career before the spring was called off, averaging 71.75 strokes per round last fall. He took seventh at the Macdonald Cup in Connecticut, where he helped the Golden Gophers win the team title, and tied for 15th at the Maui Jim Invitational in Arizona.

Now the McDonell graduate will have another chance to get the college experience, and continue to build on the improvement he showcased this season.

“It really doesn’t get much better than college golf, in terms of having a full schedule and getting to be on a team,” Longbella said. “Not being able to finish up this past year made me really want to go back and get another shot at it.”

Longbella said he’s aiming to improve all areas of his game in his final season with the Gophers, especially his confidence and consistency.

“In years past I feel like I’ve been good at certain times in the year and not so good at other times of the year,” he said, “so I think combining what I’ve done the past four years into a formula that works for me is what I’m looking forward to the most.”

That should serve him well when he embarks on his pursuit of a professional career in 2021. Longbella is looking to break into the pro circuit through one of many qualifying schools. He’ll explore options with the Korn Ferry Tour Q-School, as well as the European Tour and Mackenzie Tour.

To earn a tour card for pro golf’s top tours, golfers often need to perform well at a Q-School tournament. A tour card grants entry to most of a tour’s tournaments without the need for qualification.

Smith believes Longbella’s propensity for leadership and professionalism with the Gophers will help him transition well into the grind of a pro career.

“When it comes to practice or traveling, just knowing that he’s done it so much and to so many places ... he just has a calmness,” Smith said. “You don’t have to worry about him too much, he knows what he has to do.

“Professional golf is a different animal. It’s still golf at the end of the day, but there are so many things you need to factor in. In pro golf, you’ve got bills to pay. You’ve got to get yourself into tournaments on your own, and those are a lot of the things that we’ve been talking through already. ... There’s no doubt that utilizing this extra year for Thomas will not only help this team grow, but also get himself ready for the next level.”

But that’s not something Longbella will need to worry about for another year. As for this summer, he’s hoping to be able to play in a few of the area’s most prestigious amateur tournaments — including the Wisconsin State Amateur Championship, where he tied for sixth last year, and the Wisconsin State Open. He’s also signed up for the Canadian Amateur.

Whether or not he’ll be able to compete in those tournaments will depend on how far the coronavirus is able to reach into summer.

“We’ll see. At this point it’s all kind of up in the air with events getting canceled,” Longbella said. “But hopefully I’ll find something to play in regardless. There are always smaller events going on if the big amateur ones aren’t.”