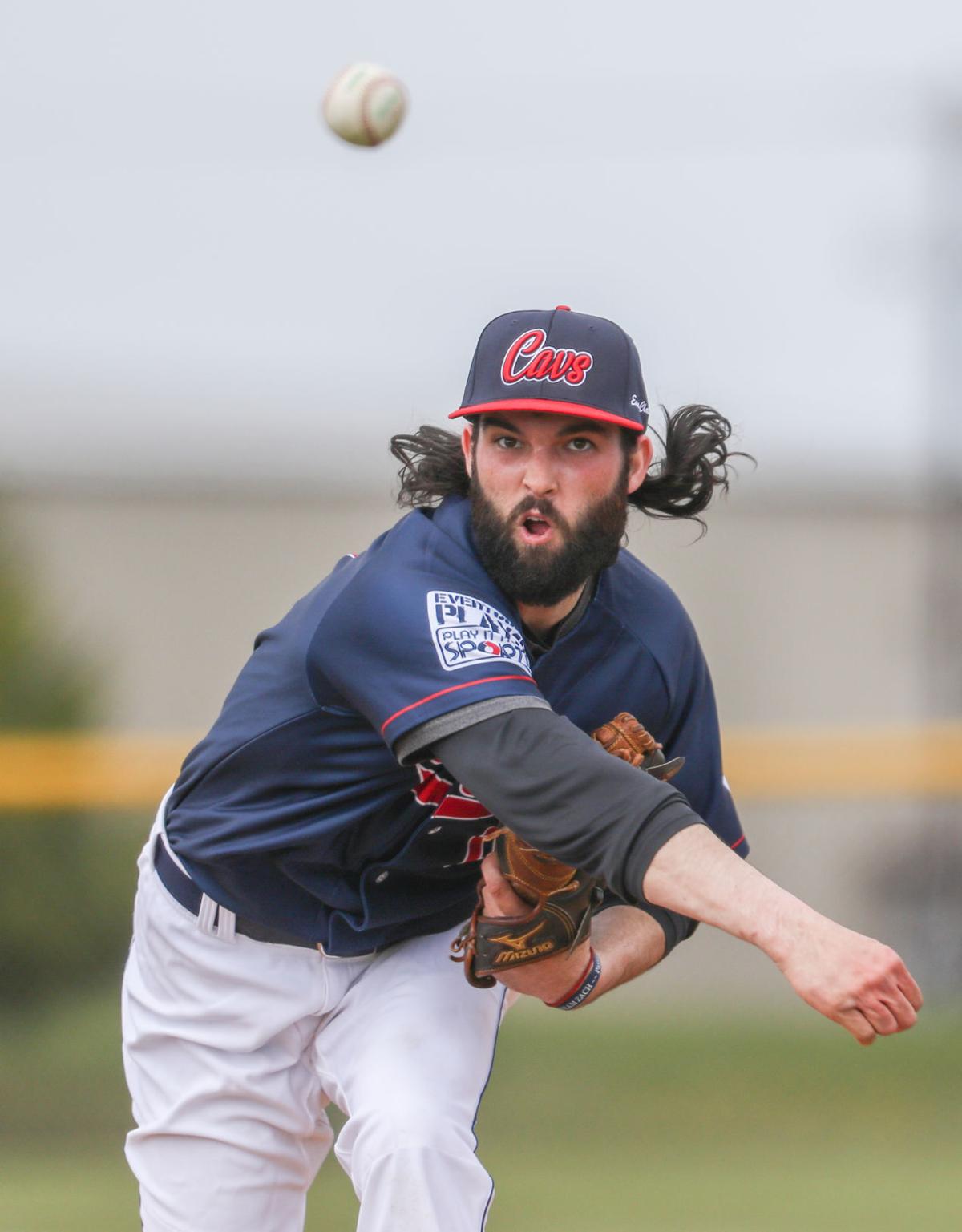 Eau Claire Cavaliers pitcher Ben Bergman throws during a doubleheader against Bloomer on Sunday in Bloomer. 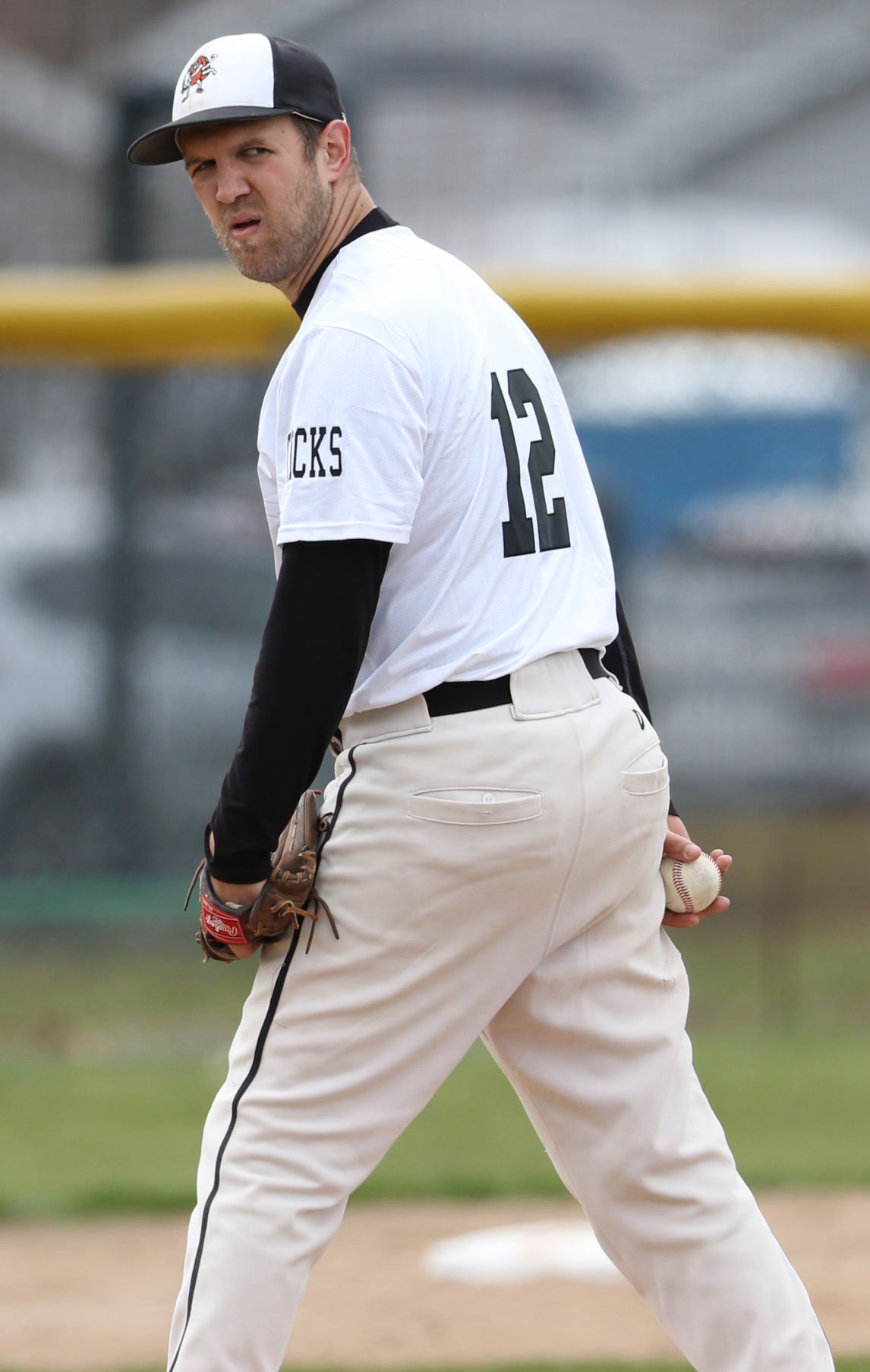 Bloomer pitcher Curtis Dachel checks a runner at first base during a CRBL doubleheader against the Eau Claire Cavaliers on Sunday in Bloomer.

Eau Claire Cavaliers pitcher Ben Bergman throws during a doubleheader against Bloomer on Sunday in Bloomer.

Bloomer pitcher Curtis Dachel checks a runner at first base during a CRBL doubleheader against the Eau Claire Cavaliers on Sunday in Bloomer.

The Eau Claire Cavaliers hadn’t played since 2019, but there didn’t seem to be any rust in the team’s return on Sunday.

Ben Bergman stood out on the mound in Game 1, pitching a complete game with eight strikeouts while scattering seven hits.

In Game 2, Kendren Gullo worked five strong innings to earn the win. He held Bloomer to two hits and one run while striking out eight.

Greg Button went 2 for 4 with three RBIs in the first game for the Cavs. Cole Tyman, Gullo and Mitch Voller all added two hits apiece.

Voller led the Cavs with three hits in Game 2.

Ryan Freitag belted a three-run homer in Game 1 and knocked three hits in Game 2 to lift the Osseo Merchants to a 13-0, 5-3 sweep of Jim Falls.

In Game 2, the Freitags both tallied three hits apiece for Osseo. Jackson Johnson added two hits of his own. The Merchants scored four times in the first inning and held serve from there. Eide was the winning pitcher in both games.

Cole Bowe had two hits and two RBIs in the second game for the Sturgeons.

The Beef River Bullfrogs and Cadott Red Sox split their doubleheader, with Beef River taking the first game 6-5 and Cadott winning the second 4-2.

In Game 1, the Bullfrogs scored twice in the top of the seventh to grab the win. Back-to-back doubles from by Ethan Bartels and Austin Zimmerman tied the game at 5-5, and Taylor Rathke’s sacrifice fly later in the inning proved to be a game-winner.

In game two, the Red Sox were strong in the middle innings to rally for the split. Two runs in the third and a run each in the fourth and fifth made the difference. Shawn Sedlacek had two hits and a stolen base in Cadott’s win.

The Chippewa Falls LumberJacks swept a pair of games from the Eau Claire Bears, 2-1 and 8-5.

Chippewa Falls got a strong showing from Levi Schaller on the mound and won in walk-off fashion in Game 1.

A big fourth inning boosted the LumberJacks in the second game.