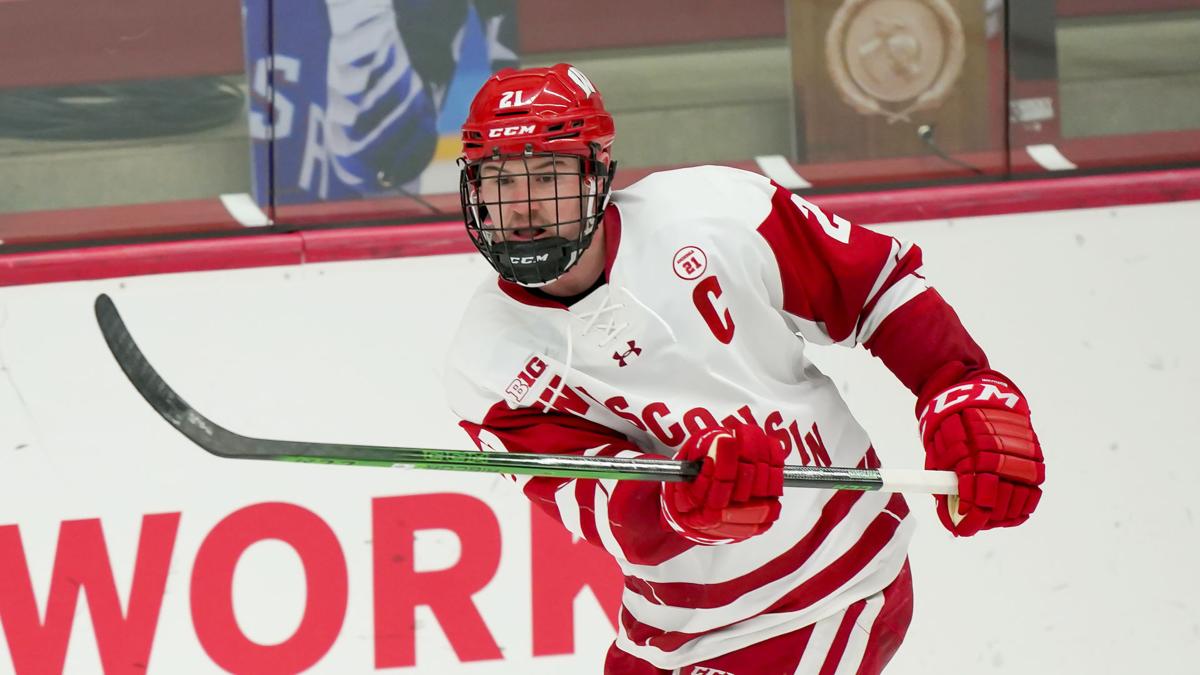 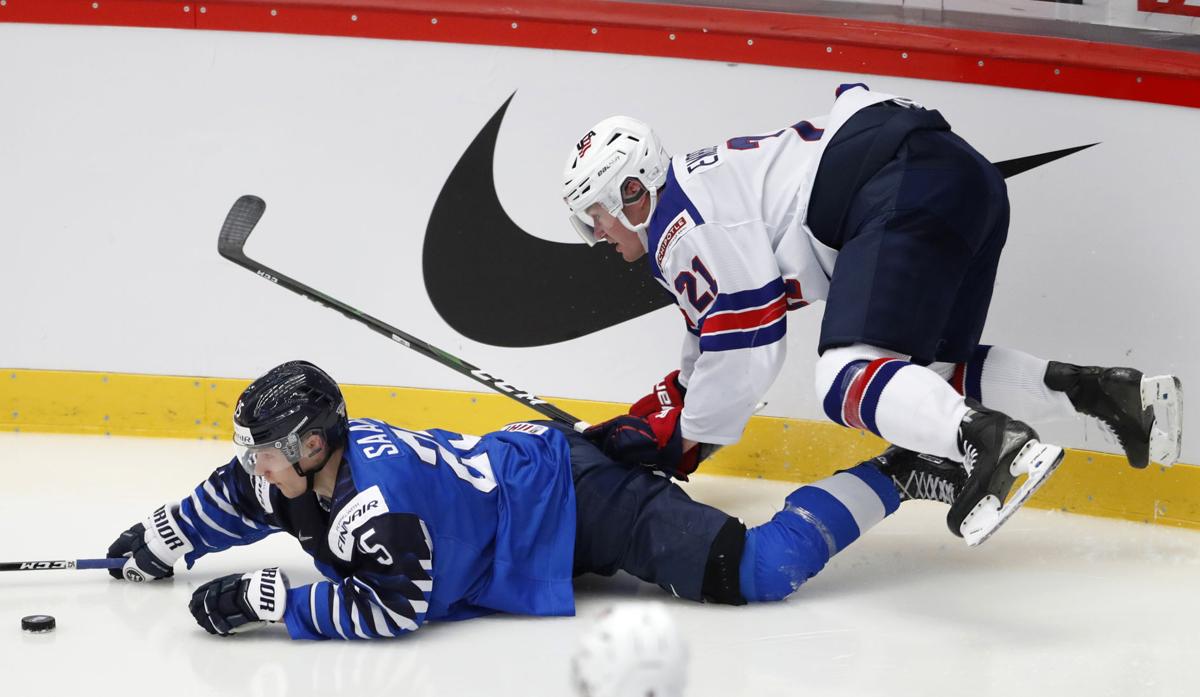 Finland's Antti Saarela, left, collides with Ty Emberson of the US during the U20 Ice Hockey Worlds quarterfinals in Trinec, Czech Republic, Thursday, Jan. 2, 2020.

Finland's Antti Saarela, left, collides with Ty Emberson of the US during the U20 Ice Hockey Worlds quarterfinals in Trinec, Czech Republic, Thursday, Jan. 2, 2020.

Eau Claire native Ty Emberson is set to begin his professional hockey journey. And with that decision, his career with the Wisconsin Badgers has come to an end after three seasons.

Emberson, a former Eau Claire Memorial Old Abe, signed an entry-level deal with the Arizona Coyotes on Wednesday. The 20-year-old defenseman served as the Badgers captain in his junior year, helping the program earn the Big Ten regular season title, its first conference title since 2000, and its first NCAA Tournament berth since 2014. Wisconsin was awarded a No. 1 seed in the tourney, but was upset in the first round by Bemidji State.

“Ty had a strong three years here as a player and as a student and he is ready to start his pro hockey career,” Wisconsin head coach Tony Granato said in a statement. “His leadership helped us get to our Big Ten championship and helped us make our return to the NCAA tournament. He will make Wisconsin proud, like he has since he’s been here.”

Emberson was an All-Big Ten honorable mention and an All-Big Ten Tournament team member as a junior and one of three finalists for the league’s defensive player of the year honor. He put up four goals and nine assists in 31 games this season and led the Badgers with a plus-15. Over his collegiate career, he notched nine goals and 25 assists in 101 games.

Arizona drafted him in the third round, 73rd overall, in the 2018 National Hockey League draft. He will begin his professional career in the American Hockey League, reporting to the Coyotes’ minor league affiliate, the Tucson Roadrunners.

“We are very pleased to sign Ty to an entry-level contract,” Coyotes general manager Bill Armstrong said in a statement. “Ty is a good two-way defenseman who can play in all situations. He is another good prospect for us, and we look forward to monitoring his development.”

Emberson played at Memorial for two years before leaving for the U.S. National Team Development Program for the 2016-17 season. He recorded 49 points in 46 games with the Old Abes. He has also represented the U.S. at the under-17, under-18 and under-20 World Junior Championships.

Most recently, he’s taken on a major leadership role in helping the Badger program get back on track.

“It was a goal of our team to make it back to the NCAA Tournament, to get Wisconsin hockey back on the map,” Emberson said following the season-ending tourney defeat. “It’s a special group of guys to be able to do what we did in the Big Ten. Just credit to all the guys. They’re my brothers. I love them. It just ended too soon.”