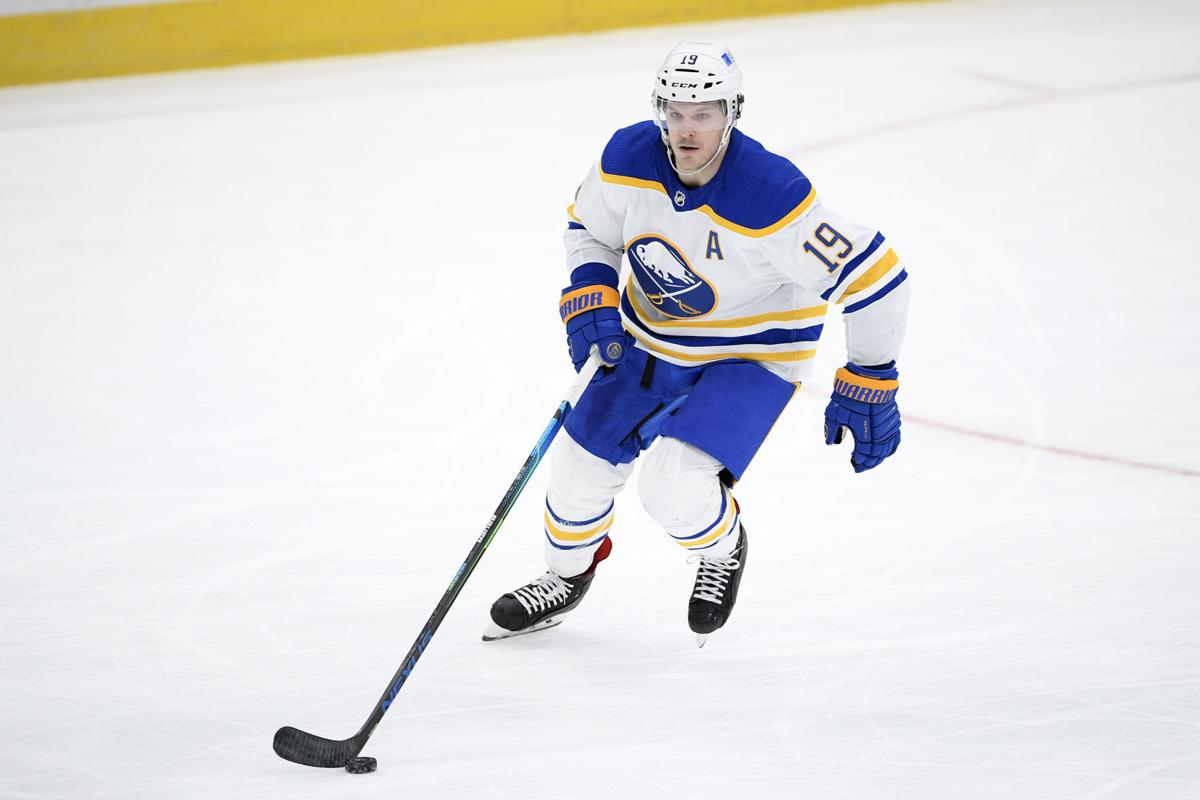 Buffalo Sabres defenseman Jake McCabe (19) skates with the puck during the second period against the Washington Capitals, Sunday, Jan. 24 in Washington. 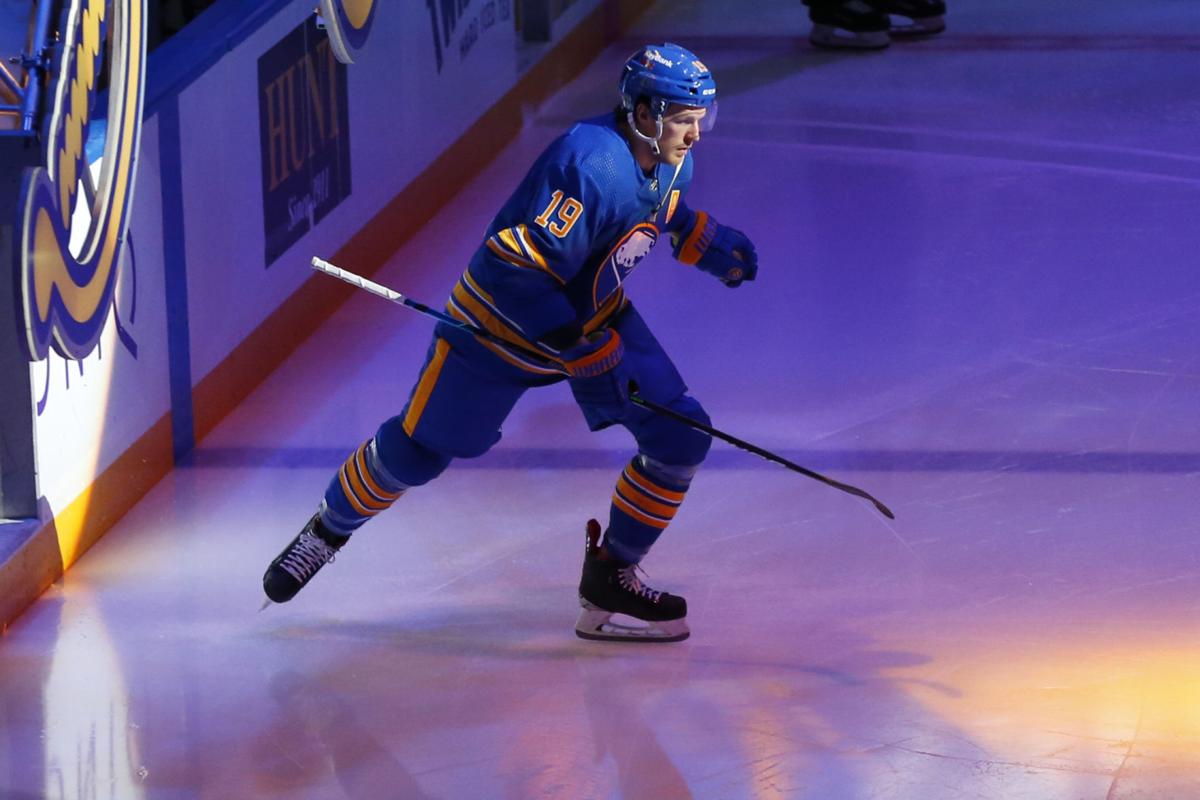 Buffalo Sabres defenseman Jake McCabe (19) skates onto the ice prior to the first period of a game against the New Jersey Devils, Sunday, Jan. 31 in Buffalo, N.Y.

Buffalo Sabres defenseman Jake McCabe (19) skates with the puck during the second period against the Washington Capitals, Sunday, Jan. 24 in Washington.

Buffalo Sabres defenseman Jake McCabe (19) skates onto the ice prior to the first period of a game against the New Jersey Devils, Sunday, Jan. 31 in Buffalo, N.Y.

Eau Claire native Jake McCabe’s season with the Buffalo Sabres has come to an end due to injury, the team announced Monday.

McCabe tore the ACL, MCL and the meniscus in his right knee in a road game against the New Jersey Devils on Saturday. He had to be helped to the dressing room following an awkward crash into the boards, and an MRI exam Sunday in Buffalo confirmed the severity of his injury. The expected recovery time is approximately six to eight months according to the Sabres.

“I had tears two nights ago already,” Sabres coach Ralph Krueger said prior to Buffalo’s Monday game against the New York Islanders. “It was pretty clear on the doctor’s first assessment we were dealing with a really serious setback. The confirmation just underlines the pain that we feel for the person first and foremost and then the player that we’ve lost for the season. It’s an amazing setback in addition to what the group has gone through after COVID.”

The 27-year-old defenseman was having a strong season for Buffalo, averaging over 19 minutes per game while putting up a goal and two assists in 13 contests. He serves as an alternate captain for the team as well as its representative to the NHL Players Association.

Krueger and McCabe’s teammates were bracing for bad news over the weekend. The Sabres’ bench boss said he was “not very optimistic” about McCabe’s timetable, while teammates discussed what his absence would mean with the Buffalo media.

“He’s taken a lot of strides in the last couple of years as a leader and he’s somebody I have a lot of respect for and all the guys have a lot of respect for in that room,” forward Kyle Okposo said prior to McCabe’s diagnosis. “I don’t know what the final prognosis is yet, but he’s going to be a guy that’s dearly missed on and off the ice. He does everything right. Blocks a lot of shots, he’s there for guys, he’s fought this year.”

“He’s one of the main guys in the locker room and a main guy on the ice, so it’s going to be a huge loss,” defenseman Rasmus Dahlin said.

He’s played eight years in the league, all for Buffalo, totaling 77 career points in 353 games. He is in the last year of a two-year, $5.7 million contract.

McCabe played one year of hockey at Eau Claire Memorial before heading to the USA Hockey National Team Development Program. He scored two goals and dished out 20 assists in 23 games during the 2008-09 campaign. He went on to a career with the University of Wisconsin and a run as the U.S. captain at the World Junior Championship before jumping to the pros.