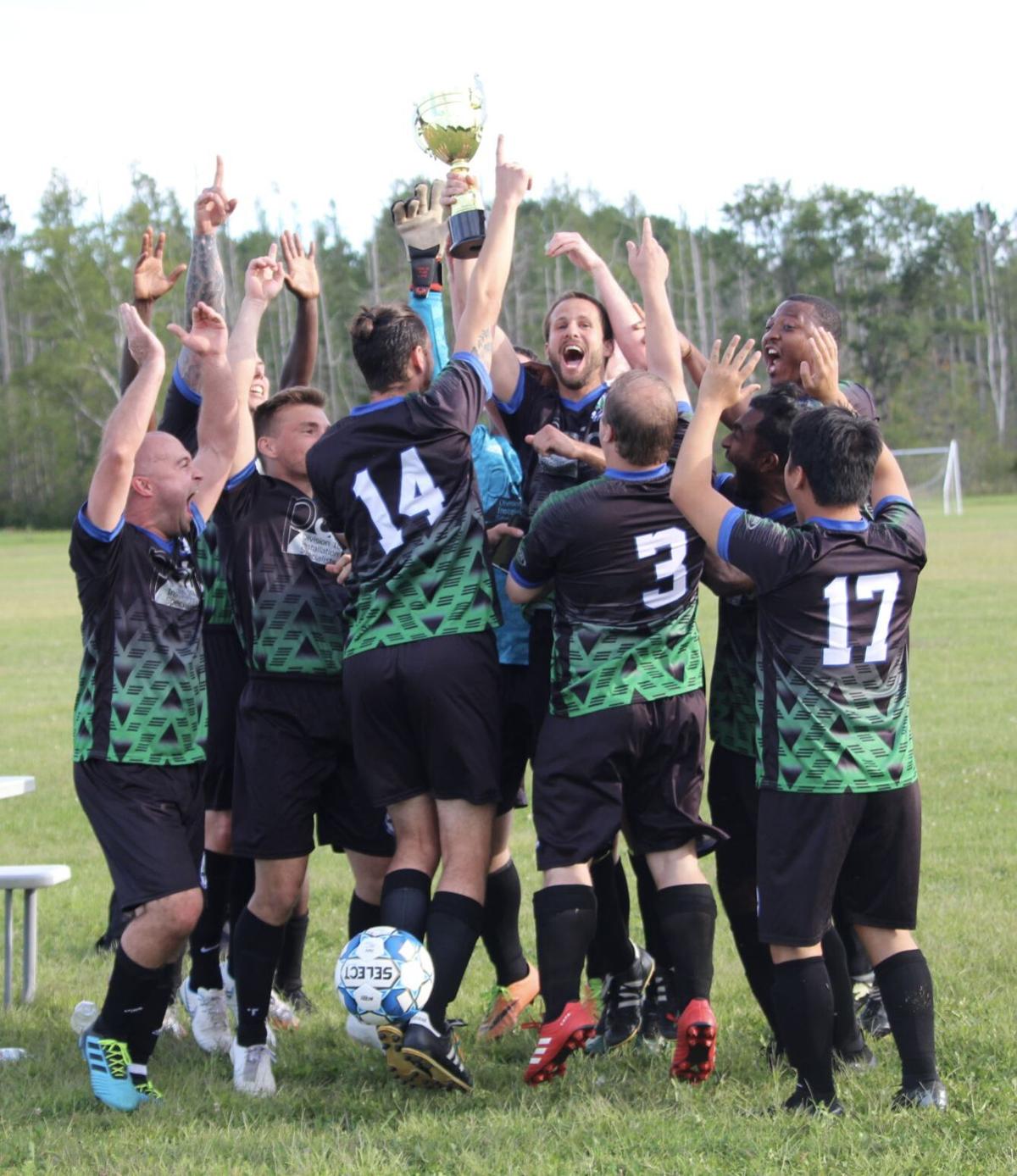 Bateaux FC celebrates with the championship trophy after beating Hayward United 3-1 for the Wisconsin Primary Amateur Soccer League title on Sunday in Hayward. 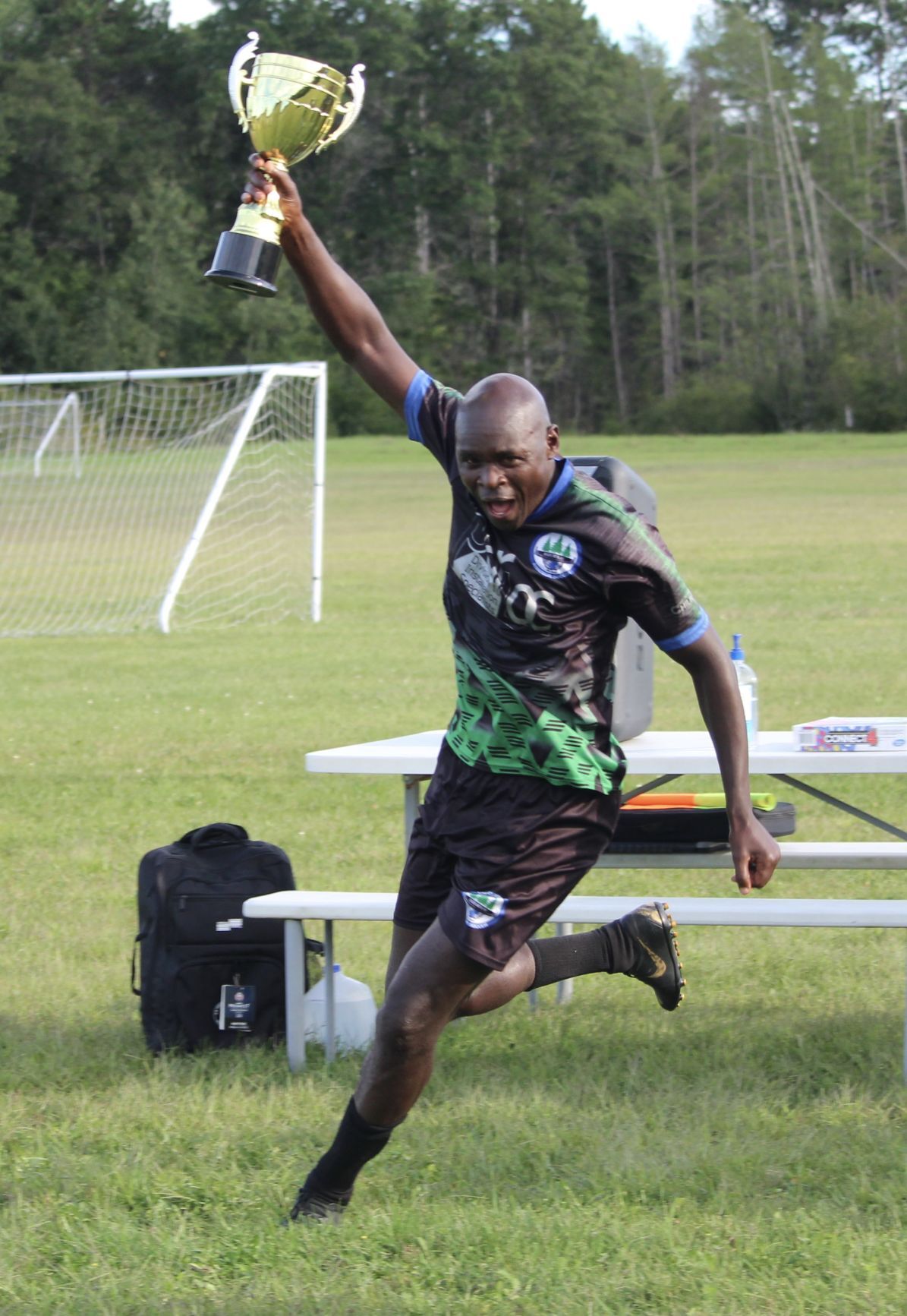 Bateaux FC celebrates with the championship trophy after beating Hayward United 3-1 for the Wisconsin Primary Amateur Soccer League title on Sunday in Hayward.

The pressure was mounting on Eau Claire’s Bateaux FC, from multiple directions.

Coming into Sunday, the amateur soccer club knew it could win its first Wisconsin Primary Amateur Soccer League championship with a win or a tie. But by the time kickoff rolled around for its afternoon game against Hayward United, the options were getting slimmer.

Bateaux got word that Lobos FC, which stood one point back of them in the WPASL standings, won a match against FC Midnimo that members of the Eau Claire club were unsure would be played entering the week. So when Bateaux took the field, there was no room for error. Anything short of a win would leave them in second place.

Nerves were already starting to settle in. Then Hayward got in on the party. Bateaux’s rival to the north scored the opening goal, putting the Eau Claire club behind early.

But consistent with what Bateaux did all season, the club battled. Three unanswered goals, including the championship clincher from captain David Ripplinger in the second half, gave Bateaux a 3-1 win and its first-ever league title.

“It feels absolutely amazing,” Ripplinger said. “We put a lot of work in, and the team effort and camaraderie has been incredible. The community support has been amazing, and we are so incredibly thankful to be champions. It feels awesome.”

In the 79th minute, Ripplinger put Bateaux ahead for good. The captain took the ball from the corner, cut toward the middle and slotted a shot into the near post for a goal.

Josh Balsiger iced the championship away with a goal in added time.

“We put the pressure on them in the second half,” Ripplinger said. “Hayward came into the game with a great strategy, playing with a defensive five to try to stop us from getting the title. ... There was a ton of pressure, but our team came together as we have done most of the season and worked together. It was a huge team effort today. All the hard work has paid off.”

The club is hoping to ride the momentum of this title for a while. For it being such a new team — the club was formed last year and is in its first year after a rebrand — it has certainly been successful.

“After (the win), I talked to Chris Beckfield — our team treasurer who does all the behind the scenes work like ordering equipment, jerseys, paying fees and that stuff — and was like ‘Man, all that work we put in over the last eight to 10 months: Worth it, to get to bring home a trophy.’”

Bateaux finished the season with 24 points in the league, a product of an 8-2-0 record. Lobos took second with 23 points, and defending champion Barron was third at 20.

Balsiger ended the season as the WPASL’s top scorer. He knocked in 17 goals for Bateaux this summer, earning the league’s Golden Boot Award. Ripplinger scored 11.

Bateaux is hoping that its strong showing this year will encourage more players from around the area to take notice.

“We want to give our kids an opportunity to see that after high school, there’s an option for them to play,” Ripplinger said. “Whether that’s at the college level, or at a high-level amateur team in Eau Claire. You don’t have to travel to Minneapolis or down to Chicago, we have a great team right here in our local community. We’re just excited, we’re happy, we’re grateful. You just can’t express how awesome this feels.”