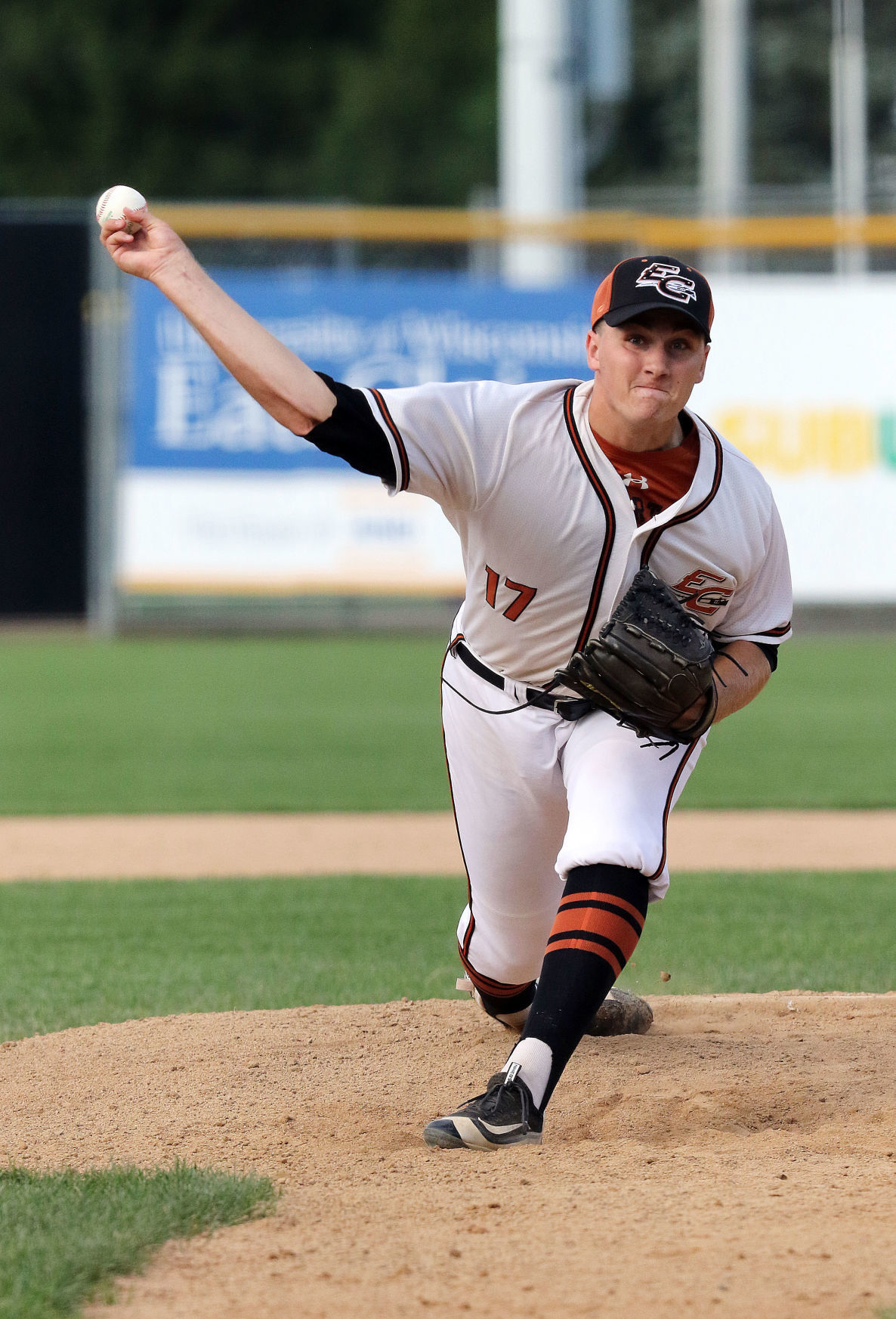 Dalton Roach pitches in a game for the Eau Claire Express in 2017 at Carson Park. 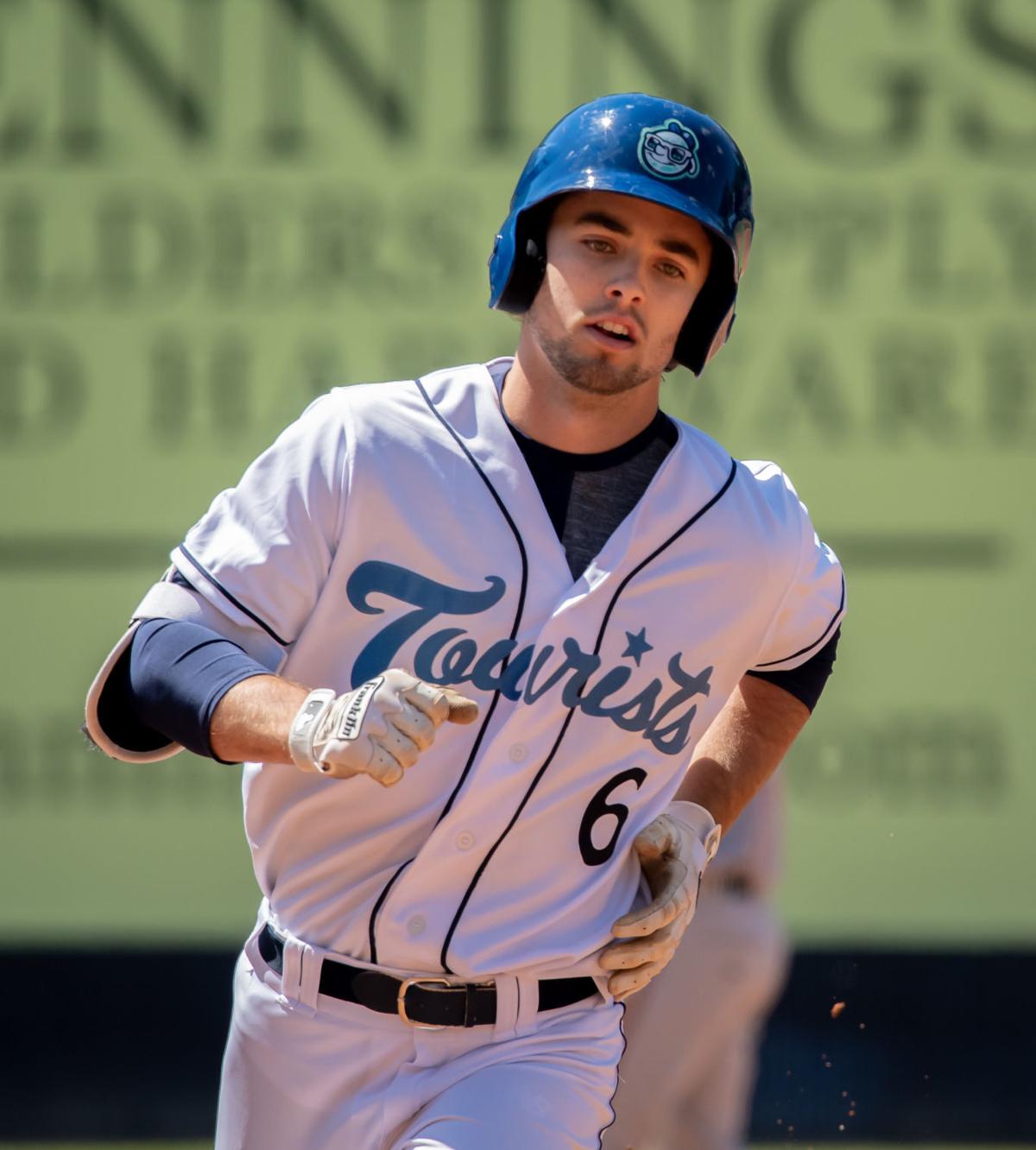 Menomonie native Terrin Vavra runs the bases in a game for the Asheville Tourists in 2019. Vavra was one of many minor leaguers who had his season canceled this year.

Dalton Roach pitches in a game for the Eau Claire Express in 2017 at Carson Park.

Menomonie native Terrin Vavra runs the bases in a game for the Asheville Tourists in 2019. Vavra was one of many minor leaguers who had his season canceled this year.

All of a sudden, Dalton Roach had a lot of free time on his hands.

When the Minor League Baseball season was canceled in late June, the Eau Claire native was one of many players who suddenly didn’t have any baseball to look forward to.

“It was shock, just for the fact that it’s really weird to have a summer without baseball,” said Roach, who pitches in the St. Louis Cardinals’ farm system. “It’s nice that the major leagues are getting something going, but I think it’s really weird for a lot of the minor league guys because it’s the first year in a really, really long time that we’ve been home during the summer and not out playing baseball.”

The 24-year-old righty had just established himself with a solid first year as a pro in 2019. He ended the season in Class A, pitching for the Peoria Chiefs, where he posted 1-1 record with a 3.71 ERA in 34 innings of work.

Roach was looking to build on that showing and continue to work his way up the ladder this summer, but now he’ll have to wait another year.

“It was going to be my first full year with the Cardinals, so I was just looking to go wherever they placed me and compete,” Roach said. “The hope, obviously, was to just keep progressing through the levels going up, but really just trying to focus on doing what I can, which is staying healthy and getting better as a baseball player, mentally and physically.”

Instead, Roach is back in Eau Claire for the summer. The former Eau Claire Memorial and Minnesota State standout is still working out and throwing, but he’s also picked up a gig working at his father’s business.

And while missing out on an entire season of his pro career is disappointing, it has afforded him the opportunity to spend more time with family. Extra time at home has helped soften the blow. He and his wife had a baby just over a week ago.

“A lot of it comes down to being grateful for the time you have to spend with family,” Roach said.

And despite the promising start to his pro career — he earned three wins in 12 starts at various levels — he knows he’ll need to make up some ground next season.

“I think (losing) a season means I’m really going to have to come out next year and be ready. I’ll be a little bit older, which doesn’t do you any favors in the lower minor league levels. So just being ready to come out and show them my best is really all I can do.”

Losing income for a full season of work hurts too, but Roach said he was fortunate to be in a position where his wife was able to keep working, in addition to his own job with his dad.

And Roach is keeping an open mind for opportunities to play locally, although he hadn’t set any plans in stone by early July. A handful of amateur teams are playing non-league games across northwest Wisconsin.

“It’s definitely something I’m going to focus on more and more,” he said. “I’ll probably keep it in mind as something I can do. ... Just staying as ready as I can, whether it’s doing my throwing and workouts at home or finding a team like that that I can go and pitch for.”

Roach isn’t the only Chippewa Valley native to be impacted by the cancellation of the minor league season. Menomonie’s Terrin Vavra is rated as one of the Colorado Rockies’ top prospects, but he’ll need to wait to capitalize on his momentum.

Chippewa Falls native Kyle Cody was set to make his return to the Texas Rangers’ farm system after missing much of the last two seasons due to elbow injury. Cody was the organization’s minor league pitcher of the year in 2017 and according to the Fort Worth Star-Telegram, he was added to the Rangers’ 60-man player pool on Monday. Per the report, he was assigned to the team’s alternate training site at Globe Life Park in Arlington, Texas.