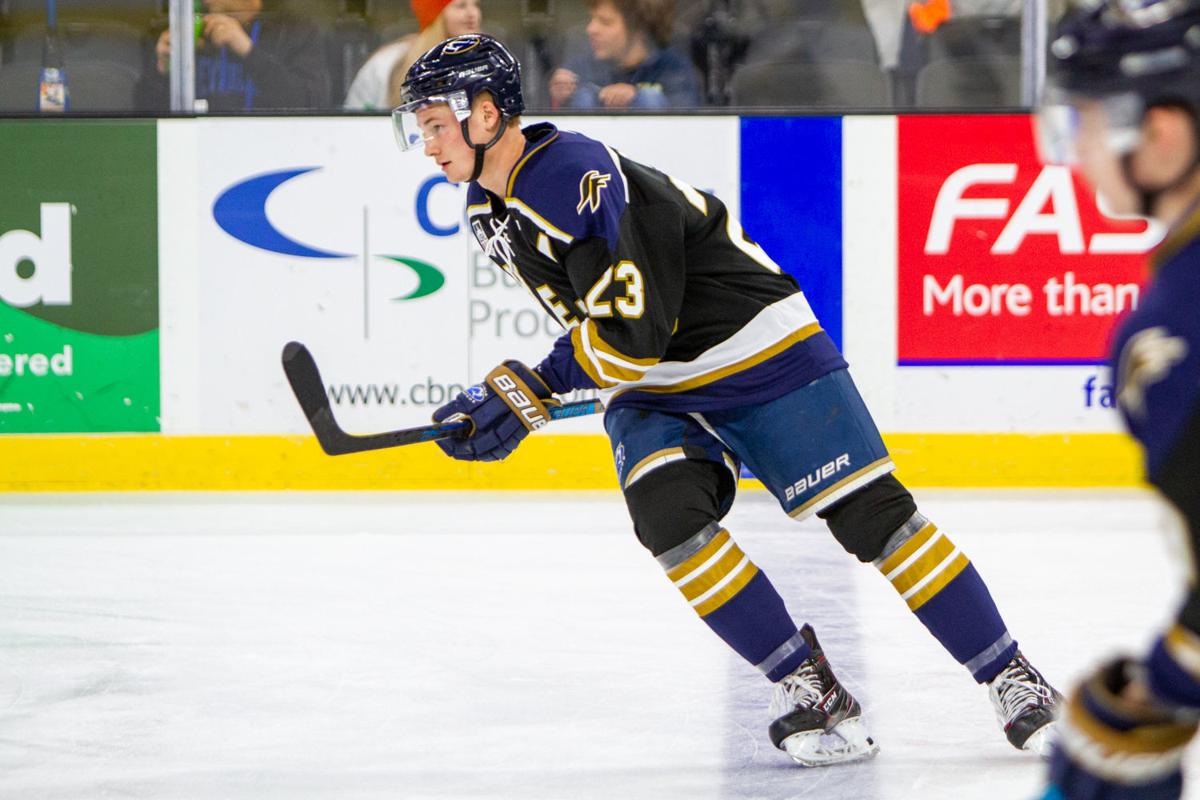 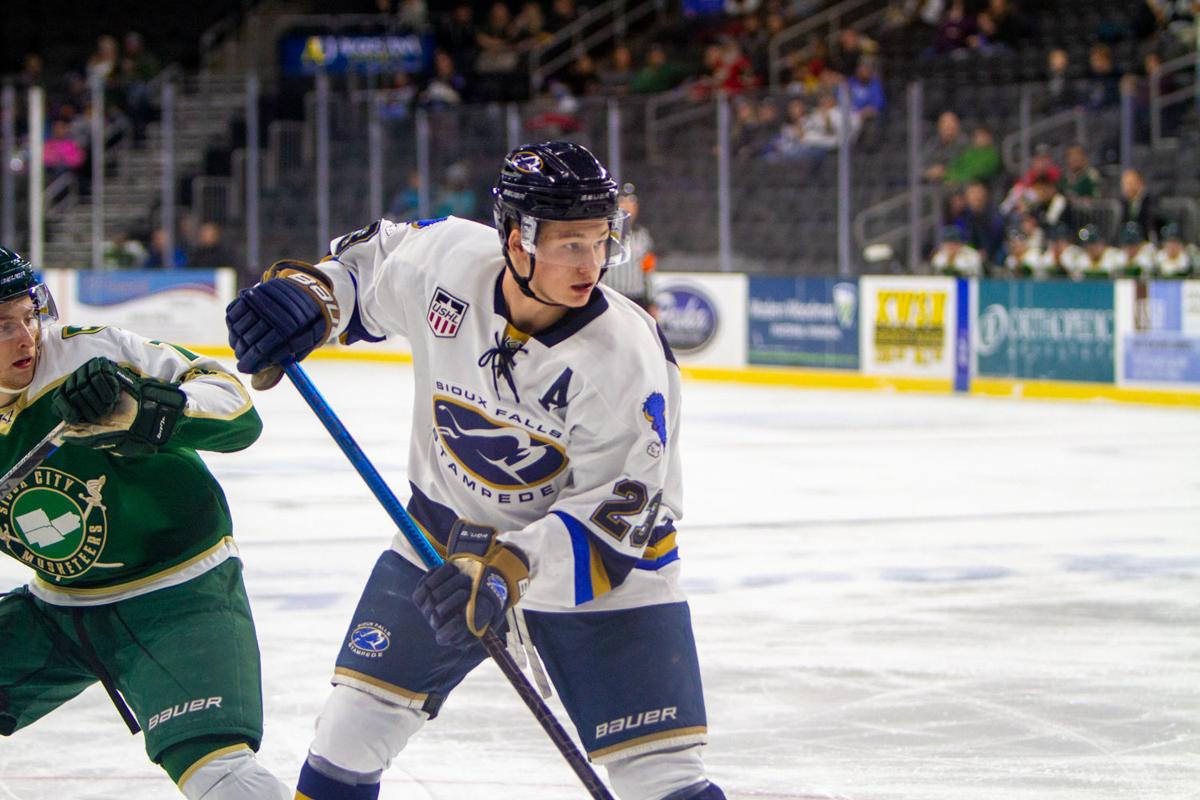 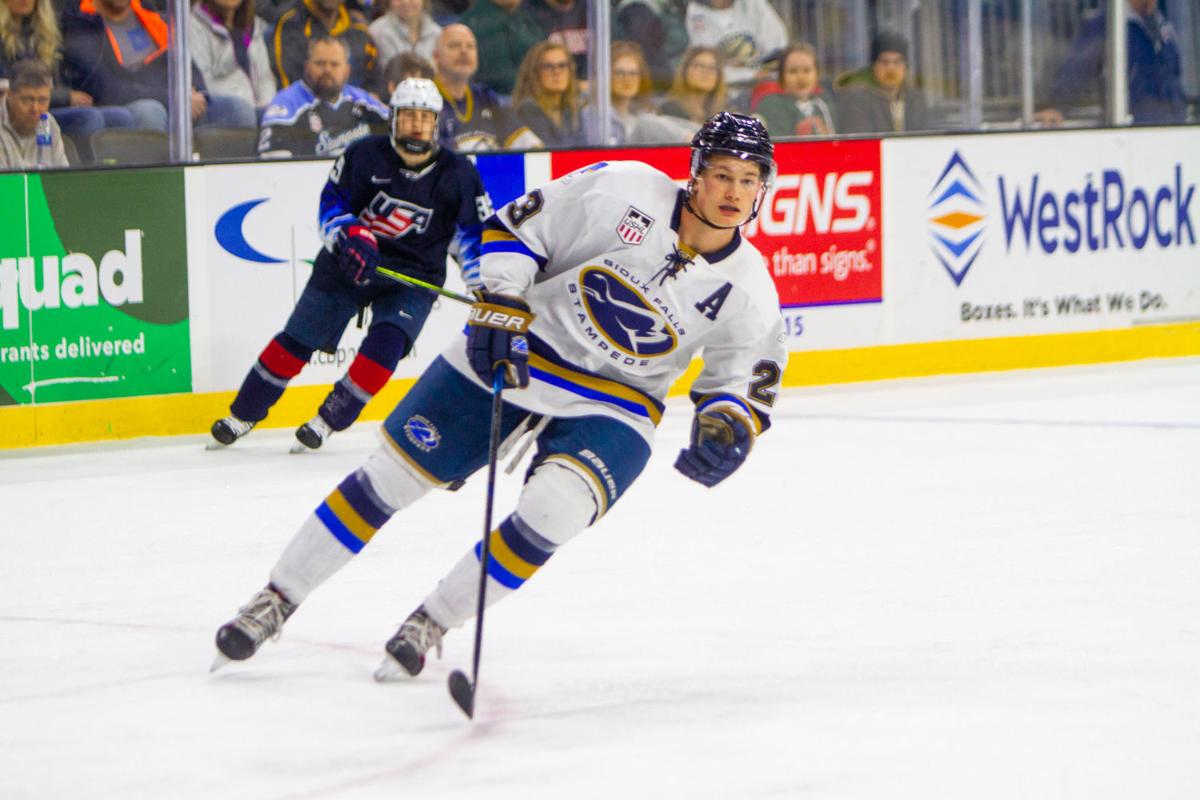 Experience is a premium quality to have in the United States Hockey League.

With teams restricted to signing players aged 16 to 21, there’s always plenty of roster turnover in the USHL. Each year a crop of players leaves to take the next step in their hockey career and a fresh one comes in to replace them.

So having a player with a championship pedigree on the roster can be invaluable — somebody who knows how to carry themselves playing hockey full-time while also showing the younger guys a thing or two.

That’s the situation Brenden Olson finds himself in entering his final season in the top junior hockey league in the country. The former Eau Claire Memorial star, a Clark Cup winner in 2019, is headed to Sioux City for the final chapter of his USHL story, fresh off a solid stint in Sioux Falls.

Sioux City coach Luke Strand, a former player and coach for UW-Eau Claire, knows just how valuable it is to have a guy like Olson in the locker room.

“It’s so hard to find. Experience is priceless,” Strand said. “He’s learned how to play at this level very effectively.”

Olson left Eau Claire following his junior year of high school, going on to play for both the Janesville Jets of the North American Hockey League and the Sioux Falls Stampede.

With the Stampede in 2019, Olson lifted the Clark Cup, given to the league’s champions. He tallied an assist in Game 1 of the championship series, which ended in a sweep for Sioux Falls.

“It was unbelievable,” Olson said. “I’ve noticed in junior hockey that with the players you meet, you can really make a bond. We had a tight bond with that team, and it ended with a really nice playoff run.”

Olson played in 20 games for Sioux Falls last season, but his first full year with the team saw him get plenty of ice time this year. Prior to the USHL’s decision to cancel its season amid the COVID-19 pandemic, the forward registered 15 points in 47 games.

“I think the second year of juniors I had so much more confidence and was able to play under control a little more,” Olson said. “I was more comfortable with myself and the situation I was in.”

But after calling Sioux Falls home for the last two seasons, he’ll move on to Sioux City for his last year in the USHL.

Olson was part of the trade that sent Eau Claire North alumnus Sam Stange from Sioux City to Sioux Falls. So Strand and the Musketeers will replace one Eau Claire native with another next winter.

“You get the character that Brenden brings to the table every day, which is very high,” Strand said. “He’s very competitive, and at the end of the day for us he’s a versatile player who plays with energy and that we know very well.”

Olson’s involvement in February’s trade wasn’t immediately announced. A month after the deal was completed, Olson was revealed to be on the move as one of the future considerations included in the trade.

He found out he would be moving on from Sioux Falls shortly after the season was canceled.

“I made a lot of relationships there, so it’ll be tough to say goodbye to that,” Olson said. “But I’m excited for a change of scenery for my last year, and to get coached by Luke Strand.”

The Musketeers will lean on Olson’s experience when they hit the ice next year. The team was in last place in the tough Western Conference when the current season was ended prematurely.

And Olson will look to pass on what he’s learned during his time in the league.

“You go into junior hockey thinking it’s all going to be bright, but there are hardships during the season. I think tackling those is just kind of something you go through playing junior hockey and learn to deal with,” Olson said.

After next season, Olson will head to Minnesota State in Mankato to play Division I college hockey. The Mavericks are one of the elite programs in the NCAA, finishing this season ranked No. 3 in the nation.

“As I visited all the schools I was looking at, looking back at it, Mankato just felt like home to me,” Olson said. “It was a good choice because it’s only two and a half hours from my home, so my family can come watch games, and it’s a great education and great coaching staff there. I think it just fit well with me and the situation I was in.”