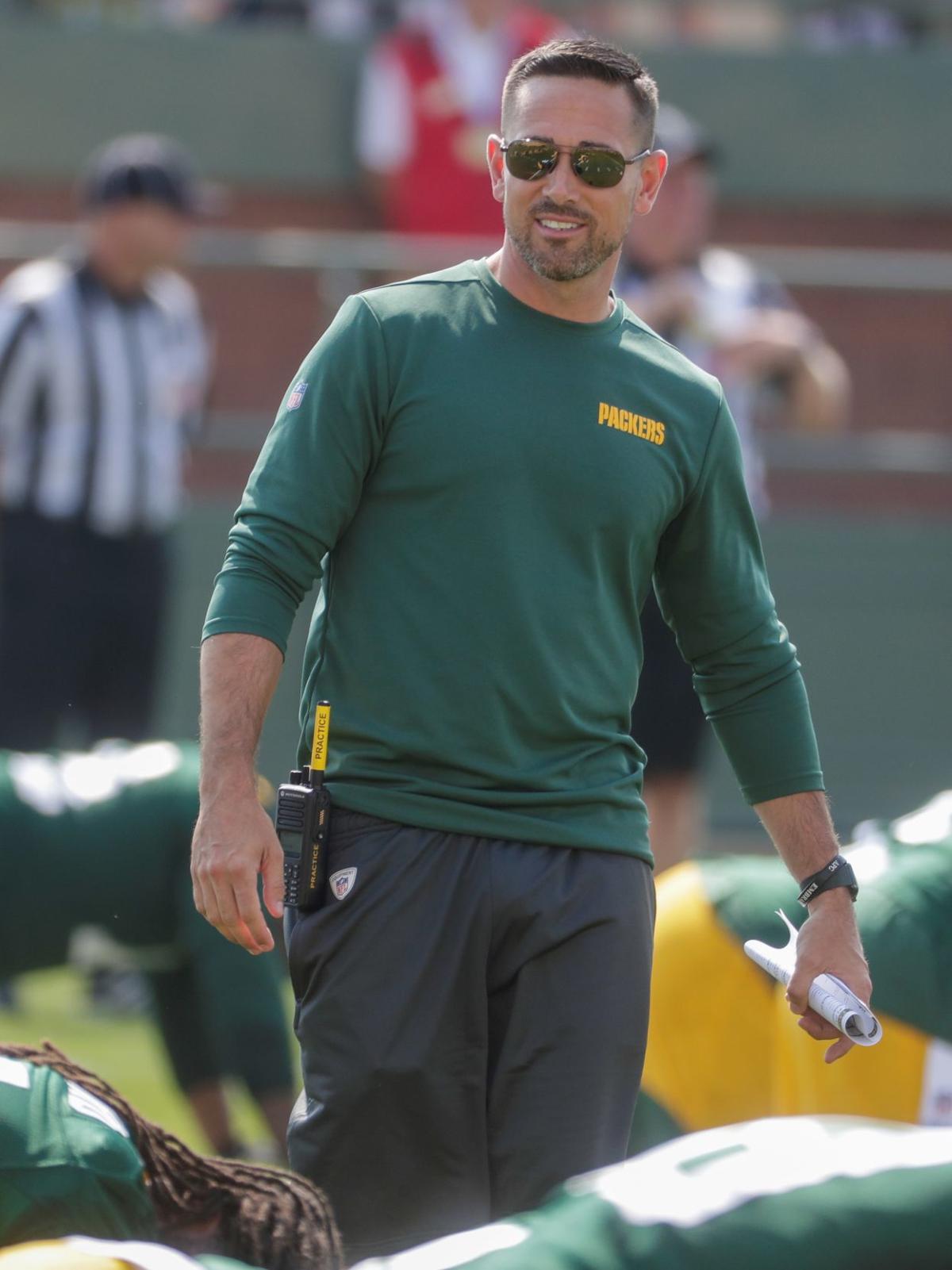 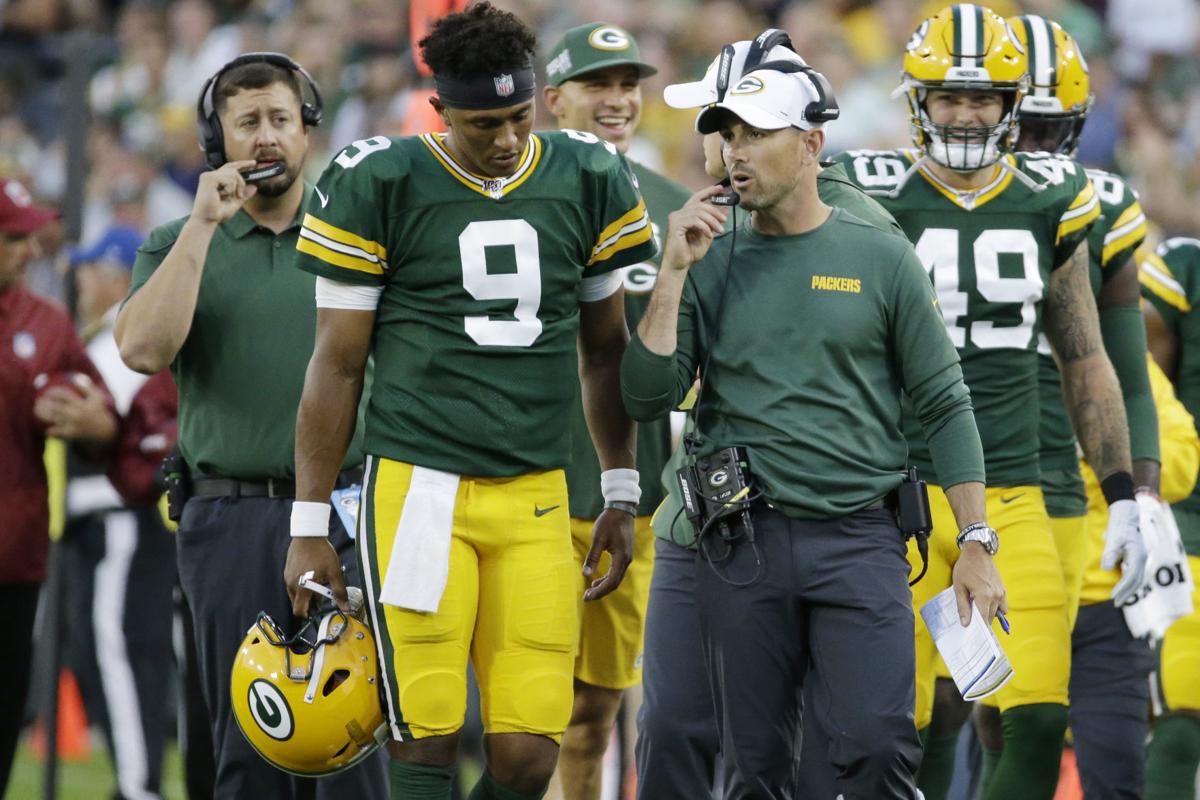 Green Bay Packers quarterback DeShone Kizer (9) talks on the sideline with coach Matt LaFleur during the first half of the team’s preseason game against the Houston Texans last Thursday in Green Bay.

Green Bay Packers quarterback DeShone Kizer (9) talks on the sideline with coach Matt LaFleur during the first half of the team’s preseason game against the Houston Texans last Thursday in Green Bay.

GREEN BAY — Matt LaFleur strolled through the sea of green and gold stationed at Ray Nitschke Field Sunday without a clear-cut destination.

He cracked a couple of jokes with the offensive linemen that towered above him, gave a quarterback a fist bump, and watched as practice started to get underway beneath overcast skies.

About an hour later, the first-year head coach’s demeanor had shifted.

Wide receivers and cornerbacks were going head-to-head in drills, and LaFleur saw something he didn’t like. Somebody wasn’t in a spot he was supposed to be in, and a fired-up LaFleur let him know it.

Expectations are high from this year’s Green Bay coaching staff, and while LaFleur has shown he can be a personable coach, the 39-year-old isn’t afraid to hold his guys accountable.

And he’s doing what he can to inspire that kind of passion in his players.

The Packers have described LaFleur as approachable, a trait that can prove especially helpful in the first few weeks of a head coach’s career.

The relationship between Rodgers and LaFleur has received plenty of attention through the first few weeks of camp, but the head coach — hailed as an innovator on the offensive side of the ball — has needed to connect with more than just his starting quarterback.

If Green Bay is going to right the ship after two dismal seasons and re-establish a winning culture, it has to start from the ground up.

“When I think about our identity, it’s what is the opposition looking at each week? I want them to think ‘we better get ready to go, because these guys are going to bring it each and every play.’ That’s what we’re going to constantly strive to establish,” LaFleur said.

That has been reflected in some of the younger players on the roster this preseason.

Young wide receivers like Darrius Shepherd and Allen Lazard have both seen increased roles for their standout efforts at camp. Lazard’s work on special teams has earned him more looks with the offense, LaFleur said.

Give effort, see results, reap the benefits. It’s the exact progression LaFleur wants to instill in the franchise.

“We’ve got a saying: Anybody can do something one time, but can you do it day in and day out?” LaFleur said. “We’re going to challenge those guys to see if they can consistently perform, and if they can respond and do well they’re certainly going to earn themselves more reps.”

LaFleur will get his first chance to see that kind of effort from his first-string offense tonight when the Packers face Baltimore. The starters will play a “quarter or so,” according to the head coach.

And for everybody else on the roster, there will be a chance to put forth that much-valued energy in a game situation. It can be the difference between making the 53-man roster by the end of training camp or being sent packing.

“If we play with that kind of energy, that kind of intensity, that urgency, I think we’re going to put a better product on the field,” LaFleur said.