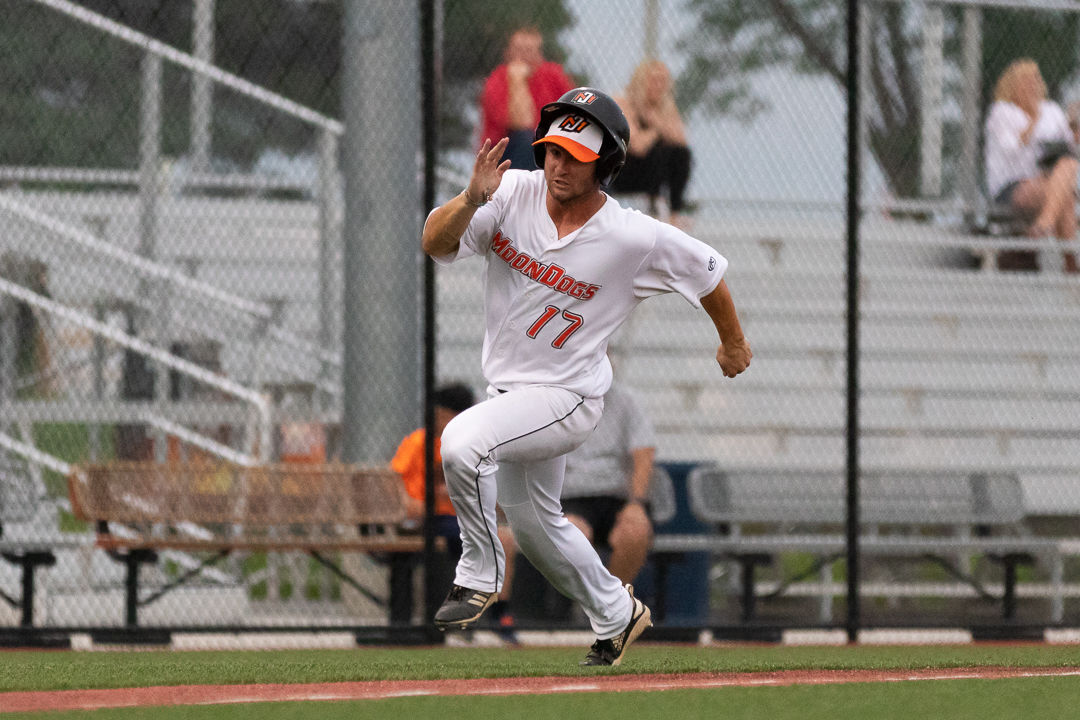 Chippewa Falls native Zach Gilles runs home during a game this summer for the Mankato MoonDogs in Mankato, Minn. 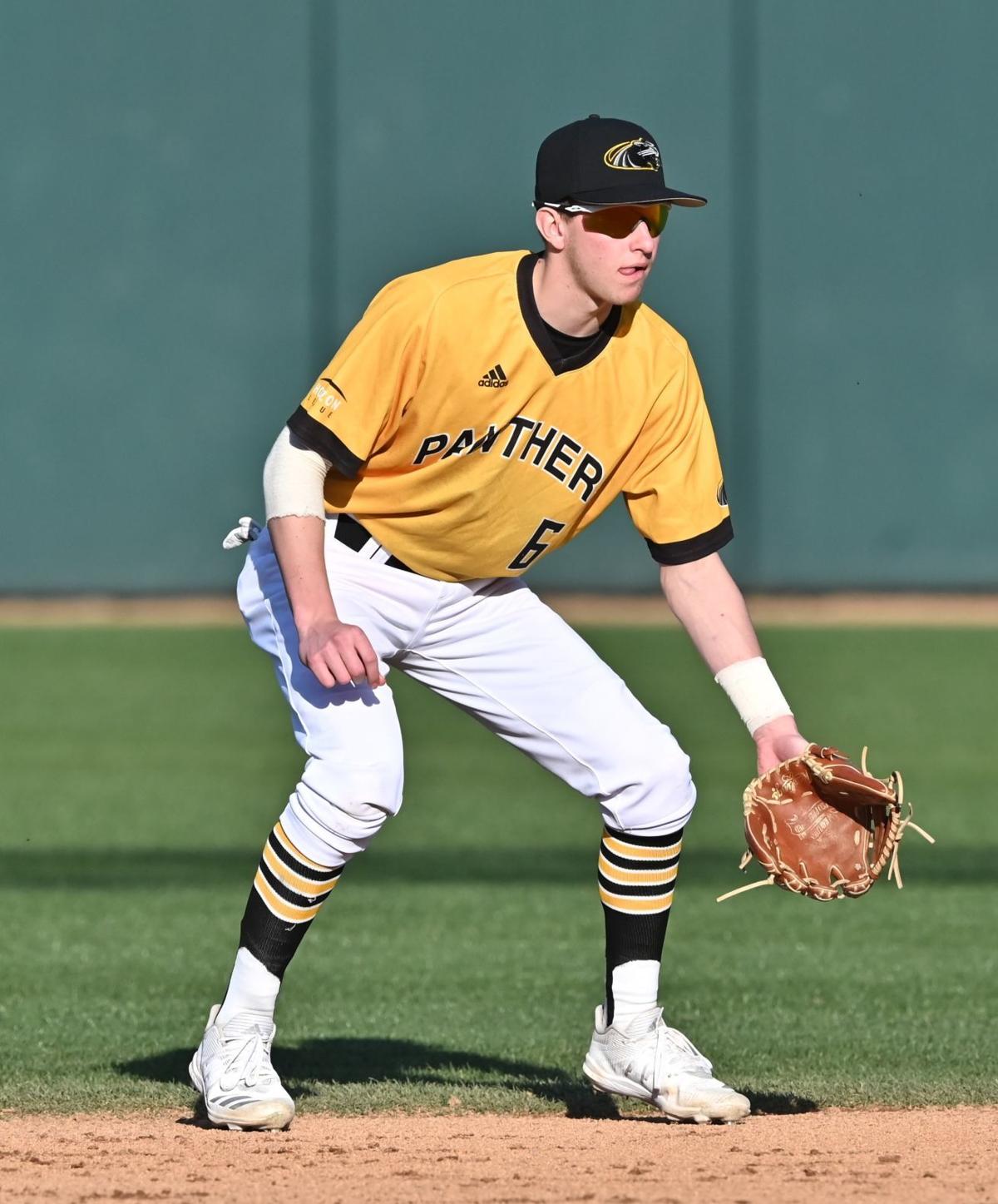 Fall Creek native Marcus Cline prepares to make a play for UW-Milwaukee during a game against Sacramento State on Feb. 22 in Sacramento, Calif. Cline is playing for the K-Town Bobbers in the Northwoods League this year. 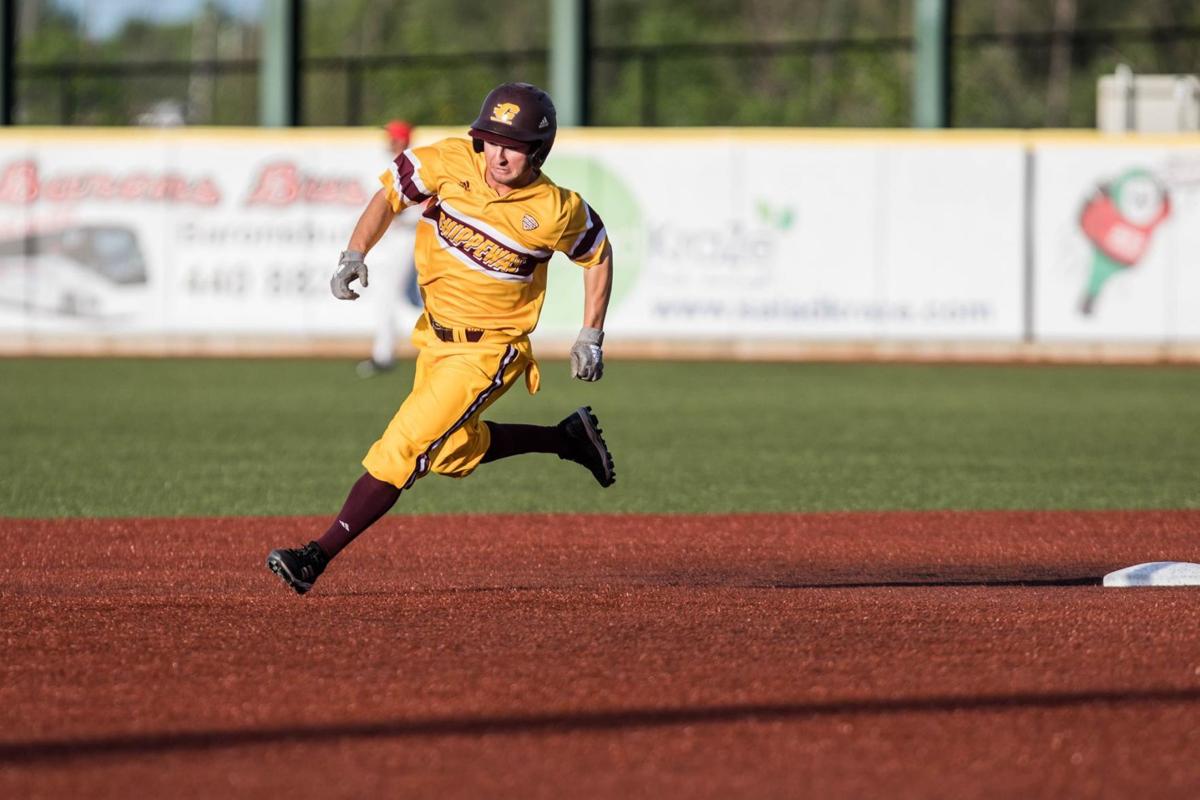 Chippewa Falls native Zach Gilles runs home during a game this summer for the Mankato MoonDogs in Mankato, Minn.

Fall Creek native Marcus Cline prepares to make a play for UW-Milwaukee during a game against Sacramento State on Feb. 22 in Sacramento, Calif. Cline is playing for the K-Town Bobbers in the Northwoods League this year.

Zach Gilles wakes up, gets ready for the day and begins to gather his things.

He heads to the ballpark and prepares to load his equipment onto the bus, eager to take the diamond later that night.

But that’s where the similarities to previous summers in the Northwoods League end for the fourth-year veteran of the league.

Gilles, a Chippewa Falls native, and his Mankato MoonDogs teammates have their temperatures taken before they’re allowed to board the bus. Once they get to their destination, officials at the host team’s stadium take the players’ temperatures again. At the game, interaction with fans is prohibited. Fans in the stands are limited anyway, with seats being strategically assigned to allow for ample social distancing.

Gilles is still able to play baseball. But the process required to do so is unlike anything he has experienced before.

As one of the league’s most experienced players, Gilles might have thought he’d know life as a summer player inside and out. But as 2020 has taught so many athletes, nothing can be taken for granted amidst the coronavirus pandemic.

“It’s just taking extra precautions, trying to keep all of us safe,” Gilles said. “So that’s good. I think they’ve done a good job with everything.”

Gilles is one of a handful of players with Chippewa Valley ties to be playing in the new-look Northwoods League this summer. Each is glad for the chance to be playing, even if it is under unusual circumstances.

“I was definitely excited to get back out there,” said Fall Creek native Marcus Cline, who is planning to begin playing for the K-Town Bobbers in Kenosha this week. “When the call came, I was just ready to play ball.”

Cline has had a firsthand look at his club’s coronavirus protocols despite not having played yet this summer. His initial COVID-19 test with the team came back positive, even though he barely had any symptoms.

So the soon-to-be UW-Milwaukee sophomore had to wait things out until he could get a negative test, at which point he was free to head to Kenosha.

“I really didn’t have any symptoms besides loss of smell and taste,” Cline said. “So I’ve just been sitting at home. ... It definitely (caught me by surprise), because I was feeling fine. Coach called me and said it was positive, and I was just like, ‘No kidding?’ It just shocked me.”

UW-Stout pitcher Jace Baumann had an uncertain start to his summer as well. With the Northwoods League breaking its teams into regional pods, some teams began playing much earlier than others as they worked to meet local health guidelines. When Baumann didn’t know whether or not his team, the Wisconsin Woodchucks, would even play at all this year, he decided to get a job.

Shortly after he started working, of course, the Woodchucks began playing.

“I had to find a job, and then quit my job and go straight into playing,” said Baumann, who will be a senior for Stout next year. “I was training and stuff, I just hadn’t been in competition since really late February. So after three months of not doing anything competitive was really a struggle, but we had a couple of practices and I got back in the groove.”

Baumann, a Mosinee native, is living at home while playing for the Woodchucks. Cline will live with his sister for the summer, while Gilles is living with a host family.

Baumann has been subject to even more safety protocols with the Wausau-based Woodchucks. Players are required to wear masks on the bus and in the clubhouse. Each player was issued hand sanitizer and their own water bottle, and there’s a specific bathroom they’re required to use.

He said he doesn’t mind the rules.

“I like that every day we get our temp taken,” he said. “If you pop a fever, even if it’s a little one, you get sent home until it’s gone. Luckily that hasn’t happened to anyone yet. ... And we had to get tested (for COVID-19) to even make the team, so that was nice.”

With the college baseball season canceled shortly after it began, the summer has become even more important than usual for players to develop and work on their craft. The Northwoods League has helped them avoid going an entire year without baseball.

“It’s important to be able to play, and have some fun too,” Gilles said. “I’m just hoping to play baseball as long as I can.”

Gilles, who will be a fifth-year senior at Central Michigan next season, has enjoyed a great start to life on the field. He’s far and away Mankato’s top hitter, posting a .391 batting average through Friday. He was also tied for the team lead with eight RBIs.

Baumann is off to a good start too. As of Saturday afternoon, he had pitched in four games and commanded a 2.84 ERA.

“To me, the unknown is what really bugs me,” Baumann said. “Once a season starts, I want to see how my skills have improved since the last one. So only having three games in the spring and not really knowing how much I’d improved was difficult for me. So being able to play at all is nice, and seeing how much I’ve improved since last season is great.”