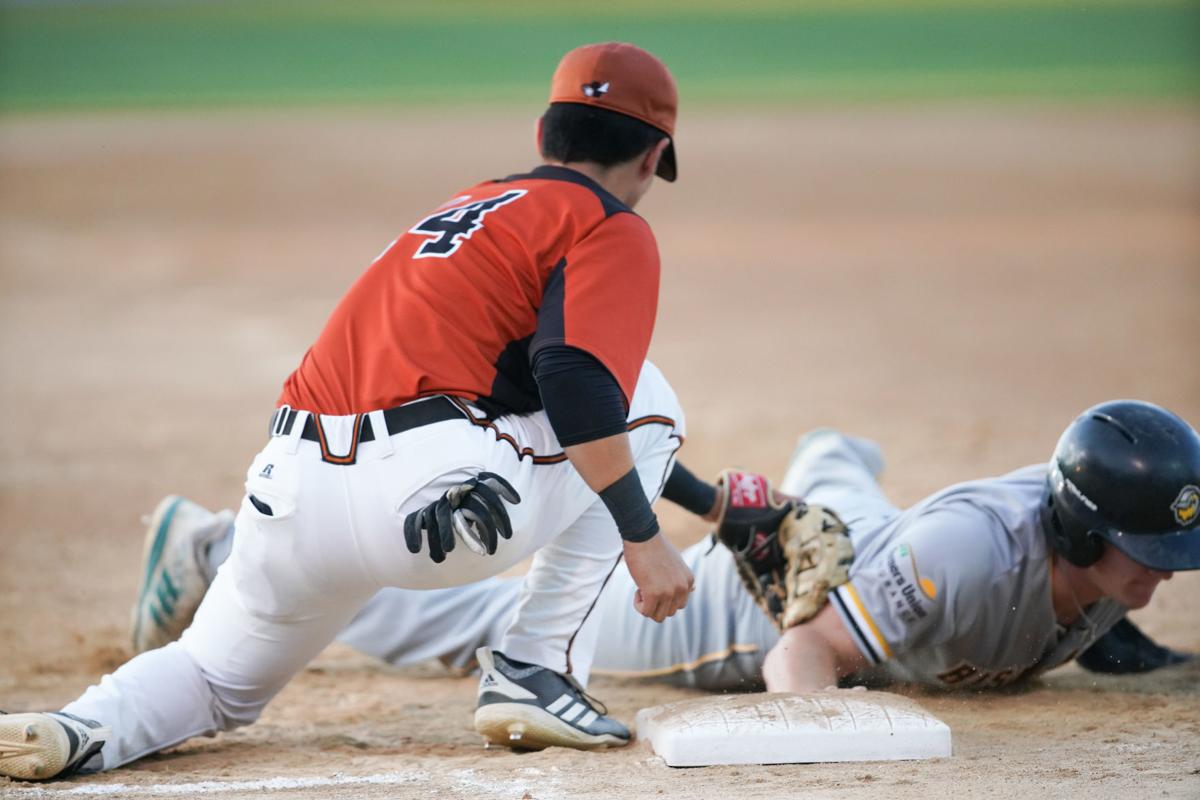 Brandon Dieter of the Eau Claire Express attempts to tag out a Bismarck Larks player on Aug. 8, 2019, at Carson Park. 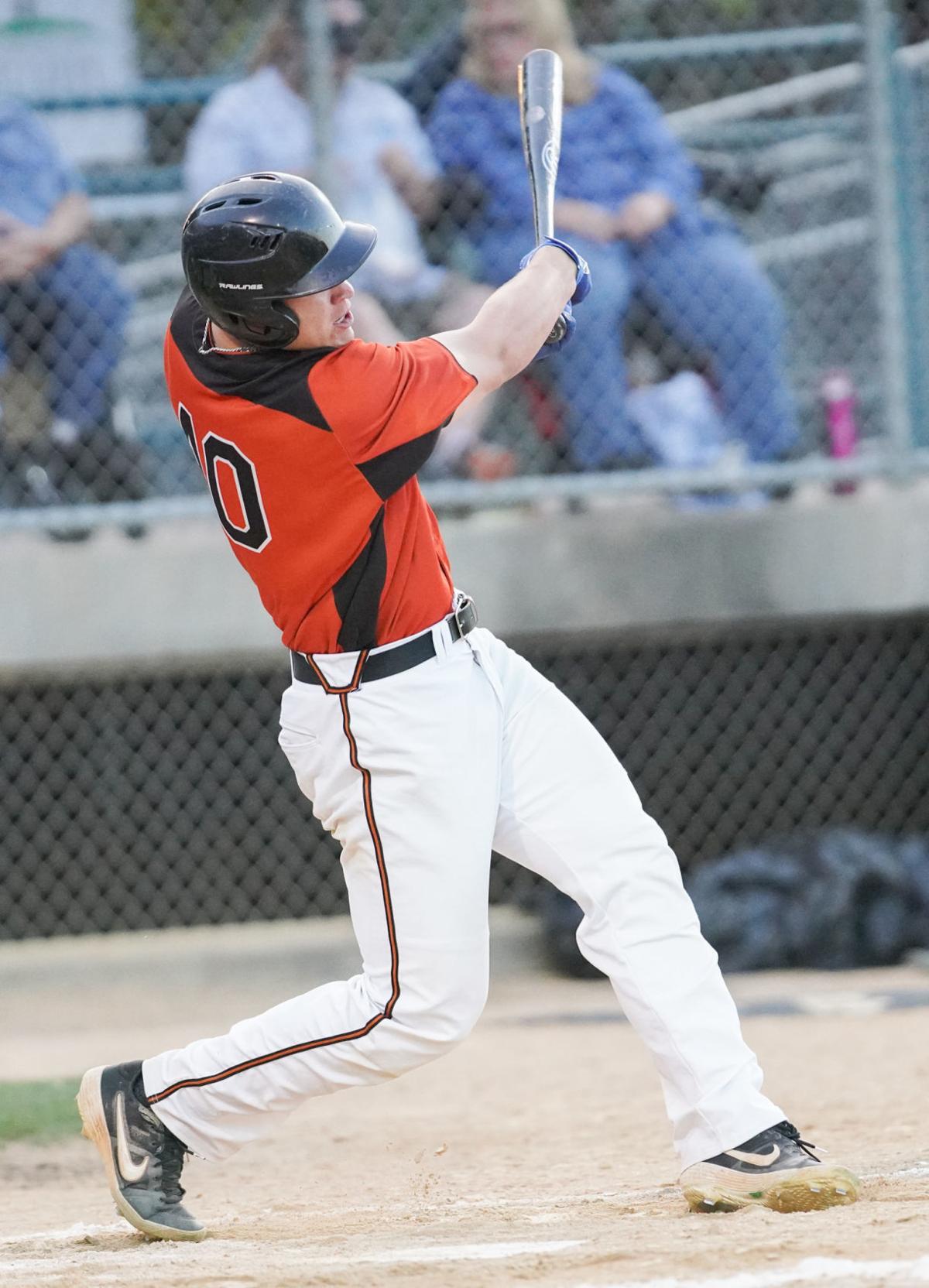 Alec Trela of the Eau Claire Express takes a swing against the Bismarck Larks on Aug. 8, 2019, at Carson Park.

Brandon Dieter of the Eau Claire Express attempts to tag out a Bismarck Larks player on Aug. 8, 2019, at Carson Park.

Alec Trela of the Eau Claire Express takes a swing against the Bismarck Larks on Aug. 8, 2019, at Carson Park.

A Twitter video posted by the Bismarck Larks Tuesday points toward a potential return of the Northwoods League this summer.

The video, which features Lark general manager John Bollinger, outlines a potential return of play with fans by as soon as next month.

“While the new North Dakota Smart Restart guidelines for large venues and gatherings make an opening day of May 26 no longer feasible, we have an exciting plan in place to play baseball with fans as soon as June 15,” Bollinger said.

Larks Nation - we have an important PFA (Public FUN Announcement) regarding the 2020 season.

Exciting plans being finalized to play Northwoods League baseball on Dakota Community Bank and Trust Field, with fans in the stands, as soon as June 15! pic.twitter.com/nG38WuVK5W

Eau Claire Express general manager Jacob Servais declined to comment on the situation when reached out to by the Leader-Telegram.

“The Eau Claire Express has no comment in regards to this post and will continue to update our community via our social media and website platforms as we receive information from the NWL office,” Servais said.

The Northwoods League was not immediately available for comment.

“Rest assured our team has been working day and night with the Northwoods League, Bismarck Parks and Recreation, Bismarck-Burleigh Public Health, other health officials and you, the fans, to provide a safe, fun, Northwoods League season this summer,” Bollinger said.

The Northwoods, originally slated to start on May 26, announced an indefinite postponement of opening day on May 7 following the extension of Wisconsin’s “Safer at Home” order. That order was struck down last week by the Wisconsin Supreme Court, kicking off a reopening of the state.

Bollinger stated there will be changes in the Bismarck ballpark which will be outlined in a “Larks Smart Start” plan that has yet to be made public.

The Northwoods League consists of teams in seven states and one in Canada, the Thunder Bay Border Cats. That could complicate restart efforts after Canadian Prime Minister Justin Trudeau announced Tuesday that the Canada-U.S. border restrictions, which limit travel to essential business, will be extended through June 21.

The Express were scheduled to open their season at Thunder Bay on May 26. The team’s home opener was set for May 30 at Carson Park.

With a large geographic footprint, the Northwoods League will need to juggle legislation from a handful of states in addition to the Canadian-U.S. border.

Iowa, home of the Waterloo Bucks, has not declared a stay-at-home order. North Dakota allowed many of its businesses to open at the start of May granted the businesses follow a set of guidelines. Large venues in the state face capacity restrictions.

Minnesota’s stay-at-home order expired Monday, allowing some businesses to open. Bars and salons are set to open in the state on June 1, although the state’s metaphorical dial, constructed to inform Minnesotans on the current state of the pandemic, is far from recommending attendance at large sports venues or concerts.

Indiana is in the first stage of its reopening plan after its stay-at-home order expired on May 1. Stage 1 only includes the opening of critical businesses.

Michigan and Illinois have active stay-at-home orders, with Michigan’s set to run through May 28 and Illinois’ through the end of the month.