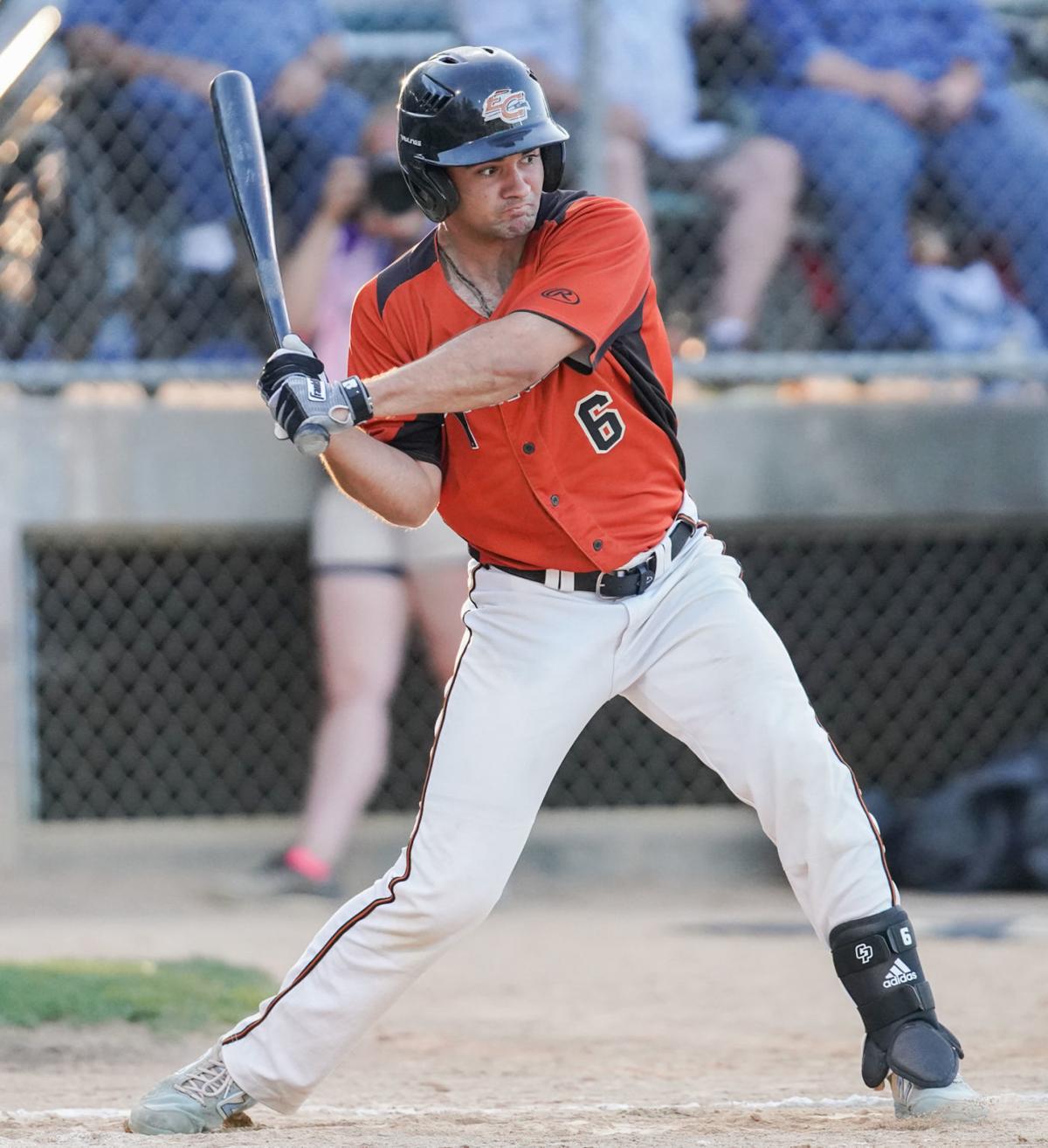 Nick Marinconz begins to swing against the Bismarck Larks on Aug. 8, 2019, at Carson Park. 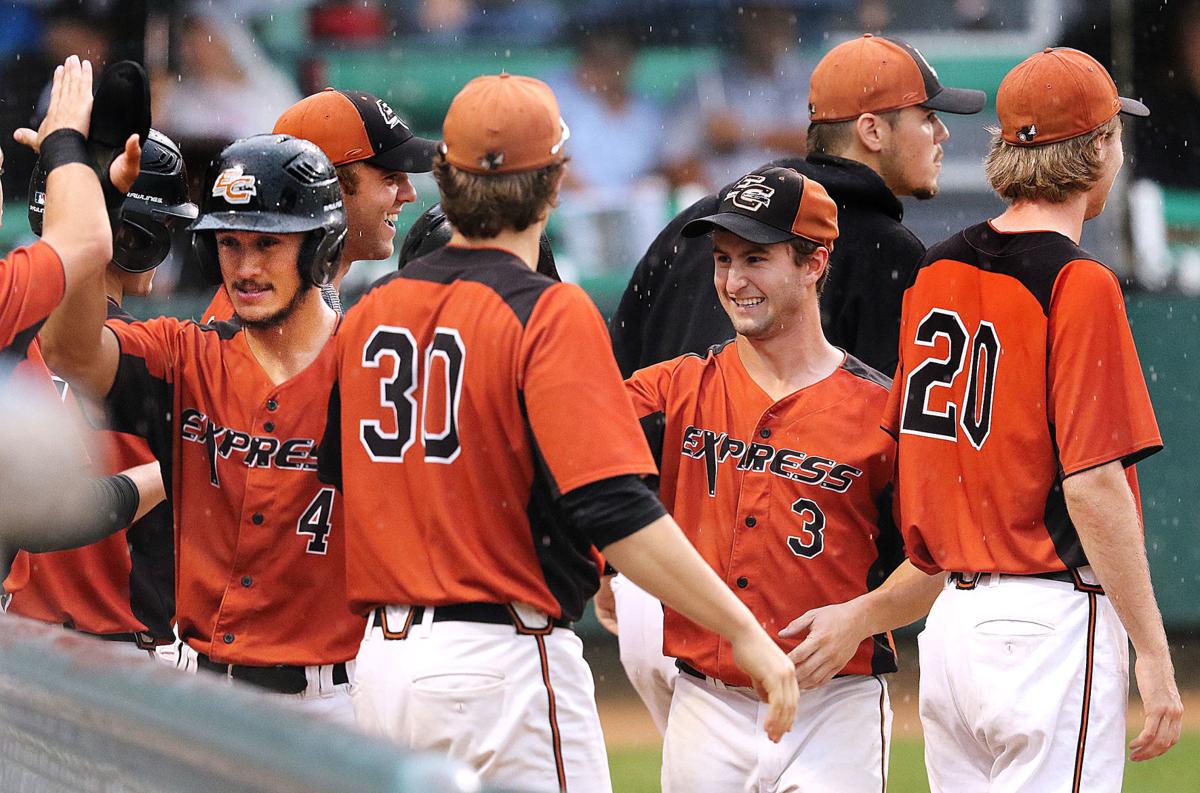 Cole Cabrera (4) and Zach Gilles (3) are greeted by the Eau Claire Express dugout after scoring the first of six first-inning runs versus Waterloo on Aug. 13, 2019 at Carson Park.

Nick Marinconz begins to swing against the Bismarck Larks on Aug. 8, 2019, at Carson Park.

Cole Cabrera (4) and Zach Gilles (3) are greeted by the Eau Claire Express dugout after scoring the first of six first-inning runs versus Waterloo on Aug. 13, 2019 at Carson Park.

The Northwoods League will hit the field after all this summer, although the setup is an unfamiliar one.

The Northwoods announced a restart plan centered around Bismarck, N.D., on Wednesday, with three teams set to play in a pod featuring a rotating schedule of 72 total games once the state moves to its low risk phrase of its restart plan.

The Bismarck Larks, Bismarck Bull Moose and Bismarck Flickertails could be the first of multiple pods. The League said it will adopt a similar pod approach to schedule games within each sub-region of the Northwoods’ geographic footprint once it becomes possible for play to safely commence and safety plans are developed.

“Working in consultation with the North Dakota Department of Health, Bismarck-Burleigh Public Health, and the Bismarck Parks and Recreation District, the Bismarck Larks have fashioned a careful and thorough ‘Larks Smart Start Plan’ in order to create an environment where the fans, players and personnel at Bismarck Municipal Ballpark can return knowing the place where they are gathering has been subjected to a rigorous process with their safety as the primary concern,” Northwoods League President and Commissioner Gary Hoover said in a statement.

Eau Claire County does not permit outdoor mass gatherings over 20 people in its latest health order announced Wednesday. The new order, which goes into effect on Friday, will last two weeks.

One of the three Bismarck squads, the Flickertails, will feature loaned American players from Thunder Bay, Canada, where play is not possible due to border and municipal restrictions.

“The games will start on June 15 with a best-of-three postseason ending on September 4,” Bismarck Larks general manager John Bollinger told the Bismarck Tribune. “Seventy-two dates allows us to maximize playing opportunities and seat all of our ticketholders while maintaining a reduced capacity.”

The Larks detailed their return setup in the six-page “Larks Smart Start Plan.” Included is a handful of changes at its home, Bismarck Municipal Ballpark, to help ease coronavirus concerns. Attendance will be limited to 500 while North Dakota is in its “low risk” stage of reopening and gates will open 90 minutes before first pitch to eliminate congestion. Tickets will not be printed on site and the park will also not accept cash unless for tips.

Attendance could increase to 950, at 50% capacity, when North Dakota reaches its “new normal” stage of reopening.

Fans are encouraged to wear masks, but masks are not required to attend. Attendees will leave by row to eliminate congestion following the game.

As for players, Bismarck said temperatures will be taken prior to each game. Players are encouraged to keep a distance between themselves and fans, refraining from signing autographs or throwing baseballs into the crowd.

The Larks will be coached by their usual head man, Will Flynt. The Bull Moose will be under the direction of Larks assistant Mitch Gallagher, while Border Cats coach Mike Steed will lead the Flickertails.