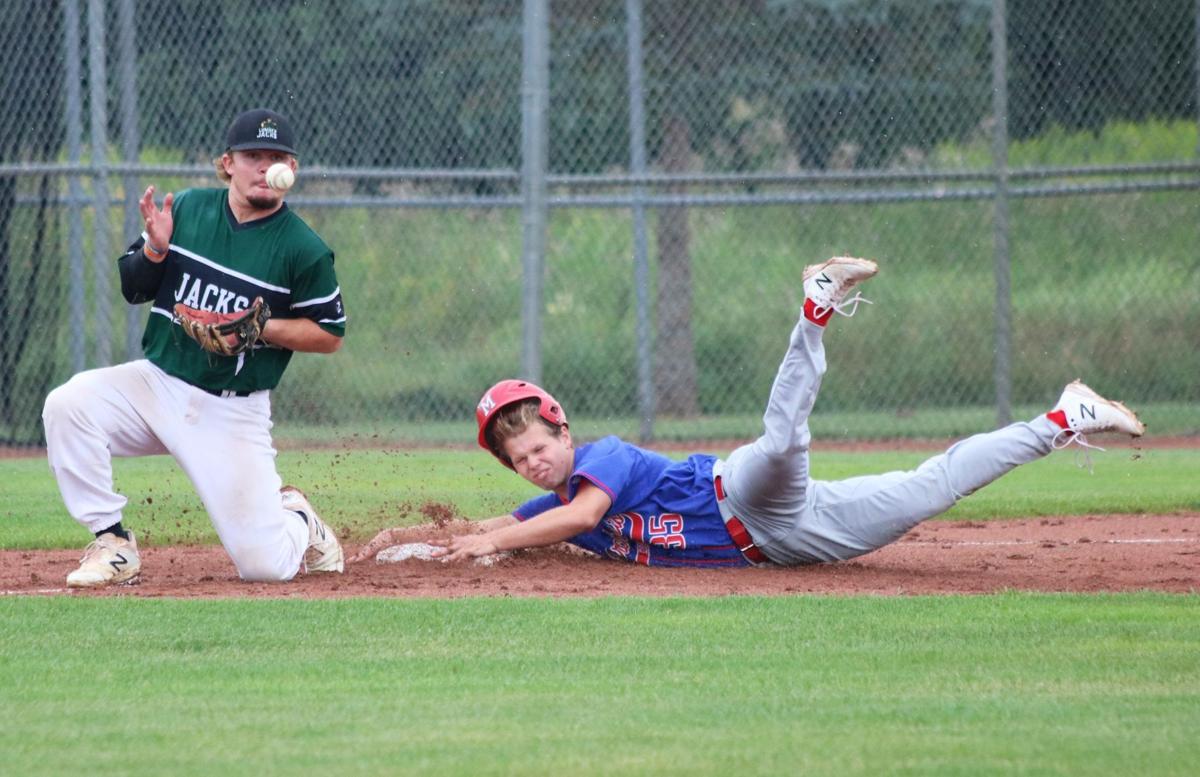 Osseo Merchants’ Joey Kinderman slides into third base while Chippewa Falls LumberJacks infielder Nolan Hutzler tries to corral a throw during a game on Sunday in Osseo. 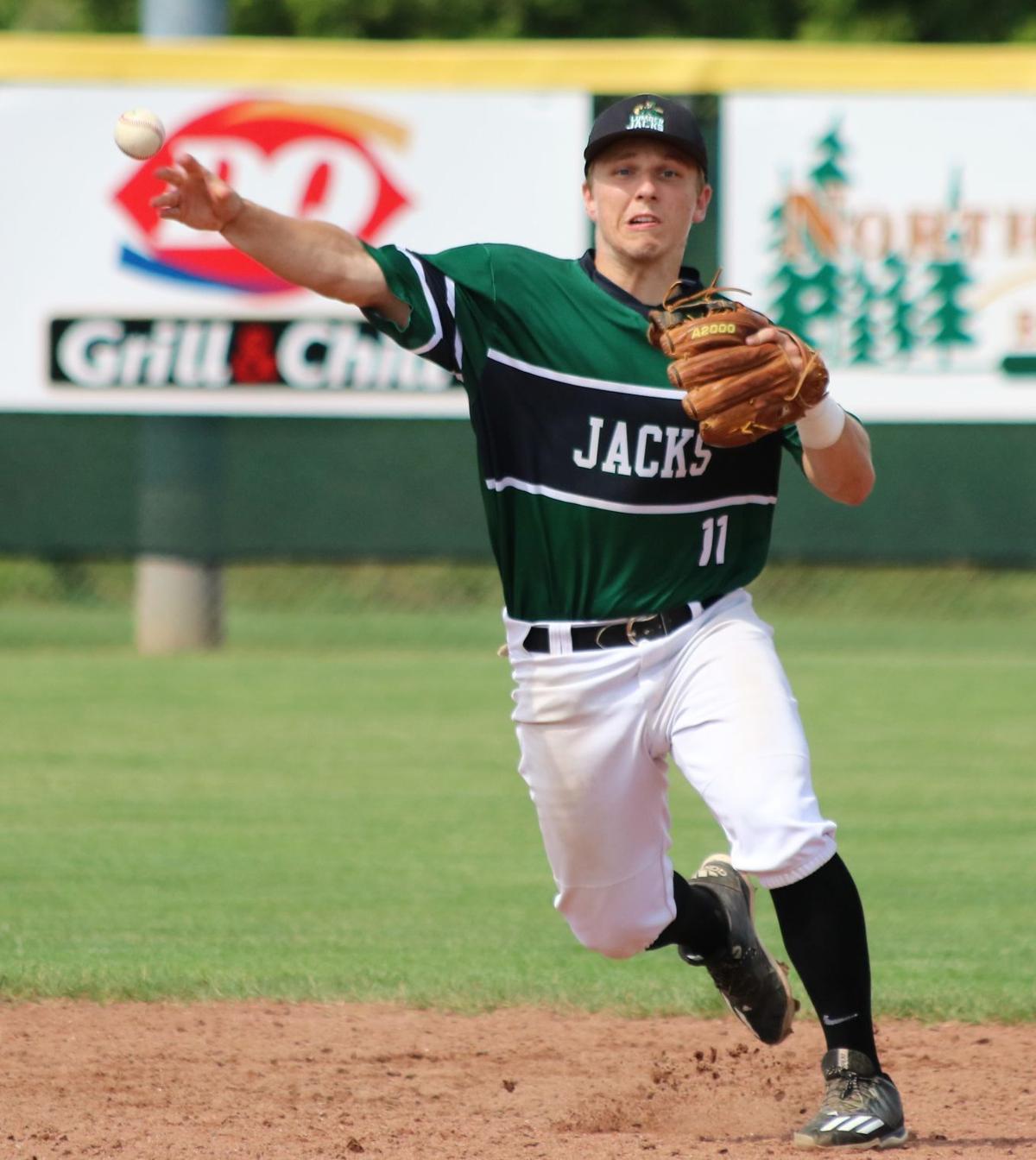 Chippewa Falls LumberJacks shortstop Matt Martineau throws to first during a game against Osseo on Sunday in Osseo. 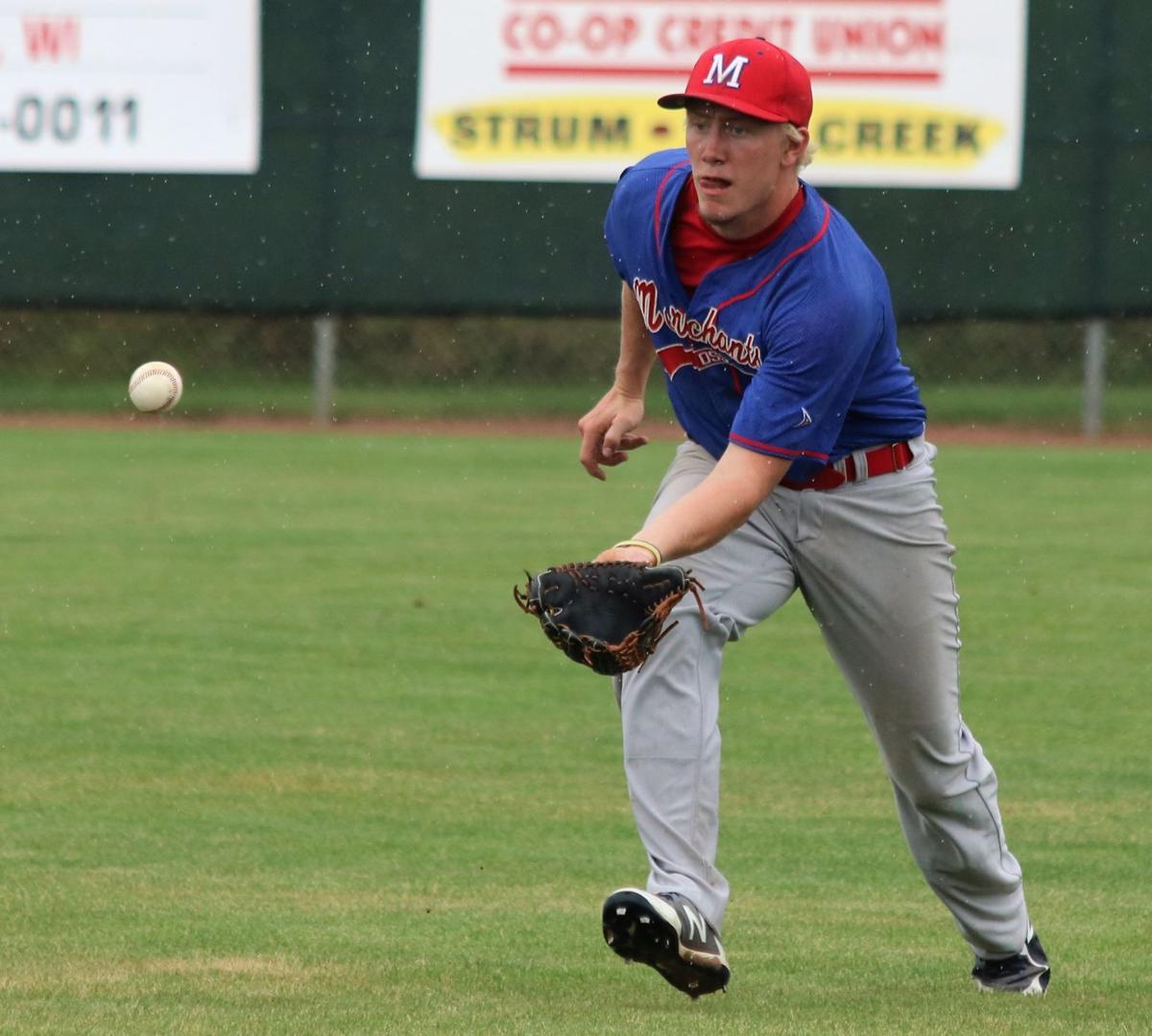 Osseo Merchants outfielder Jaxon Kostka attempts to catch a fly ball during a game against Chippewa Falls on Sunday, Aug. 9, in Osseo. 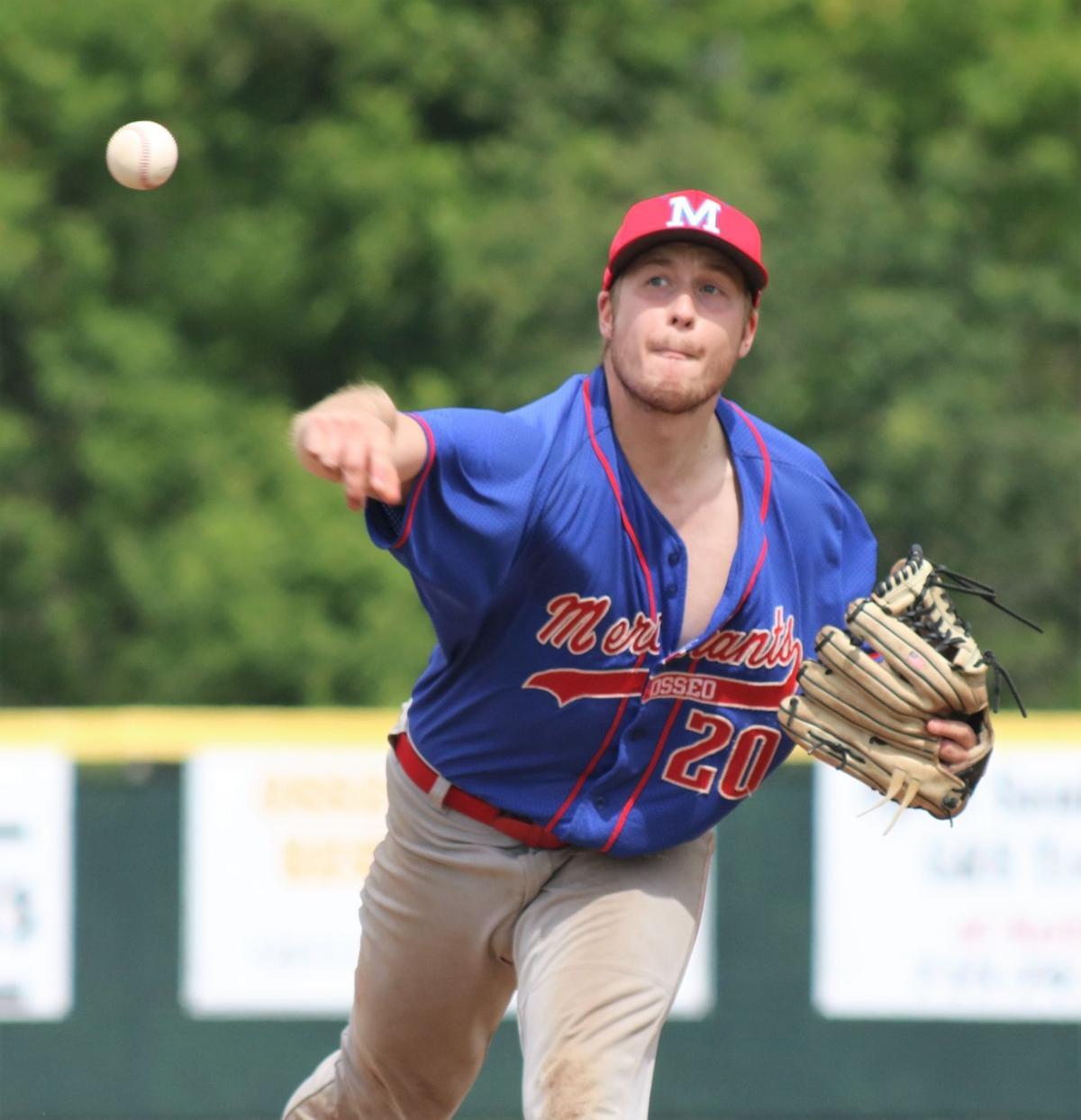 Osseo Merchants pitcher Luke Eide throws during a game against Chippewa Falls on Sunday in Osseo.

Osseo Merchants’ Joey Kinderman slides into third base while Chippewa Falls LumberJacks infielder Nolan Hutzler tries to corral a throw during a game on Sunday in Osseo.

Chippewa Falls LumberJacks shortstop Matt Martineau throws to first during a game against Osseo on Sunday in Osseo.

Osseo Merchants outfielder Jaxon Kostka attempts to catch a fly ball during a game against Chippewa Falls on Sunday, Aug. 9, in Osseo.

Osseo Merchants pitcher Luke Eide throws during a game against Chippewa Falls on Sunday in Osseo.

OSSEO — The road looked a lot different this year, but the Osseo Merchants still got to their favorite August destination.

The Merchants won a Wisconsin Baseball Association qualifier 11-2 over the Chippewa Falls LumberJacks on Sunday, booking a 10th consecutive trip to the WBA state tournament.

For four straight summers, qualification had come through a string of league titles. But with the Chippewa River Baseball League season canceled this year, Osseo needed to play well in a single-elimination format to guarantee another shot at a state title.

They did just that.

“It means a lot to play this weekend,” Merchants infielder Joe Zawacki said. “We started out playing some of those non-league games, and it was just good to be back around some of our guys and play the game that we love, not knowing this weekend was going to happen. ... It was just nice to get out here and play nine innings of baseball, and get another trip to the state tournament.”

Osseo, the 2018 WBA champion, will look to add another title next weekend. The tournament is split between sites in Spooner and Hayward.

The Merchants pulled away with a couple of crooked numbers midway through their bout with the LumberJacks. Osseo scored three runs in both the fifth and sixth innings to turn a three-run lead into an insurmountable advantage.

A couple of defensive miscues helped the Merchants post the big innings, and sunk Chippewa Falls’ chances of a comeback.

“You’ve got to make plays when you need to, and we didn’t stop it,” Chippewa Falls manager Wayne Franz said. “I think our pitchers deserved better, I really do. I think it said two errors up there (on the scoreboard), but it felt like a lot more.”

The Merchants jolted out to a 3-0 lead in the first inning, powered by an RBI single by Jaxon Kostka and a two-RBI double by Todd Wienkes.

But Chippewa Falls’ offense put in work early as well. The LumberJacks scored on an error in the second inning and Matt Martineau’s single drove in a run in the third.

Osseo was persistent though. The Merchants scored in each of the first three innings, with lone runs in the second and the third.

In the fifth, Jesse Brockman’s two-RBI double opened the floodgates for Osseo. Nolan Matson added a sacrifice fly, and Ryan Freitag belted a bases-clearing double an inning later to put the Merchants up by nine.

“I think what it comes down to is that we’re a team,” Brockman said. “Even on days where the top half of our lineup isn’t hitting or playing well, the other half picks everybody up. We’ve been playing long enough that being close as a team really makes it hard to beat us.”

Eight different Merchants had at least one hit. Kostka led the way with a 3 for 4 day.

“The thing is two-strike hits. They did it all day, and that’s what they’re known for,” Franz said. “We give them a lot of credit.”

Matt Pomietlo and Cooper Kapanke had two hits apiece for Chippewa Falls, a club which was revived for its first season of action since 2016.

“We do take something out of it,” Franz said. “We didn’t play our best ball (Sunday), we haven’t made some of those mistakes all year. But at the same time, it was for all the marbles, so to speak, to go on. We didn’t really show up, but I give more credit to the opposing team. They just hammered the ball and pitched well.”

Matchups for the WBA tournament were not yet announced at press time.

“It’s always fun to go out and play different teams, teams you don’t see all the time,” Brockman said. “It’s even more fun to bring home that trophy. Something to be proud of.”