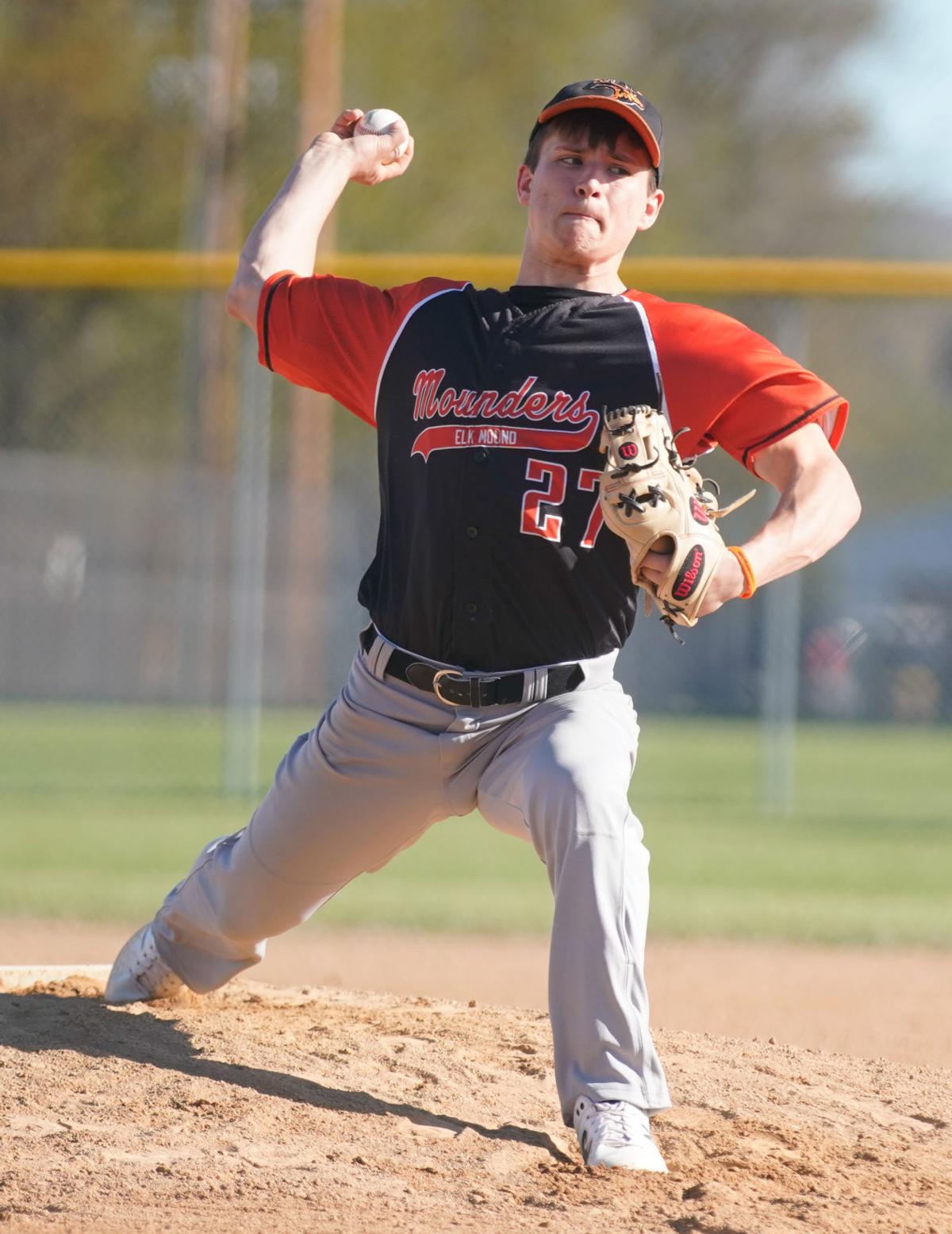 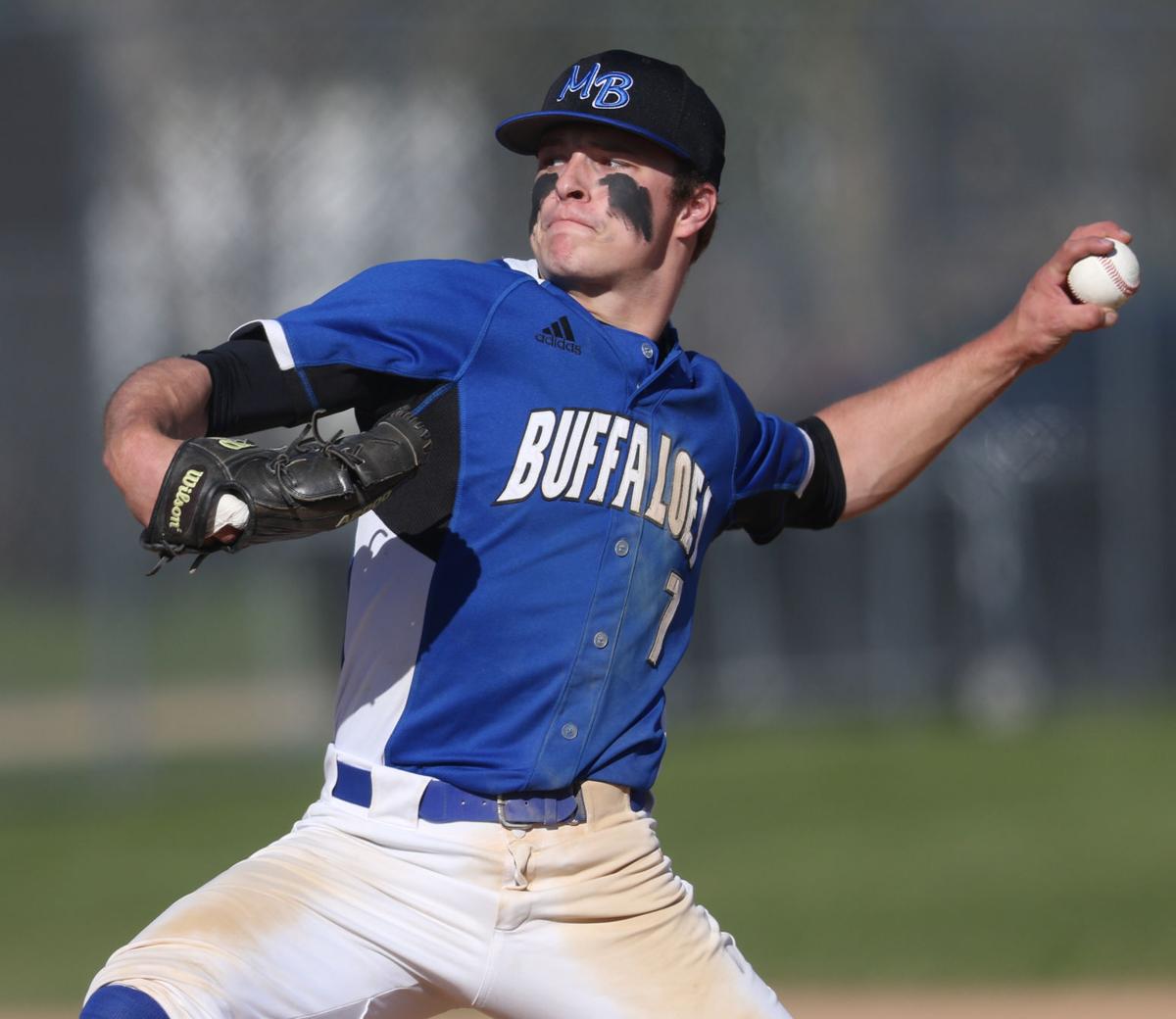 Mondovi pitcher Tanner Marsh delivers during a baseball game against Elk Mound on Thursday in Mondovi.

Mondovi pitcher Tanner Marsh delivers during a baseball game against Elk Mound on Thursday in Mondovi.

MONDOVI — Paul Andrea has been doing this for a while.

And not even the longtime Elk Mound baseball coach has seen something quite like what his team did Thursday.

The Mounders rallied from a seven-run deficit, scoring 19 runs in the final three innings to surge past Mondovi for a 19-8 victory.

“I just told the boys, in my 20-plus years as head coach I’ve never seen a game like that,” Andrea said. “We just stayed in the game enough to not get 10-runned, first of all, and then to put up 19 runs in that amount of time, I’ve never seen anything like it.”

Elk Mound couldn’t mount much of a challenge against Mondovi starting pitcher Tanner Marsh, who struck out eight in four innings. But after the southpaw departed, the Mounders stayed patient and capitalized on their opportunities.

Elk Mound drew 16 walks and gave itself plenty of chances to bat with runners on base. In the final three innings, they made things happen.

“That was definitely the biggest comeback I’ve ever been a part of,” Elk Mound’s Ryan Bohl said. “We just stayed calm and realized the game wasn’t over. We had plenty of time to work with.”

Bohl was pivotal in keeping the Mounders in the game. The senior came on in relief after Mondovi built a 7-0 lead in the second inning. He worked 5.1 innings from there, holding the Buffaloes to one run while striking out eight.

“I knew I had to keep calm, not let my nerves get to me,” Bohl said. “I realized I had a good defense behind me, so I just had to relax and throw strikes.”

Meanwhile, his offense kept drawing walks and knocking big hits when they needed them most. Nate Lew and Jerome Delikowski both hit three-RBI doubles for Elk Mound.

Mondovi was getting some new players up to speed, and coach Jordan Gefroh said they didn’t throw quite enough strikes to hold onto their big lead. Sixteen free passes were too much to overcome.

“Hard to win when we walk that many guys, and there were a couple of errors too,” Gefroh said. “It started out really well for us, but the wheels kind of fell off. We had some guys who don’t have much experience, so I think we saw that come out a little bit today.”

Delikowski finished with six RBIs for Elk Mound, while Lew drove in five runs of his own. Both had three hits.

Ashton Fedie hit a two-RBI double in the second inning for Mondovi. Marsh had a pair of hits and an RBI. The University of St. Thomas commit also stole two bases.

“Tanner brings an energy to our team that’s infectious. That senior leadership is really important for us,” Gefroh said. “We talk about the peaks and valleys of a baseball game, and you’ve got to have a short memory in this sport. We’re going to come back tomorrow and keep working like we always do.”