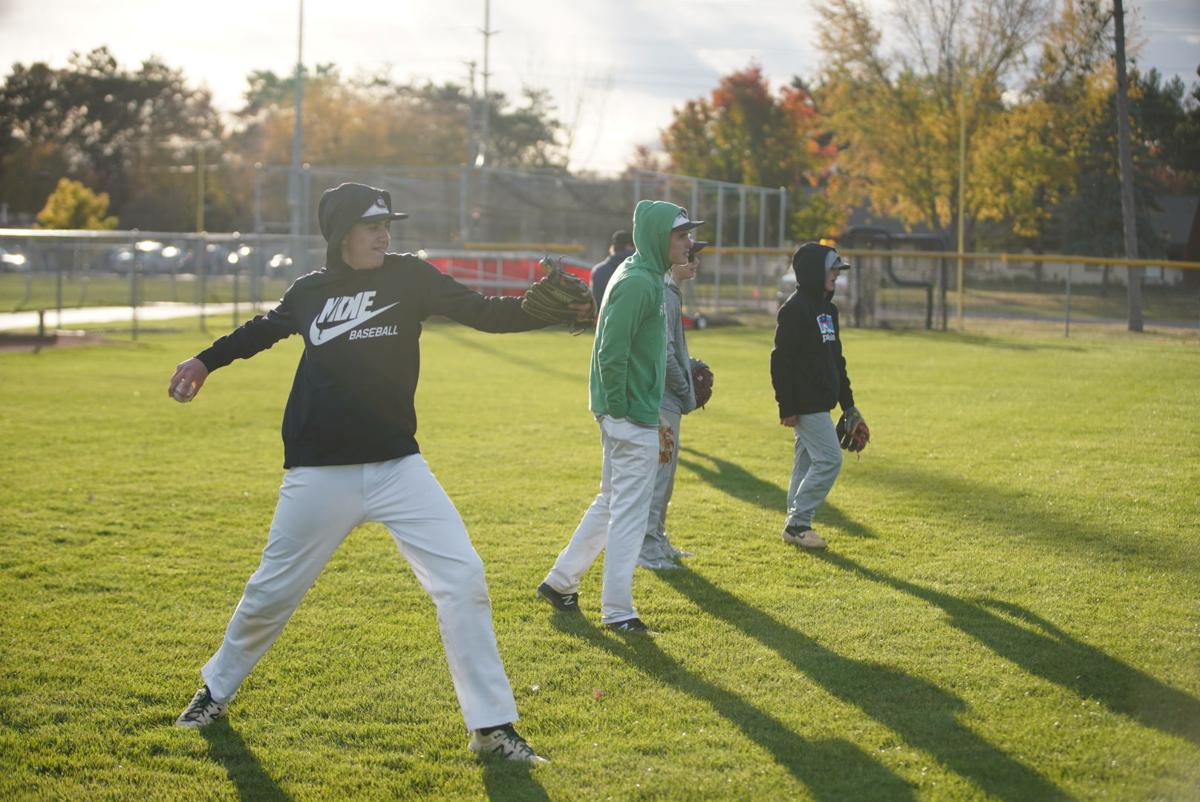 A group of players play catch during a fall baseball practice on Thursday at Cinder City Park in Altoona. 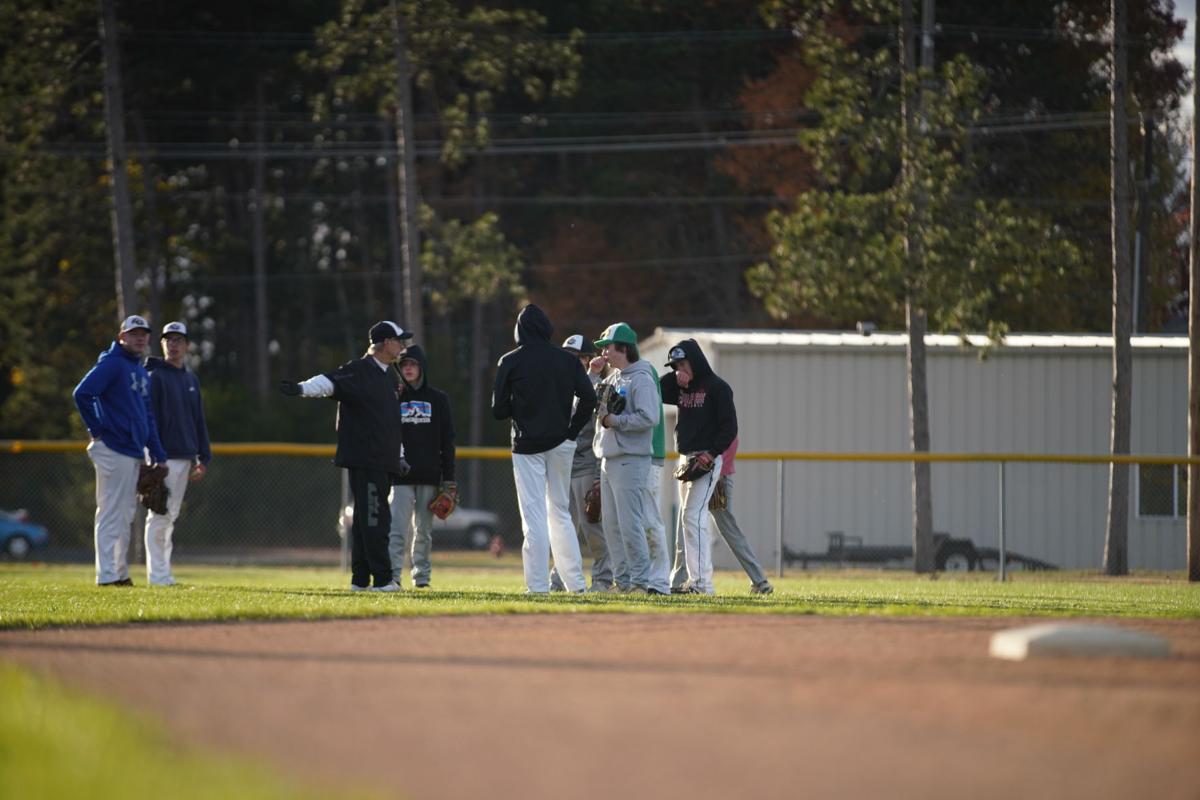 A group of players play catch during a fall baseball practice on Thursday at Cinder City Park in Altoona.

ALTOONA — There was a familiar feeling at Cinder City Park on Thursday.

As a handful of local high school baseball players laced up their cleats to hit the diamond, a biting wind whipped through the park, forcing hoods to be raised and gloves to be donned.

Although this was fall making its presence known at the field, it wasn’t much different than the chill a prep baseball player might feel during the first few outdoor practices of the spring. And with this spring’s season wiped out by the coronavirus, a sense of familiarity at the baseball diamond is one of the goals this fall league is hoping to hit.

The fall program, put on by Momentum Baseball Academy, is nearing the conclusion of its season. Four teams — three varsity and one JV — composed of players from all over the Chippewa Valley have played a fall season with the program this year, coached by some of the area’s sharpest baseball minds.

“The kids are very excited to get out here,” said Mark Felmlee, another coach in the program. “With their high schools, they had nothing in the spring, so they’ve been very excited to be here. And the reason they’re here is to learn, to get better.”

There’s been a fall program for five years, but it has grown exponentially in the last couple of seasons. It had two teams last fall but doubled that number this year.

Each team plays doubleheaders in Mauston each Sunday during the season.

While fall baseball is different from high school baseball in its own right — the focus of fall ball is typically more geared toward development than winning — the players say it’s nice to be back out on the field.

They’ve been able to do exactly that. The weather has been kind to ball players this fall, allowing them to play a normal season.

Players have come to the program from all over. Eau Claire, Chippewa Falls, Fall Creek, Colfax and Stanley are just a few of the communities that are represented on the teams.

It’s been a chance to meet new people and make friends with kids that might be in the other dugout come spring.

“With summer ball, we’ve kind of been with one group of guys our whole lives, and with fall ball it’s just more of a mixture with all sorts of different schools,” Ben Boda, a Regis player said. “It’s cool, you get to see everybody that maybe you don’t play in the school season, and make friends with people from different schools. It’s fun.”

The season sees each team play against squads from other areas of the state for five weekends at Woodside Sports Complex.

Other programs often send one team to play, Felmlee said, making this area’s setup unique — especially given the coaching pedigree.

“I would say we’re at the top of the ladder,” Felmlee said of the coaching in the program. “Everybody just has a good knowledge of the game, and they preach the right way to play the game. Hustle, get it done, get to where you need to be, that kind of thing.”

“I feel like the coaching’s good, even though it can be hard on their part because they don’t know all of our talents right away,” Bryce Sikora of Colfax said. “But if you come to this league, you’re going to get a lot of knowledge.”

There wasn’t any guarantee the program would go on this fall amid COVID-19, but the season has been more or less normal.

“It’s been smooth, considering,” Brad O’Connell, a coach in the program and the managing director at Momentum Baseball said. “We got started with our planning phase in the summer when everything was a big question mark. So I thought it went pretty smooth for the most part, even with the weather too.”

It’s given the players the chance to make up for lost time after the canceled spring season. And any chance to get better as a player can make a difference.

“Fall ball’s the time to get better at the fundamentals,” Stanley-Boyd’s Trenton Whisnant said. “High school baseball’s really about getting into it, and for me fall ball’s all about practicing and getting better at what you need to get better at.”