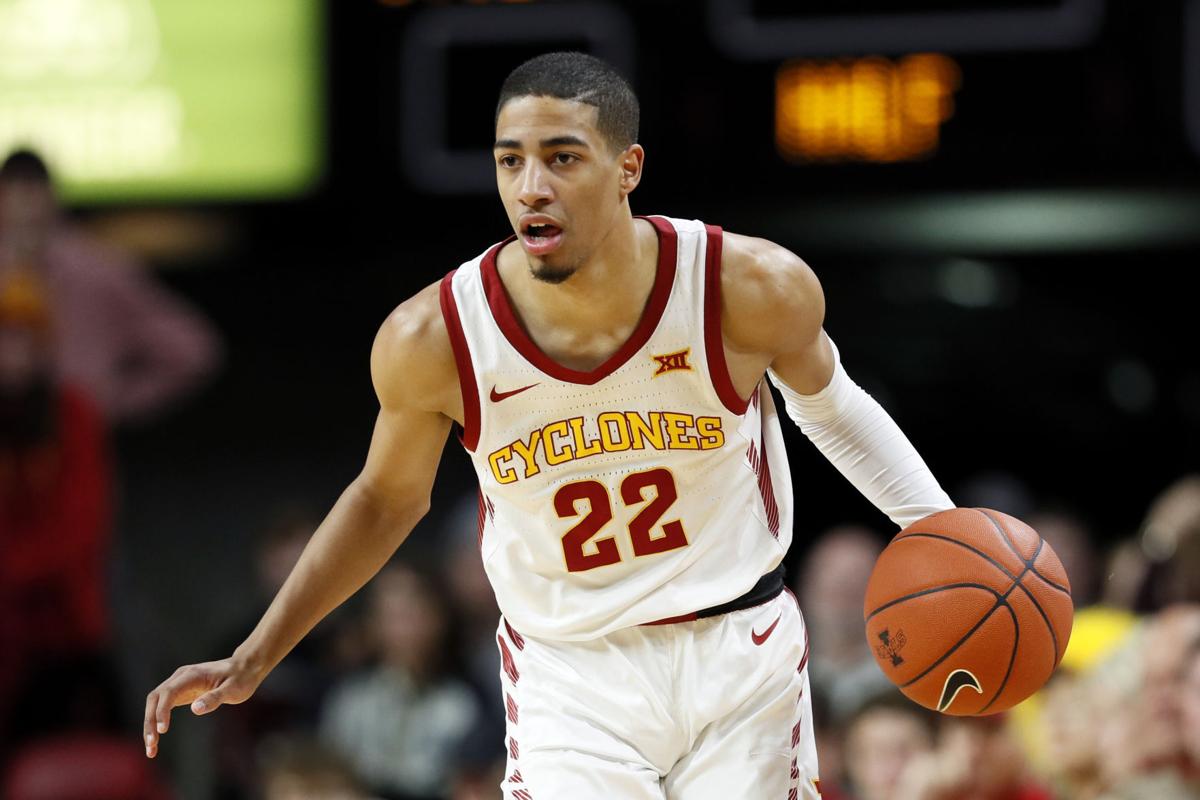 In this Jan. 21 photo, Iowa State guard Tyrese Haliburton drives upcourt during the first half against Oklahoma State in Ames, Iowa. 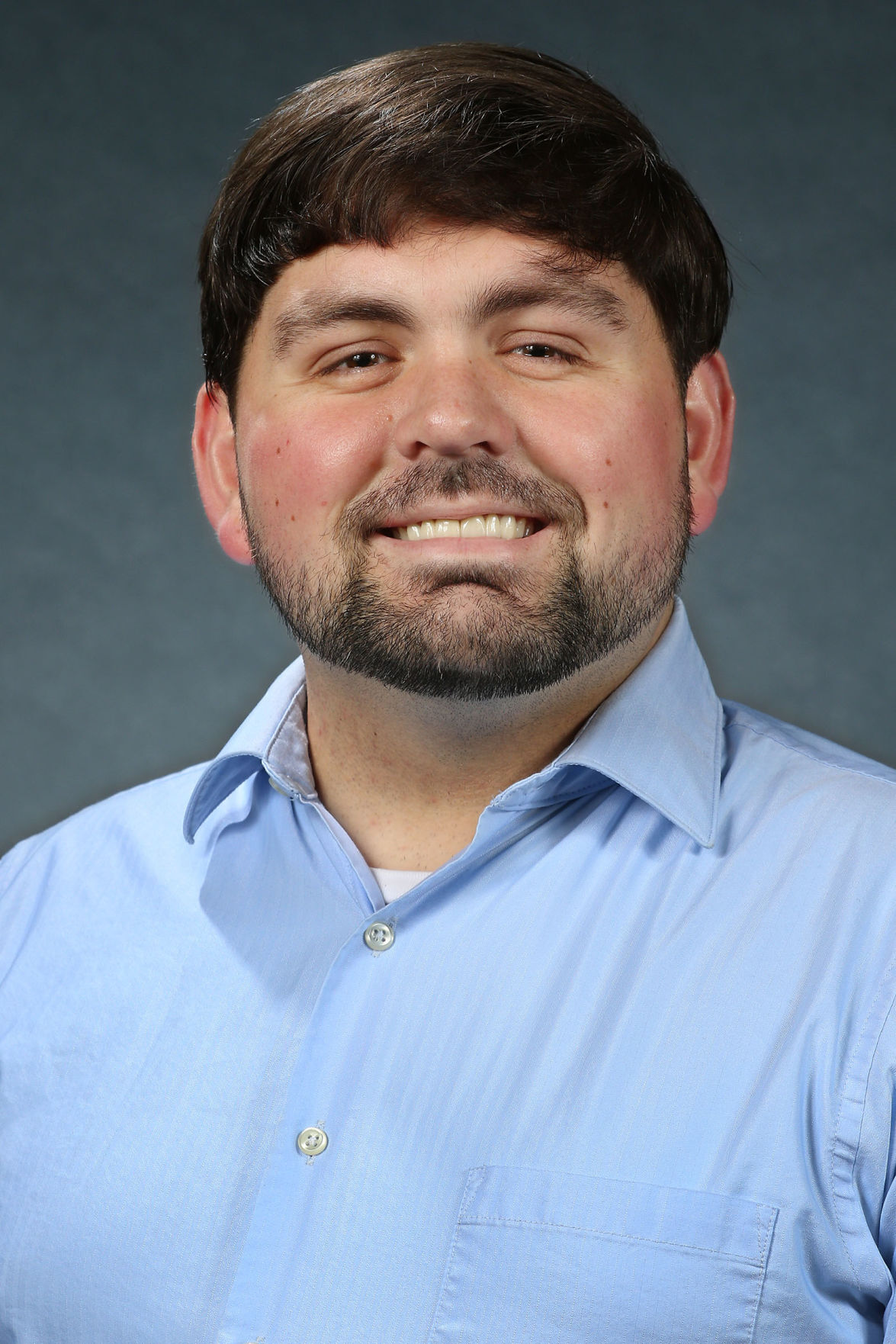 Tyrese Haliburton has a chance to make history Wednesday night. After a sophomore season which saw him notch 15.2 points per game and earn second-team all-conference honors at Iowa State, the former Oshkosh North star could become the highest Wisconsin-born player selected in the NBA Draft since the NBA-ABA merger.

But diehard Chippewa Valley basketball fans will know that before he was considered a top-tier prospect or gunning with the likes of Kansas, Baylor and Oklahoma in the Big 12, Haliburton faced off with the Eau Claire North Huskies with a spot in the sectional finals on the line.

“He was always in full control of the game,” Eau Claire North coach Todd Marks said.

It was March 8, 2018, and Marks’ crew was riding a 10-game win streak dating back over a month into sectional play. The Huskies’ dazzling trio of Jack Kron, Noah Hanson and Dalton Banks, who would all be named first team All-Northwest selections that year, had North believing they could hang with anyone.

They were aware of the challenge Haliburton would pose, though. Already listed at 6-foot-6, the then-senior guard had at least four inches on all the Huskies Marks would throw at him. That was before mentioning his craftiness, body control and impressive understanding of the game.

“He was the focal point of what we were trying to do defensively,” Marks said. “He was able to control the game in so many different facets, just in terms of his size and length. It caused so much difficulty. The game just seemed to come so easily to him. You weren’t able to speed him up.”

For Banks, the matchup offered an early test. The program’s eventual all-time leading scorer was just a sophomore at the time but already had solidified his place among the area’s elite players. He was one of a handful of Huskies who spent time trying to slow down Haliburton, with Kron and Jaelin Williams also getting a shot.

“The thing with him is he just was always super under the radar,” said Banks, who is now prepping for his freshman season at Southern Illinois. “Nobody outside the (Fox Valley Association) or guys like me who really follow basketball knew who he was. I just remember going over the scouting report and I think they had only lost one game going into that game. We had to deal with the size, he was the top of the 1-3-1 that they ran. ...

“But I remember, the difference with that team, having Noah and Jack, we weren’t scared. We were preparing to go win that game.”

North started the game hot, hitting four of its first seven 3-point attempts. A Kron make from deep with 10 minutes and change remaining in the first half put the Huskies up 18-10, but Haliburton and his teammates maintained their composure.

“I wasn’t sweating it at all. I’ve been here before, we’ve been here before,” Haliburton told the Oshkosh Northwestern that night. “I’m more mature now and we’re leading better this year. The guys are a lot more poised and we were able to answer their run.”

The Spartans outscored North 28-8 in the remainder of the first half, taking the lead for good after five straight points from Haliburton put Oshkosh North up 23-21. Haliburton finished with 26 points on 10-for-15 shooting, grabbed five rebounds and dished out seven assists.

“He was just so efficient,” Marks said. “He just played with a supreme confidence where guys completely rallied behind him. ... Whenever they needed something to happen he made a big play.”

The Huskies put up a fight, cutting the lead to single digits in the second half. Twenty-three points from Hanson and 22 more from Banks weren’t enough, as the Huskies’ season ended with a 75-59 defeat. Oshkosh North went on to win the WIAA Division 1 state championship that year, and Haliburton earned Gatorade state player of the year honors.

“After the game he kind of stopped me in the (handshake) line,” Banks said. “This was before I had any Division I offers or anything. He just basically pulled me aside and told me to stay on my path, the DI looks were going to come.”

ESPN, Rivals and 247Sports ranked Haliburton as a three-star prospect out of high school, but he’s drastically improved his stock since then. All major mock drafts have Haliburton going in the top ten Wednesday, with outlets like The Athletic and USA Today slotting him as high as sixth. This year’s draft is ripe for surprises though. Even the result of No. 1 overall pick, which belongs to the Minnesota Timberwolves, is not obvious.

In scouting reports, Haliburton’s basketball sense is commended by just about everyone.

“Haliburton’s feel for the game is just absolutely off the charts,” wrote The Athletic’s Sam Vecenie. “He has a case for having the highest basketball IQ in this draft class. He makes the right decision all the time.”

“His basketball IQ, intangibles, intuitive passing and ability to space the floor are all strong selling points, and if he can add more individual offense and improve his handle, he could be a steal if allowed to slip,” wrote Sports Illustrated’s Jeremy Woo, who slotted him No. 8 in his latest mock.

Two Wisconsin natives have gone in the draft’s top ten in the last 40 years, led by Wauwatosa East grad Devin Harris. He went fifth overall to Washington, setting the bar for the Dairy State post-merger.

Haliburton will be the second NBA player Banks has guarded. In the summer prior to his freshman year, he was invited to play a summer league game that resulted in a matchup with Tyler Herro, another Wisconsin-born lottery talent who starred in this year’s playoffs with Miami.

That’s a reminder of the type of basketball talent the state of Wisconsin has produced recently.

“I think it will be really neat for our kids who have graduated or just graduated to see him taken in the draft,” Marks said of Haliburton, “and know that they competed against some of the very best.”