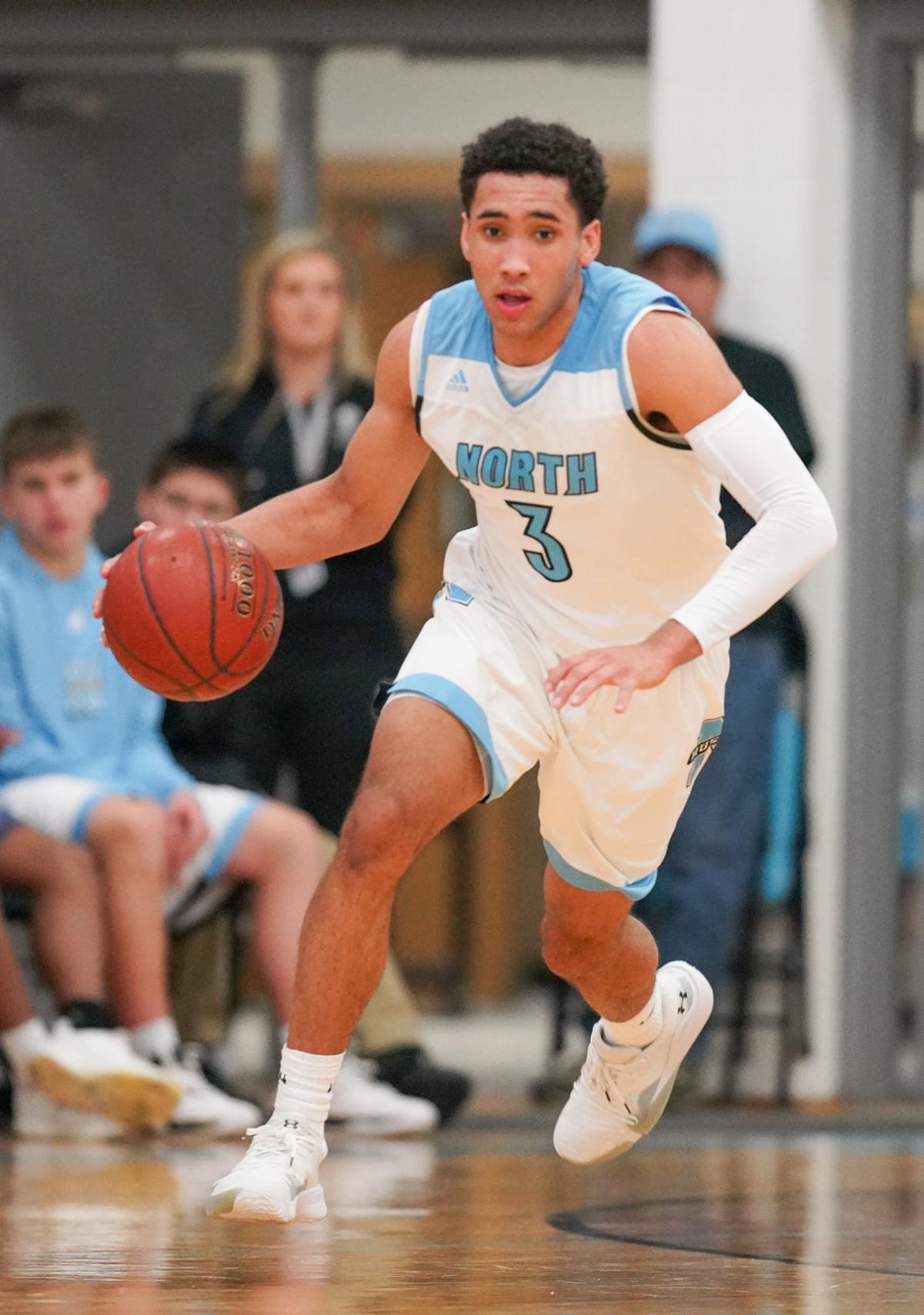 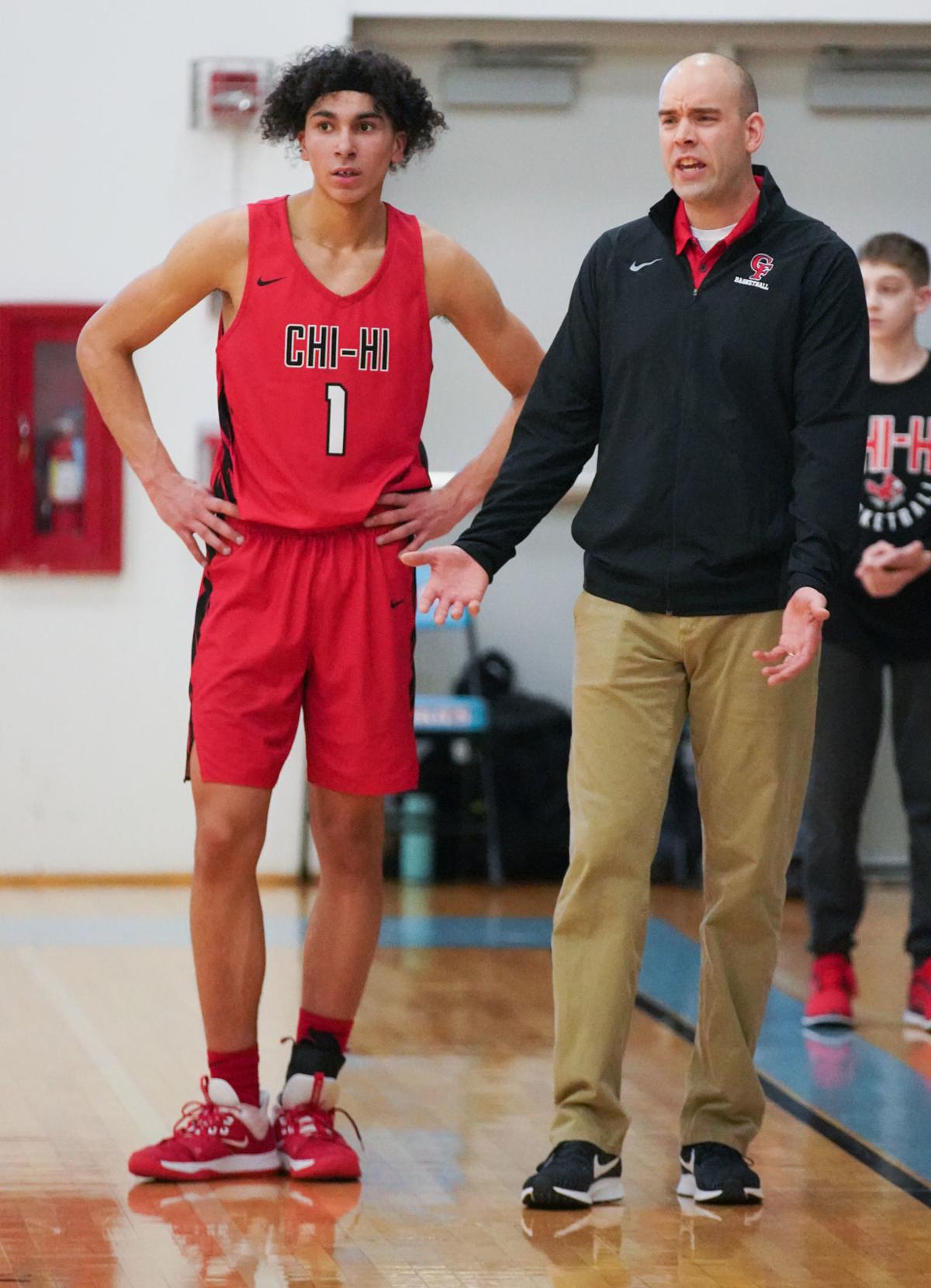 Those who have watched Eau Claire North’s Dalton Banks closely over the past four years have known for a while he’s among the best boys basketball players the state has to offer.

Banks was named a second team all-state selection by The Associated Press on Thursday, another honor in a long list of accomplishments for the Husky senior.

He’s the first local player to be named to the first two teams since 2015, when Rice Lake’s Henry Ellenson earned first team honors and Regis’ Billy Wampler made the second team. Banks was a third team member last year.

Banks, who entered his senior year already as North’s all-time leading scorer, led the Big Rivers with 23.7 points per game and led the Huskies in all three major statistical categories, also averaging 11.0 rebounds and 5.1 assists.

He earned Big Rivers player of the year for a second straight year, was named a Division 1 all-state first teamer by the Wisconsin Basketball Coaches Association and was a finalist for the WBCA Mr. Basketball award in his final prep season.

“For a young man as special as Dalton is and was for our program, the highest compliments I can give him are that he was a definitive winner and that he handled himself with class and grace at all times,” North coach Todd Marks said. “He is a true role model.”

Banks is continuing his basketball career at the Division I level next year at Southern Illinois.

Boser, who will play DI ball at Missouri-Kansas City, narrowly trailed Banks for the Big Rivers scoring lead with 23.1 points per game. He led the conference in rebounds, averaging 13.2.

Rogers-Schmidt helped Chi-Hi earn its first Big Rivers title since 1980 and first regional title since 1998, making a large impact on both ends of the floor. He averaged 17.3 points, 9.6 rebounds and 3.8 assists.

Johnson, a junior, averaged 20.8 points, 4.3 rebounds and 2.2 assists and set a River Falls record for 3-pointers in a season with 76. He’s already surpassed the 1,000 career points mark and earned a first team All-Big Rivers selection.

Healy, the other junior to make the cut, averaged 18.1 points, 3.9 rebounds and 3 assists per game for the Raiders, who finished tied with North for third in the Big Rivers.

Chippewa Falls coach Jason Proue and Blair-Taylor coach Randy Storlie were both finalists for coach of the year, which instead went to Cuba City’s Jerry Petitgoue.

The most important goal of the season for La Crosse Central High School senior Johnny Davis was a WIAA Division 2 state championship.

The University of Wisconsin commit didn’t get the chance to make that happen, but it was through no fault of his own. Davis helped Central beat the state’s No. 1 team in a sectional semifinal before the season was halted due to the COVID-19 coronavirus pandemic.

So when his career — at least on the current level — was suddenly halted, it left individual awards to fill the space of what was lost during a career that ended with a 94-13 record and three appearances in the state tournament.

Davis, a 6-foot-5 forward, has been selected as the state’s player of the year by The Associated Press after averaging 27.2 points and 9.2 rebounds per game for the Red Raiders, who won a state title when Davis was a freshman and qualified for the state tournament the next two seasons.

He burst onto the scene as a contributing reserve on Central’s Division 2 championship team when he was a freshman and expanded his game from that moment forward. A natural rebounder, Davis became a much better passer and perimeter shooter later in his career with the Red Raiders.

“It’s not surprising to see what he has become,” Central coach Todd Fergot said of Davis, who committed to the Badgers last summer. You have to have a certain level of natural talent, and he certainly has that.

“And if you look at the top players in the state by class, you have a group of 20 or so you would consider for that when they are younger, say as a freshman. But then you really have to be committed to becoming the best, and Johnny did that.”

Davis, who shot 58% from the floor and made 30 of 70 attempts from the 3-point line, had his biggest games in his team’s biggest games. He scored 42 points and grabbed 10 rebounds in a loss to nationally ranked Minnehaha Academy (Minn.) and averaged 26 points during three games at the Montverde (Fla.) Invitational.

He scored 68 points and had 22 rebounds during four state games with Central, which finished its season with a 55-40 win over top-ranked Onalaska in the sectional semifinal round of the playoffs.

Long-time Cuba City coach Jerry Petitgoue and the Cubans were “oh so close” to making history this year.

Cuba City was on track not only to claim its first state championship in 22 years but also to complete the first unbeaten season during Petitgoue’s 53-year Hall of Fame career.

An unexpected event put a wrench in his plans, though, when the WIAA canceled the rest of the basketball season over concerns of the global COVID-19 coronavirus pandemic shortly after the Cubans’ 55-48 win over Darlington in a Division 4 sectional semifinal.

“I really felt bad for the kids,” said Petitgoue, a retired history teacher. “I met with them the next day, and there were all kinds of tears, especially my two seniors, Brady Olson and Jackson Noll. I felt extremely bad for them.

“I told them, there’s going to be setbacks in your life. But because you’ve played athletics, you’re going to pick yourself up off of the floor and get back into the game of life.”

For Petitgoue, that means beginning preparations for a new season when he will be 80 years old.

But for now, it ends with his selection as The Associated Press boys basketball coach of the year.

“That is absolutely tremendous,” Petitgoue said upon receiving the honor for the first time in his career. “I’m humbled. I can’t tell you how much I appreciate this honor.”

The Cubans finished the season champions of the SWAL and undefeated overall at 25-0.

The team also spent the entire year ranked No. 1 in Division 4 by the AP.

“I just knew that this was a special team,” Petitgoue said. “This was the best team I’ve had. That’s not taking anything away from my (three previous) state champs. Today’s kids, when you get athletes, they’re bigger, faster, stronger. Our chemistry was unreal. I just really loved this team.”

Petitgoue said naturally it was disappointing not being able to cap the season with a gold ball.

“But the WIAA made the only decision that they could make,” he said. “They made the right decision. There are a lot more important things in life than sports. I just reminded them of that and thanked them for a tremendous year.”

The fast-break driven Cubans averaged 81 points per game – ranking second in the state regardless of division – and played only two games decided by 10 points or less.

“We know in our hearts we would have been the state champs,” Petitgoue said. “You can carry that with you the rest of your life. In that respect, we tried to make a positive out of a bad situation.”