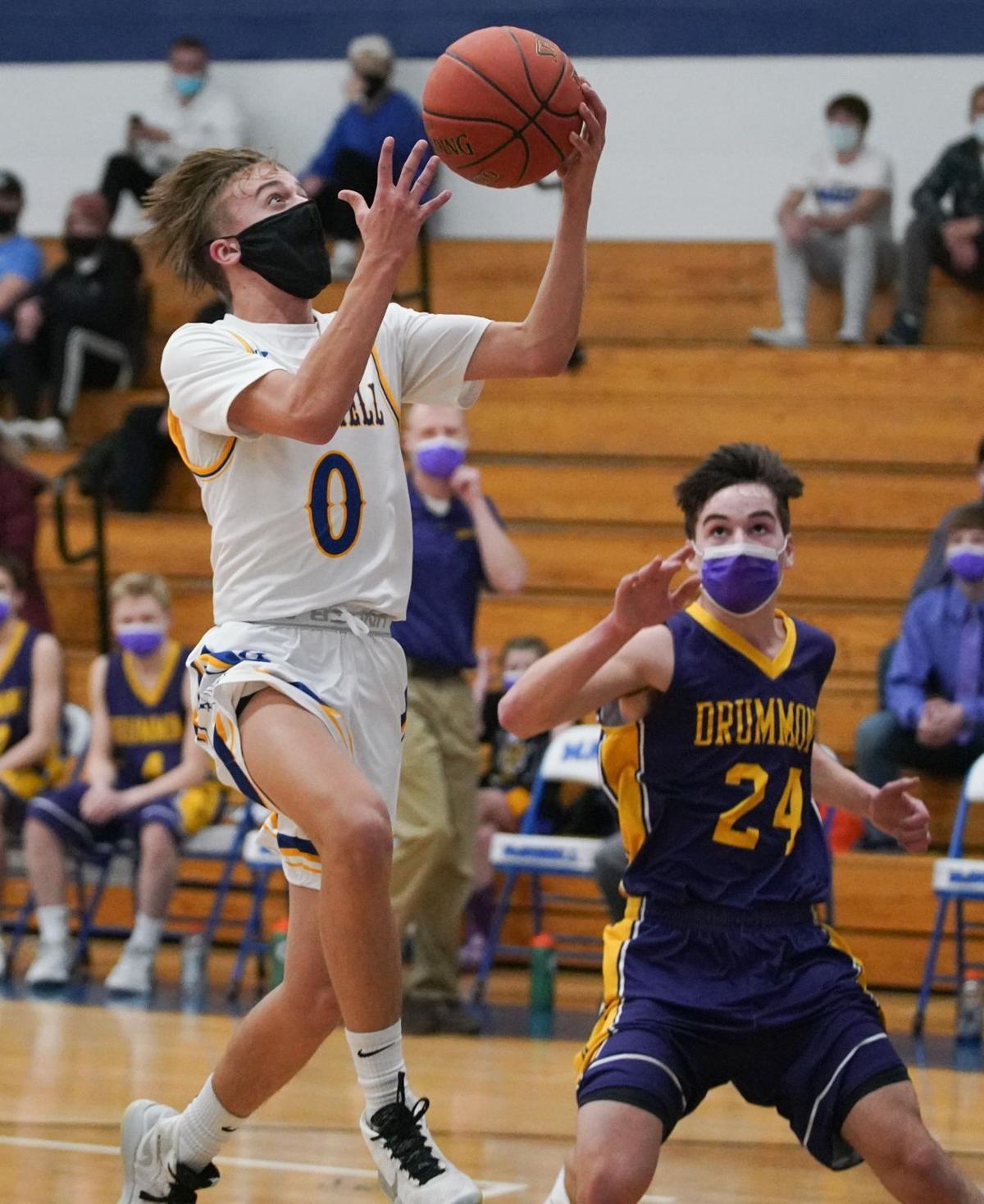 McDonell’s Eddie Mittermeyer goes up for a layup during a WIAA Division 5 boys basketball sectional semifinal on Wednesday, Feb. 24 in Chippewa Falls. 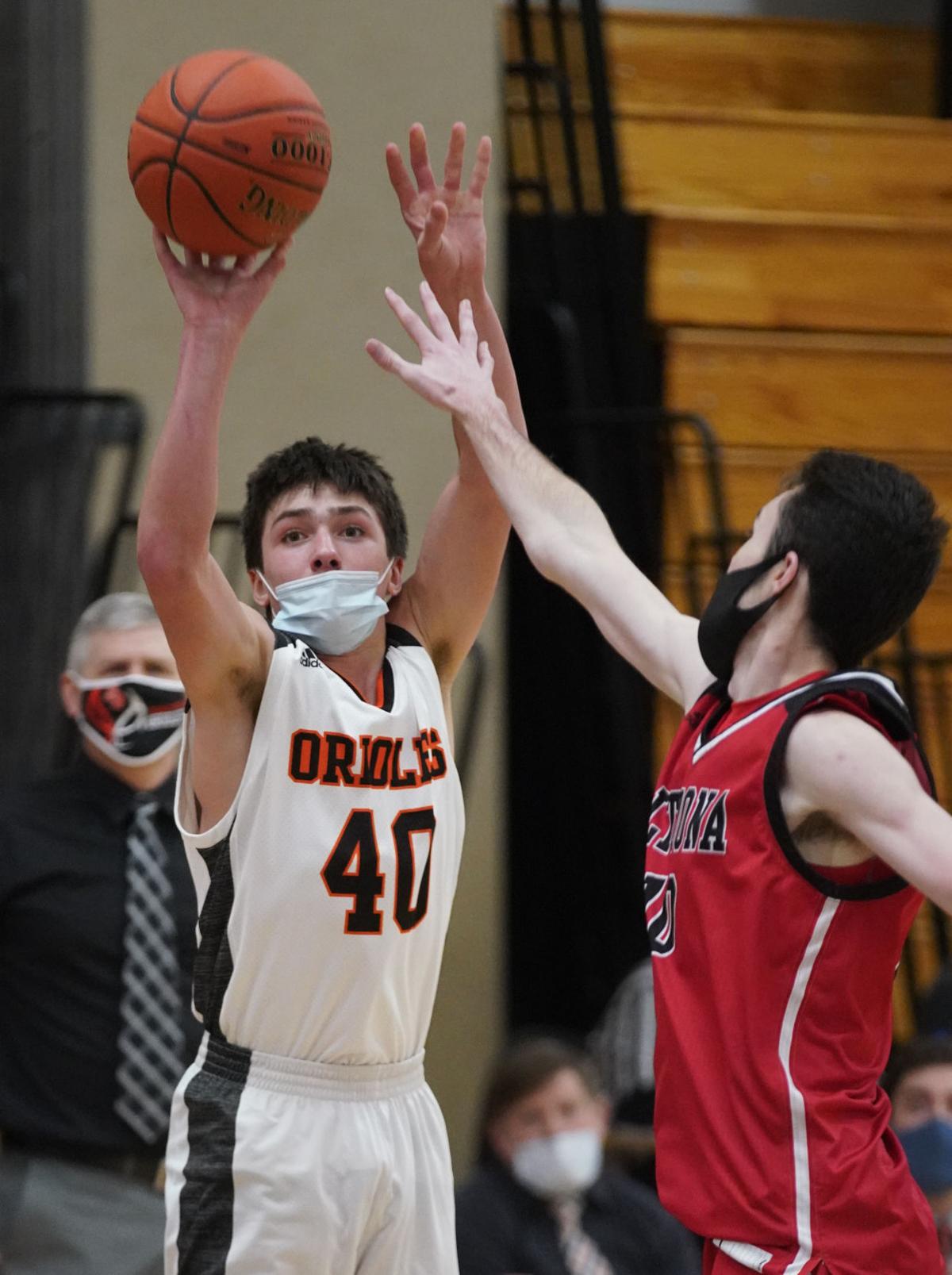 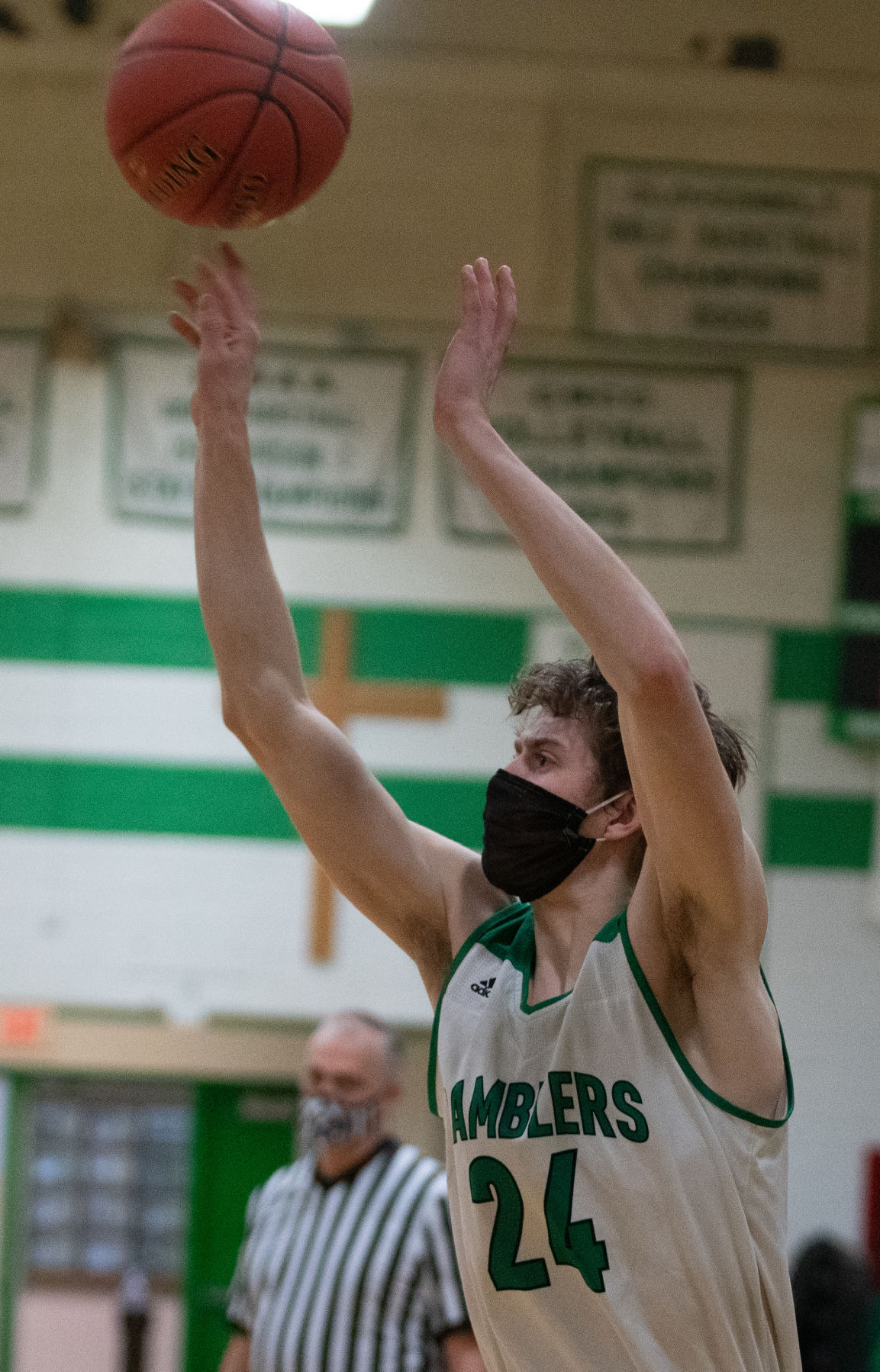 McDonell’s Eddie Mittermeyer goes up for a layup during a WIAA Division 5 boys basketball sectional semifinal on Wednesday, Feb. 24 in Chippewa Falls.

There is no consensus at the top of the Western Cloverbelt when it comes to boys basketball this winter. That should make for a lively race in what has become one of the most competitive conferences in the Chippewa Valley.

Among the contenders are McDonell, Fall Creek, Regis and Stanley-Boyd. Oh, and don’t count out newcomer Bloomer either.

Fall Creek won the league last year but has serious talent to replace. All three of the team’s first and second team all-conference selections last season — Jayden Fitch, Luke Olson and Teigen Ploeckelman — have graduated. The trio was a big reason the Crickets went 11-1 to top the standings by two games.

“We hope to play a factor in the top spot for the conference championship again this season,” coach Rick Storlie said. “Yet, (we are a) young team and have to improve in many areas quickly.”

Regis went on a tear the second half of the season last year, winning 10 straight in a stretch that lasted from early January to mid-February. That helped the Ramblers shoot up the conference standings and into second place. They graduate JP Wolterstorff, who finished second in the league in scoring behind Fitch, but retain Kendon Krogman coming off a 13.2 point-per-game season. Also back are Zander Rockow and Jeffrey Ritger, who finished first and second on the team in rebounds per game with 7.6 and 5.0, respectively. Ritger also scored 9.1 points per game.

“We hope to be competitive in our conference,” coach Bryant Brenner said. “To do that we will have to play great defense. We have a very enjoyable group of guys and we are thankful for the opportunity to play.”

McDonell finished fourth in the Western Cloverbelt before going on a postseason run all the way to the Division 5 state championship. The campaign ended with a silver ball after going up against a highly athletic Hustisford squad. The Macks lost their top two scorers from that group, Logan Hughes and Jake Siegenthaler, moving Eddie Mittermeyer up the pecking order. He averaged 9.6 points per game and 2.4 assists last season. Joe Janus is the second-leading scorer back, having averaged 4.4 points as a junior.

“We will be young and lacking a lot of experience coming back,” Macks coach Adam Schilling said. “We are hoping we continue to improve as the year goes on and are playing well at playoff time.”

Stanley-Boyd features the only first team all-conference selection back in the league, Carsen Hause. The 6-foot-1 guard/forward averaged 12.4 points, 4.2 rebounds, 4.2 assists and a steal per game last season. Also back for the Orioles is Brady Potaczek, an all-conference honorable mention last year. The two made up quite the combination on the football field this fall, with Hause playing quarterback and Potaczek wide receiver, and they’ll look to keep that chemistry going into the winter.

Bloomer takes the place of departed Altoona, moving into the Western Cloverbelt from the Heart O’ North. The Blackhawks went 6-7 in their final year in the HON but return leading scorer Connor Crane. An All-Heart O’ North honorable mention as a junior, he last averaged 11.3 points per game. He’ll be flanked by Domanyck Schwarzenberger, Marcus Harelstad and Cael Iverson as Bloomer looks to make a good first impression.

Cadott got good production out of Tegan Ritter in his sophomore season, including an 8.2 points-per-game average. He and Ryan Sonnentag, who averaged six points as a junior, look to help the Hornets built off a 3-10 Western Cloverbelt showing.

Osseo-Fairchild graduated its top two scorers from a team that went 3-11 in league play last year. The top returners are Ethan Wathke, who averaged 6.4 points per game last winter, and Kaden Hasz, who averaged six.

Thorp rolled out a young team featuring just one senior in coach Scott Horn’s first year at the helm. That led to some serious growing pains in a season that saw the Cardinals go 0-10 in conference play and 0-13 overall. The group is a year older now, with the likes for Zachary Tieman, Aiden Rosemeyer and Ryan Raether looking to get the program back to its winning ways.