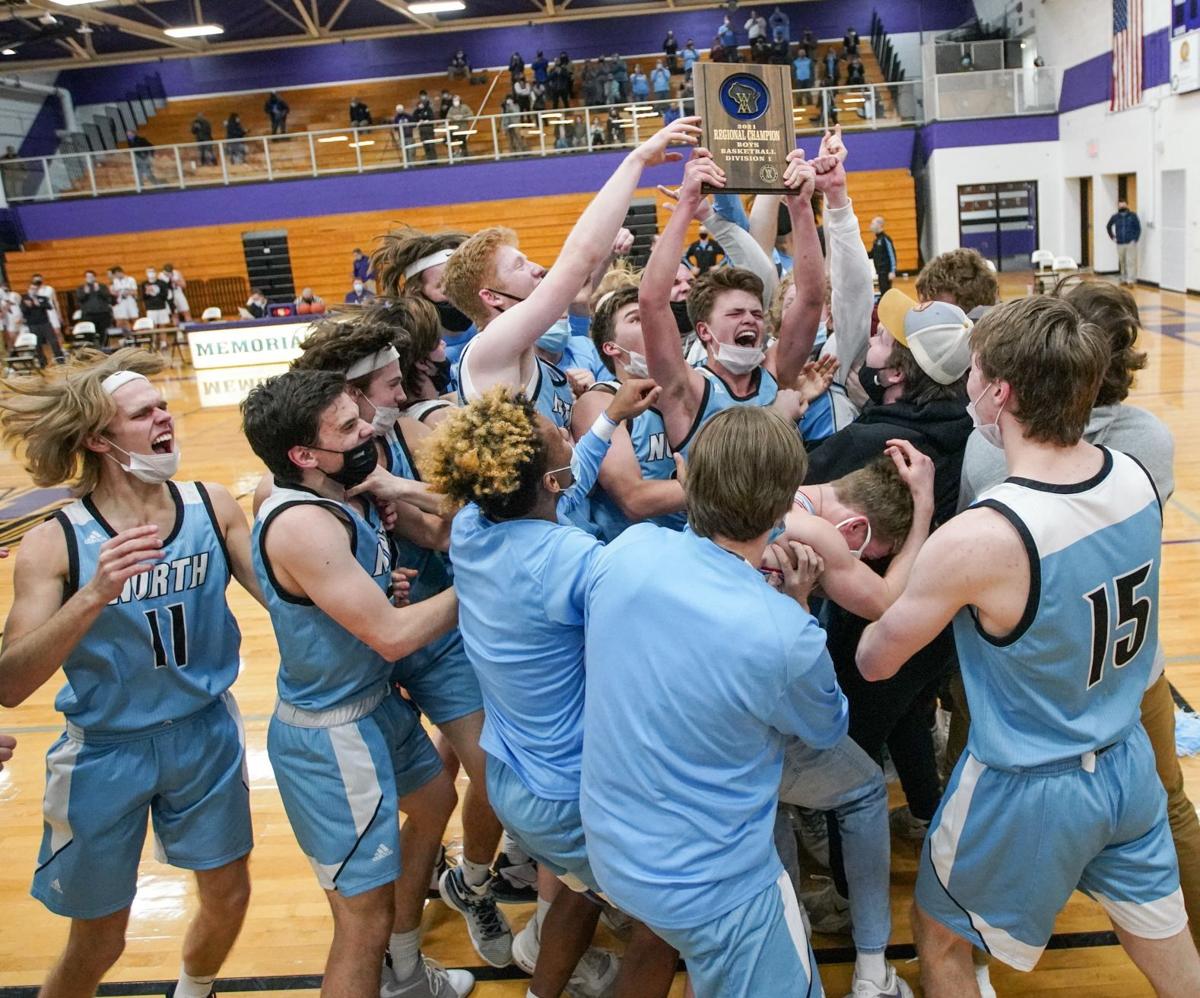 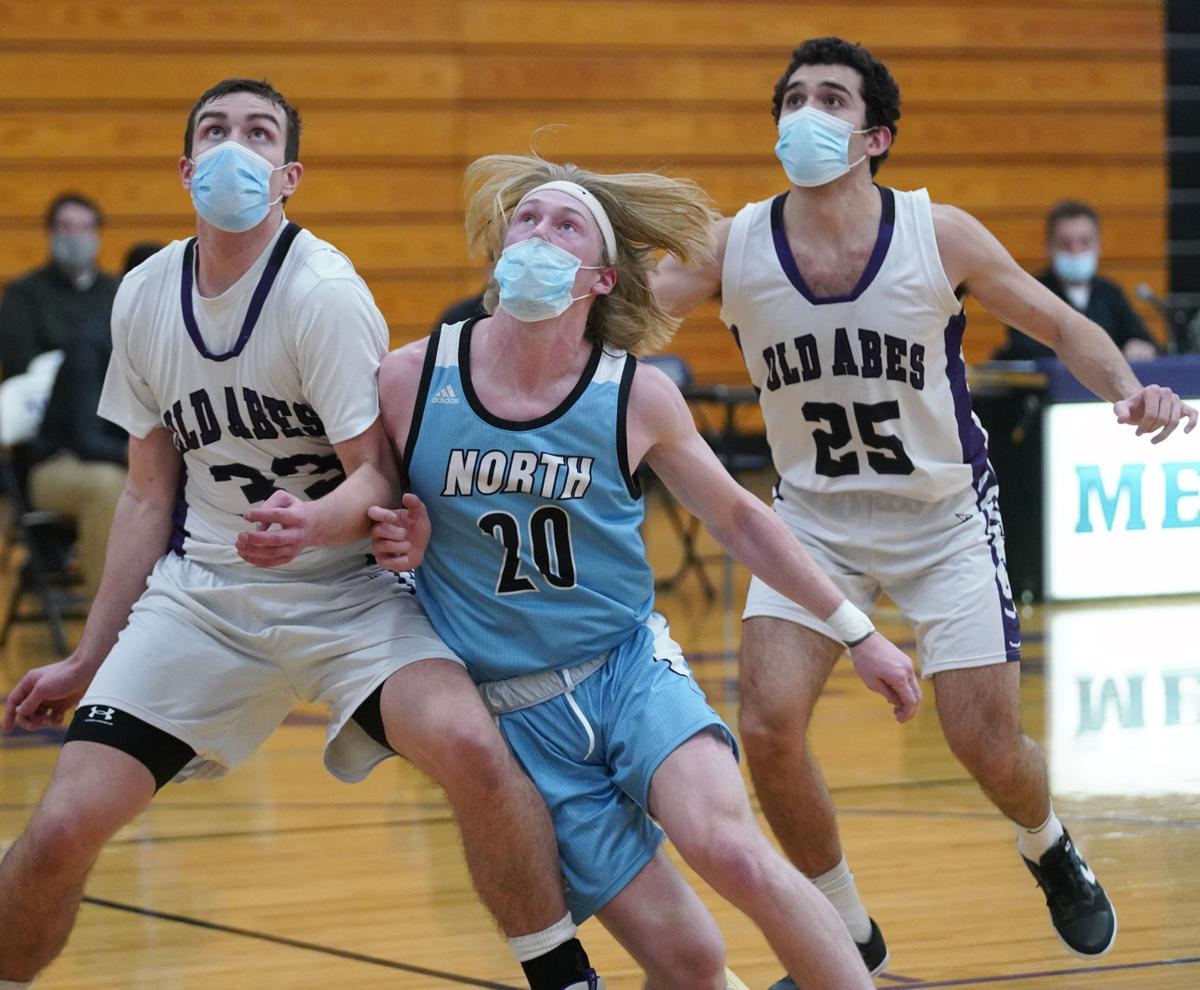 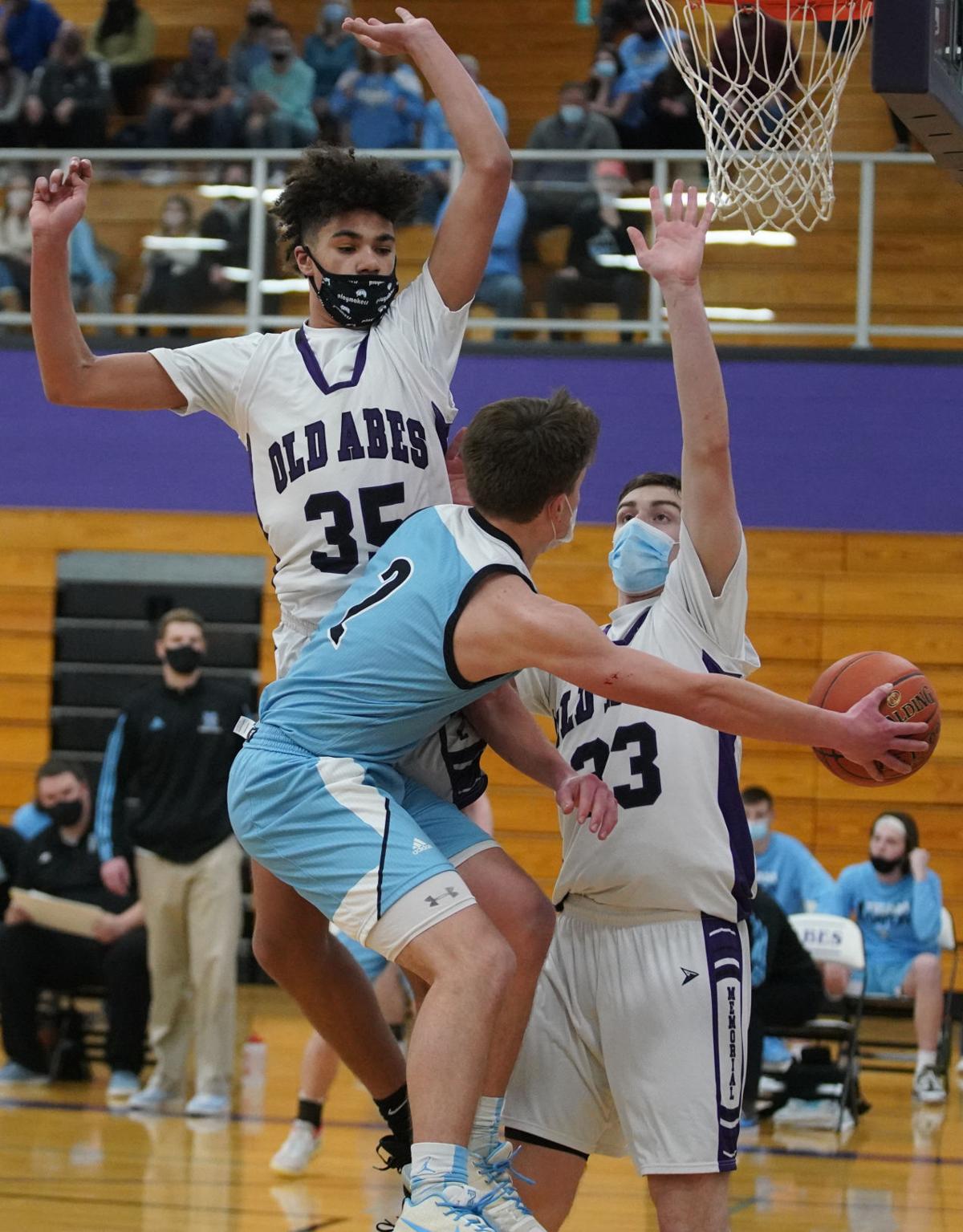 Eau Claire North boys basketball broke the city series split Saturday — and earned the most important victory of them all.

The Huskies shot out to a 16-0 lead in the first five and a half minutes of play and never looked back in a 53-37 regional final victory against their archrival Eau Claire Memorial, securing a second straight regional title for the program.

"It couldn't feel any better," North senior guard Chad Kron said. "To get it in the crosstown game, there's no better feeling than this, honestly."

The victory caps off a wild two days for the team, which has torn through its regional despite entering as the No. 3 seed. The Huskies needed a bit of magic to pull off an upset Friday night in La Crosse, with Roscoe Rennock forcing overtime with La Crosse Central by hitting on a drive to the hoop as time expired. Then Chad Kron drained a 3-pointer with seven seconds remaining in the extra frame to put North ahead for good.

Twenty-four hours later, and North players were jumping up and down with the student section, holding the regional championship trophy high.

"That was probably the most memorable game of my career last night," junior Henry Wilkinson added. "We were in the locker room, we celebrated it like heck last night, but we got on the bus and it was focus. We knew we had business to take care of tonight."

The contest was the polar opposite of the last city clash, with saw the frisky Memorial defense frustrate North's top guns in a 58-39 Old Abe victory. This time it was the Huskies who stood tall on defense, making defensive adjustments from the last meeting to keep Memorial under control.

The Old Abes' 37 points was a season low.

"I thought our defensive effort was fantastic," North coach Todd Marks said. "We took some charges early which changed the complexion of the game. I thought we rebounded much better than we did the first game. I thought we protected the paint and we did just enough offensively. It wasn't a masterpiece by any stretch of the imagination, but when they made a run, which we knew they would because they're so talented, I thought our guys kept their composure and made key plays down the stretch."

North held Memorial scoreless for just under six minutes at the start of the evening, allowing the Huskies to build up a 16-point advantage. After going up 10-0, the Huskies retained a double-digit lead the entire rest of the way. It didn't help that the Old Abes' top scorer, Will Boser, was forced to go to the bench early due to foul trouble.

"We had a couple good looks early that didn't go in," Memorial coach Chad Brieske said. "Credit to them. They have a great amount of experience playing in these games and their defense certainly made it tough on us all night. They hit a couple shots early, and when you get that type of extension against a good team, it's tough."

North upped its advantage to 18 points at the break. The second half was better for the Abes, but they needed to play a near perfect 18 minutes to erase that deficit.

"We certainly didn't give in," Brieske said. "We gave ourselves an opportunity to get back in the game, and that's all you can ask."

Wilkinson led all scorers with 16 points while grabbing eight boards. Kron had a double-double with 12 points and 10 rebounds, and Eli Persons also scored 12.

"In 21 years I don't think I've ever seen a team so connected and cohesive," Brieske said. "It's a testament to how the seniors attacked this year. The selflessness, their approach to practices, the idea of never giving up, this group of seniors set the bar really high for this program. Part of our message tonight to the underclassmen (was) now that we've set that bar, we can't let it slip. It's up to the guys coming back to now carry the torch."

North, which advances to the Division 1 sectionals, awaits seeding. Also advancing in its sectional were first seeds River Falls and De Pere and third-seeded Appleton North.

"On Monday night when we were preparing for Marshfield, Saturday night was a long ways away," Marks said. "Now you're here and you've got a chance to knock down the door to a sectional game. For this group, they've been fantastic all season. They've played for each other, they've done whatever we've asked of them. When you do things the right way, you handle things the right way. you just keep working to get better and better."