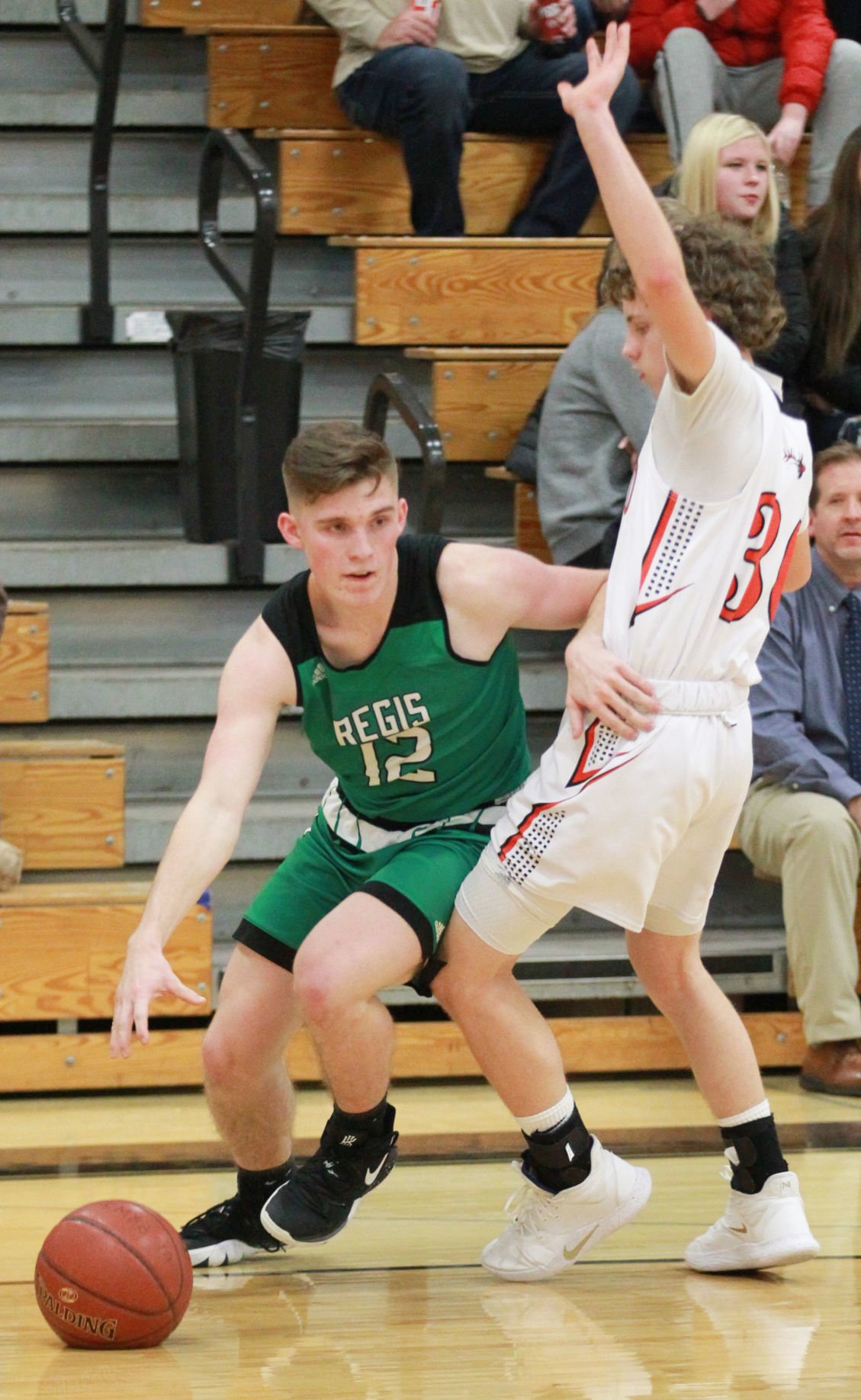 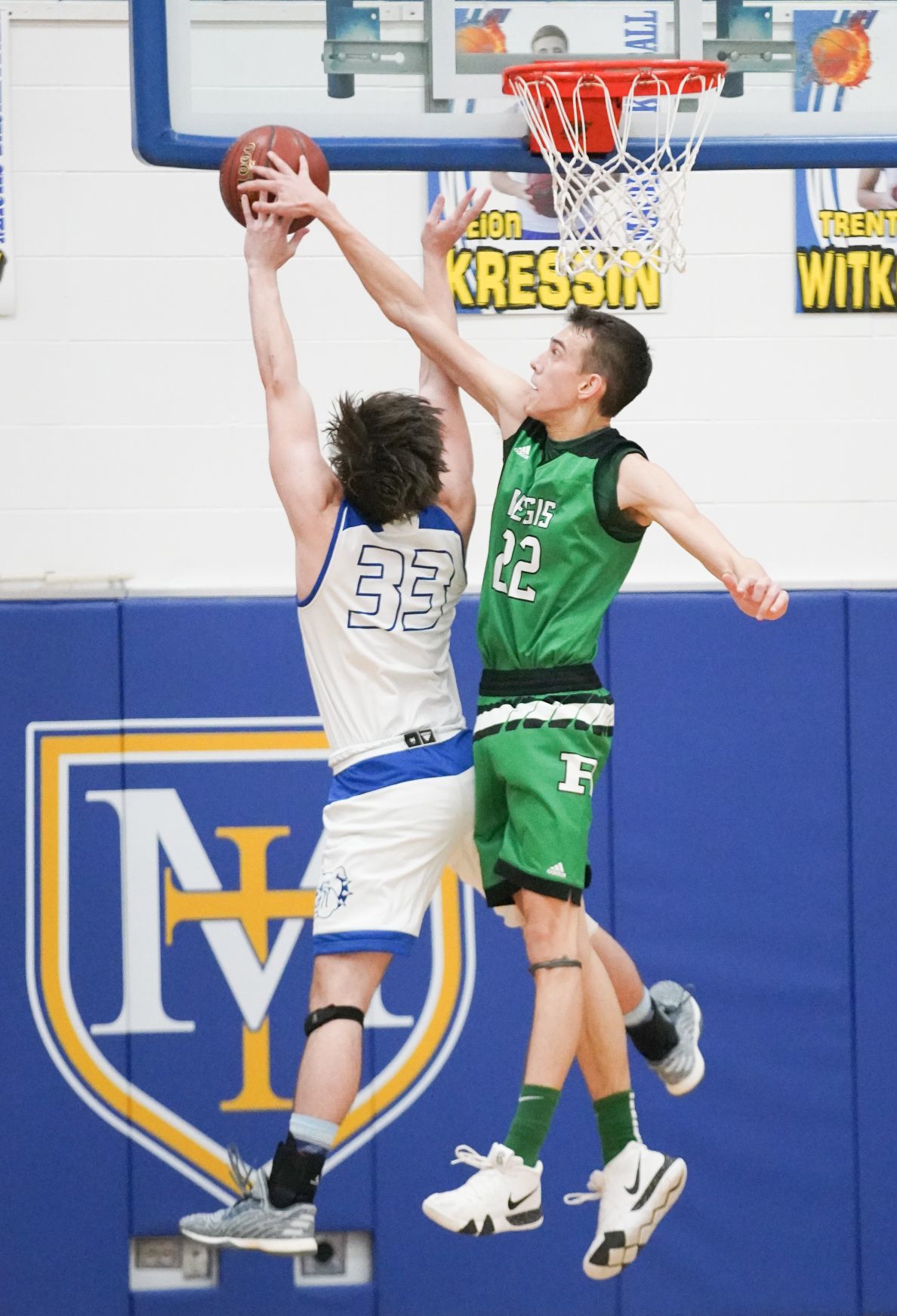 Regis' Abe Rocksvold rises up to block a shot from McDonell's Isaac Bleskachek on Jan. 16 in Chippewa Falls.

Regis' Abe Rocksvold rises up to block a shot from McDonell's Isaac Bleskachek on Jan. 16 in Chippewa Falls.

Take away the last half of the last game and it was a successful basketball season for Eau Claire Regis.

The Ramblers led La Crosse Aquinas, a team they beat by 19 during the regular season, by nine at halftime but went flat in the second half and lost the tournament opener 52-45.

“It was one that got away and it would’ve been nice to win a couple more,” second-year coach Bryant Brenner said, “but we showed improvement in several areas.”

The Ramblers played Aquinas without top scorer Branton Paulsrud while JP Wolterstorff was just coming off an injury.

They finished with a 16-7 record and went 9-5 in the tough Western Cloverbelt Conference.

“We had some big wins but we’ve got to find a way to be more consistent,” said Brenner, who has a 29-17 two-year record.

Regis was the only team to beat conference champion Altoona and also had signature wins over McDonell, Whitehall, Somerset and Elk Mound.

“We had a good group of seniors and we’re thankful for their contributions,” Brenner said. “We were not a full strength all of the season but the depth of the team showed when we had injuries.”

Paulsrud, a deadly outside shooter, led the team with 66 3-point baskets, 320 points and a 16.0 average. He had high games of 30, 29 and 28 and the loss of his scoring potential hurt in the tournament game.

“Paulsrud got better, Rocksvold was strong inside and Ruffini came on real strong when we were looking for a point guard,” Brenner said.

Ruffini scored 179 points at a 7.8 average and as a playmaker, passed off for 79 baskets and also led with 39 steals.

Koestler hit 30 3-pointers and scored 139 points while Rooney and Reinders stood out with their all-around play.

Heading the group of returnees is Wolterstorff, who scored 184 points at a 10.2 average although missing five games. He also pulled 59 rebounds and ranked second in assists.

Brenner also pointed to Aaron and David Haselwander, Kendron Krogman, Matthew Kent, Jeffrey Ritger and Alex Leis to be in next year’s mix.

“Although we lost a bunch of seniors, we have some key underclassmen to build around and there should be some excitement in the competition for playing time,” Brenner said.