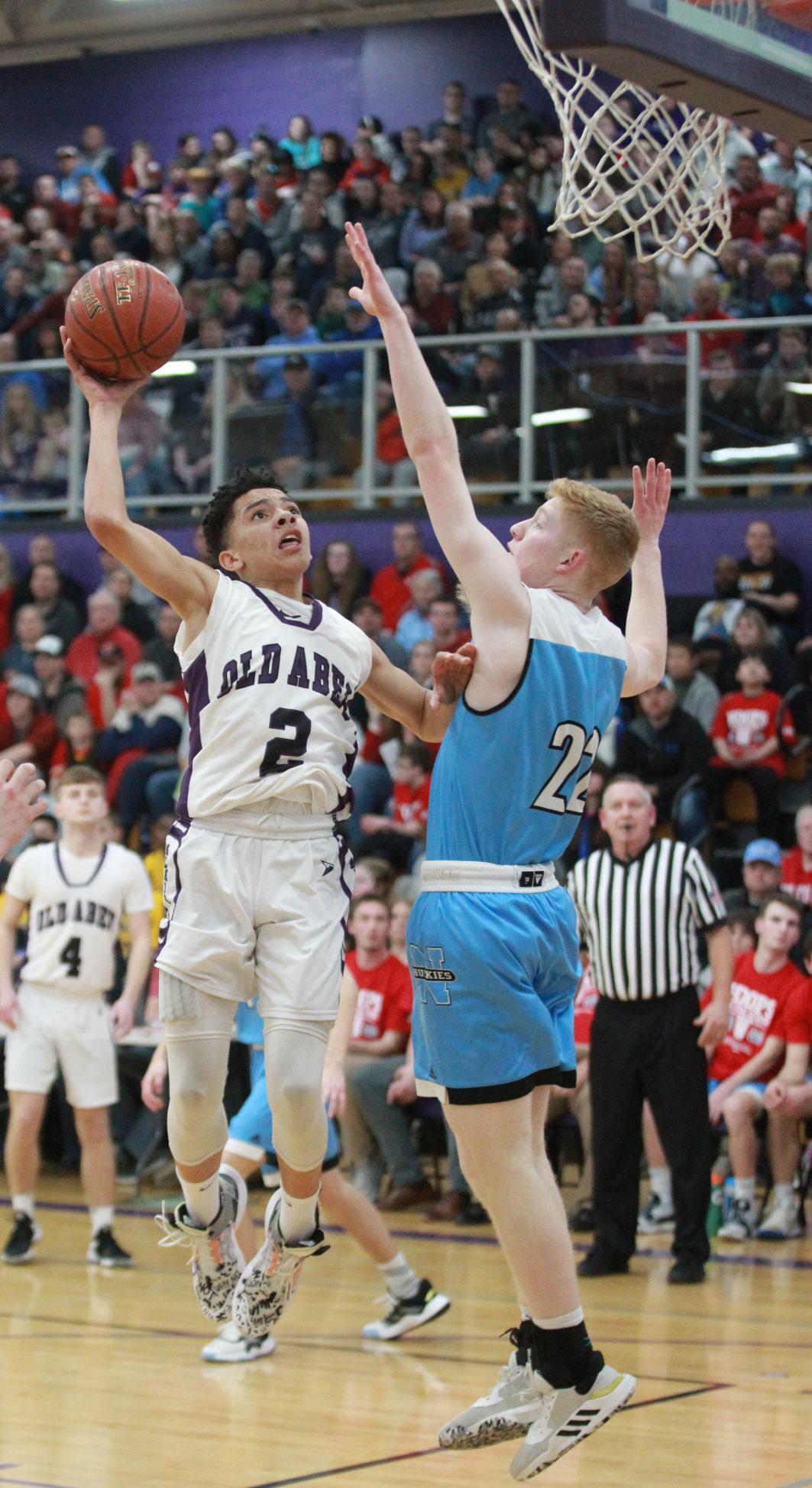 Eau Claire Memorial’s Mekhi Shaw rises up for a shot while defended by Eau Claire North’s Henry Wilkinson on Feb. 27 at Memorial. 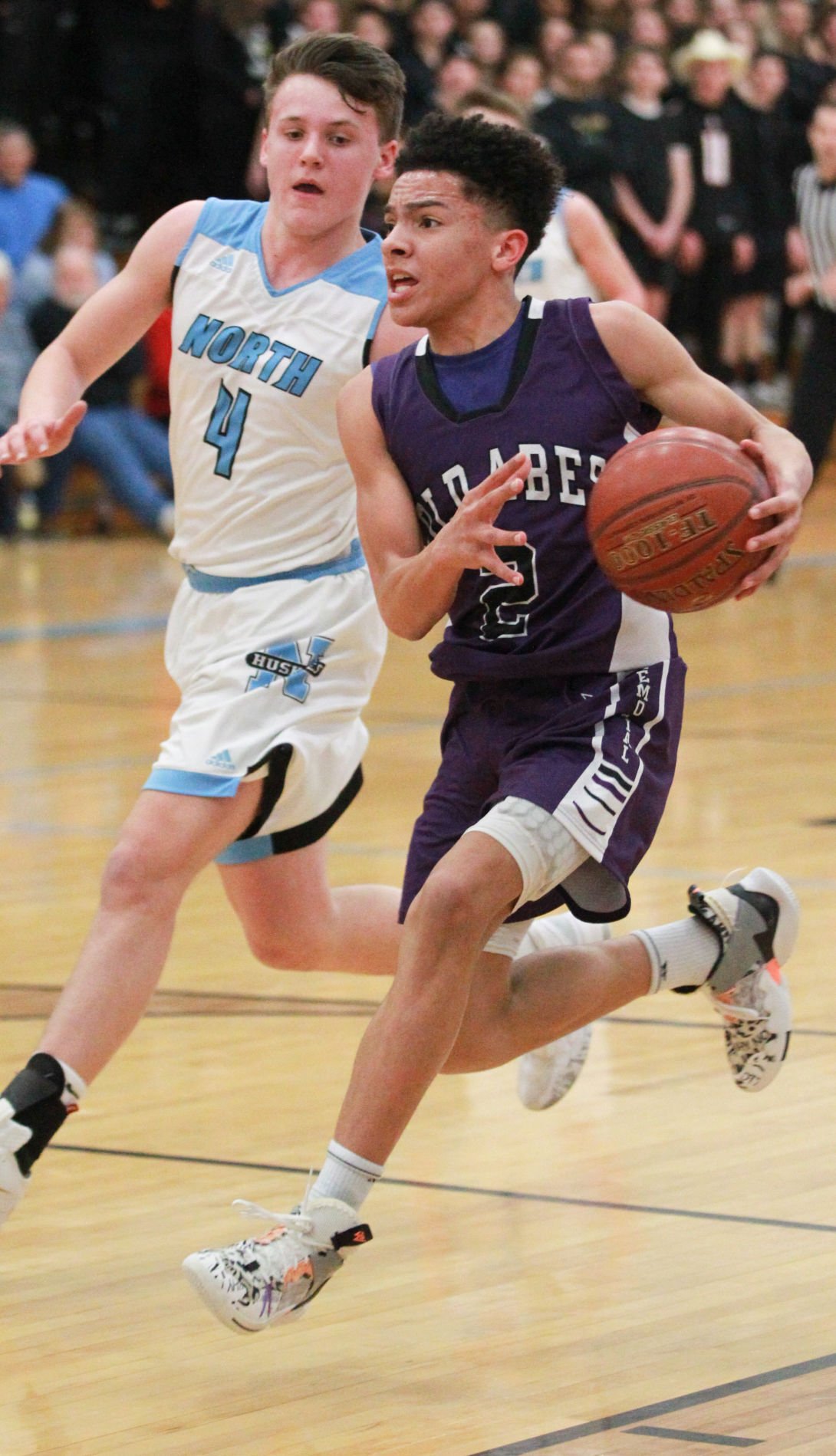 Eau Claire Memorial's Mekhi Shaw drives toward the basket against Eau Claire North during playoff action on March 6 at North.

Eau Claire Memorial’s Mekhi Shaw rises up for a shot while defended by Eau Claire North’s Henry Wilkinson on Feb. 27 at Memorial.

Eau Claire Memorial's Mekhi Shaw drives toward the basket against Eau Claire North during playoff action on March 6 at North.

When Mekhi Shaw stepped foot in the gym as a freshman, Chad Brieske could see the potential.

Right away, Shaw showed that his future could be bright in the Eau Claire Memorial boys basketball program. There was the raw talent, which stood out in its own right. But it was only a piece of the puzzle. What really caught Brieske’s eye was the young guard’s mentality.

“I think the most impressive thing was his coachability,” said Brieske, Memorial’s head coach. “He’s very talented, but he’s also very respectful and very coachable. Overall, he’s been an easy person to root for in that way. His ability to take coaching is probably one of the biggest assets he has.”

And now a couple of years later, the mix of ability and attitude has gotten college coaches interested too. Shaw, a soon-to-be junior for the Old Abes, is in the midst of a breakout summer on the AAU circuit.

Turning in some standout performances with the Wisconsin Playmakers, Shaw has received interest from Division I program UW-Milwaukee and Division II Bemidji State.

The summer season has kickstarted his recruitment. In the age of COVID-19, where college coaches haven’t been able to scout in person, it’s not an ideal time to be learning the process. But it’s better than nothing.

“It’s been different,” Shaw said. “Especially at the start of it, it’s nerve-wracking a little bit. But you can have some good conversations over the phone. They just want to know what you’ve been doing, and a big portion is your grades, having good grades.”

He has proven to be a reliable ball-handler for Memorial, and sees the floor well with a high basketball IQ to boot.

“His ability to handle the ball and yet still see teammates is a high-level ability at the high school level,” Brieske said.

Shaw made the varsity squad as a freshman, which Brieske said is no small feat. He even appeared in 17 games that season.

“I’ve generally in my career been slow bringing kids up through the ranks,” he said. “So when he as a freshman made the varsity roster, I think that was an indication of where we projected him out to be.”

Shaw has turned his individual momentum with the Old Abes into a successful summer with the Playmakers. He caught the eyes of scouts with his play at tournaments in July.

“Mekhi Shaw might be small, but he’s extremely quick and skilled on the ball,” recruiting website Prep Hoops Wisconsin tweeted in mid-July. “Breaking down defenders and making things happen for (Wisconsin Playmakers).”

Prep Hoops rated Shaw as one of the top stock boosters from their Midwest Showdown tournament a couple of weeks ago.

A big reason for Shaw’s upward trend? Getting in the weight room.

“I think that’s helped me a lot, especially on the defensive end,” Shaw said. “Being able to use my quickness and now my strength on top of that has really helped me. As an undersized guard, I guess, it makes it a little difficult, especially on defense and attacking the rim on offense. So getting stronger has really been a main focus for me this summer.”

“He’s put a lot of time into the weight room,” he said. “We can’t really do a lot about the height that we’re given, and a lot of times people see him as a smaller guard. But now that he’s physically stronger, he’s able to play bigger than his size and be a plus guy in a lot of categories that for a guy in his frame, people might have underestimated.”

Brieske said Shaw worked to foster a chance for Memorial to bond at the Abes’ contact days this summer. The squad will have a new look next season following the graduation of four of the team’s top five scorers. Shaw is the lone holdover from that group.

Of course, whether or not winter high school sports will be able to happen remains to be seen. But if they are, Shaw is hoping to grab a more pronounced leadership role with the Old Abes. He’ll be arguably the team’s most experienced varsity player.

“For me, it’d be a leadership role with the team, trying to bring guys together and build some good chemistry,” he said. “Chemistry is a big factor in high school basketball. So that would be a main focus for this year.”