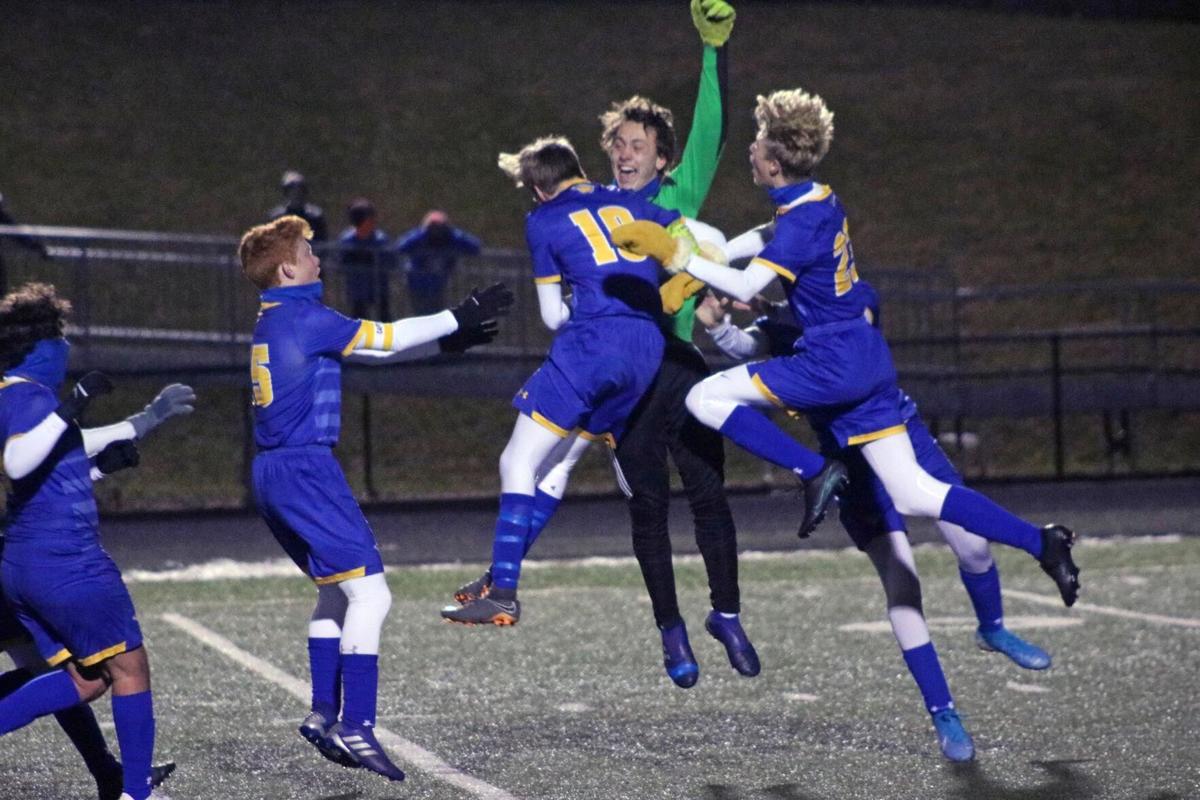 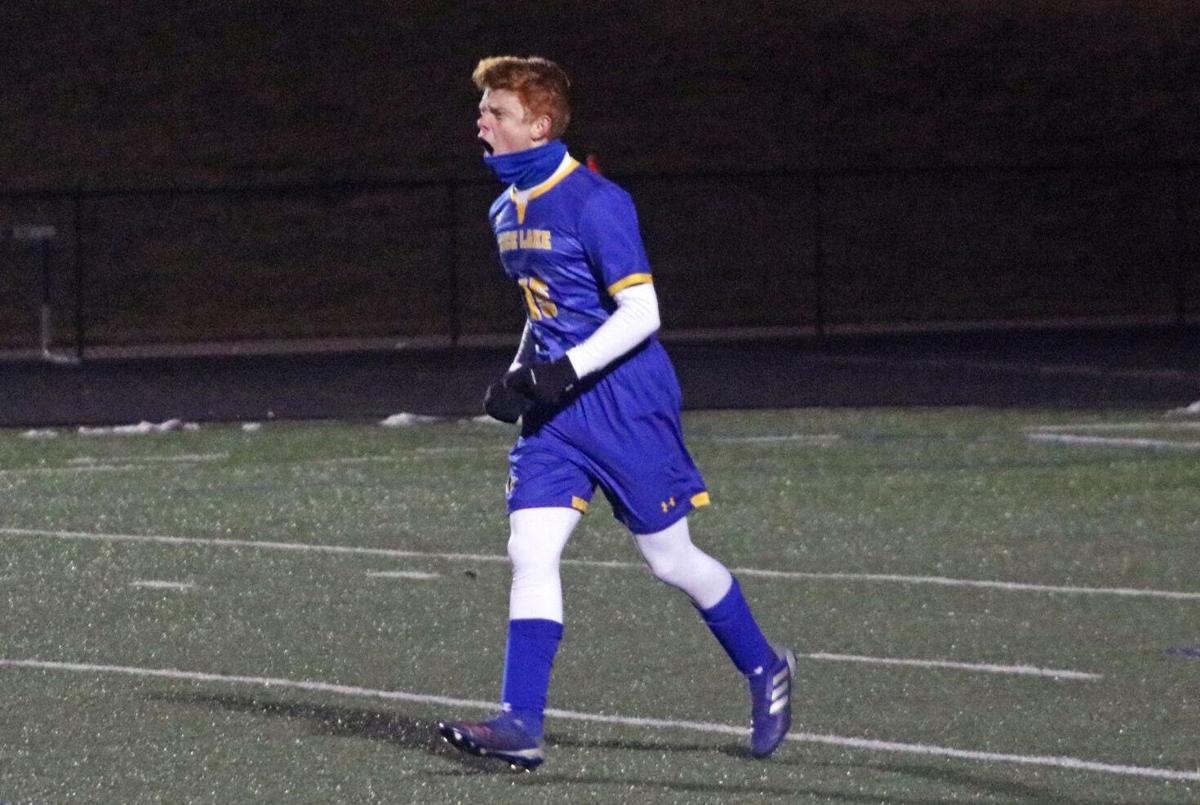 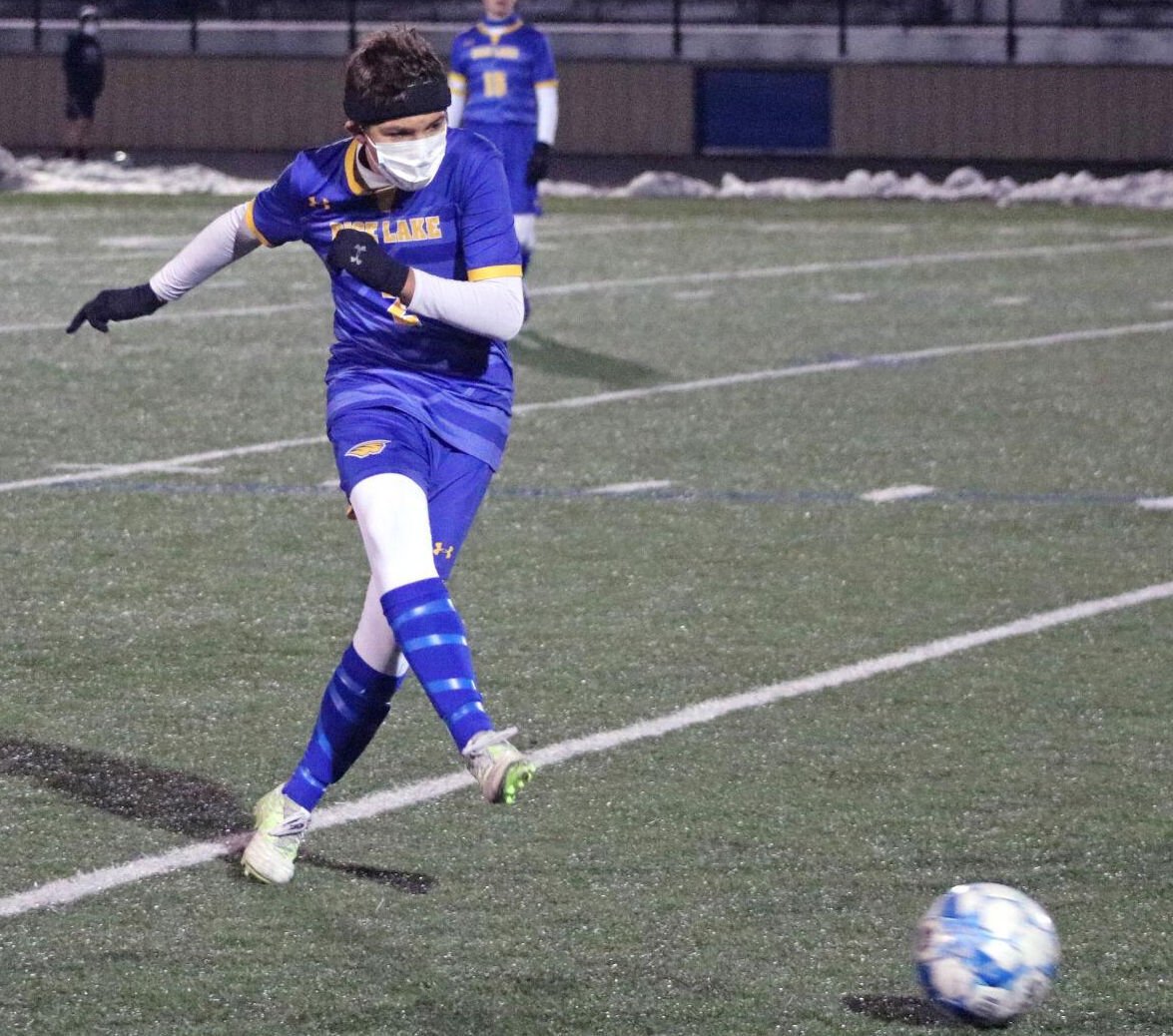 Since the postseason began, the Rice Lake boys soccer team has ended practice with penalty kicks. It showed, as the Warriors won a 3-1 shootout following a scoreless regulation and overtime in a Division 2 sectional semifinal match on Thursday against Unity/St. Croix Falls at Pug Lund Field in Rice Lake.

"We’ve talked about all season playing level, we don’t get no highs, no lows. Even in an overtime shootout you just got be level." Rice Lake coach Shawn Gilbert said.

Rice Lake advances to the sectional final game on Saturday, when the Warriors will play at Medford. The Raiders defeated Rhinelander 2-0 on Thursday night.

Rice Lake's Kolbjorn Ahlberg knocked one past the Unity/St. Croix Falls goaltender to open the shootout and put the Warriors up a goal. That was followed up by a missed shot by the opponent.

"Coming out with the lead and scoring right away, that fires me up, and I just carried that over with the same intensity with a missed shot. It could have gone either way," Rice Lake goaltender Zach Holmstrom said. "We just kept rolling with the energy that we had."

The senior Rice Lake goalie came through again, as Holmstrom stopped another shot to give Rice Lake the win with a two-goal advantage and only a set of shots left for each team.

"I’ve just been training for this for so long and every single blood, sweat and tear, it paid off right now," said Holmstrom, who had not participated in a shootout prior in his career.

Unity/St. Croix Falls gave Rice Lake everything it could handle, proving the No. 3 seeded squad wasn't going to give in to the top-seeded Warriors. After the scoreless first half, Rice Lake came out of the break with more precision. The Warriors spent plenty of time with control of the ball but they weren't able to find the back of the net in regulation or in the two 10-minute overtime periods.

"We just needed to settle in and relax a little bit. At the beginning we were sloppy with our play," Gilbert said. "We knew their sweeper was going to play pretty deep, which gives us the corners. We just didn’t take advantage of it with our passing in the first half.

"That second half we owned the ball the majority of it — and both overtimes. They didn’t get much going other than one shot in overtime. The guys just saw what Unity gave us."

Aidan Putnam had an opportunity to put the Warriors on the scoreboard in the 61st minute of regulation as his shot from about 25 yards out hit the crossbar and bounced back into play. Freshman Yazyr Sanchez almost crossed one into the goal from the right side of the field in the 64th minute, but instead it sailed just past the goal to the other side of the field. Sanchez was one of group of less experienced players seeing more time as Rice Lake was without four key players. Sophomores Bradyon Ahlberg and Austin Potter, senior Isaiah Miller and Sanchez all saw extended minutes for the Warriors.

Holmstrom said younger players proving they're ready for varsity minutes has been key to keeping the season going.

"It’s our younger guys really stepping into the roles," he said. "If you would have asked me in the beginning of the year I would have said none of the guys are varsity material but I can take that back right now. They’re really proving themselves."

Last season the Warriors earned an overtime victory over Unity/St. Croix Falls on the way to its four state appearance in the past six years. Rice Lake will look for the narrow victory to propel them as the Warriors get set to face second-seeded Medford, which hasn't allowed a goal in its two postseason victories.

"We did it for the guys that can't play," Holmstrom said of the win. "We want to see them back on the field."