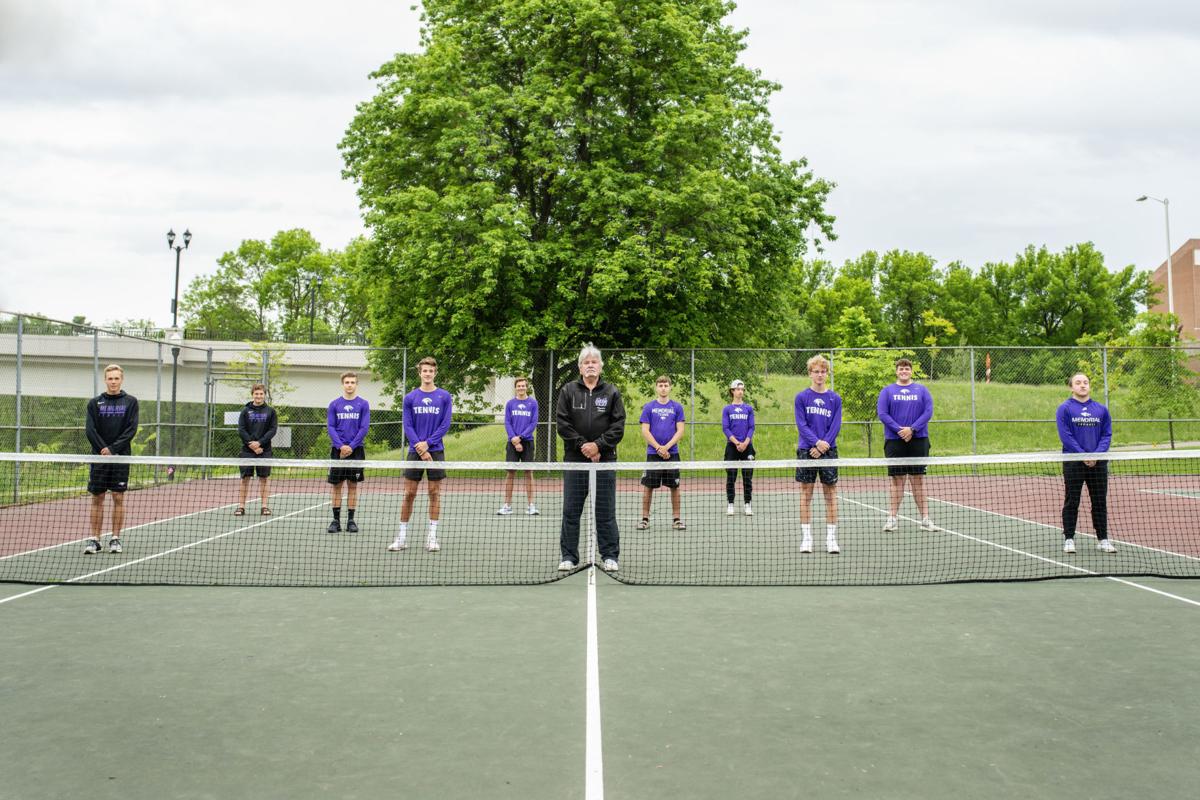 Members of the Eau Claire Memorial boys tennis team and coach Jim Litscher pose on the courts at Owen Park on Monday morning in Eau Claire. 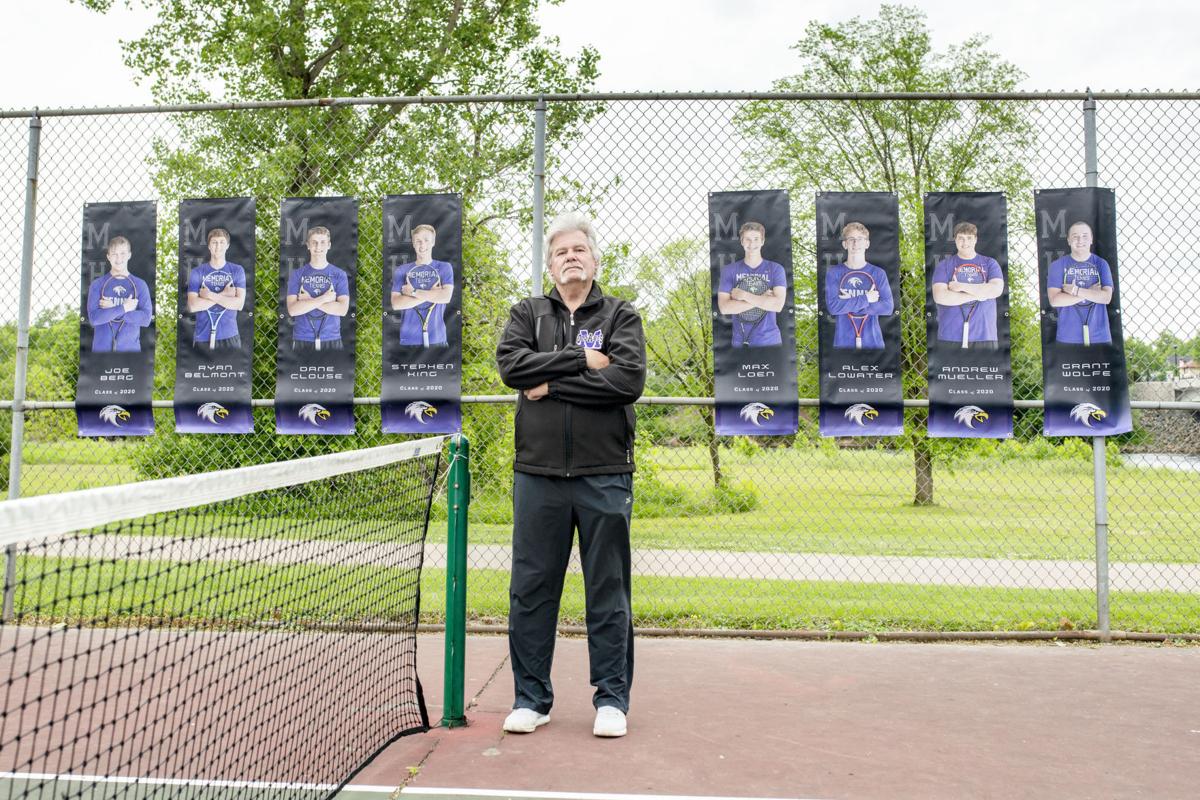 Eau Claire Memorial boys tennis coach Jim Litscher poses in front of banners for members of his team at Owen Park in Eau Claire on Monday.

Members of the Eau Claire Memorial boys tennis team and coach Jim Litscher pose on the courts at Owen Park on Monday morning in Eau Claire.

Eau Claire Memorial boys tennis coach Jim Litscher poses in front of banners for members of his team at Owen Park in Eau Claire on Monday.

This week could have been the next chapter in an already historic story.

Had it taken care of business at sectionals — which history suggests was a strong possibility — the Eau Claire Memorial boys tennis team would have been preparing for a 14th consecutive trip to the team state tournament this week.

Thanks to the coronavirus pandemic, this year’s seniors won’t get to finish out their careers at Nielsen Tennis Stadium in Madison. But they did get the chance to bid farewell on the courts, a small consolation in a season canceled by COVID-19.

The Old Abes had a sendoff for their eight seniors at the Owen Park tennis courts on Monday morning, saying goodbye to a group that was looking to add another stamp of success on the program.

“It felt good, just because it provided some closure for the season by allowing us to get back together one more time to reconnect,” said senior Stephen King, one of the team’s captains.

Players got together to reminisce about the past and look to the future, with parents and coaches helping put together the meetup.

Many of the players said they had not seen each other since the season had been canceled, and it was nice to get to meet as a team, even in unusual circumstances.

“I just think anything we could do for them was great,” Memorial coach Jim Litscher said. “Obviously right now sports take a back seat, but it was good to recognize them because they missed out.”

Since the WIAA split its tennis state tournaments into two divisions in 1995, no school has made more trips to state than Memorial. The Old Abes have gone 22 times.

This year’s group was working to make that 23, but never got the chance.

“It’s really disappointing,” senior captain Andrew Mueller said, “but I take it with the idea that I got to (go to state) for two years that I was playing, and a lot of us guys just like to have fun.”

Having fun and working hard was a hallmark of this group, according to its four captains. They bonded over the sport and became friends when that may not have happened otherwise.

“We’ve got a lot of different personalities on the team, and if I wasn’t playing tennis I probably would never have been friends with them,” said senior Grant Wolfe, another captain. “So it was kind of cool to see us come together and all play as one. Making a lot of new friends is probably the thing I’ll remember the most.”

The Old Abes’ Class of 2020 did get to taste plenty of success in its time at Memorial. They helped the team reach the state semifinals last season, and a handful competed in 2018’s state tournament as well.

On Monday, the team discussed memories from those trips to state in addition to their futures on the tennis court. Some of the Abes will play the sport at the college level.

“Every one of our seniors was extremely hard-working,” King said. “That was the disappointing part about not having our season, because we all put so much hard work in during the offseason to prepare to do great things.”

That’s part of the reason Litscher feels bad for his seniors, and every senior who had their final campaign swept out from under them.

“Everybody’s in the same boat. Everybody feels bad about it,” he said. “Especially when they worked so hard, and the only consolation is that everybody is in the same situation.”

“It was just really, really nice to see everyone again,” said Loen, another captain. “It just brought a conclusion to all the hard work that we put in during the offseason.”