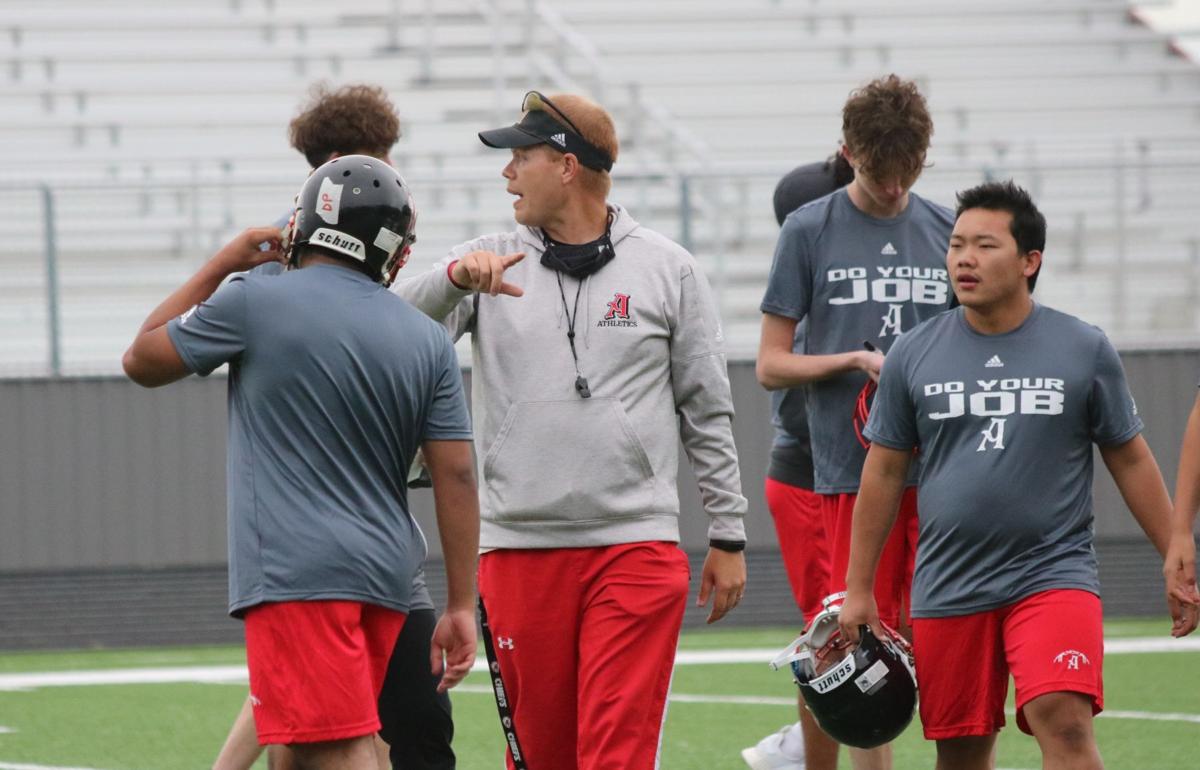 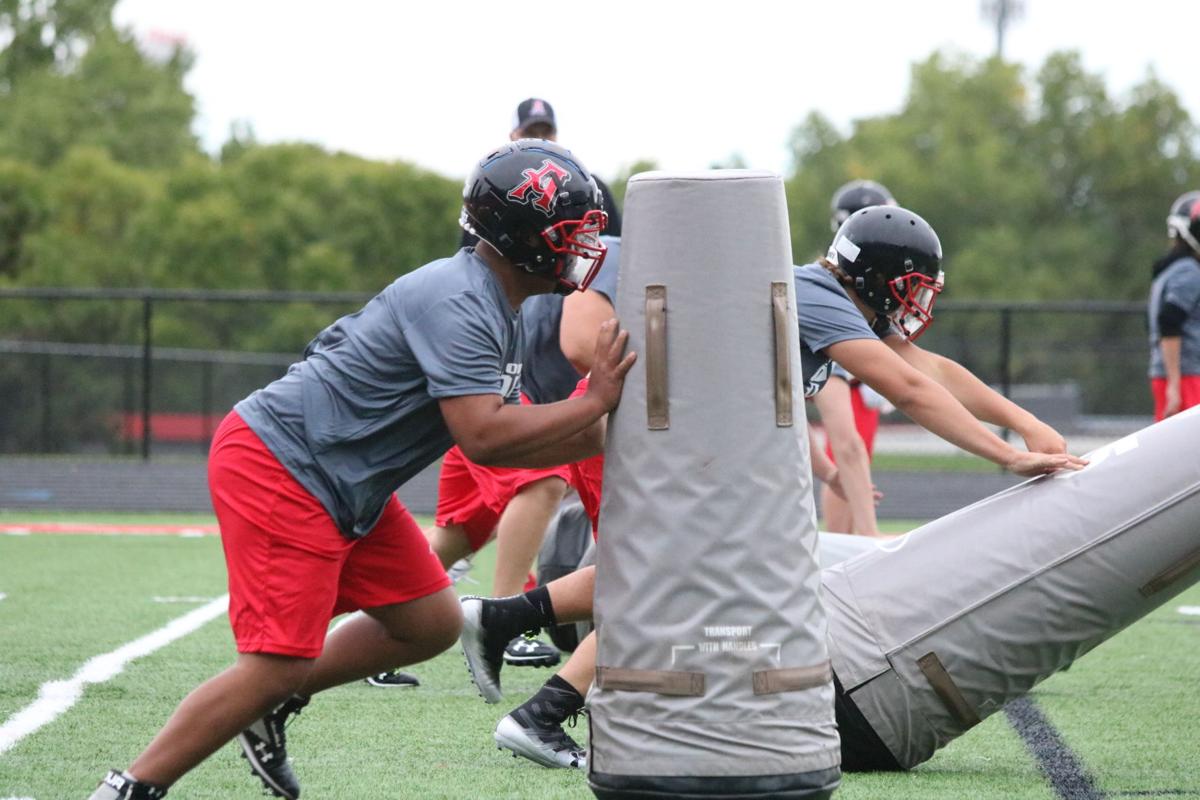 Members of the Altoona football team run through drills during practice on Sept. 8 at Oakleaf Stadium in Altoona.

Members of the Altoona football team run through drills during practice on Sept. 8 at Oakleaf Stadium in Altoona.

Chad Hanson’s Altoona Railroaders are hitting the field after all. And they’ve got plenty of work to do.

“We’re behind, definitely,” Hanson said. “Most schools to this point have been practicing three or so hours a night, or practicing twice a day like they would have done in a normal preseason. We’ve been only practicing two hours a night. Teams scrimmaged this last Friday and they’ll obviously have a Week 1 game, and we aren’t playing until Week 2 and without a scrimmage.”

Altoona football, previously limited to practicing due to the Eau Claire City-County Health order, got news last week that the team will be able to compete in games this fall after a change in wording to the order. Hanson said the new document, released Thursday, leaves wiggle room to play football when it states those in charge of public buildings and spaces should “consider prohibiting or not participating in activities that, by their very nature, encourage violation of Physical Distancing Requirements.”

A change in the positive direction wasn’t exactly expected for the Rails, especially when considering the health department said multiple metrics in the county are concerning on Thursday. But Hanson isn’t complaining.

“On Thursday afternoon I had heard there was a possibly a wording change,” Hanson said, “It was all a surprise to me.”

Now, he can turn his attention to actual football as opposed to worrying about the looming possibility the Rails wouldn’t be able to play at all. That doesn’t crank down the stress much, though. If anything, he said he’s more stressed.

“We’re still focusing significantly on making sure at practice that we are putting the kids in a safe environment as far as COVID goes,” Hanson said. “We still have that aspect and now we have the added stress of having to get ready for a game and how we can do that inside those safety protocols.”

Altoona, entering its second season under Hanson’s watch, was set to move from the Cloverbelt to the Coulee Conference this fall as part of a state-wide conference restructuring effort. But the Coulee, which primarily consists of teams in the La Crosse area, is not competing in conference play this fall after some teams stayed in the fall and others opted for the newly-formed alternative spring. The Coulee schools that made the same decision as Altoona, to play in the fall, have decided to battle schools closer geographically.

The Rails currently have four games scheduled: Oct. 2 at Osceola, Oct. 9 vs. Prescott, Oct. 23 at Viroqua and Nov. 6 at Athens. The team won’t compete in a game during Week 1 to allow for more preparation time, leaving two open slots on the schedule.

Altoona went 2-7 last season and returns a young team made up of predominately sophomores and juniors. The offensive line will be anchored by a pair of returners, Braxton Lang and Craig Ervin, while wideout Marsten Salsbury-Parks and backs Cadem Amidon and Dawson Sahm are set to take on bigger roles at the skill positions. Thankfully, the group will have a foundation to work from in this short preparation period thanks to a year of experience in Hanson’s system. The team’s option attack in particular takes time to perfect.

“I feel like we shouldn’t really take anything for granted because with COVID-19 going around, we still get to play, we still get be doing a fun sport and bonding with other people,” Salsbury-Parks said.

Hanson said the team will still limit close contact in practice, but the Rails will finally be able to tackle, block and work on complete formations instead of teaching the team’s plays in pieces.

“We’ve got our work cut out for us to be ready to get on the field,” Hanson said. “Not even just looking at it from the perspective of winning and losing, but just making sure that we have everything in place for the kids to be out there in a safe manner.”