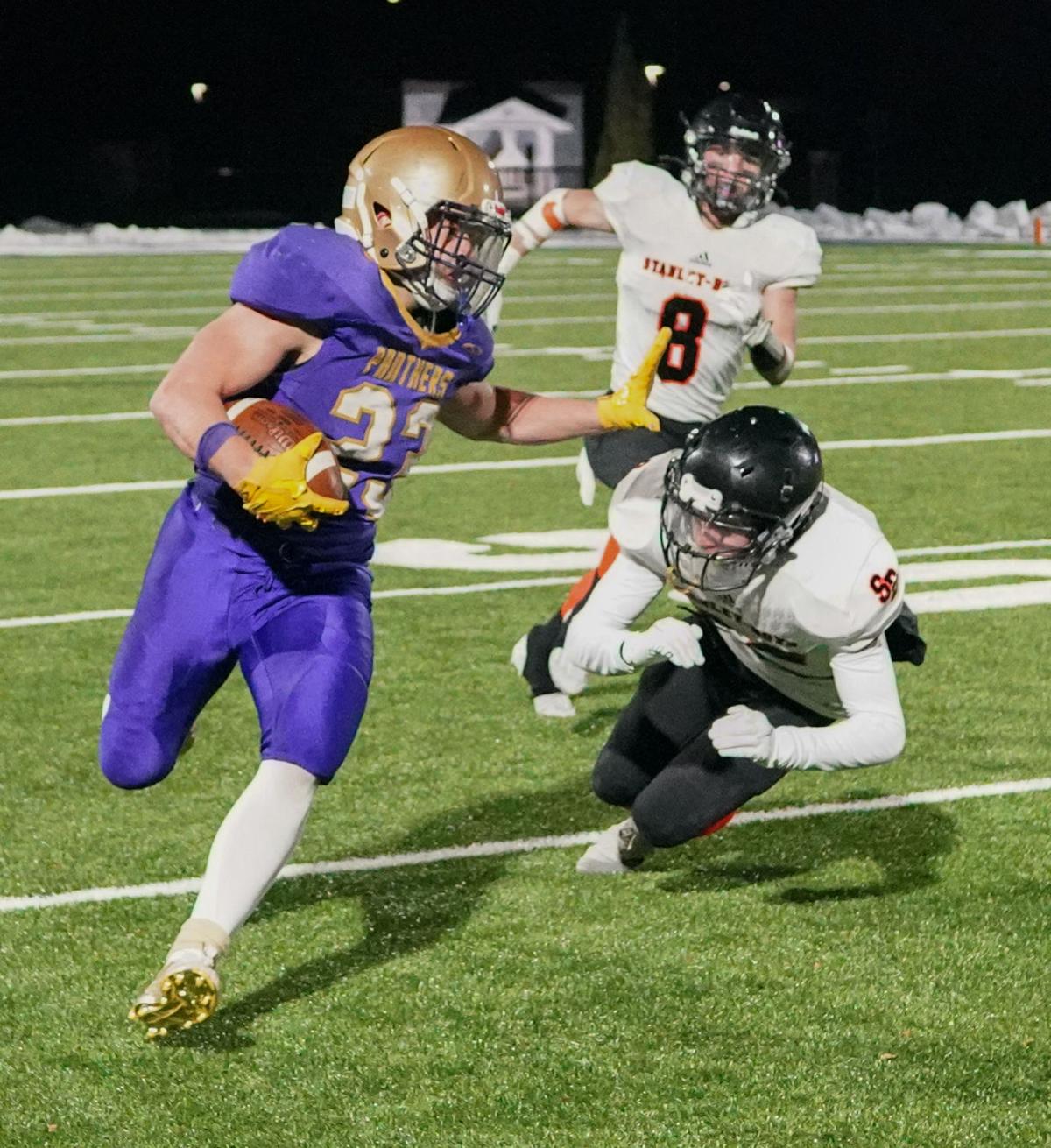 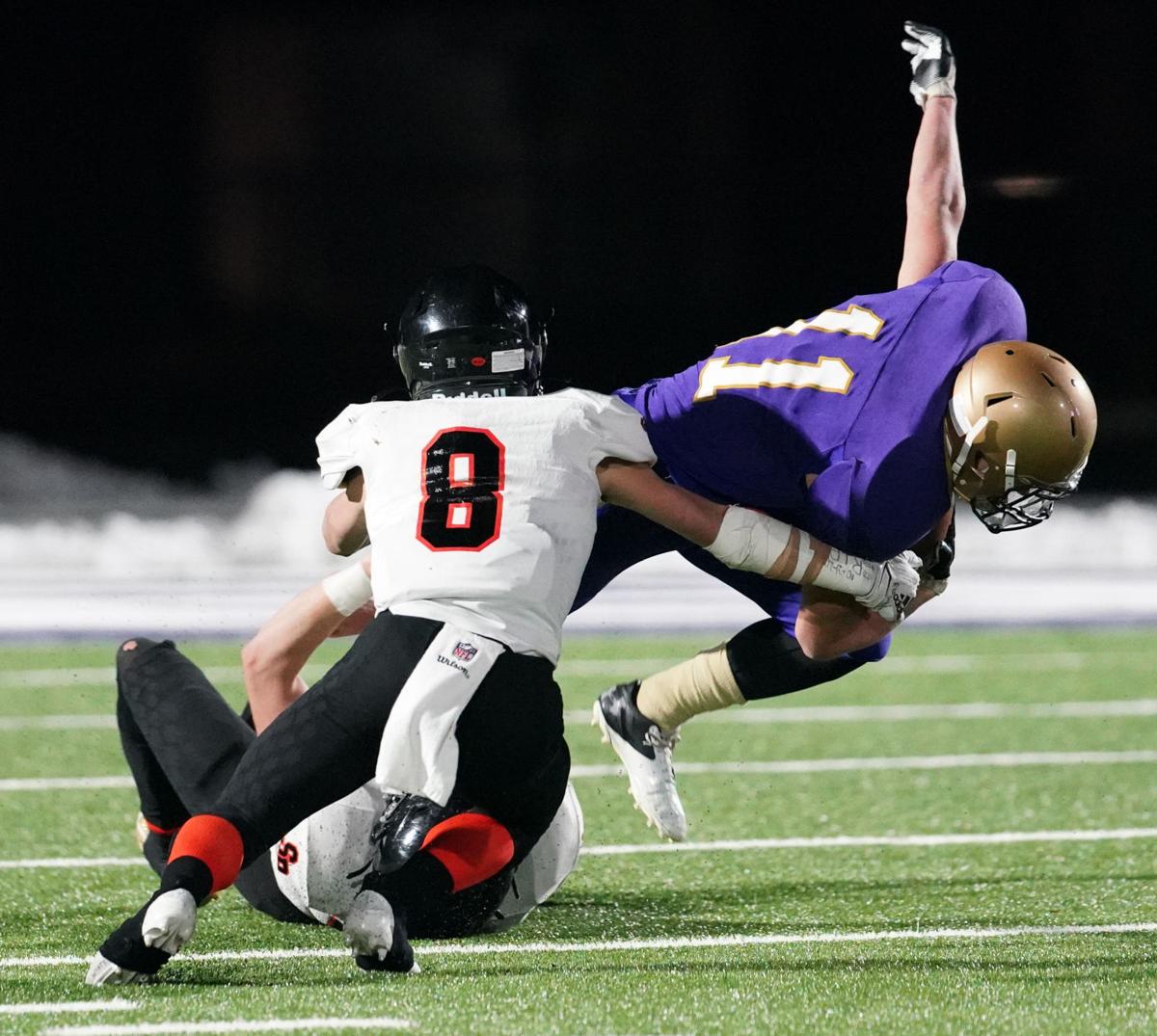 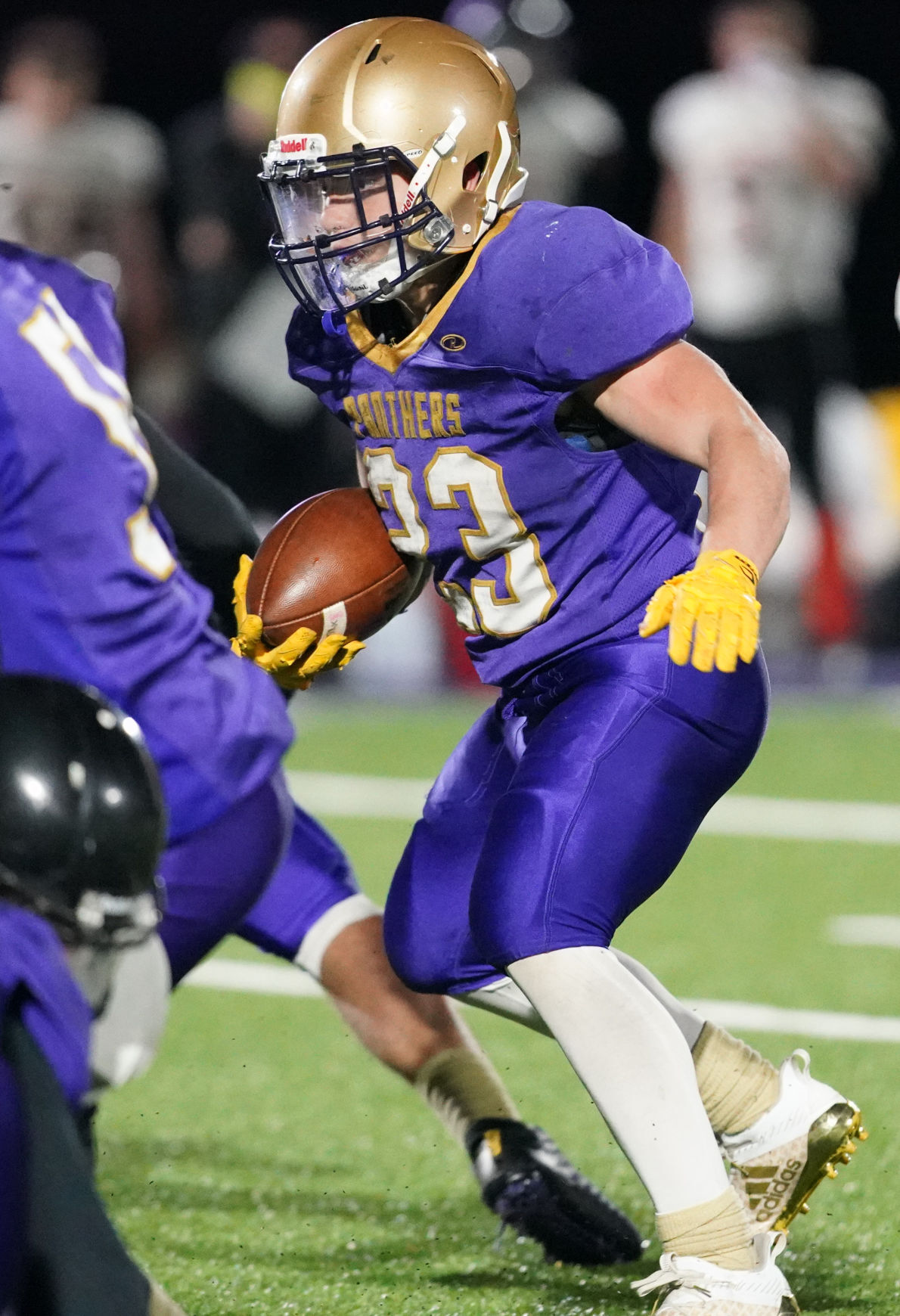 Durand's Simon Bauer runs with the ball against Stanley-Boyd on Friday, Oct. 23 in Durand. 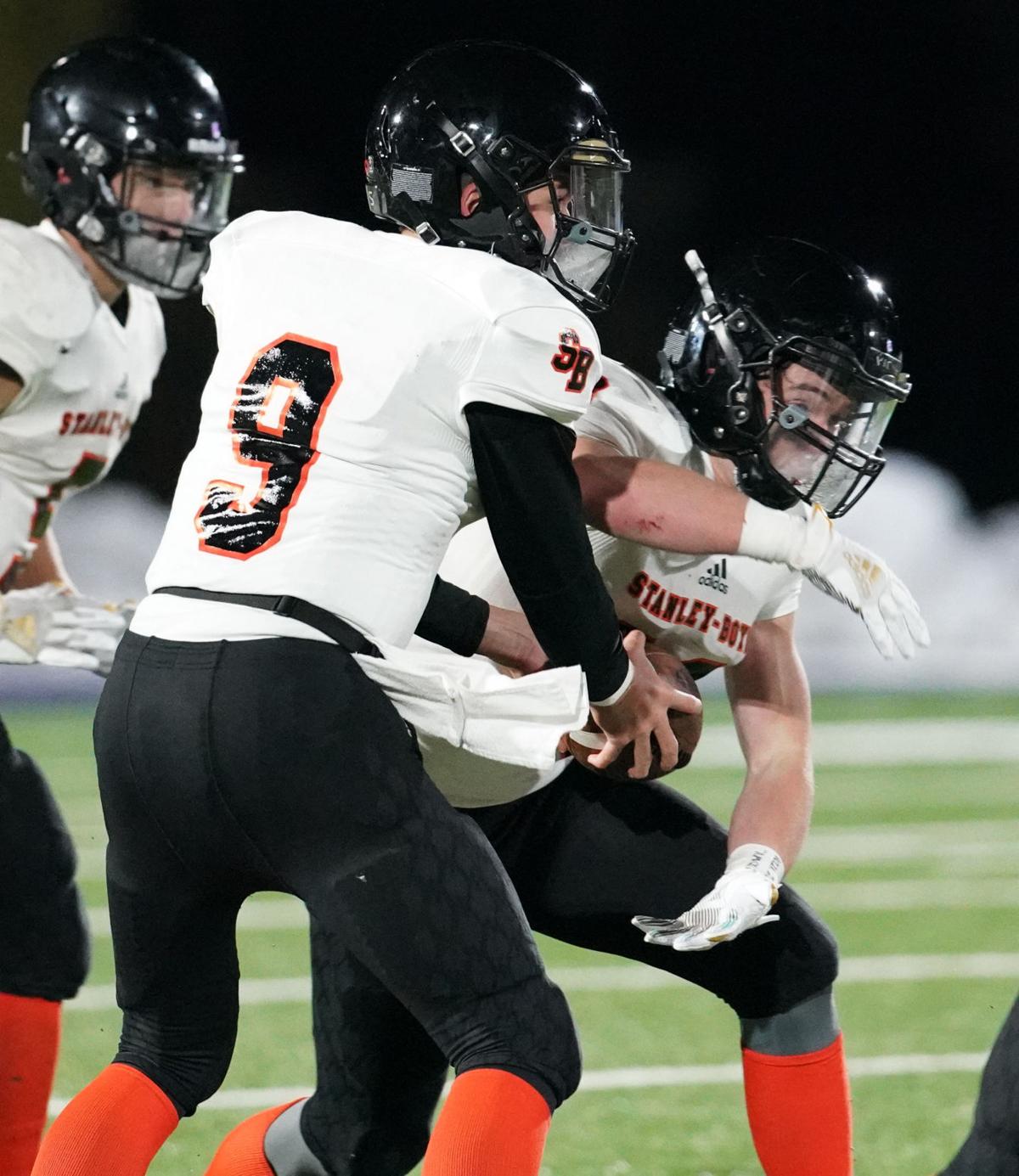 Stanley-Boyd's Carsen Hause hands the ball off to Jacob Nesterick during a game against Durand on Friday in Durand.

Durand's Simon Bauer runs with the ball against Stanley-Boyd on Friday, Oct. 23 in Durand.

Stanley-Boyd's Carsen Hause hands the ball off to Jacob Nesterick during a game against Durand on Friday in Durand.

Simon Bauer ran for an eight-yard touchdown to open overtime, then Ethan Anibas threw Stanley-Boyd's Luke Smith back on a fourth down attempt to seal a 28-21 Panther victory Friday in Durand. The win was the team's second straight overtime triumph, having previously edged rival Mondovi in an extra frame last week, and keeps the Panthers undefeated in their first season in the Cloverbelt.

"We were a little shorthanded. We lost a couple guys to quarantine this week," Durand coach Rod Rosemeyer said. "I couldn't be more pleased with the guys that stepped up and made a contribution. We had a tough week of practice with all the snow. We didn't get a lot done, but I was pleased with the effort. They played real hard tonight."

The eventual game-winning score from Bauer capped off a quick two-play drive to open overtime. Quarterback Joey Biesterveld hit Caden Berger for a 17-yard pass to set up a first-and-goal opportunity, and Bauer found space in the middle of the defense to push his total on the night to 165 yards and two touchdowns.

"Our offense was just clicking at the end of the fourth quarter," Biesterveld said. "Then we just kept that momentum going into overtime."

The Durand defense made quick work of overtime as well, taking just four plays to force Stanley-Boyd into a turnover on downs. The Orioles looked poised to get the needed yardage on a fourth-and-4 play when Carsen Hause found Smith with a pass near the left sideline, but Anibas was able to stop his momentum just short of the sticks and pull him back out of bounds.

The late heroics helped the Panthers avoid worrying about a fourth quarter to forget, one that featured a drive-ending fumble, a turnover on downs and a squandered chance to end the game in regulation. Durand mounted a 41-yard drive in the final 2:24 of the fourth quarter, getting down to the Stanley-Boyd six-yard line thanks largely to a 21-yard pass from Biesterveld to Berger. With just seven seconds left and no timeouts, Rosemeyer opted to have his team run the ball, resulting in a hurried offense fumbling into the end zone.

"I kind of screwed up with the play clock, took away a field goal opportunity," Rosemeyer said. "The guys bounced back in overtime and they never stopped believing."

Stanley-Boyd forced the extra frame by scoring the only points of the fourth quarter, taking advantage of a drive that started on the Durand 28-yard line. Hause found Jacob Nesterick with a pass toward the center of the field, and Nesterick broke a tackle to run for a 26-yard score. The Orioles tied the game on the two-point conversion, a double pass that finished with Mike Karlen finding Bo Chwala alone in the back right corner of the end zone.

The Orioles had one more drive in regulation with a chance to take the lead, but only mustered two yards before being forced to punt.

Stanley-Boyd head coach Jeff Koenig said the team was playing with heavy hearts after a former player died in a severe car accident earlier this week. He said another former player involved in the accident is still in the hospital.

"We made too many mistakes, but I don't fault our guys for what we've been through this week," Koenig said.

Durand overcame a less than ideal start Friday night, as Karlen scored a 55-yard touchdown on Stanley-Boyd's first offensive play of the game. A play later, the Panthers returned a kick out to midfield but fumbled the ball right back to the Orioles.

The team took the early disorder well, responding with a pair of touchdowns while holding Stanley-Boyd to two Karlen field goals during the remainder of the first half. Biesterveld threw a five-yard touchdown pass to Gunnar Hurlburt and Bauer ran for a three-yard score to put the Panthers up 14-13 at the break.

Durand went up eight in the final minute of the third quarter on an eight-yard touchdown pass from Biesterveld to Ethan Fedie, but Stanley-Boyd had one more response before the Panthers sealed their fifth win of the year.

Bauer accounted for 73% of the Panthers' total yards on 33 carries, but Biesterveld also put up an efficient 7-for-12 line with 76 yards and two TD passes. Dawson Hartung ran for 51 yards.

Hause went 20 for 28 passing for 123 yards for the Orioles, who were paced on the ground by Karlen with 84 yards.

Stanley-Boyd turns its attention to Osseo-Fairchild, while the Panthers travel to Elk Mound next week before a much-anticipated Week 7 showdown between Durand and Regis. That final regular season contest could decide the Cloverbelt title.

"We've got some real tough games coming up," Rosemeyer said. "The old cliche, we've got to get better every week. That's how we have to go into next week."