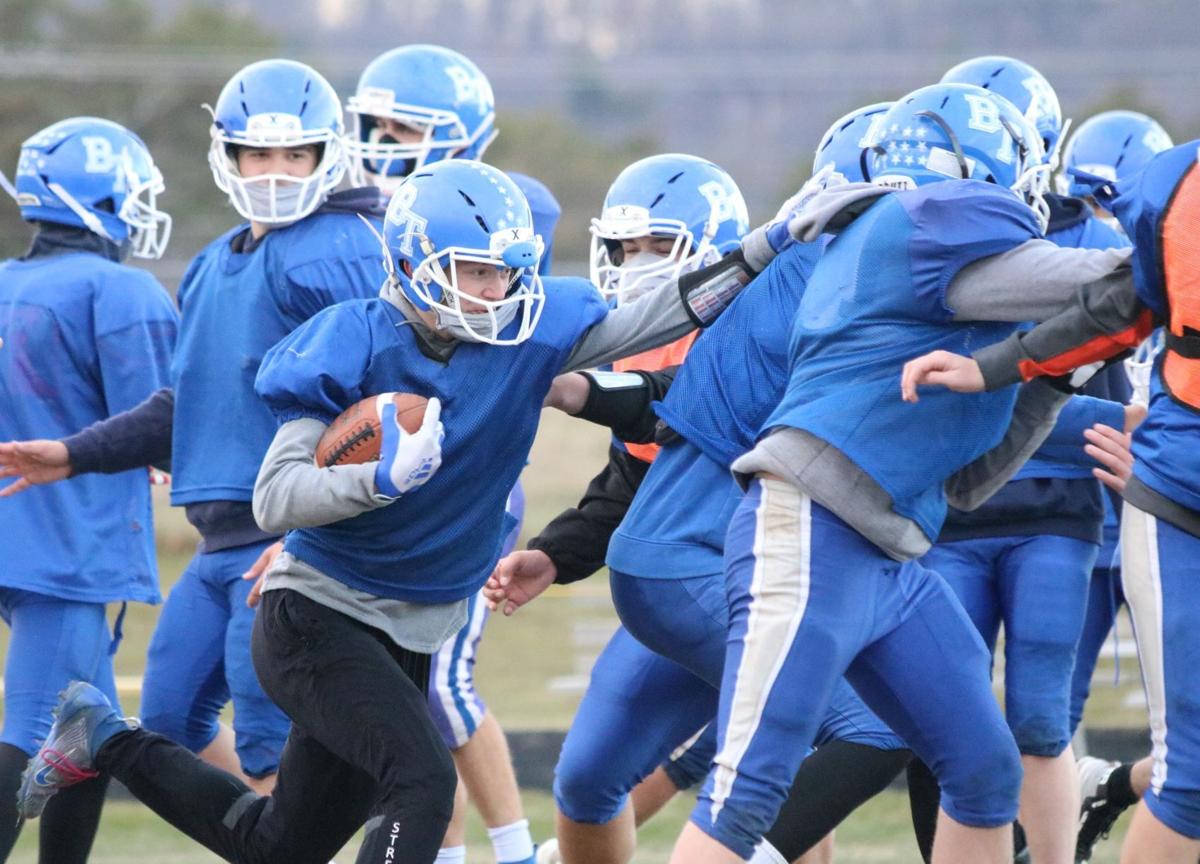 The Blair-Taylor football team practices kick returns during practice on Tuesday in Blair. 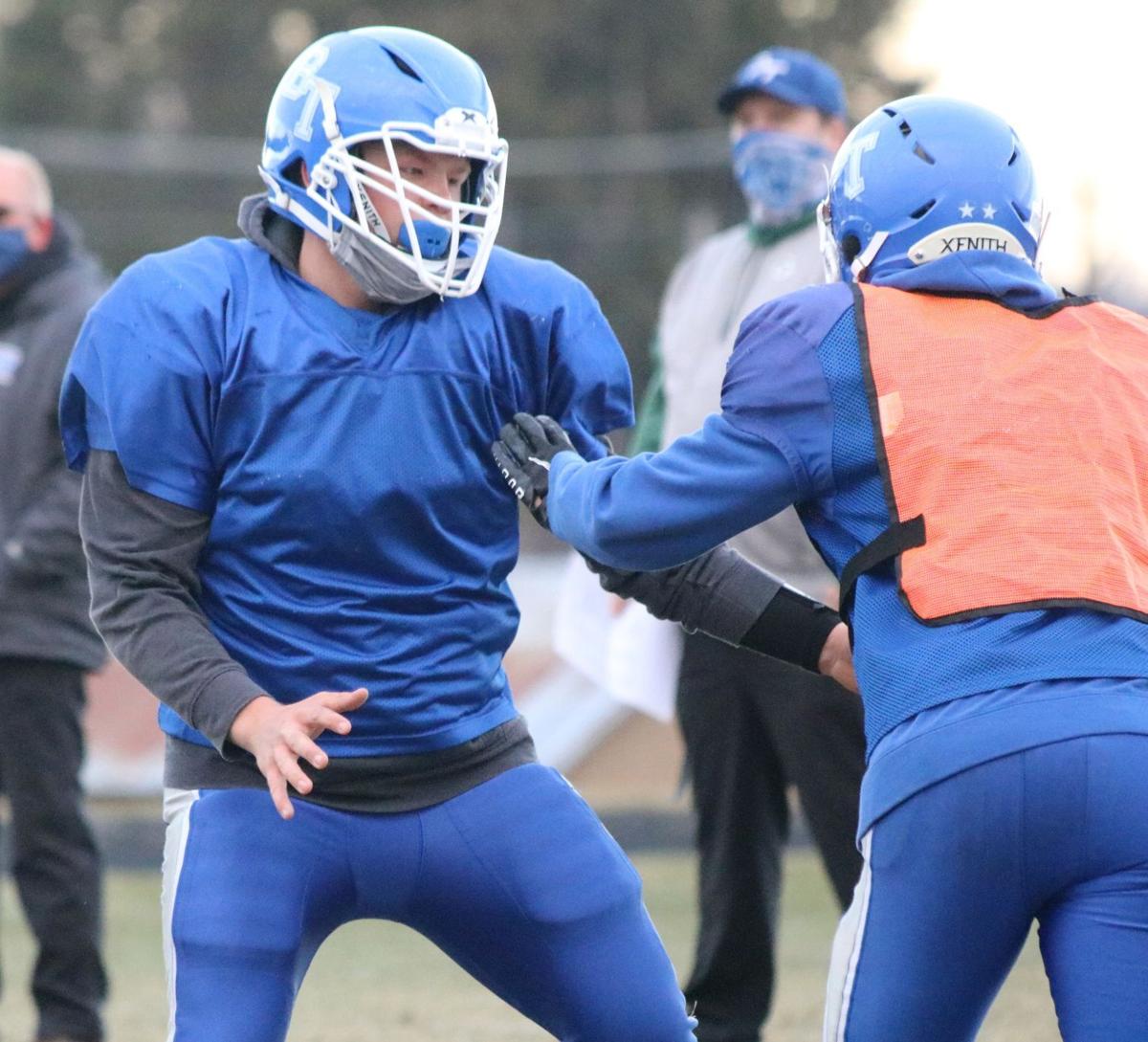 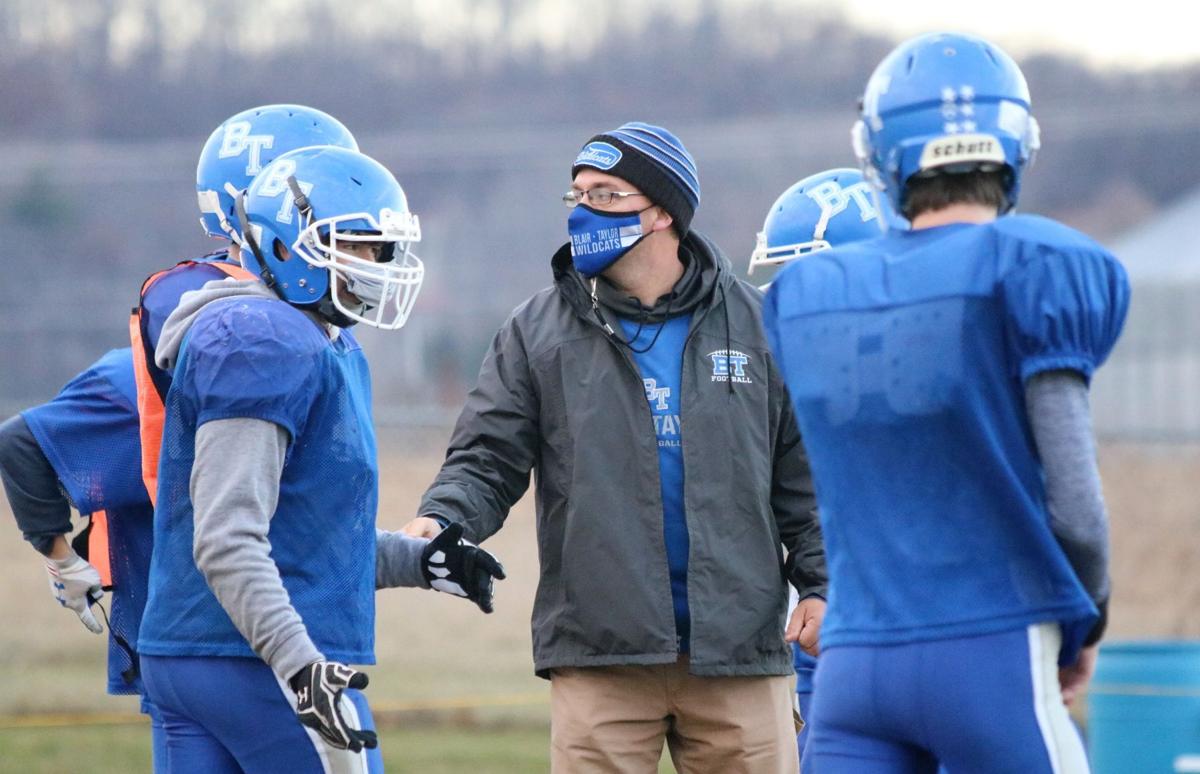 Blair-Taylor coach Andy Nehring speaks to a player during football practice on Tuesday in Blair.

The Blair-Taylor football team practices kick returns during practice on Tuesday in Blair.

Blair-Taylor coach Andy Nehring speaks to a player during football practice on Tuesday in Blair.

BLAIR — Three years ago, this wasn’t on the radar for this group of Wildcats.

Its introduction to high school football was an unpleasant one: Blair-Taylor went winless in 2017, losing all nine contests it played by an average of just over 24 points per game.

It wasn’t the way the Class of 2021 wanted to start its career.

The group set out to change the course right away.

Sometime in their sophomore year, something clicked. There was a new coaching staff around, and the players were determined to put the work in to turn things around.

The results manifested themselves right away. The Wildcats won their first game in 2018, topping Luther 27-19 — the first taste of varsity victory for the sophomores.

“We saw hope after that one,” lineman Garrison Armitage said.

Blair-Taylor went on to finish 4-6 that season. And now a few years later, the group that was winless as freshmen is on the cusp of an undefeated season.

It’s been quite the turnaround for this year’s seniors.

“I’ve known them since they were little,” Blair-Taylor coach Andy Nehring said. “They’ve been humble enough to accept different roles, whether it’s supporting or leadership roles. They’ve worked hard over the course of those years. They possess talent, for sure, but they went out and worked hard. I think that’s what’s made them successful.”

Blair-Taylor is 7-0 heading into Thursday’s season finale against Assumption. The Wildcats have won back-to-back Dairyland Conference titles, posting a 15-3 overall record over the past two seasons.

“It’s been rewarding,” Thompson said. “Coming off an 0-9 season, it hit us pretty hard. We didn’t know what the future was going to look like, and then to work this hard to senior year where we can potentially go undefeated, it’s just rewarding.”

It took plenty of hard work to get here, and the players credited Nehring and his staff for helping them get through it.

“They were energetic toward making working in the offseason fun,” Armitage said. “They got people motivated to go there.”

When it came down to it, though, the push to improve came from within.

“After going 0-9, you get that drive that you want to get better and you’re not going to accept anything other than that,” Thompson said. “You just keep fighting.”

The Wildcats’ seniors finished just under .500 as sophomores and 8-3 as juniors. Their junior-year mark was good enough for a Dairyland championship, but they didn’t think they’d repeat the feat.

It wasn’t because they felt they weren’t good enough though. In fact, coming into the year their goal was to win a second straight title. But the conference announced before the season that it didn’t plan to recognize a champion due to the difficult nature of trying to complete a full season amid the pandemic.

But as the fall wore on, the Wildcats checked more and more victories over league teams off their list. When the final week of the regular season finished, they had played enough of the conference’s squads to be named the league champion.

“It all just kind of fell together, but that was still our goal,” Nehring said. “Even though we didn’t think it would be able to happen, it was still one of our goals.”

The Wildcats earned the title with a kind of balance that can be difficult to find at the prep level. There’s senior Matthew Brandenburg, who’s scored 11 rushing touchdowns this year and has over 3,000 career rushing yards. The passing game is equally adept — Cain Fremstad has 10 passing touchdowns, and Kyle Steien, Matthew Waldera and Alec Reismann each have 200-plus receiving yards.

Defensively, Blair-Taylor has limited opponents to an average of 12 points per game.

It’s a good formula for success, and it goes beyond the X’s and O’s.

“For them, the biggest thing has been the ability to put character before wins and losses,” Nehring said. “Coming into the year, we wrote a few things down that we wanted to do. They said they wanted to play hard all four quarters regardless of the score, win or lose, and leave each place better than they found it. If they did both those things, we knew we’d be champions.”

The Wildcats won’t have the chance to build off last year’s playoff performance, where they reached the second round in Division 7. But with a victory in Thursday’s makeshift playoff game, they’d achieve a bit of history nobody at the school has ever pulled off: an undefeated season.

“It’s never happened before in Blair-Taylor history, so that’s what we’re aiming for,” Armitage said. “We can’t play to go to state, so we’re going for something else.”