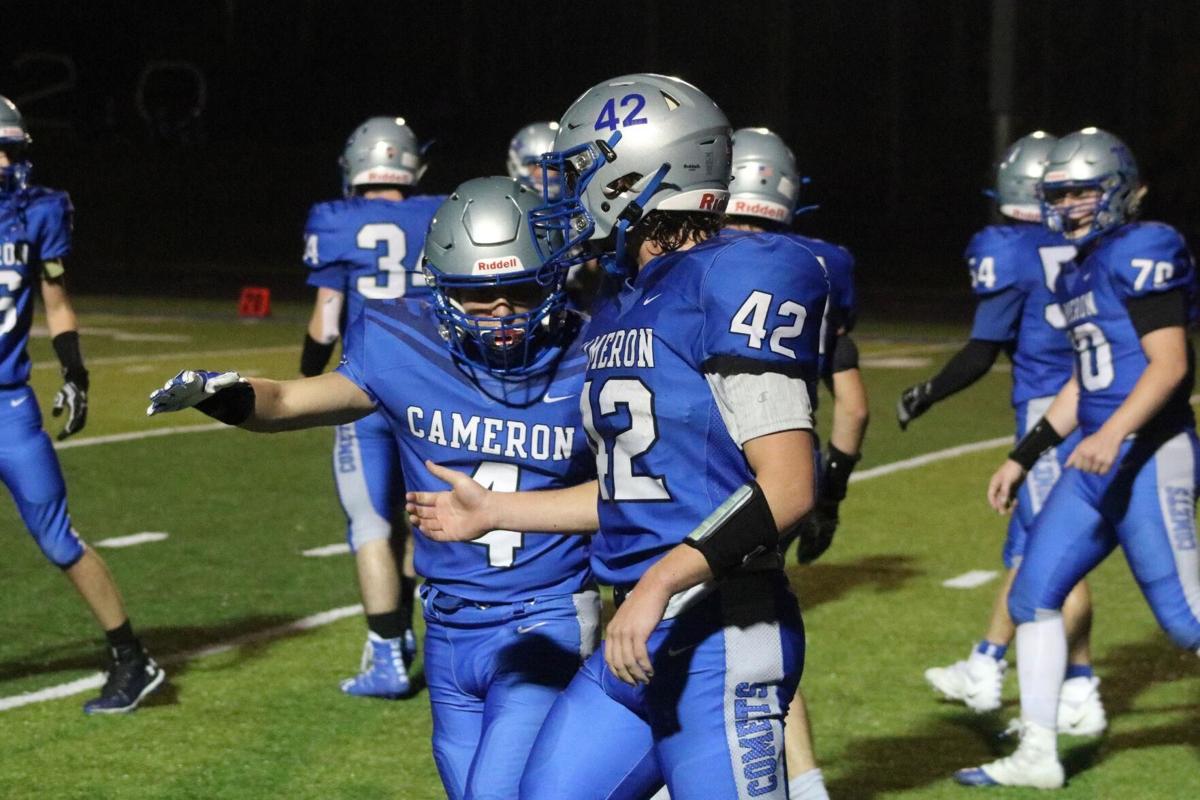 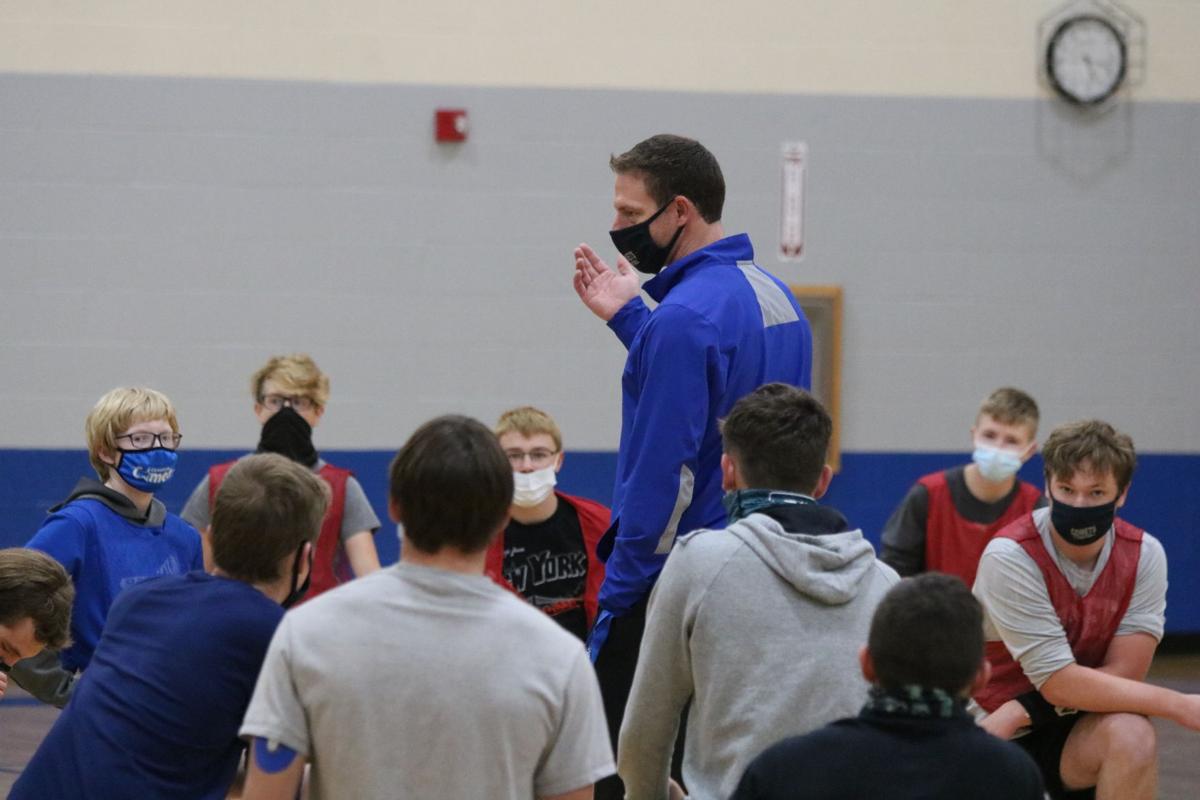 Cameron football coach Dan Henken speaks to his team during an indoor practice at Cameron Middle School on Thursday. 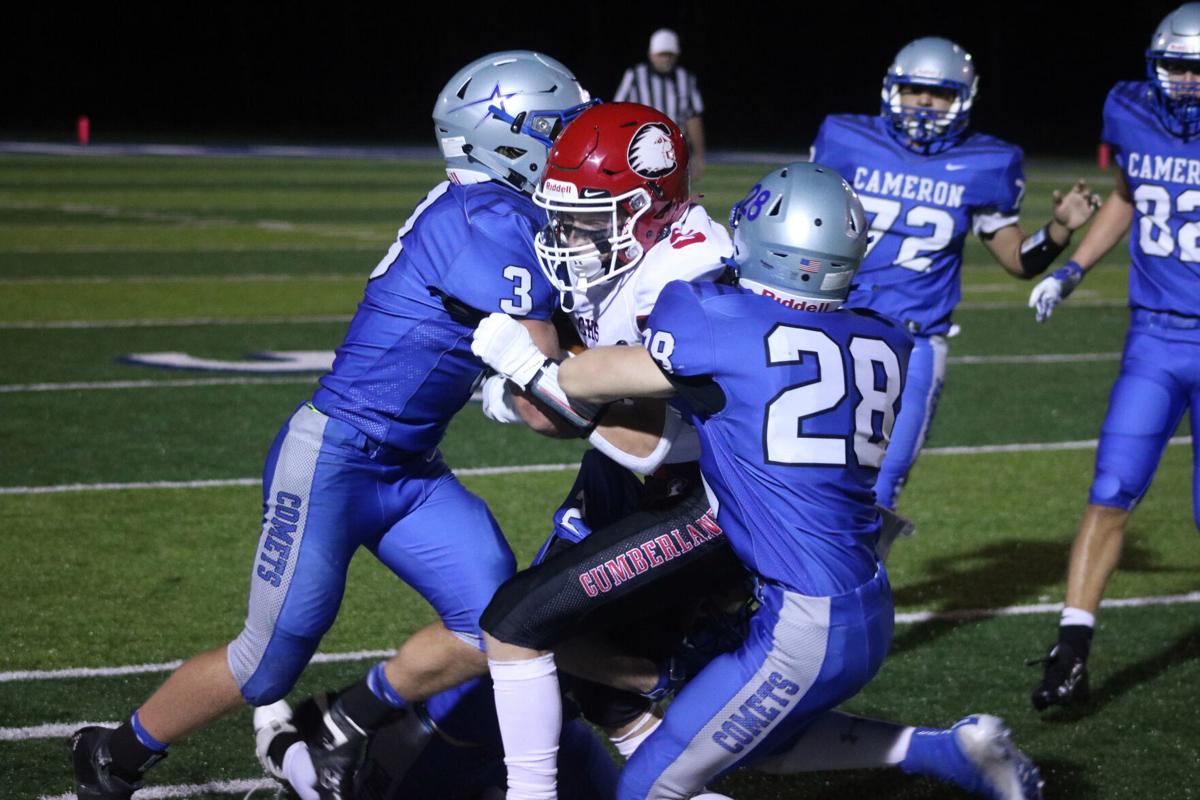 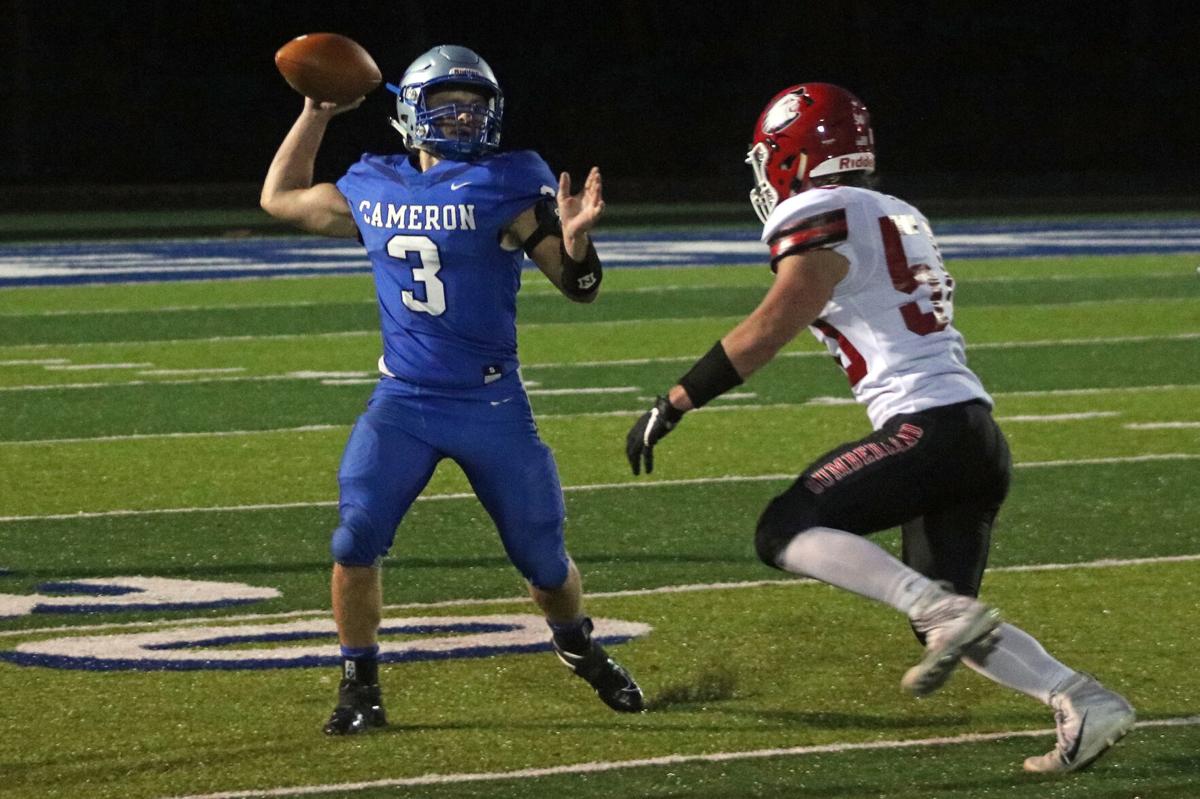 Cameron's Richie Murphy throws against the Cumberland defense on Sept. 25 in Cameron.

Cameron football coach Dan Henken speaks to his team during an indoor practice at Cameron Middle School on Thursday.

Cameron's Richie Murphy throws against the Cumberland defense on Sept. 25 in Cameron.

CAMERON — Losing can make sports an absolute grind. Ask anyone who has gone through it themselves.

Unfortunately for Cameron football, most of the Comets players can articulate the experience. The program entered the season riding a 19-game losing streak, then dropped the first three games this year as well. As quarterback and linebacker Richie Murphy said, it’s often hard to stick to it when the results just aren’t there.

“You start to underachieve when it hangs over your head,” first-year Cameron coach Dan Henken said. “You start to get used to playing with a running clock and playing one half of football. I think the biggest battle we felt was mental for a while.”

You can’t change a team’s culture overnight, but Henken and his Comets are showing signs that point toward the team moving in the right direction.

The most tangible? Last week’s victory against St. Croix Falls, which served as the football program’s first victory since 2017. It’s been even longer since Cameron earned a win on the field, considering that 2017 triumph came by forfeit. The last true victory for the team came on Oct. 7, 2016 against Washburn/Bayfield/South Shore. Most players on this roster weren’t even in high school yet, let alone playing varsity.

Finally, the group got to experience the incomparable emotions that come with success.

“It didn’t feel right at first,” lineman Isaiah Seffinga said. “I looked at the scoreboard and was like, ‘Are we really doing this?’”

Henken wasn’t with these players through most of the hardships, but could still see how much it meant to them to finally get off the snide. It was proof of how far they’d come.

Henken, a former safety at UW-Eau Claire, arrived in Cameron this fall after eight years as an assistant at schools in the Twin Cities area: Tartan, Simley and Cretin-Derham Hall. While he works in Minnesota and traditionally lives in Hudson, he’s been spending more time at his other property in Spooner. A move to coaching in Wisconsin made sense, especially considering the ease of working remotely.

Among the lessons learned at his previous stops were the necessity to build a winning mentality and how quickly fortunes can change.

“It’s really just setting things in place, expectations in the classroom, in the weight room, and effort and attitude in practice,” Henken said. “You’ve just got to trust the process. You’ve got to believe in it, you’ve got to do it every day and then you’ve just got to have faith that the product will come.”

Henken wasn’t exactly dealt a great hand in Year 1. Preseason camps were shortened due to the coronavirus pandemic, giving him and his staff less time to coach up the players in a new system. When the season kicked off, the Comets opened up against the current top two teams in the Heart O’ North standings, Cumberland and Spooner, and did it without a large chunk of their roster due to coronavirus-related quarantine protocols.

Those first two games looked much like last year, a 54-6 loss to Cumberland and 37-6 loss to Spooner. But then came Week 3, and things began to click.

It was a frustrating contest for the Comets, who fell 16-14 to Barron despite outgaining the Golden Bears by more than 200 yards. The final score still wasn’t in their favor, but the game was the first close contest Cameron players have experienced in years.

“It was huge,” Murphy said. “For the players, we realized we can really compete in this conference. To get some success competing, that’s the first step.”

The next step? Get a win, something Cameron did one week later. Henken’s squad scored twice in the fourth quarter to stretch a 20-13 lead out to a 35-13 victory against St. Croix Falls. The Comet returned an interception and fumble return for a touchdown and forced St. Croix Falls quarterbacks into four interceptions.

Compare the last two weeks to the Comets games against these foes last year and the contrast is stark. In 2019, Cameron lost 41-0 to Barron and 59-6 to St. Croix Falls.

“I think we proved to everyone that we can play with them,” running back and linebacker Ian Payne said. “It just takes time.”

While Henken is happy with the victory, the Comets are still shooting for higher than 1-3. This week they’ll look to continue the momentum when they travel to Chetek-Weyerhaeuser.