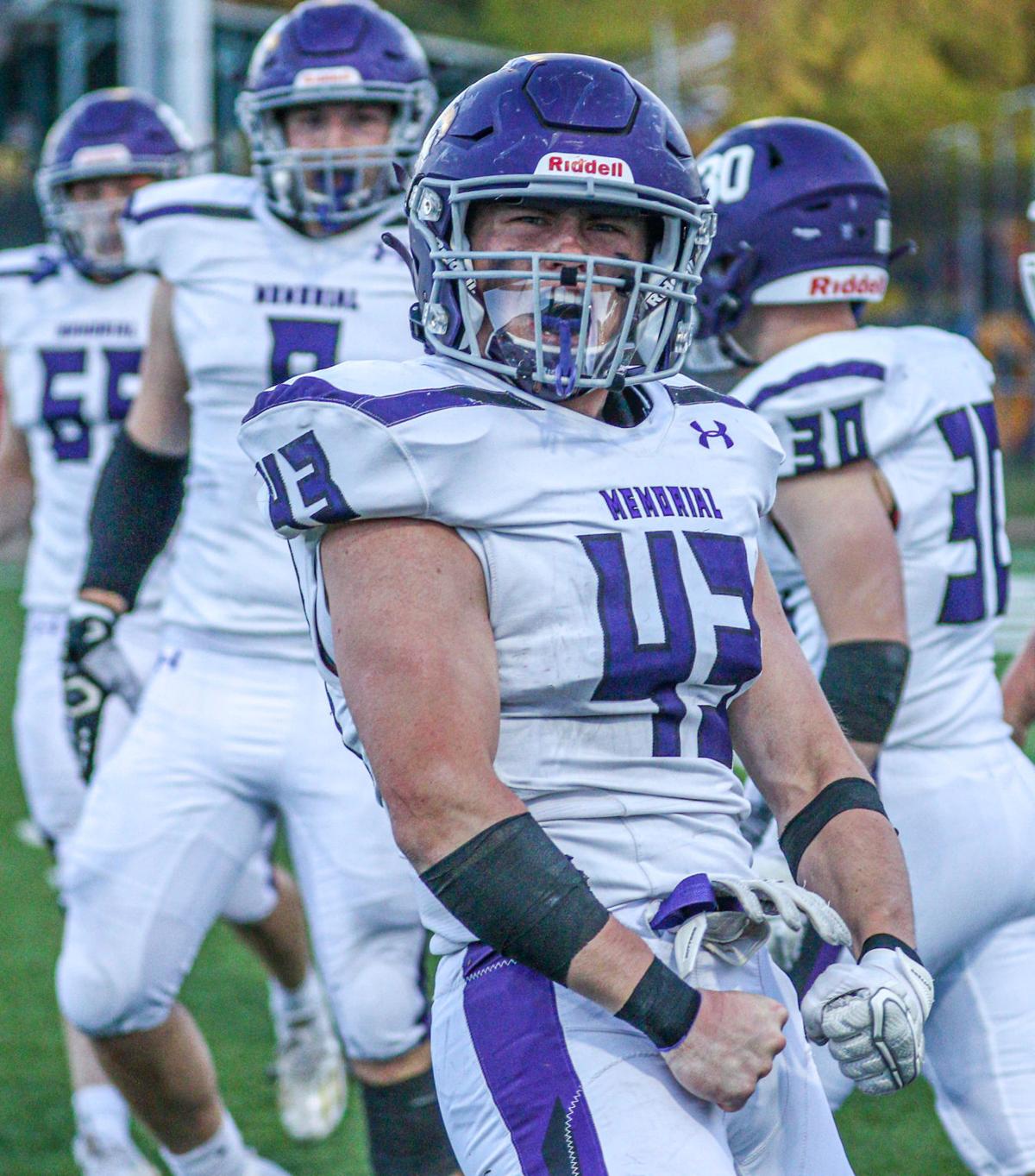 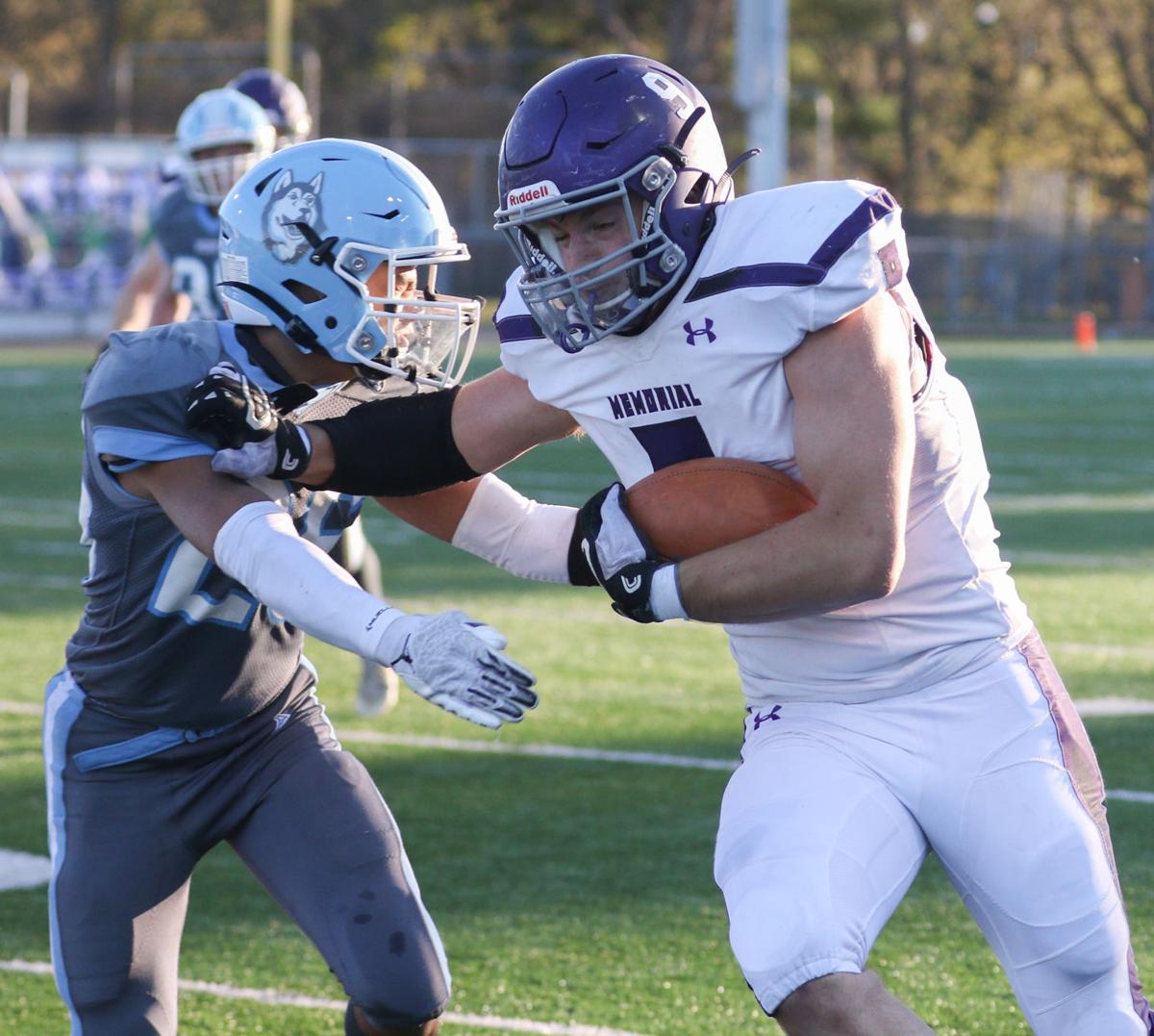 The Eau Claire Memorial football team roared in celebration, leaped for joy and embraced each other emphatically.

Who could blame the Old Abes? There were plenty of reasons to celebrate. In a season unlike any other, they had just crossed the finish line. And they did it with a victory in hand, too.

So when the final seconds had ticked off the clock in a 20-0 win over Eau Claire North on Friday night at Carson Park, emotions were out in full force.

"I'm just proud of our seniors and our program," Memorial coach Mike Sinz said. "With everything that they had to fight through in the last year, and how they ended it, I'm just proud of them and the fight they've shown the past nine weeks in this spring season."

The other sideline felt the same way.

"It was great to be able to give kids that opportunity to have a season," North coach Andy Jarzynski said. "It was certainly a series of adjustments for our kids and our staff, and for the parents and the community as well. But overall I thought the kids came through really, really well. They embraced the differences and the uniqueness of the season, and we were just happy we were able to get a full seven games in."

With a large crowd on hand, the Old Abes and Huskies gave the community a well-played game to close out the spring season.

Brice Wingad rushed for a touchdown and threw for another for the Old Abes, and the limited offense was enough thanks to a strong effort on the defensive side of the ball. Memorial held the Huskies to 145 yards of offense.

And standout defense wasn't just limited to Memorial. The Huskies played their best defensive game of the season, keeping them in the game until the end.

"I thought our defense came out and played really well," Jarzynski said. "Obviously the best game our defense has played all year, and it gives them something really nice to build off of going forward."

Memorial took a slim 2-0 lead after North recovered a fumble in its own end zone for a safety late in the first quarter. Ben Frey added a 27-yard field goal early in the second quarter before Wingad scampered 13 yards into the end zone with 2:17 to go until halftime, putting the Old Abes up 13-0.

The only other scoring came on Wingad's 13-yard touchdown pass to Marco Ebeling midway through the third quarter.

The rest of the way, the two defenses controlled the game.

"That was definitely the best game they played all year," Sinz said of the Huskies. "They played hard, and we knew they would. Those kids are tough. We're just happy to get a win, and a win against North."

It was the closest intracity game since 2015, when Memorial also won by 20.

Reese Woerner ran for 149 yards on 27 carries for the Old Abes, and Wingad added 50 rushing yards.

Perhaps the biggest swing of the game came late in the second quarter. Greenlund connected with Tyson Harvey on a 43-yard pass to get the Huskies deep into Memorial territory, but the Old Abes clamped down and forced a turnover on downs at their own nine-yard line.

From there, Memorial had its best offensive drive of the game. The Old Abes marched down the field on 14 plays, capping it with Wingad's touchdown run to go ahead 13-0.

"We had a hard time finishing drives tonight," Jarzynski said. "We got to a point where we would do some good things, but like we talk about, we've got to keep stacking good things on top of good things. We didn't quite get that done."

Memorial ended the spring season with a 2-5 record, while North finished 0-7.

It was the final game in charge at Memorial for Sinz, who will head to Menomonie next season to take over the Mustangs' program.

"There are so many good people here. It's tough," he said. "You're with these young men for weeks and months, and I'm in my fourth year. They become like sons to you, and they're just great people. That's what I told them after the game."