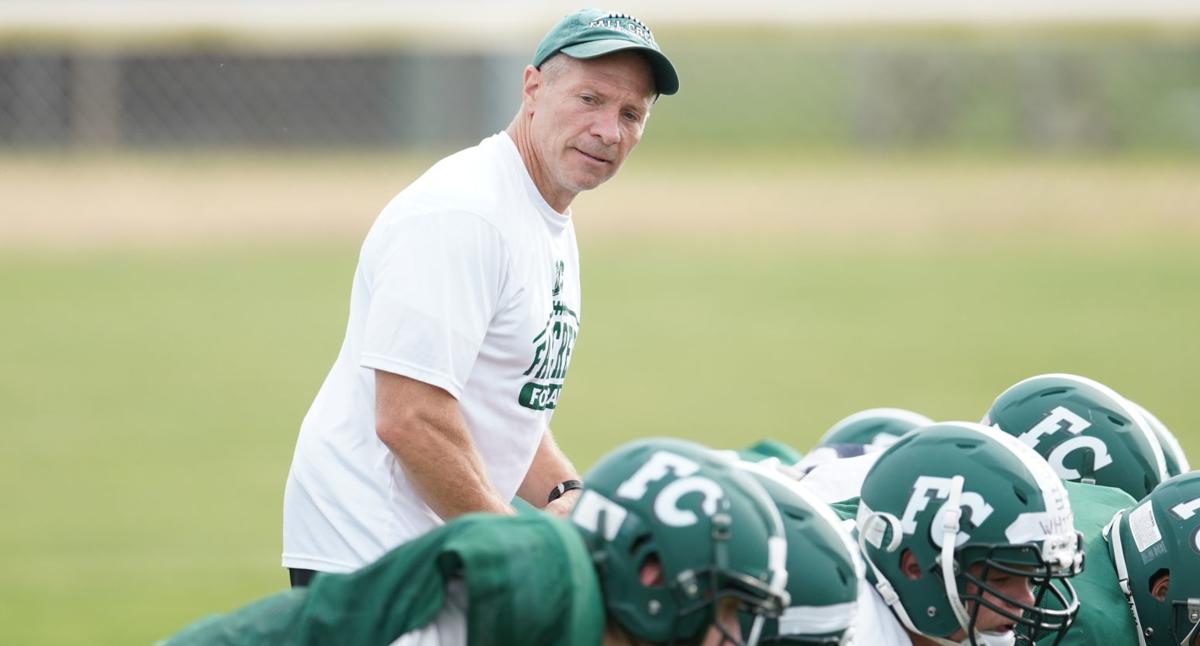 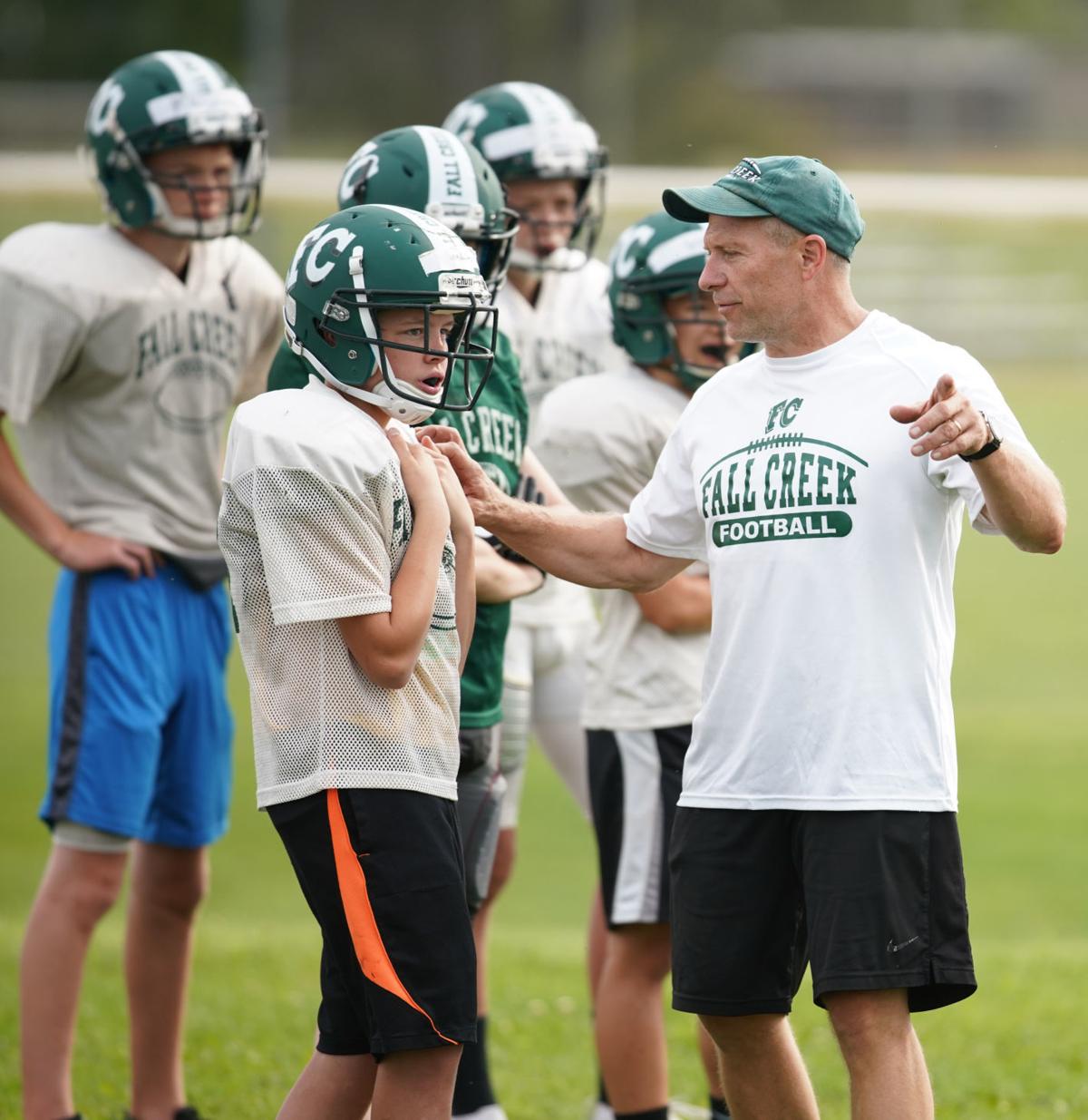 Fall Creek head coach Dean Laube talks with one of his players during the team's practice Saturday in Fall Creek.

Fall Creek head coach Dean Laube talks with one of his players during the team's practice Saturday in Fall Creek.

FALL CREEK — It might be a bumpy year for the Fall Creek Crickets in 2019, but with first-year head coach Dean Laube at the helm, stability should be on the horizon.

Laube is set to become the third Crickets head coach in the last three seasons. He takes over a team that went 4-5 last season under head coach John Goodman, who stepped down in July to take care of his ailing father.

It’s been a busy past few days for Laube, who is learning to deal with his new responsibilities as the Crickets’ head coach. Among those is dealing with a roster that has dwindled to its lowest number in 40 years and has just one returning starter from last year, according to the new head man.

Among those departures is Hayden Goodman, who transferred to Chippewa Falls this summer when his father, John, stepped down as the Crickets’ head coach. Goodman was expected to be the Crickets’ senior starting quarterback in 2019, but now the position is up in the air for Laube, who said he has a few boys competing for the spot.

“Right now we have three boys that are doing a really nice job,” Laube said. “One is a freshman (Ben Kelly). We’ve got a senior (Mason Denning) that decided to come out this year and we’ve got a junior (Riley Wathke) that has been playing quarterback for his career. Kind of a nice mix there right now.”

Regardless of who starts under center, the Crickets plan to be a run-first offense, deploying an option wing T attack, with two backs behind the quarterback.

“They think I’m not serious when I say we’re going to run the ball a lot and we’re not going to practice passing much in practice,” Laube said. “But if we can’t complete (passes) without defenders, I’m not that interested in throwing the ball during the game.”

With former running back Joey Kinderman off to college, juniors Jack Monnier and Brock Laube are likely to handle the bulk of the carries for Fall Creek.

The new offensive scheme, coupled with an inexperienced roster, will likely make 2019 a rebuilding year.

That’s the mentality the Crickets had during their Saturday morning practice.

Laube had his squad practicing option runs and run-pass options during practice, while shuffling in new players to see what worked best.

If the Crickets can learn Laube’s new offense this season, than the future should be bright with a solid group of juniors expected to be back for next season.

“We’re hoping to build a foundation here that we can work up from,” Laube said.