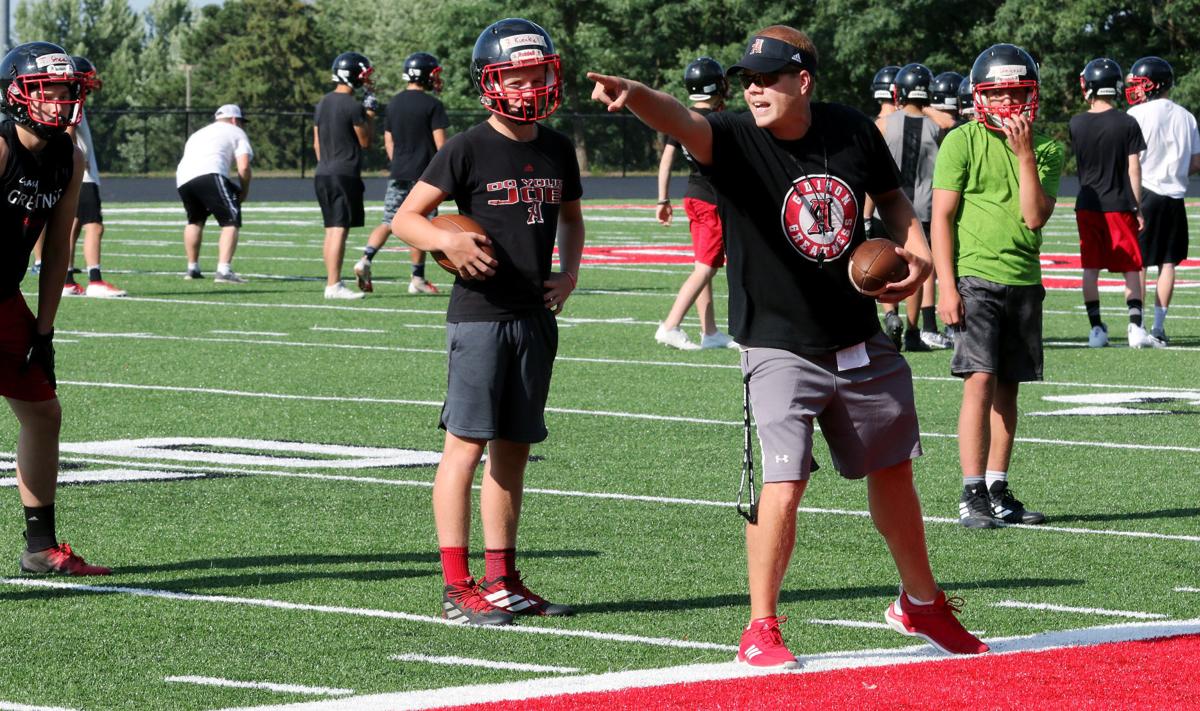 The Altoona football team warms up at practice at Altoona High School on August 6.

The Altoona football team warms up at practice at Altoona High School on August 6.

ALTOONA — There’s no shortage of experience in the Altoona huddle.

For the past few years, the Railroaders have relied on players of all ages to get the job done. Whether he’s a senior or a freshman, any Altoona player on the varsity squad has had the chance to learn what it takes to play football at high school’s highest level.

That steady reliance on youth has bred a group that’s seasoned and aiming to turn experience into results after a few years learning the ropes.

Altoona brings back several starters with multiple years of varsity experience for new coach Chad Hanson. Those players are looking to improve on last year’s 1-8 showing.

“The group coming back is amazing. A lot of good guys, a lot of skilled guys,” senior running back and linebacker Paxton Gluch said. “For sure a talented group. It’ll be fun to play.”

The Railroaders finished in last place in the always-difficult Cloverbelt Conference last season. Improving against one of the state’s toughest small-school leagues won’t be easy, but it’s a challenge Altoona’s willing to embrace.

The Railroaders return a handful of all-conference players who will try to help lead the squad through the gauntlet that is the Cloverbelt.

Altoona’s hoping that those players will provide a core to build around while other guys step into larger roles. If so, Gluch said he thinks the team can compete on a weekly basis.

“There are good teams in the Cloverbelt, but I think we can be right there with them too,” he said.

Hanson has taken over the program following seven seasons at Eleva-Strum, his alma mater. He led the Cardinals to a 36-31 record and four playoff appearances over that span. Over the last five seasons, the Cardinals went 31-19.

Prior to coaching Eleva-Strum, Hanson was the head man for Greenwood/Granton. He guided that program to the 2011 Division 7 state championship.

Now he’ll take on one of his biggest challenges: righting the ship at Altoona.

“It’s all about building trust and getting the kids to understand that we’re here to be a football family first,” Hanson said. “That will result in our success on the field.”

The Railroaders debut a brand new synthetic turf field this year at Oakleaf Stadium. The athletic complex underwent a complete rework over the spring and summer, giving Altoona one of the top facilities in the region.

The home opener is set for August 30 when Cadott comes to town. There will be a grand opening celebration prior to kickoff that night. It’s the first of three straight home games for Altoona.