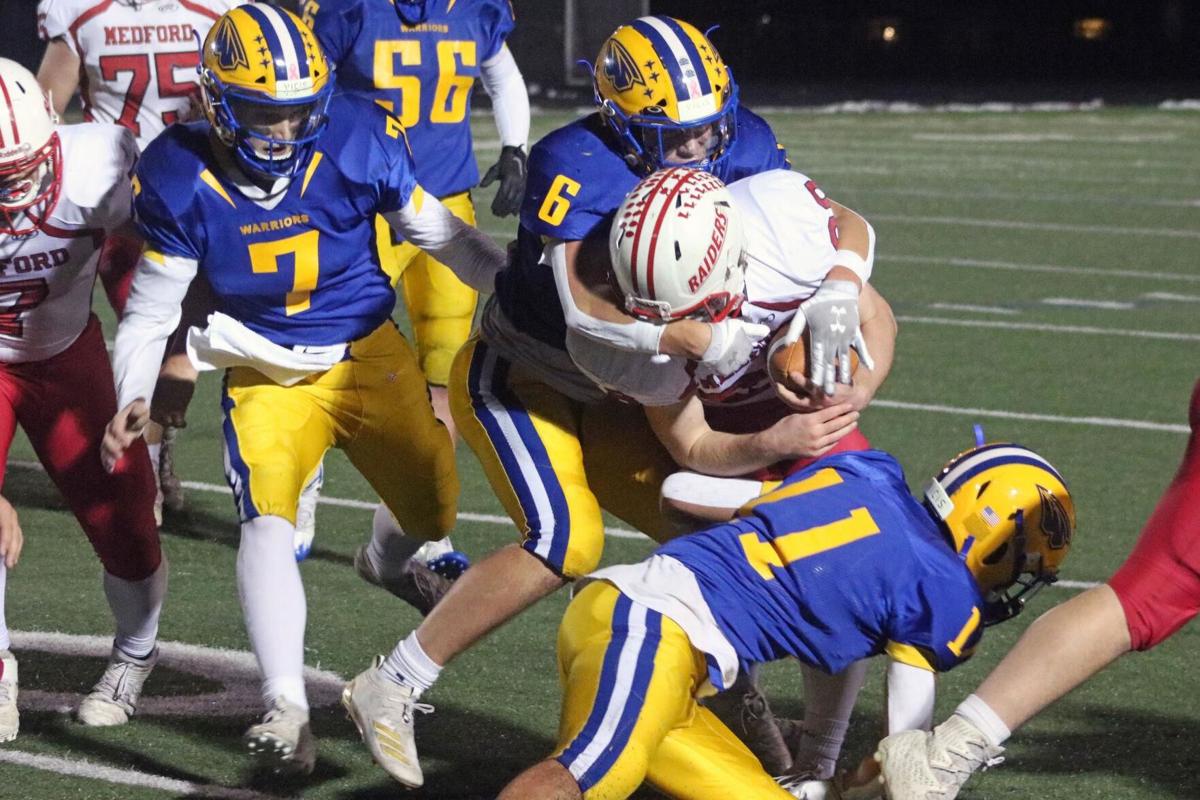 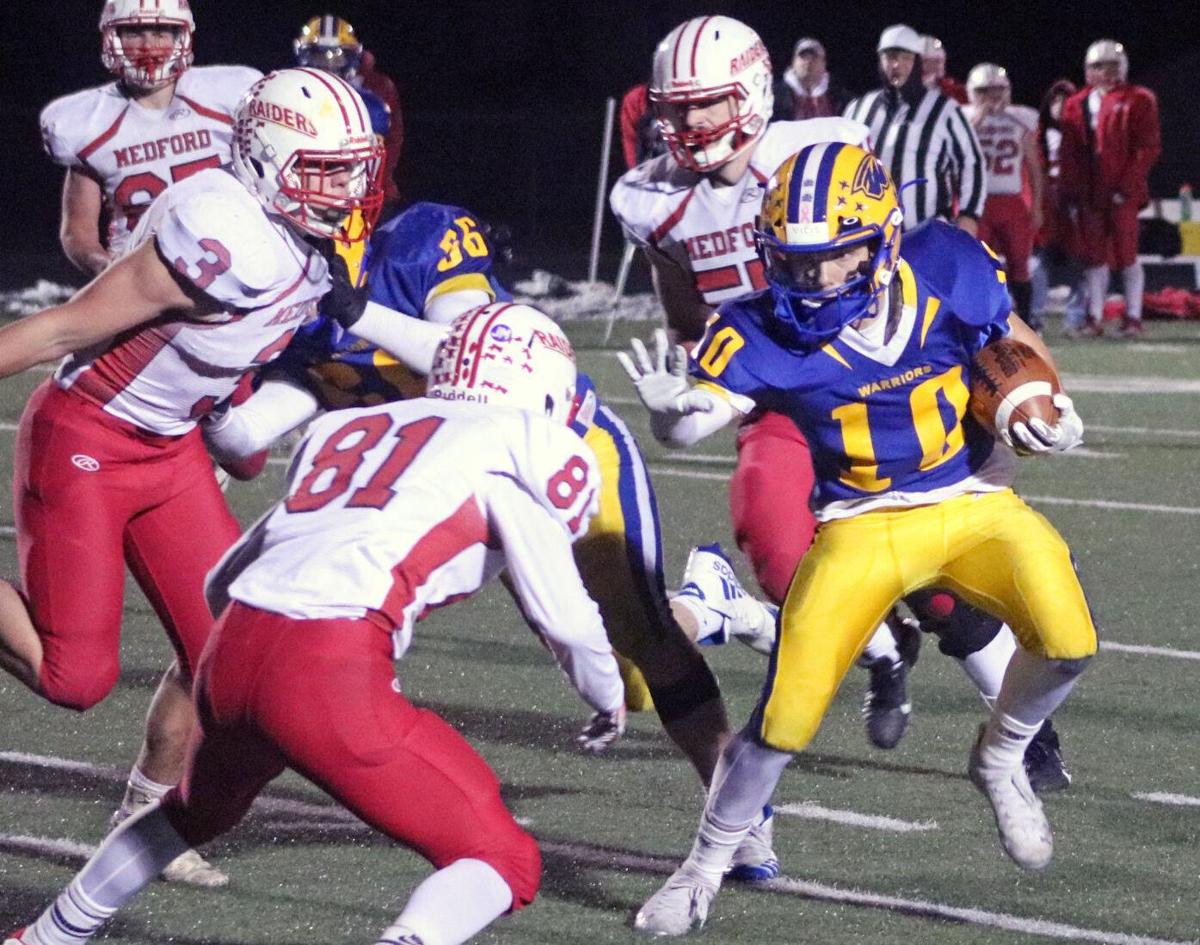 Rice Lake football could play its last season in the Big Rivers Conference this upcoming fall. And it wasn’t due to any request by the Warriors, Rice Lake athletic director Tim Lipke said.

The WIAA realignment task force reviewed an initial proposal last week that would have Rice Lake move from the Big Rivers to the Middle Border Conference. The plan, made up of a combination of proposals submitted by schools from around the state, was advanced to the Board of Control for final approval at its March 5 meeting. If approved, the realignment would take effect for the 2022 season.

“We had never asked to be considered to move out of the Big Rivers,” Lipke said. “I think it was a surprise that another couple of schools came up with a proposal that essentially moves us out of a place that we’re very happy in and we belong in.”

Spurring the move was a request from River Falls, looking to return to the Big Rivers after moving to the Mississippi Valley this fall as part of a state-wide restructuring effort.

River Falls’ argument, detailed in its request, is based upon location. The district proposed a nine-team conference or to have another Big Rivers team move to the Mississippi Valley, as Menomonie, Chippewa Falls, Eau Claire North and Memorial each have a shorter average distance than River Falls has to the schools in the Mississippi Valley.

Lipke provided a letter of support for its return to the Big Rivers in River Falls’ November proposal, as well as for the forming of a nine-team football conference.

He stated that geography must play a significant part of conference alignment in this part of the state.

Hudson’s enrollment of 1,806 is the highest in the Big Rivers.

“We’ve been in the Big Rivers a long time and during that time a lot of teams have come and gone, but Rice Lake has never wavered, we’ve never asked to be moved,” Lipke said. “We’ve learned how to compete in every sport and we’re proud of that.”

If moved to the Middle Border, Rice Lake would have the largest enrollment in that conference. Ellsworth has the second highest enrollment at 509. The Middle Border also features Osceola (505), Somerset (486), Amery (482), Baldwin-Woodville (465), Saint Croix Central (446) and Prescott (422).

In total, the plan could move 20 programs around Wisconsin to new conferences.

Rice Lake football has been a part of the Big Rivers since 1986 after it was moved from the Heart O’ North. Lipke said he understands the need of the task force to address realignment when issues arise such as schools moving to 8-man football or the addition of a new team. He said the task force should focus on the issues that need to be addressed and not concern themselves with unnecessary issues.

“We still have older community members that are sore for the fact that we got moved out of the Heart O’ North,” Lipke said. “I look at this and I just can’t get my brain around why do we need to move? We tried to address what is a need, what is a want. Who needs us to move, because we’re very happy with where we are at, and I think we fit in very well with where we are at.”

Lipke said the district is planning to have representatives at the Board of Control meeting in March to continue to state its position. Until then, Rice Lake is focused on gathering more information that will strengthen its point.

“I think it has an impact on our school culture and the camaraderie that has been developed in this league,” Lipke said of moving football to a new conference. “I think we’re well respected and well accepted. It’s going to be interesting to see what the community response will be. We’re going to fight tooth and nail to stay where we’re at for our programs, and we’re just hoping that people will listen to our concerns and make the right decision.”