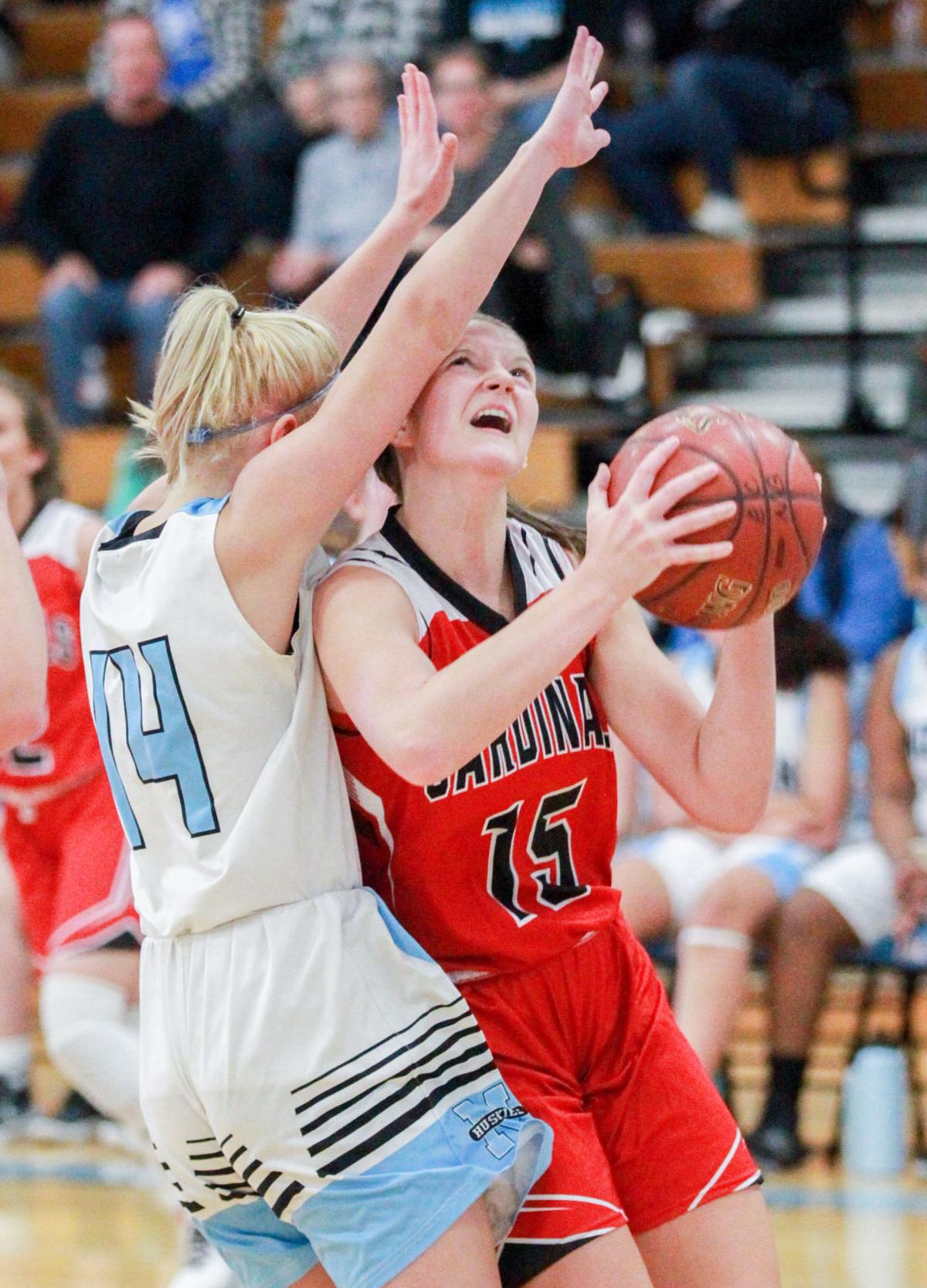 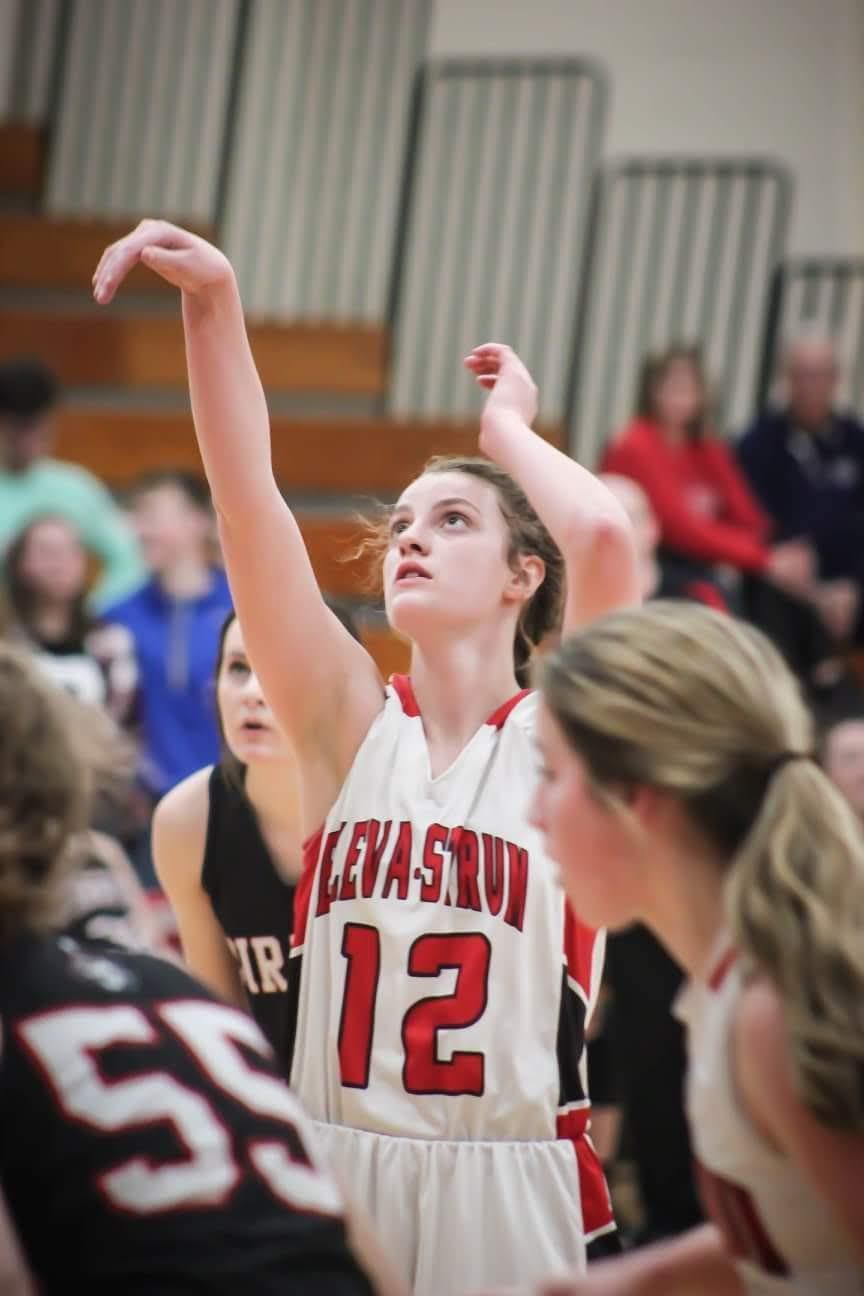 Givens, who will play Division I hoops next year at UW-Green Bay, averaged 15 points, 4.2 rebounds and 3.6 assists per game for the Cardinals. She earned a position on the All-Big Rivers first team for a third time and graduates as Chi-Hi’s all-time leading scorer with 1,574 career points.

Nelson led Eleva-Strum to the sectional semifinals while averaging 16.4 points, 7.2 rebounds and 5.8 assists. A four-time All-Dairyland first team selection, Nelson will continue her career next year at Viterbo of the NAIA.

Strop was the unanimous Big Rivers player of the year after leading River Falls to the conference title. The future North Dakota State Bison averaged 17.6 points, 8.9 rebounds and 4.1 assists per game and was third in the league with 2.5 steals per game.

Dave Donarski first coached his daughter Lexi in a basketball game 14 years ago.

The thought of that luxury coming to an end probably didn’t cross his mind until late this season.

“It wasn’t until the last 10 games, or around there,” the La Crosse Aquinas High School girls basketball coach said. “Then it was like, ‘I only have a month left’ or ‘I only have a week left.’

What the two accomplished together with Aquinas will forever be etched in history, but it received something much more than a footnote nearly two weeks after their final game was called off due to the COVID-19 (coronavirus) pandemic.

The Associated Press has selected Lexi as its girls basketball player of the year, and Dave as its coach of the year after a 25-1 season and 107-3 career with the Blugolds, who qualified for the past four WIAA Division 4 championship games and won two of the three they played.

Lexi, a 5-foot-10 point guard committed to Iowa State University, averaged 24.2 points, 6.9 assists, 5.5 steals and 4.5 rebounds per game for Aquinas, which beat Crandon, 73-42, in a state semifinal — she had 23 points, nine assists, seven steals and five rebounds — before the tournament was halted by the WIAA.

The Blugolds win gave the Blugolds a championship game against Melrose-Mindoro (26-1), the same team it beat for titles in 2018 and 2019.

But even as the postseason awards begin to pile up, they won’t erase the fact that the Blugolds didn’t get the chance to win a third championship.

“The awards are truly a great honor, every single one of them,” Lexi said. “It’s still painful, though, because we didn’t get to finish the year the way we wanted to.

“It’s still really fresh in my head, and this team was really, really close this year. It would have been another game to play with my dad, my sister (Macy) and, the senior class and everyone else.”

“I feel the same as she does with the awards,” Dave said. “I know how badly she wanted to win that (championship) game. It was tough talking to the girls after (the tournament was canceled). It was no one’s fault, but it was tough.”

He was also the state’s coach of the year after Aquinas beat the Mustangs 68-52 for the championship in 2018. This season’s version of the Blugolds won 18 games by more than 40 points and beat eventual MSHSL Class AAA finalist DeLaSalle, 81-30, and three-time defending Division 2 state champion Beaver Dam 53-36.

“He loved everyone on the team and treated everyone equally,” Lexi said of Dave. “It was very special to have that bond with our whole team and with him as the coach.

“We were truly a family.”