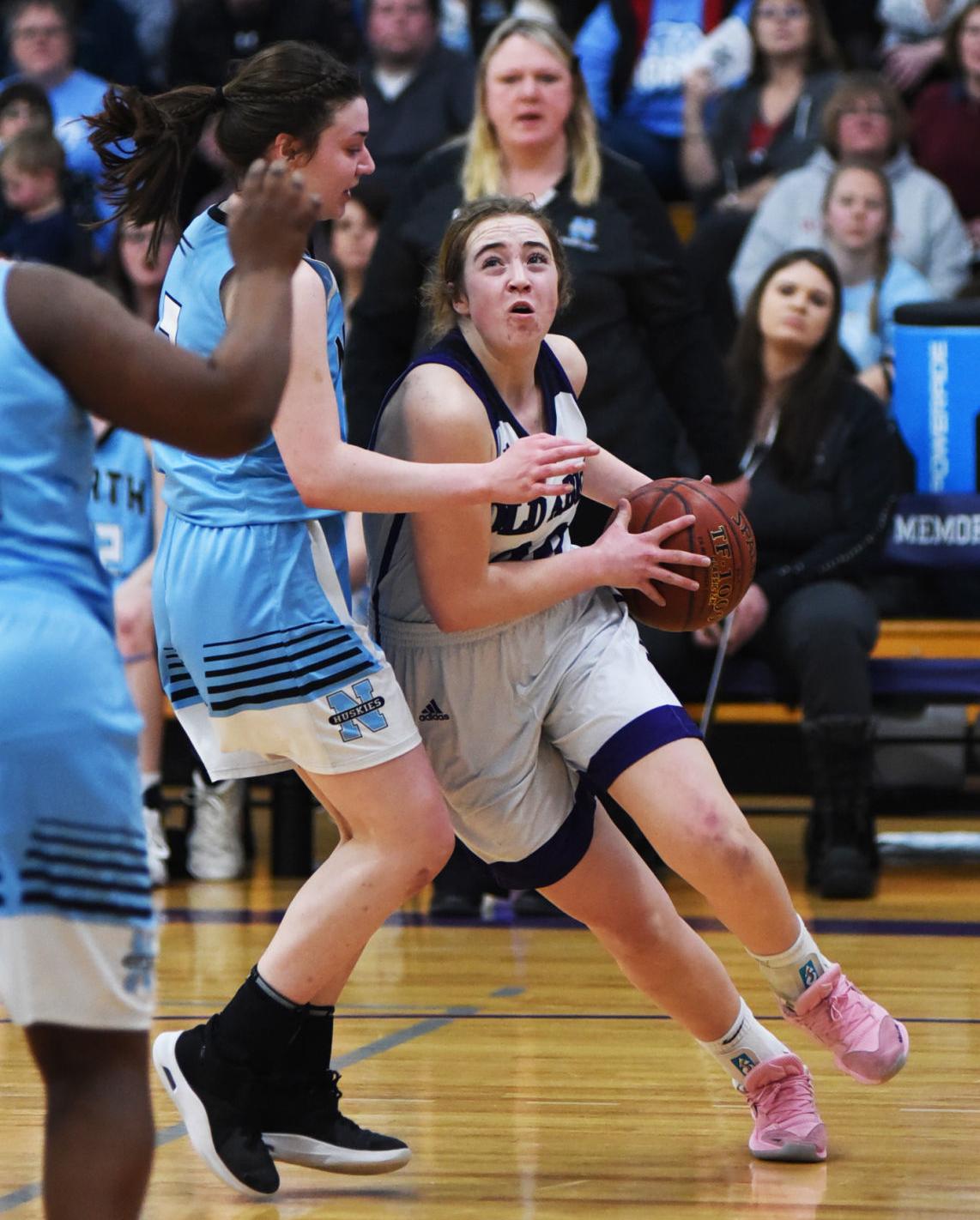 Memorial’s Sydney Brennan looks towards the basket while going around North’s Evie Dreger during their game at Memorial High School on Friday, Feb. 21. 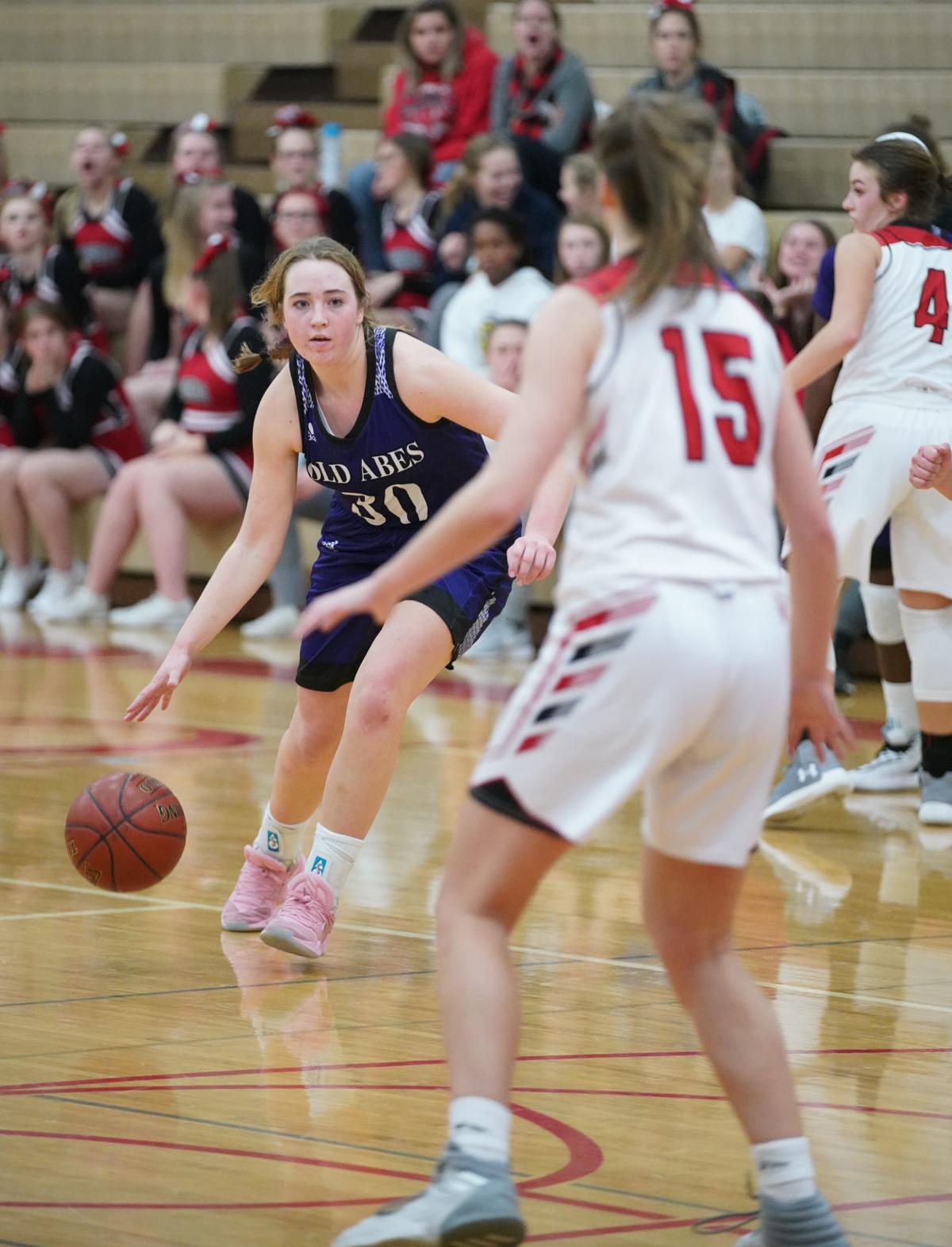 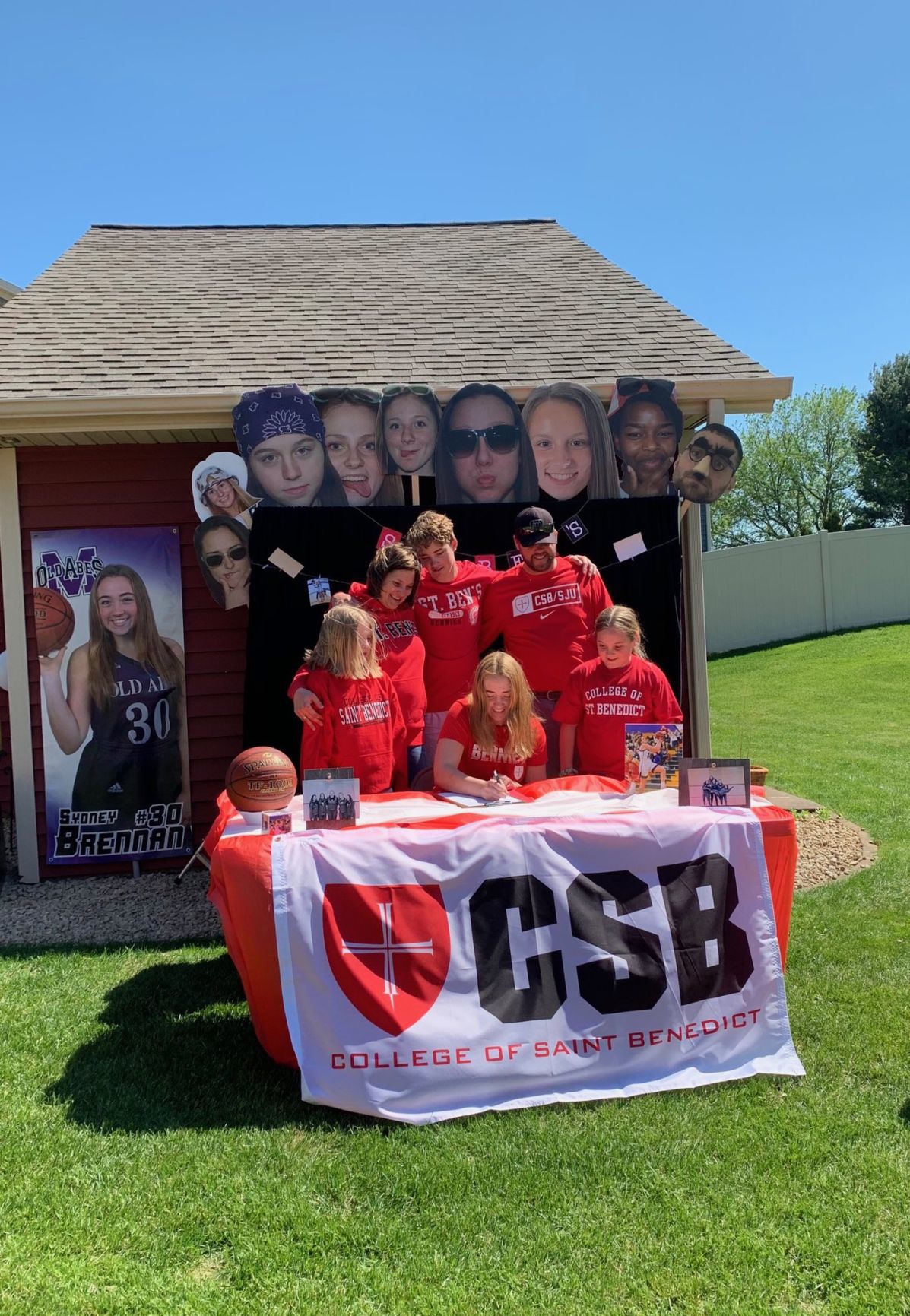 Sydney Brennan signs to play college basketball at St. Benedict at her home on Wednesday.

Memorial’s Sydney Brennan looks towards the basket while going around North’s Evie Dreger during their game at Memorial High School on Friday, Feb. 21.

Sydney Brennan signs to play college basketball at St. Benedict at her home on Wednesday.

Brennan, a first team All-Northwest and All-Big Rivers selection as a senior, announced her de-commitment from Division III Wartburg on Twitter on March 5. Six days later, Rudy Gobert of the Utah Jazz tested positive for coronavirus, slamming the brakes on the sports world and serving as the first domino in the pandemic shutdown.

“I had like six to seven campus visits set up for a few different schools,” Brennan said. “They all got canceled because all the campuses closed. That made it really tricky.”

But Brennan said one coach, St. Benedict’s Mike Durbin, kept in contact with her every day through the process. She felt wanted by the program, which was able to get creative to still bring her to its campus.

“We just had to stay in the car. He called it a parade visit,” Brennan said. “We were on the phone with him and we just drove around both St. Ben’s and St. John’s because they’re partner schools. He took us out for lunch afterwards and we maintained a good six feet apart.”

On April 29, she announced she’ll be playing DIII hoops in St. Joseph, Minn., for the Bennies come next year.

“I was born in Minnesota, my parents were born in Minnesota, born and raised,” Brennan said. “They went to St. Cloud (State), which is less than a half an hour from St. Ben’s and St. John’s. So they would spend their weekends sometimes at college at that campus. So it’s just a very familiar area and felt like home as soon as I drove up there.”

Brennan had a breakout senior campaign, going from an All-Northwest honorable mention as a junior to a first teamer in her final year. She tied for the Big Rivers lead in scoring with 17.7 points per game while shooting 37% from deep.

Brennan’s original commitment to Wartburg came the day before the Old Abes’ first game of the season. She had given herself a hard deadline for when she wanted to commit, notably before starting her senior year of basketball.

“I guess this is good advice for anyone going through the recruiting process, no matter what time and what age,” Brennan said. “I knew about the place, but I think I just rushed my decision. … I realized when my friends started getting accepted into college how excited they were.”

She came to the conclusion that Wartburg, in Waverly, Iowa, was a bit too far away. It would push her three and a half hours away from Eau Claire, something she said would be tough considering her closeness with her mother Melody, and to an area she was unfamiliar with.

It was also a bit small for her liking, with the enrollment hovering around the same size as Eau Claire Memorial.

So she opted to reopen her recruitment, and soon thereafter St. Benedict came calling. Brennan had previously had some contact with the Bennies, but a campus visit had fallen through prior to her Wartburg commitment.

“When I reopened my commitment, (Durbin) got in contact with the Hudson varsity coach and one of their players,” Brennan said. “He asked them about me and he liked what he heard, so he reached out to Coach Fanning.”

Brennan said there’s a sense of relief now that she’s comfortable with her college landing spot. She’s been keeping busy during the pandemic, utilizing her family’s basketball hoop with siblings, doing yoga with her mom and runs with her brother Sam.

She’s staying ready as she prepares to jump to the next level.

“I’m excited for the competition,” Brennan said. “College, you choose to be there. You really have to have the passion to play at the next level. I’m really excited to play with kids that have the same level of passion that I do and play against them.”