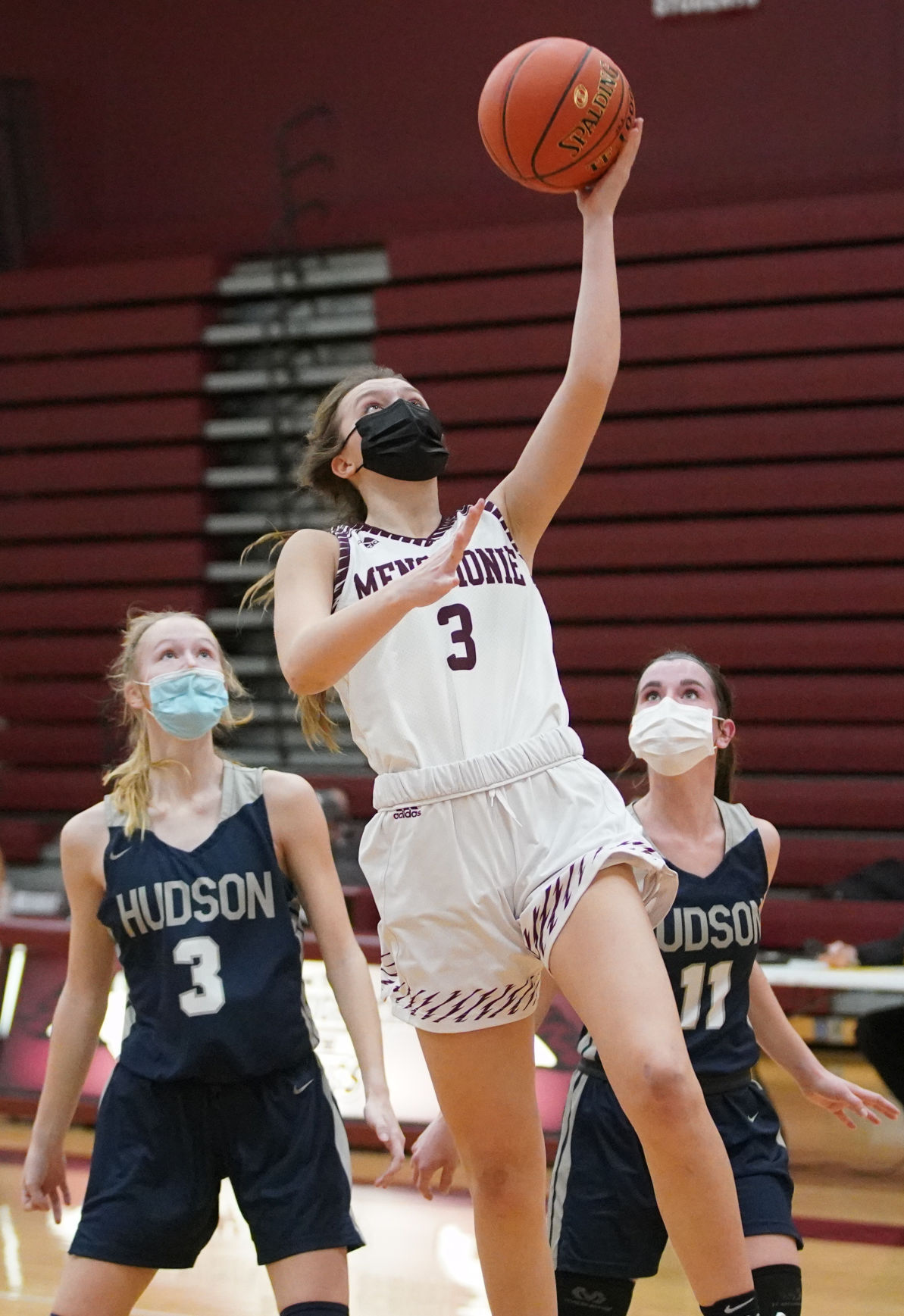 Menomonie's Sammy Jacobsen goes up for a layup during a girls basketball game against Hudson on Friday in Menomonie. 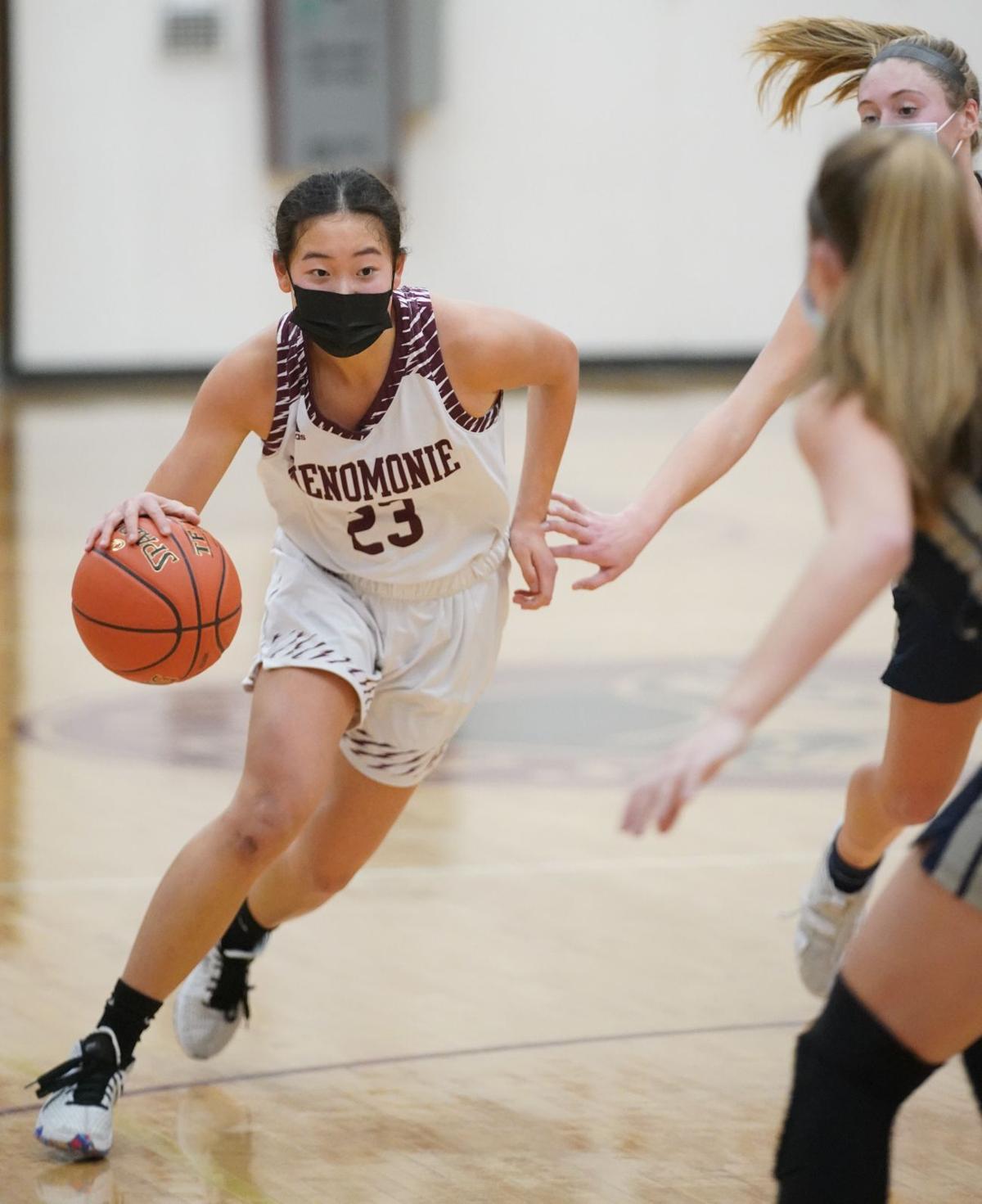 Menomonie's Helen Chen drives to the hoop during a girls basketball game against Hudson on Friday in Menomonie.

Menomonie's Sammy Jacobsen goes up for a layup during a girls basketball game against Hudson on Friday in Menomonie.

Menomonie's Helen Chen drives to the hoop during a girls basketball game against Hudson on Friday in Menomonie.

MENOMONIE — All things considered, things are going about as smoothly on the court as the Menomonie girls basketball team could ask for.

There isn't a ton of experience in the Mustangs' starting lineup — two freshmen, a sophomore and two juniors got the nod in Friday's game against Hudson. But youth hasn't really hurt Menomonie, and the Mustangs' record is proof.

Menomonie sits at .500 on the season, sporting a 4-4 record after falling to the Raiders 59-37 on Friday. It was the first lopsided loss of the season for the Mustangs, even though they're largely learning as they go.

"We're young. You see what we're throwing out there, and to see them battle like that with a team that has a bunch of seniors — that's what we take from it, to see that fight," Menomonie coach Storm Harmon said. "Our girls compete. They don't just do it in games, they do it each day in practice too. I think they see the big picture of what they're trying to do."

When returning all-conference guard Shelby Thornton was ruled out for the year early in the season, the Mustangs had to throw their younger players into action. Freshmen guards Mary Berg and Sammy Jacobsen both started against Hudson, along with sophomore wing Ashleah Quilling.

"They've handled it extremely well," junior forward Emma Mommsen said. "I'm surprised, I think everybody's surprised at how well they've handled the pressure that they're put into. It's really amazing that they can handle all that."

Berg scored a team-high 13 points on Friday. Jacobsen had the next-highest total with six.

The loss to Hudson, in which Menomonie only trailed by five points at halftime, was the first game that got away from the young Mustangs all season. Their other three losses all came by four points or fewer.

"I think it's gone smoothly," junior wing Helen Chen said. "In a lot of our losses, we've been right there. We just need to clean up a couple of little things and I think we'll be fine."

Menomonie has just one senior on the roster in Mackenzie Bird. There's a large contingent of juniors along with one sophomore and three freshmen.

It's a roster that skews to the younger side of the spectrum, but it's growing more confident each time it gets in the gym.

"Obviously at the beginning it was a bit iffy because the younger girls didn't have much confidence," Chen said. "But I think as a team we all collectively came together and brought each other up, brought each other's confidence up. And you can see as we go throughout these games, their confidence has skyrocketed compared to the first game."

The exciting part of getting so much youth in the lineup in the present is it can set the stage for a bright future. That's something the Mustangs are aware of.

"The part that has me excited is that they don't take days off," Harmon said. "And they really do take and absorb what we're trying to teach them really well. To me, as long as I've been doing this, the good teams that we've had that have made deep runs, they're great listeners. They work hard every day in practice and challenge each other. This team has those habits and that foundation laid down, so we're excited to see what happens."

Hudson, still undefeated both overall and in the Big Rivers, got 13 points from Kira Young and ten each from Sophia Jonas and Audrey Hatfield Friday. The Raiders, who top the Big Rivers, moved to 7-0 in conference play.