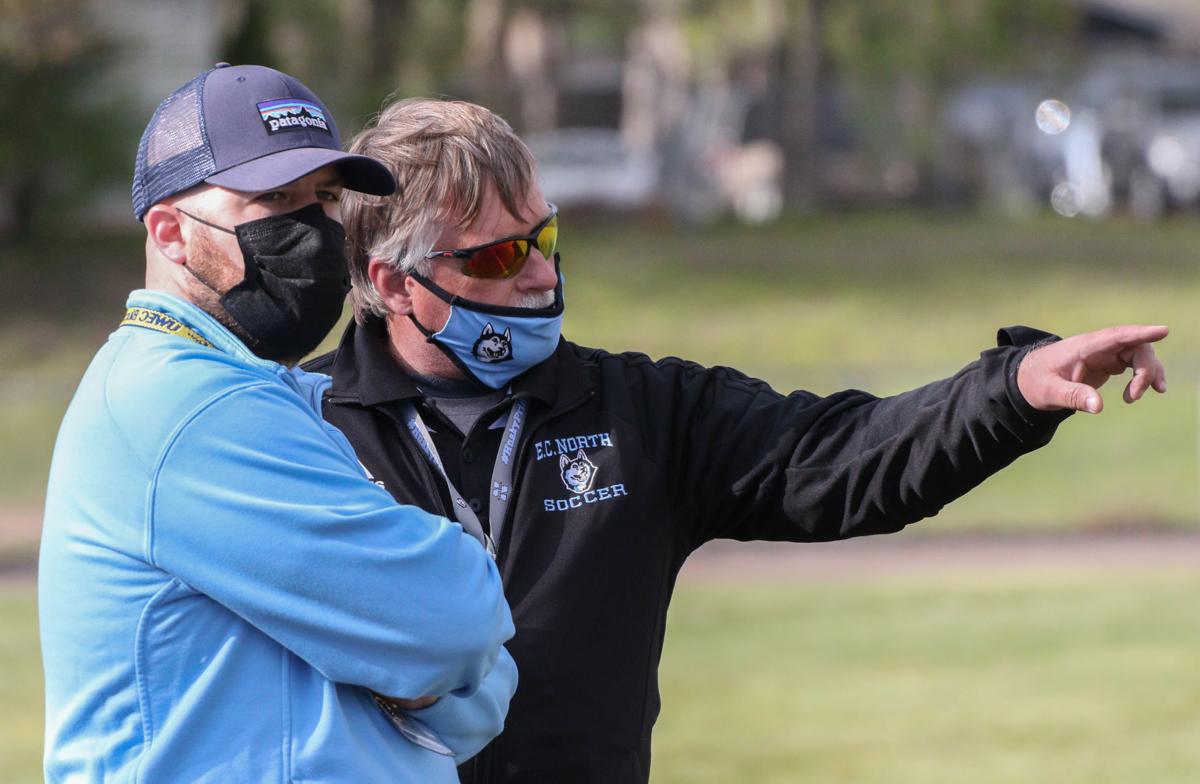 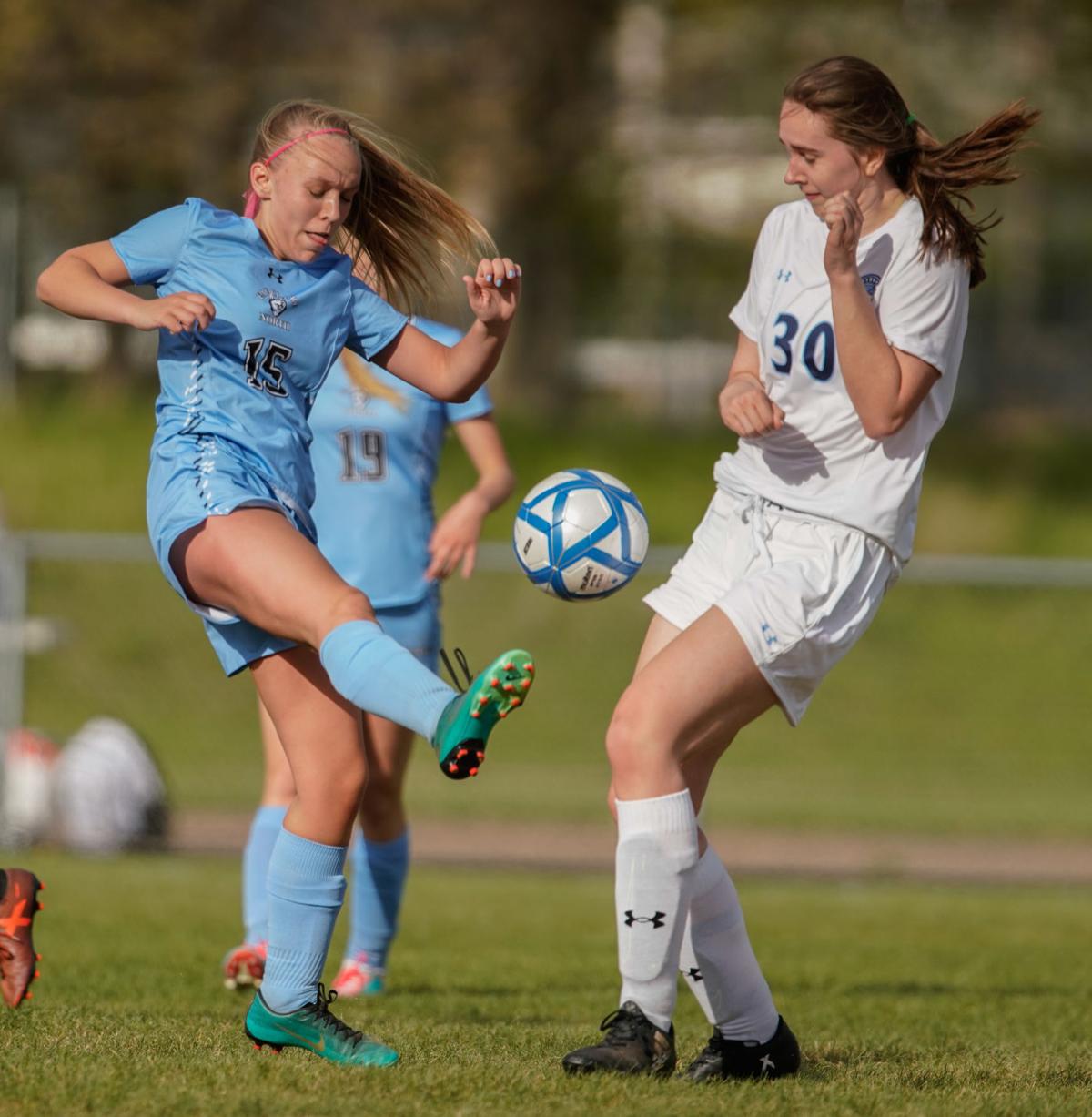 Eau Claire North’s Ellie Knutson and Superior’s Lauren Gunderson track down the ball during a game on Tuesday at North. 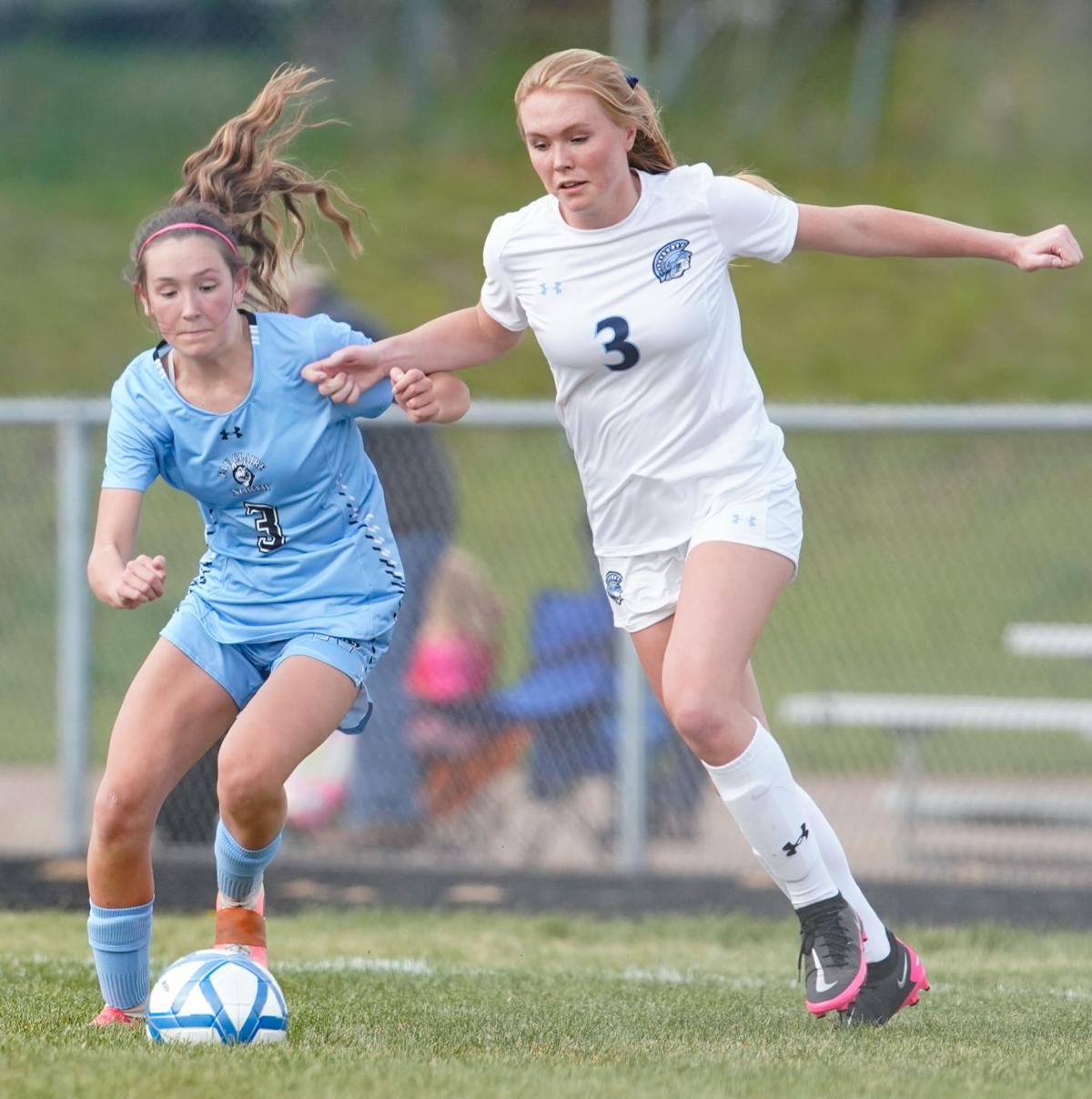 Eau Claire North's Abigail Liddell and Superior's Emma Cooper chase down the ball during a game on Tuesday at North.

Eau Claire North’s Ellie Knutson and Superior’s Lauren Gunderson track down the ball during a game on Tuesday at North.

Eau Claire North's Abigail Liddell and Superior's Emma Cooper chase down the ball during a game on Tuesday at North.

Odds are you don’t want to trade schedules with Terry Albrecht right now. You try figuring out how to fit in coaching four boys soccer games in a week’s span while also assessing girls soccer tryouts and keeping up with your full-time job.

“Last week was OK because I only had two nights I had to work,” Albrecht said. “This week is a 60-hour week.”

For about a month, many in athletics at Eau Claire North and Memorial will have to perform a bit of a balancing act. In order for the WIAA to maintain a close-to-normal spring schedule and fit in an alternative fall season, created for schools like Eau Claire’s that weren’t ready to return to sports amid the pandemic in the fall, some overlap was necessary.

Coaches have worked to make sure student-athletes can participate as much as possible. Kyle Greenlund threw a trio of touchdowns for the Huskies on Friday night, then a day later took the mound for two innings of work for the baseball team. Missed practices are understandable if you’re off with your other team. A few absences shouldn’t throw things off too much.

But coaching two teams at the same time? That’s another challenge entirely, and it’s the bind Albrecht finds himself in as the head coach of both the North boys and girls soccer teams.

As Albrecht was coaching the girls team Tuesday night in their season opener — a 1-1 draw with Superior — boys assistant coach Shawn Eberle was on the other side of the school prepping Albrecht’s other team for their Thursday playoff opener against Appleton North. Even with delegation, he’s putting his pair of knee replacements to the test.

“The last week and a half has been nuts,” Albrecht said.

Considering Albrecht estimated he’s been with the girls for about four hours, there should be no complaints about how game No. 1 went. Freshman Claire Gannon netted the first goal of her varsity career to secure the draw, breaking the ice in the 37th minute before Superior’s Bailey Revering equalized in the 50th.

Halle Steinmetz was able to send Gannon with the pass, and she cut diagonally to the right until she was able to fire the ball to the top right corner.

“I saw Hal early on in the game was giving nice through balls,” Gannon said. “I saw her kind of set up one of those and I just capitalized on the opportunity to get up there. She slid it to me and it was kind of like everything around me paused. I was kind of like, ‘This is the shot.’”

She was one of a handful of freshmen, including starting goalie Elle Peterson, making a major transition exacerbated by last spring’s cancellation. Going from seventh grade to varsity is quite the jump.

“The intensity and the playing level is just that much faster,” Gannon said. “I would say one of my strengths as a player is being able to adapt to that, and I think that’s what helped me today.”

Abigail Liddell had a stellar opportunity to put North back ahead after the equalizer in the 83rd minute, but her free kick rang off the crossbar. North also had a goal called back on an offside.

“We have a lot of nice talent on this team,” Albrecht said. “It’s just a matter of putting it together. We can possess the ball, we have good ideas in the attack. We just have to work on that finishing part.”

Albrecht will get a chance to be at both teams’ practices on Wednesday before traveling with the boys across the state Thursday for the playoff opener. Girls assistant Alex Nicholson will run the show when they return to action that night against Menomonie.

The boys face a tough challenge if the team wants to make sure Albrecht’s schedule stays packed a bit longer. The Huskies will battle an undefeated and top-seeded Appleton North squad while without two members of the team’s back line, Joshua Jahn and Tyler Albrecht.

“We have to go in and play as solid as we can defensively,” Terry Albrecht said. “We have to be very, very mindful of what kind of formation they’re running, make sure we’re making our defensive adjustments right away. We can’t wait until halftime to make an adjustment.”