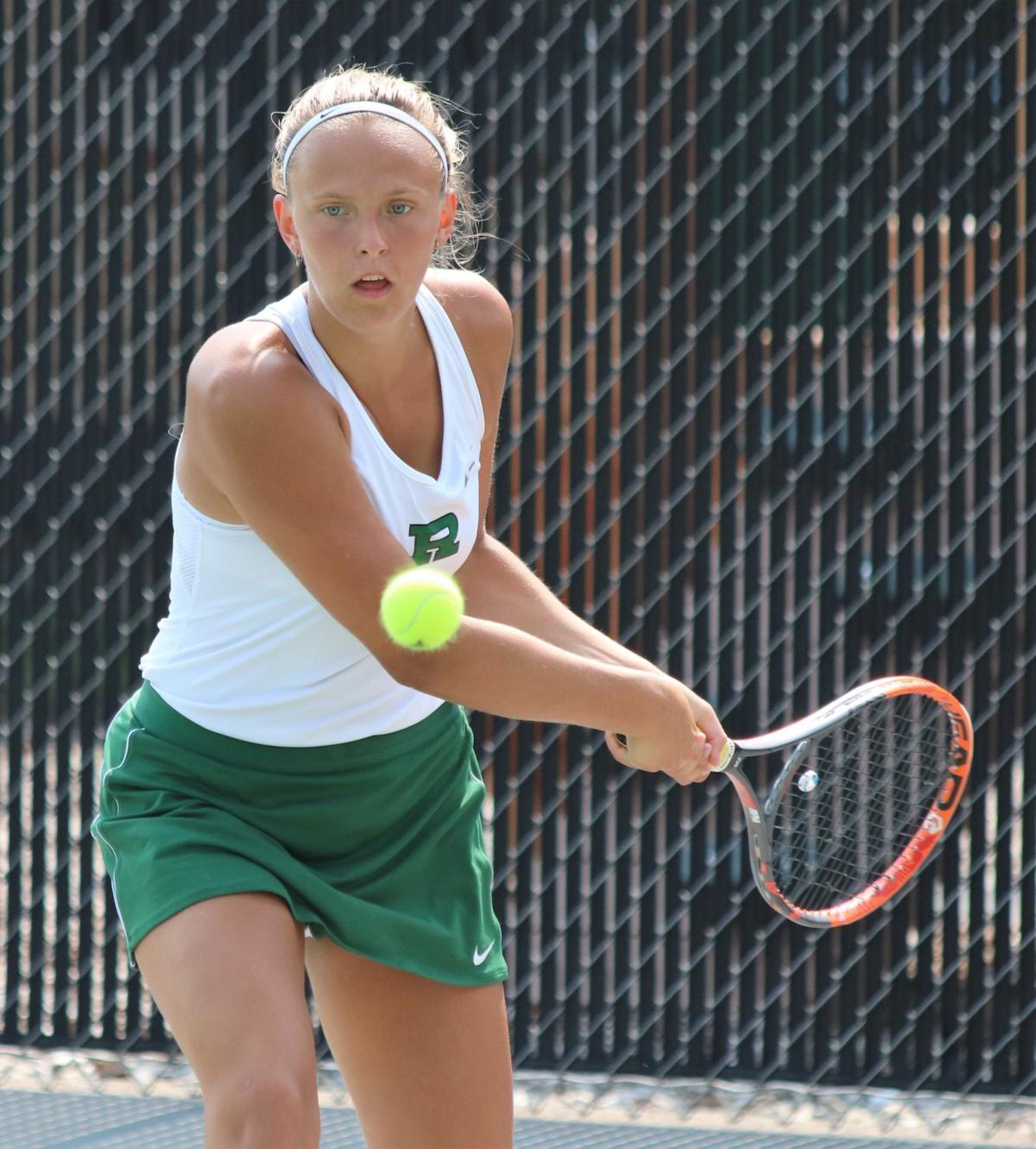 Regis singles player Arianna Smith hits a backhand during a dual against La Crosse Aquinas on Aug. 25 at Regis. 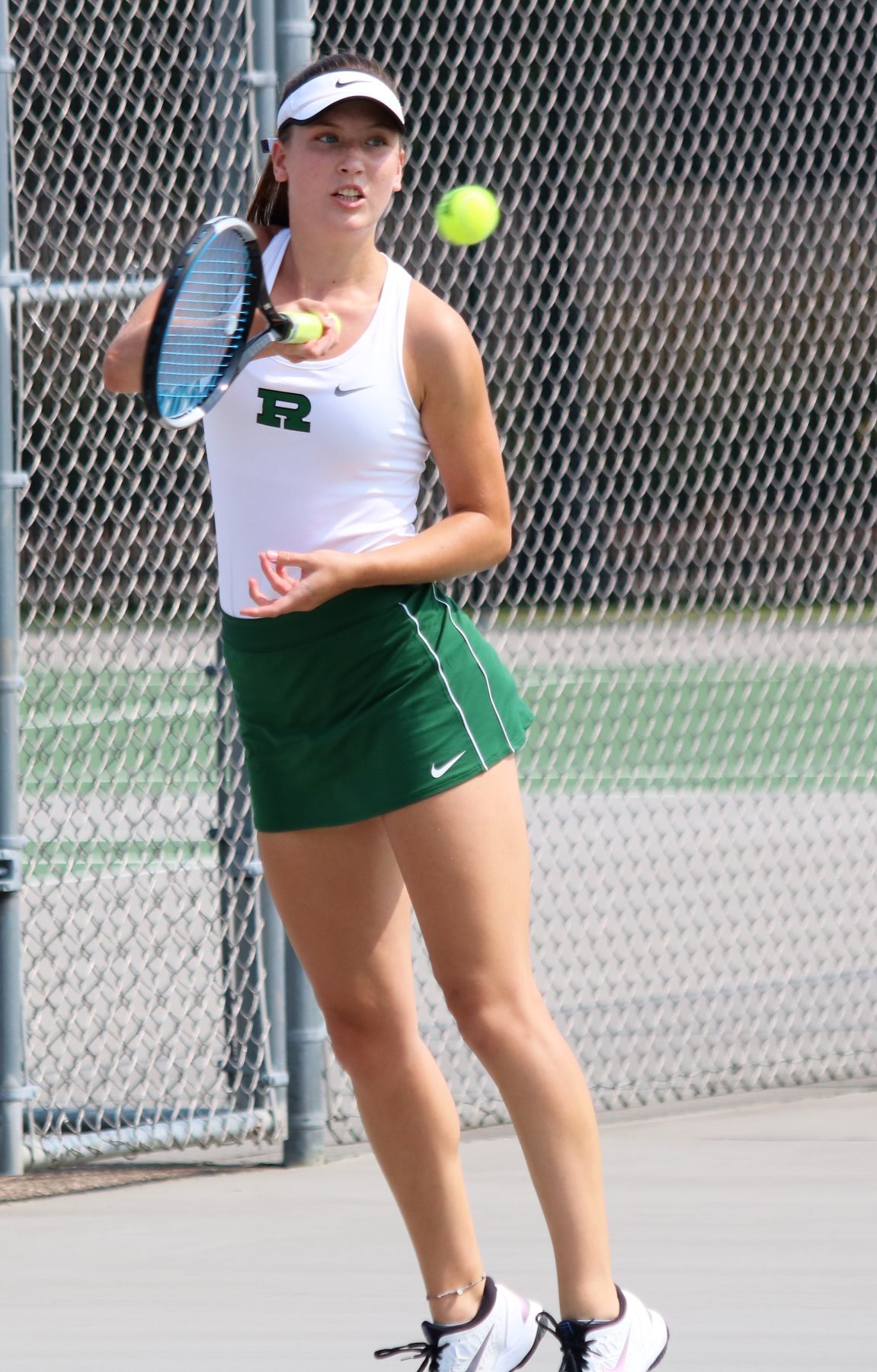 Regis singles player Sofie Merrick hits the ball during a dual against La Crosse Aquinas on Aug. 25 at Regis.

Regis singles player Arianna Smith hits a backhand during a dual against La Crosse Aquinas on Aug. 25 at Regis.

Regis singles player Sofie Merrick hits the ball during a dual against La Crosse Aquinas on Aug. 25 at Regis.

It wasn’t always easy back then.

In the summer, with the cloud of the pandemic hanging over the fall sports season, the Regis girls tennis team struggled with the uncertainty just like countless other teams around the state.

But even though they weren’t sure it would pay off, the Ramblers persisted. The captains organized practices several times per week to put the work in, with hopes that it would maybe lead to success if things went right in the fall.

Now, a few days ahead of their trip to the Division 2 team state tournament, the Ramblers can say it was worth it.

“Sometimes the motivation wasn’t always the highest,” Regis senior Arianna Smith said, “but we as captains did our best to get everyone here in case we had a season. ... Starting the summer, the seniors didn’t even know if we’d have a senior season. And now we’ve made it all the way, and it’s really great that we’ve made it there.”

The Ramblers are the No. 3 seed in the Division 2 tournament, which will be held on Saturday in Kohler. Regis takes on second-seeded Xavier in the state semifinals.

The Ramblers qualified by virtue of their 20-point win in the standings at the Baldwin-Woodville sectional — a satisfying achievement for coach Kyle Seyer to take in considering all the offseason work that went toward it.

“Preparing the way they did all offseason with the captain practices and all summer with the unknowns, attacking it like we would have a season — for them to put that preparation in even without a potential end goal was awesome,” Seyer said.

The work was made easier by a unified team spirit, Smith said. It was easier to show up when there was a genuine desire to be there.

“Our team has always gotten along really well, and we try to be really inviting to the freshmen especially,” Smith said. “And the seniors and juniors, we’ve had the same team for like three years now, and the freshmen have just come in and we’ve all gotten really close.”

It’s helped lead the Ramblers to a second consecutive trip to team state. They’re coming off a solid showing at last week’s individual state tournament, in which Regis’ No. 2 doubles team of Adrienne Morning and Teigan Petersilka reached the Division 2 quarterfinals.

The run from the doubles team, which won two matches before falling, is something that Seyer hopes can give Regis something to build on this weekend.

“The individual tournament, I always look at as a warmup tournament for team state,” Seyer said. “It kind of helps get jitters out, get nerves out for the kids that are participating. ... Our No. 2 doubles can use that as a lot of momentum for them, being able to beat a couple of really solid teams and playing good tennis.”

Regis will face a Xavier team which produced a pair of state runners-up at the individual tournament. Singles player Erika Curtin took second in singles, while Kylie McCormick and Bella Taleon placed second in doubles.

“Obviously their No. 1 singles and No. 1 doubles did very well at state last week, so we’re going to have to play really well and sneak out a few victories to be able to have a chance,” Seyer said. “But I like the kids we’ve got. I know they’ll be well-prepared and confident, and whatever happens, happens. At the end of the day, we end the season on the last day and that’s just rewarding as anything else, especially this year.”

In addition to Morning and Petersilka, Regis got its Caitlin Klink/Evie Shepich doubles team to individual state, along with Smith in singles.

The team state tournament is a different test, with all four of a team’s singles players and all three doubles teams able to compete. Depth is on display at team state.

At the very least, the Ramblers believe they can put their nerves behind them.

“We just have to go into and play, not worry and be nervous,” Smith said. “Some of us, including myself, were a little nervous (at individual state) and that affected how we played there. We just need to remember to have fun and not get too worried.”