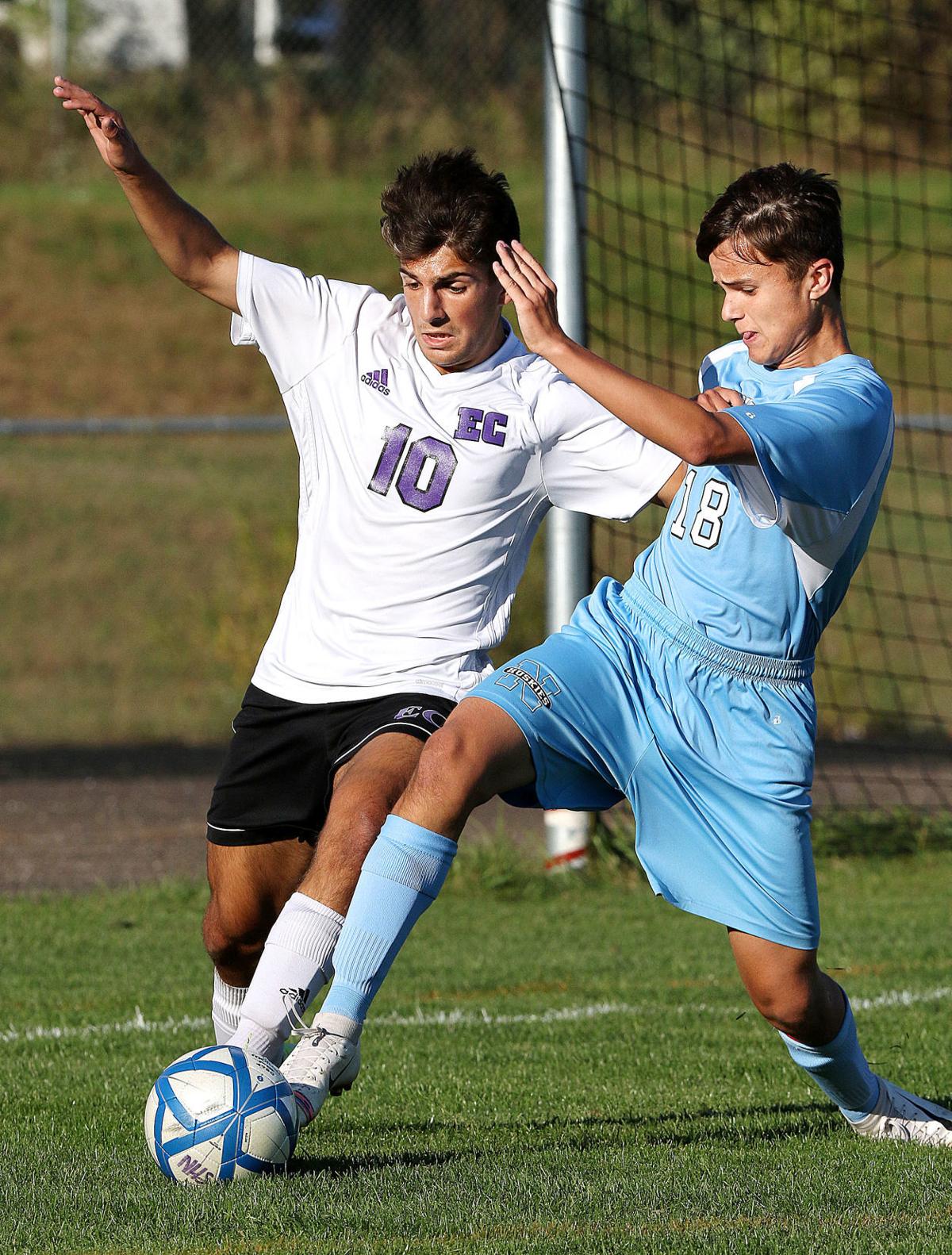 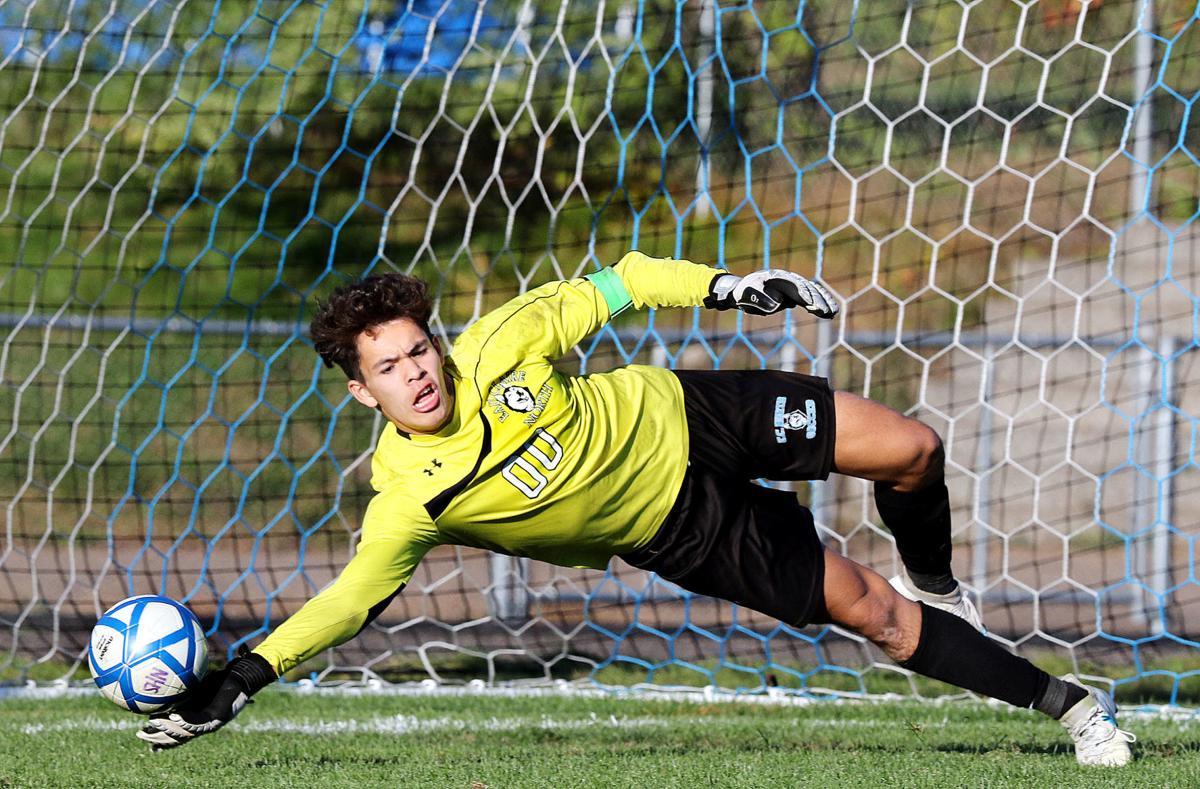 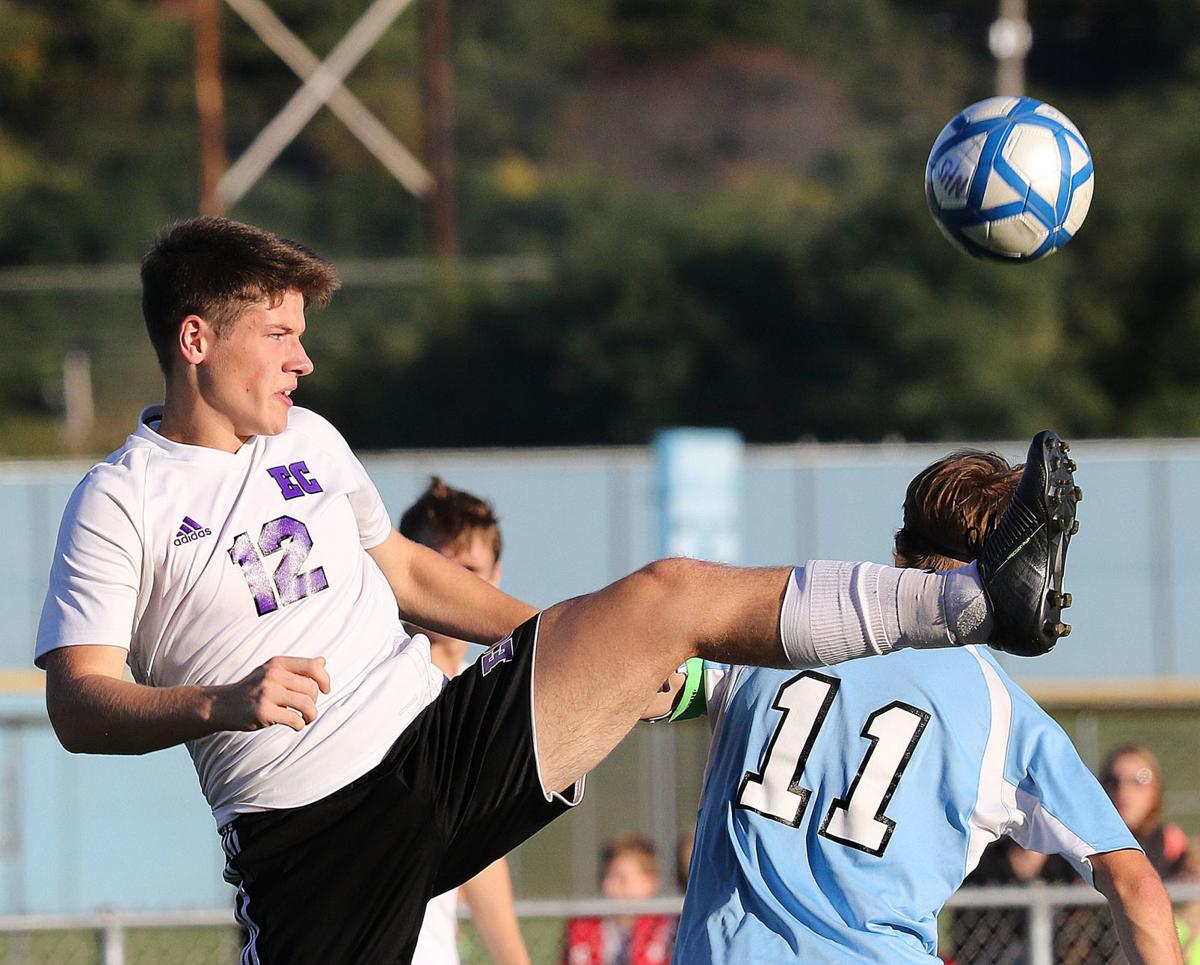 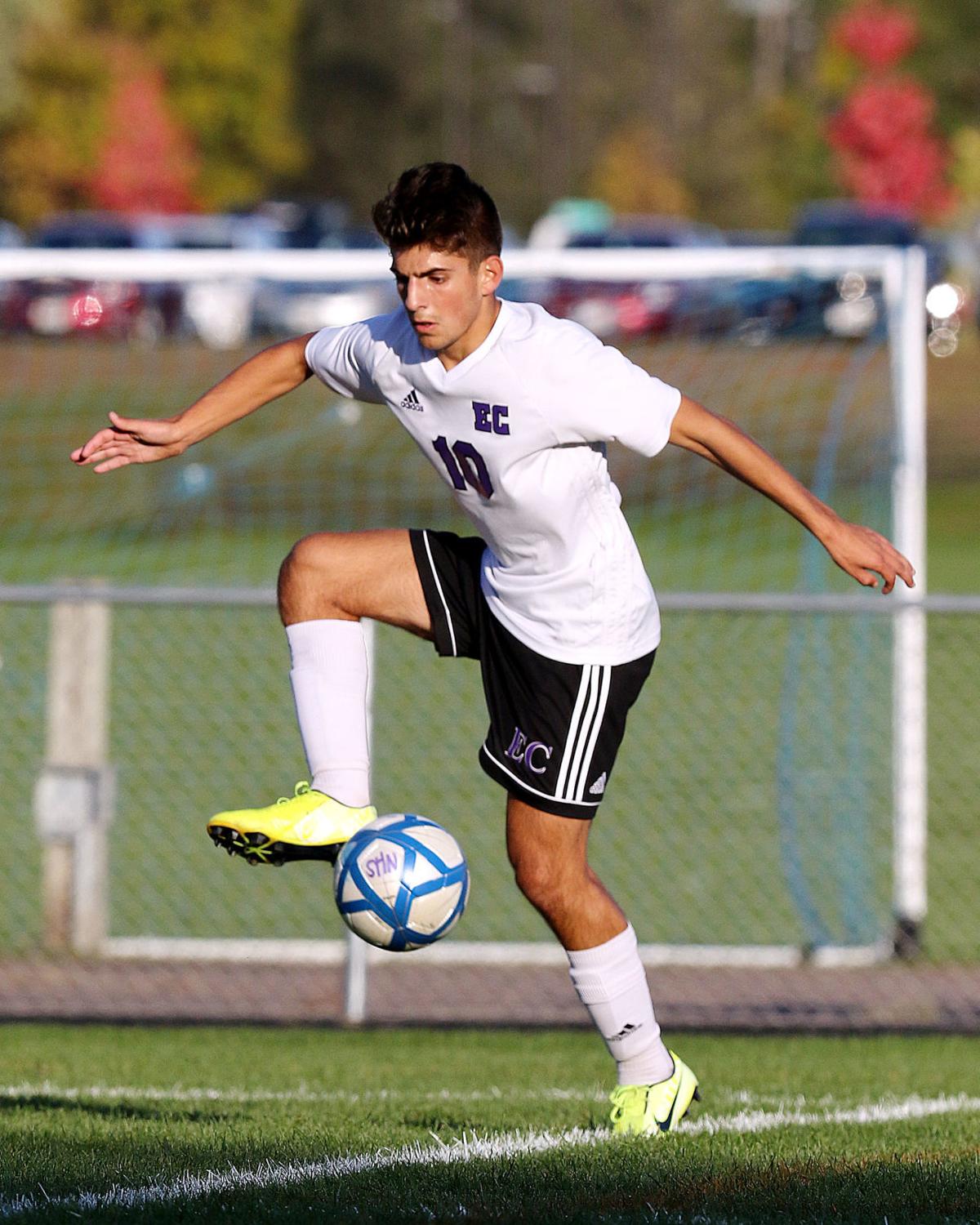 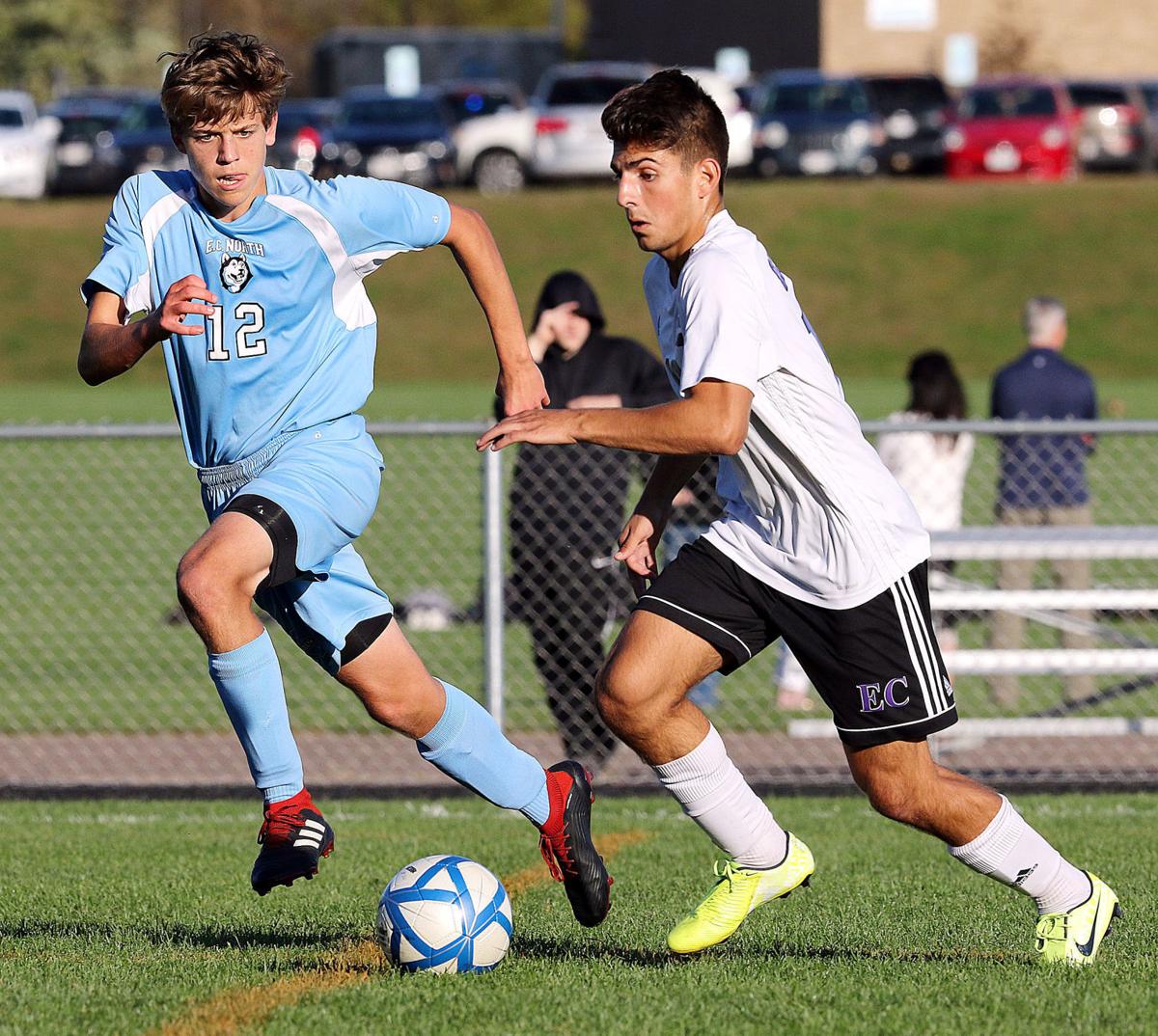 Any frustration caused by missed chances early evaporated by the final whistle. Eau Claire Memorial boys soccer knows any win against its cross-town rival is a sweet one.

“This is a big deal,” Old Abes midfielder Will Jolley said.

Memorial earned four goals in the final hour of play, finally besting North’s impressive keeper in a 4-1 win Tuesday at North to keep the team’s unbeaten record in the Big Rivers Conference.

Eau Claire Memorial dominated possession for much of the game, keeping the Huskies from controlling the ball in the North attacking third until the 18th minute. Despite chance after chance, the Old Abes weren’t able to piece things together. Players either put the ball into a clearable area, missed the net or saw North goalkeeper Ayden White get the better of them.

White made 12 saves on the day, including three sprawling stops with his outstretched hand.

“In my mind Ayden’s the best goalie in our conference,” North coach Terry Albrecht said. “He keeps us in games that we have no business being in.”

“We were putting them in the low corners, which is what we were trying to do,” Kite said. “And he was getting across. He pulled off probably five or six goal scoring opportunities.”

With each failed opportunity, the tension started to build.

That’s when the Abes got a goal from Junker, an unlikely source as the team’s center back. He was able to dig the ball out of a scrum in the box and fire a shot into the left corner in the 36th minute.

“It just deflected out and I had a perfect chance to put it in the bottom corner,” Junker said.

The goal helped open the floodgates, as three minutes later Jolley put Memorial up 2-0 off a cross from Ryder Woodworth.

“To go in 2-0 at halftime, that really kind of settled the boys down,” Kite said.

The more-relaxed Abes found the net twice more in the second half, with Luke Rosenberger bending the ball into the net in the 49th minute and Garrett Woodford heading in a cross from Will Whitis in the 64th.

Memorial began pulling starters late in the game and North took advantage by winning more 50/50 balls and going on offensive runs. The late Husky push culminated in a goal from Ben Madison, who corralled the ball from dead center thanks to a poor defensive header and scored in the 80th minute.

“Anytime you score against a qualify opponent it’s uplifting,” Albrecht said. “It will give the kids something to put their hat on.”

Memorial’s Lui Shi Xiong, who transferred from North for this season, left the game in 64th minute after going down with an injury. He was able to get off on his own and didn’t need to return to action due to the score.

The win kicked off an important week for the Abes, who play top conference foe Hudson on Thursday. The Raiders, who bested Rice Lake 4-1 on Tuesday, sit in a tie with Memorial atop the Big Rivers at 7-0-1. The teams played to a 1-1 draw in their first meeting in Hudson.

“I’m obviously feeling good,” Kite said of his outlook. “We’ve got to like our chances. It was a great battle in (Hudson). It was hard to say who was the better team. Both teams played well, a classic high school game.

“I definitely think momentum is on our side, and we’re improving too.”