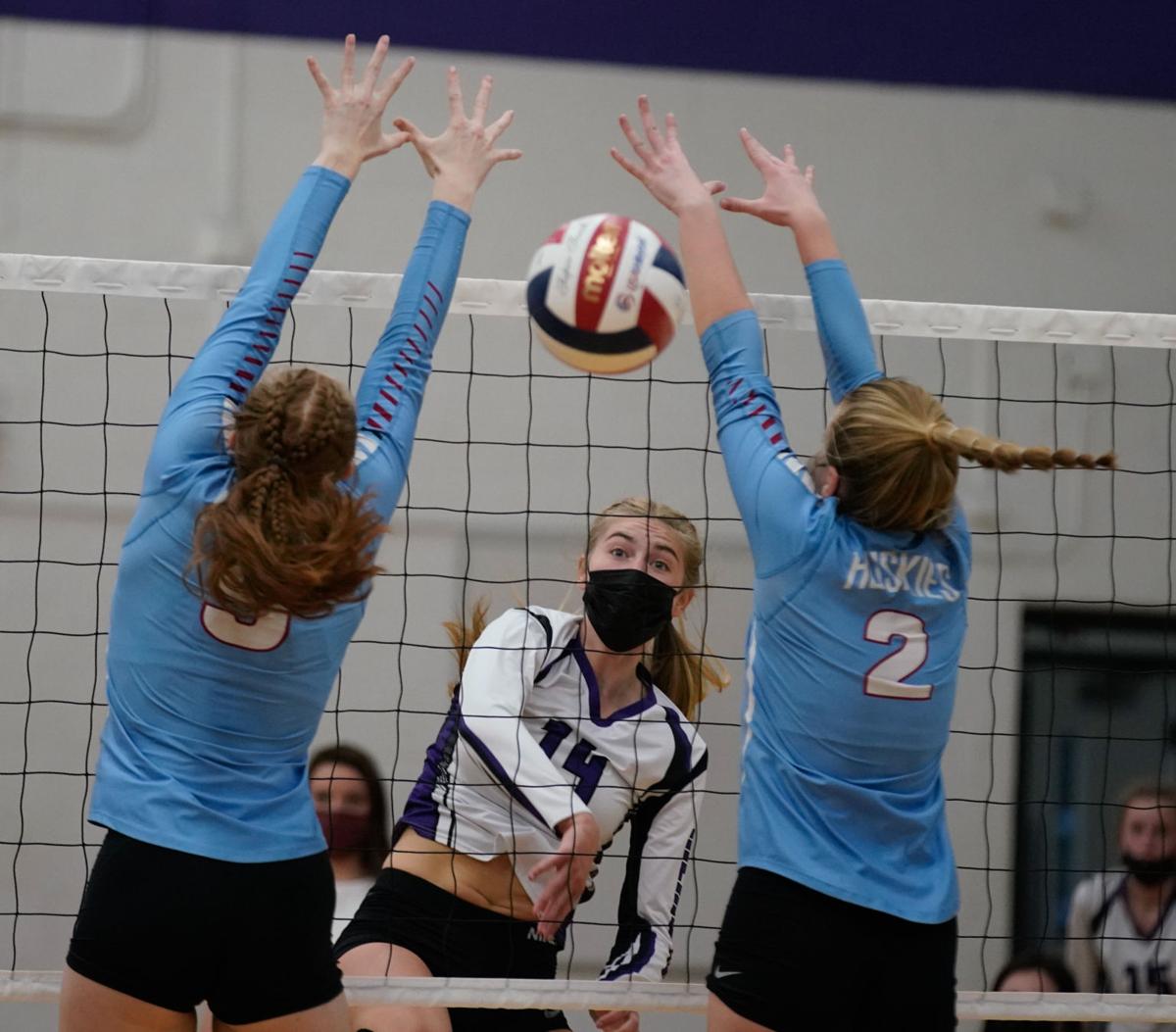 Eau Claire Memorial’s Kayla Sorensen sends the ball over the net during a match against Eau Claire North on Monday at Memorial. 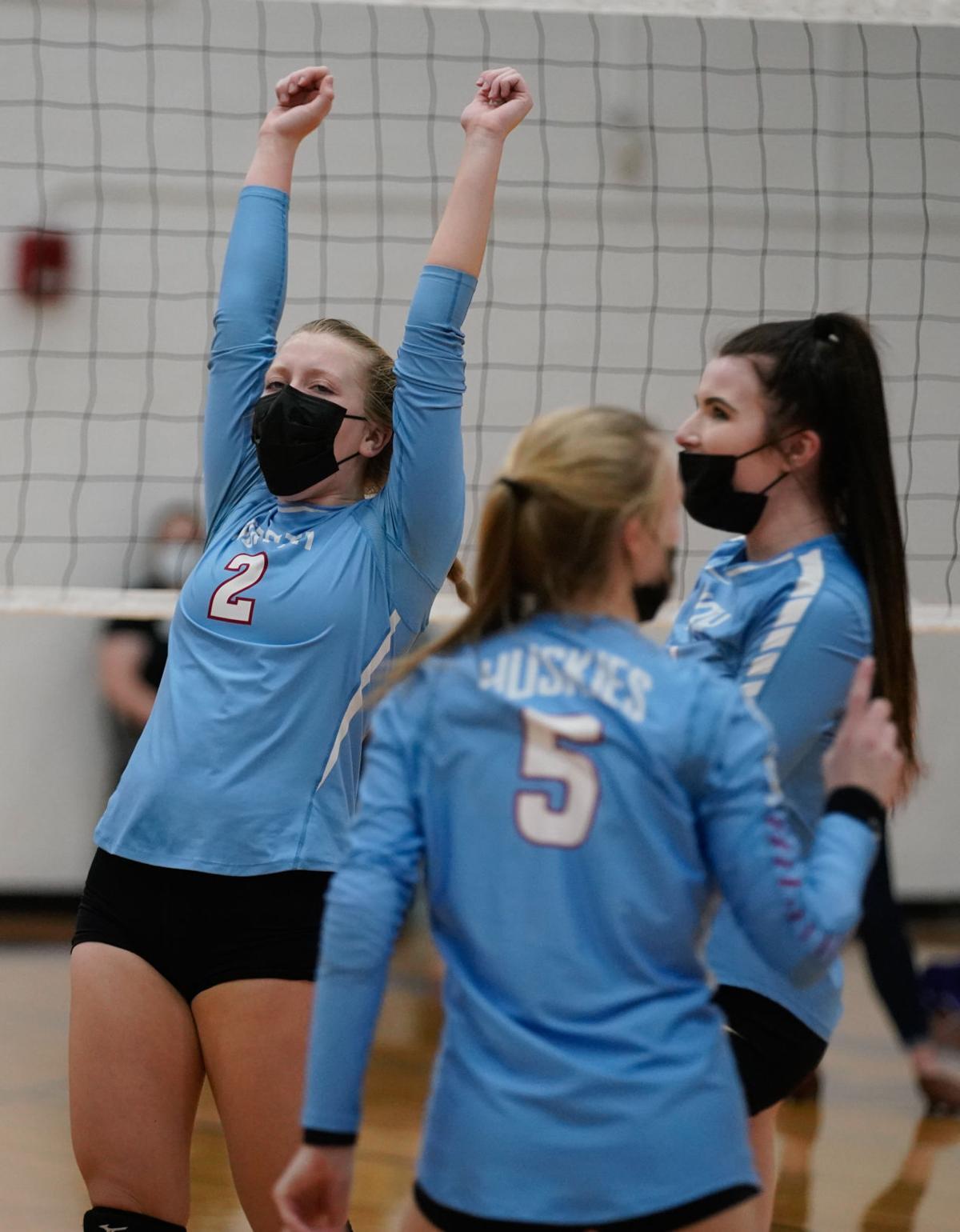 Eau Claire North players celebrate during a match against Eau Claire Memorial on Monday at Memorial. 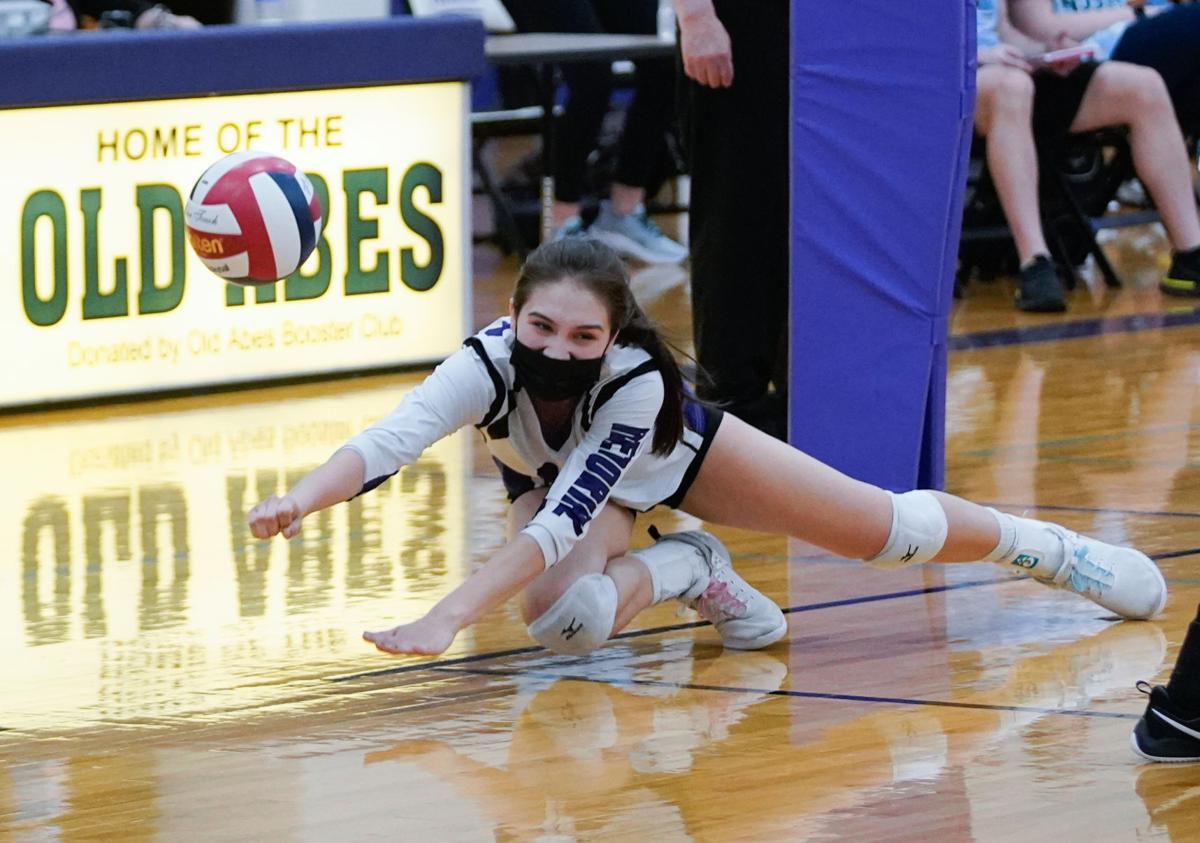 Eau Claire Memorial's Sofia Esparza dives for the ball during a match against Eau Claire North on Monday at Memorial.

Eau Claire Memorial’s Kayla Sorensen sends the ball over the net during a match against Eau Claire North on Monday at Memorial.

Eau Claire North players celebrate during a match against Eau Claire Memorial on Monday at Memorial.

Eau Claire Memorial's Sofia Esparza dives for the ball during a match against Eau Claire North on Monday at Memorial.

If Monday’s matchup was any indication, the Eau Claire North and Eau Claire Memorial volleyball teams will be in for quite a battle when the playoffs get underway.

The Old Abes won a five-set thriller 3-2 over the Huskies on Monday at Memorial, gaining the final edge in a match which was neck-and-neck the entire way.

With a rematch set for the opening round of regionals on Saturday, the stakes in the intracity rivalry are about to get even higher.

“It gives us a lot to think about, and a lot to work on,” Memorial coach Juliana Nichols said of the victory. “I think it gives us a little bit of a confidence boost, but it keeps us humble too. That’s a good thing.”

Whenever one squad made a run, the other had an answer. Whenever one gained a foothold by winning a set, the other picked things up and evened the score.

Memorial needed to rally after dropping a nail-biter of a first set, 26-24. They did so, but another close set — the second finished 25-23 in the Old Abes’ favor — continued to set the tone for the night.

The only blip on the radar was the third set, which Memorial took 25-16. The Huskies rose right back, turning a 16-7 deficit in the fourth set into a 26-24 victory.

“It was an up and down battle,” North coach Kendra Pagel said. “We’ve played better, but there were really good moments in this game that I was really proud of my girls for. We stuck with it and brought them to five when we could have laid down in that fourth set.”

“It was definitely a roller coaster, but I think it really showed how mental the game is,” Memorial junior Maja Anderson said. “We lost the first set, but then were able to come back with the next two. Our team had to come together and fight, so I think it really brought out the best of us in the mental aspect of the game.”

Maya Gustafson had 14 kills for the Huskies, and Lauren Schroeder tallied 33 digs.

It was a marked improvement in the series for the Huskies, who fell in straight sets the first time the teams met this season. Pagel said the Huskies have had to battle some absences, but are starting to put things together. It’s showing on the court.

“We’re kind of on an upward trend right now,” Pagel said. “We’ve had some battles go against us this season, so it was nice to finally have our full team out here tonight.”

A rematch is right around the corner. The playoffs begin Saturday, with all the action in each respective regional taking place at one site over the course of a day. Second-seeded Memorial and third-seeded North will square off in a regional semifinal in Stevens Point at 4 p.m.

“We’ll have to start over clean, but we’ll look at a lot of film to see our strengths and weaknesses,” Anderson said. “We’ve got to stay aggressive throughout the whole game.”

The winner moves on to face the victor of the other semifinal between No. 1 Stevens Point and No. 4 Superior in the regional final at 7:30 p.m. The winners of each regional will be re-seeded prior to sectionals.

It’s a format the WIAA used at the volleyball state tournaments in the fall. It keeps everything centralized in a single environment amid the pandemic.

“It’ll be interesting,” Nichols said. “It’ll kind of give us that tournament feel, which I think will be good, but hopefully not too tiring.”