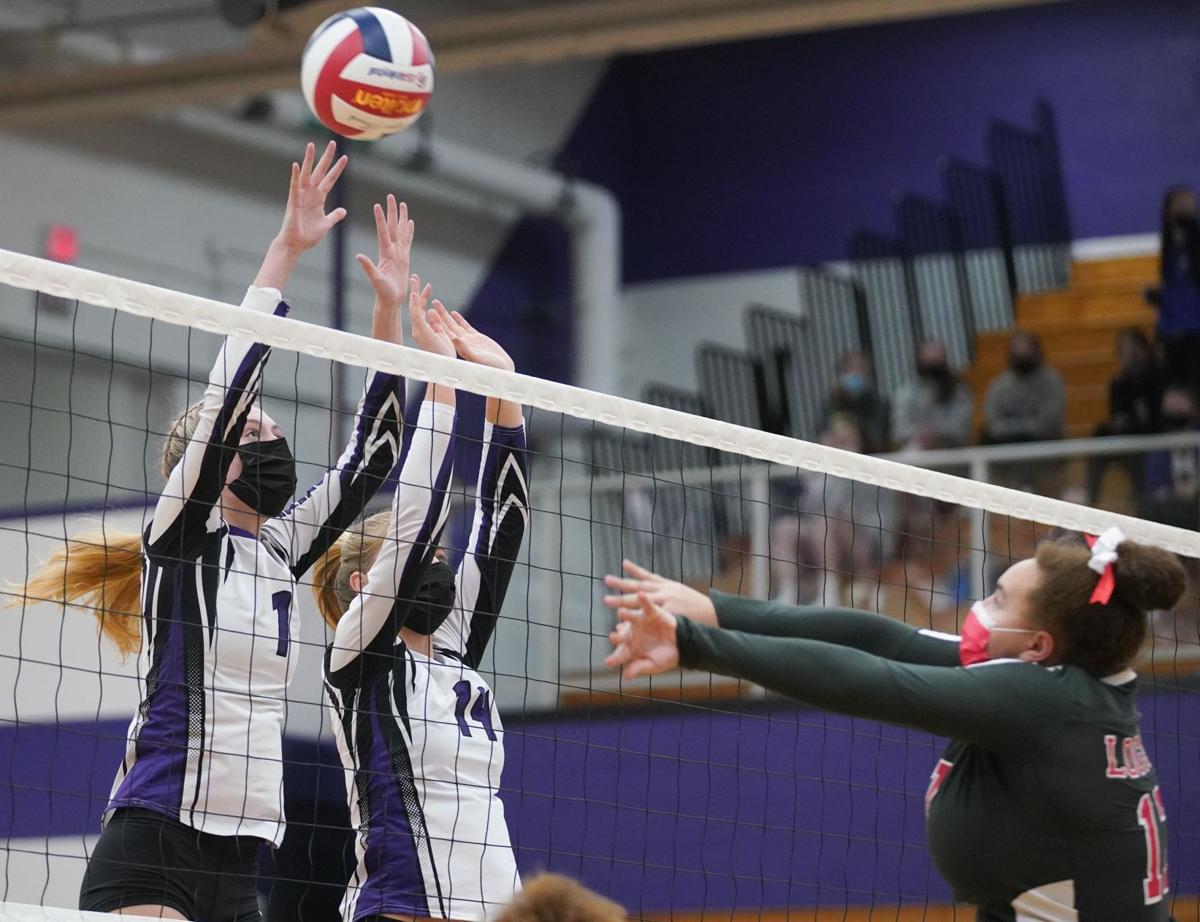 Eau Claire Memorial’s Mya Gerlach (1) and Kayla Sorensen (14) try to block a hit from La Crosse Logan during a volleyball match on Tuesday at Memorial. 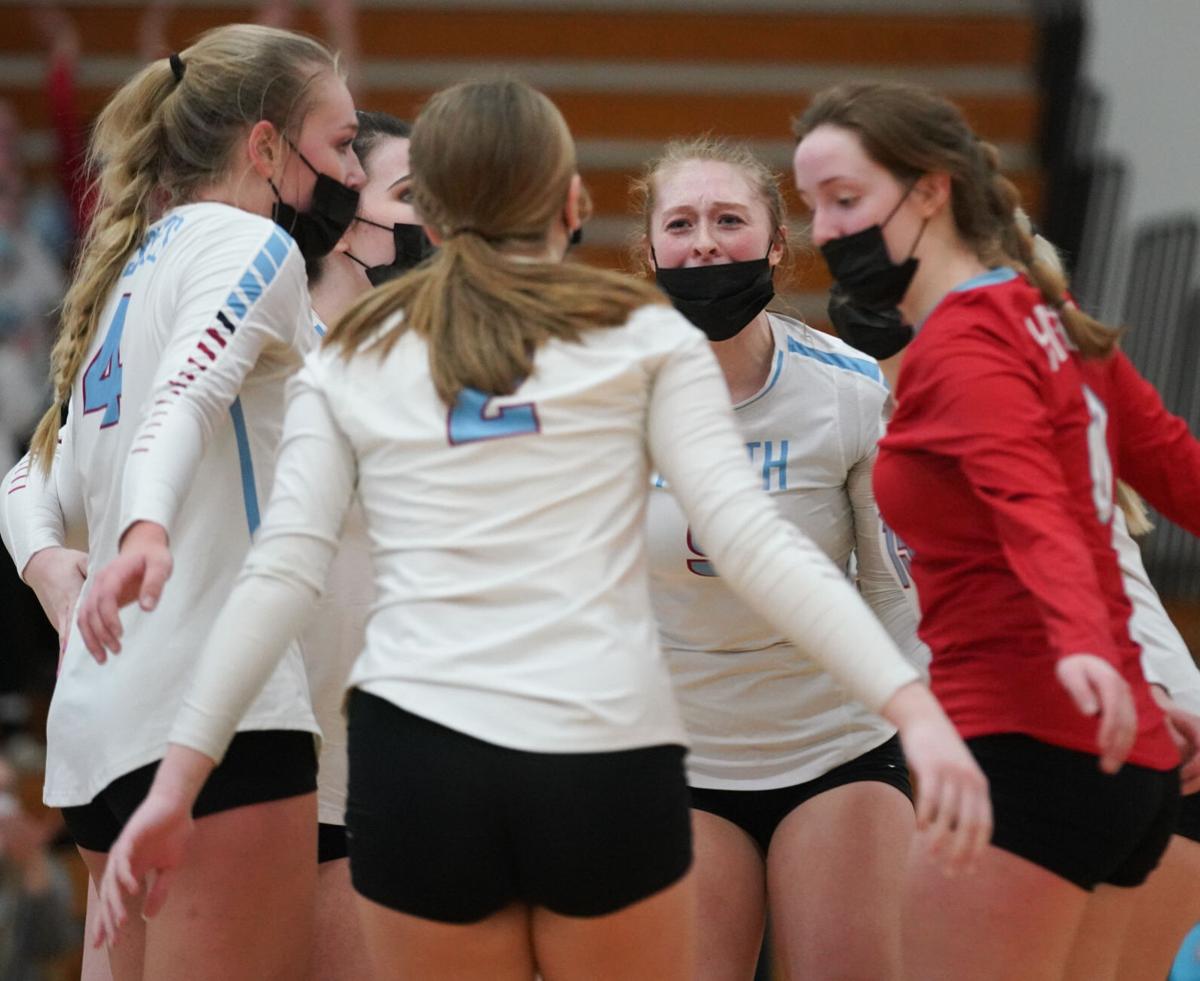 Eau Claire North celebrates after winning a point during a volleyball match against Holmen on Tuesday at North.

Eau Claire Memorial’s Mya Gerlach (1) and Kayla Sorensen (14) try to block a hit from La Crosse Logan during a volleyball match on Tuesday at Memorial.

Eau Claire North celebrates after winning a point during a volleyball match against Holmen on Tuesday at North.

As the calendar shifted from February to March, it wasn’t the sound of bouncing basketballs filling the gyms at Eau Claire Memorial and Eau Claire North.

Instead, rowdy team cheers as volleyballs thundered across the net echoed throughout the Eagles Nest and Doghouse on Tuesday.

Welcome to the WIAA’s alternate fall season, where schools which opted not to play fall sports in 2020 are getting their chance to return to action this spring.

The two Eau Claire schools are among that group. It was a strong start for Memorial. The Old Abes cruised in a 3-0 sweep of La Crosse Logan. Across town, North battled but fell to Holmen 3-1 in its opener.

Was it worth the wait?

“It was hard to stay positive after all the disappointment of not playing last fall,” Memorial senior Kayla Sorensen said. “Especially being senior year, you picture what it’s going to look like. But I think we really had to find motivation in ourselves. That’s been really important, and that’s paid off now.”

There were stretches where the student-athletes weren’t sure if they would be able to play their fall sports at all. It required hard work without an end goal necessarily in sight.

Several months later, they got their reward.

“It feels amazing, it’s so good to be on the court,” said Memorial first-year coach Juliana Nichols, who earned her first win as a head coach on Tuesday. “We’ve had so many practices and practices and practices, and now we finally have new things to work on instead of just mundane practice things. I’m very happy with our performance tonight.”

And it’s a lot more fun to play another team than it is to be constantly taking on your own teammates.

North was playing for the first time since taking the court for a Division 1 sectional final against River Falls on Nov. 2, 2019. The Huskies fell to Holmen after the Vikings took the final two sets for a 3-1 victory.

The action will continue over the course of the next couple of months, and more teams will get in on the fun along the way.

Football and girls tennis teams can begin practice next Monday, while cross country squads can start practicing March 15. Soccer can start on March 22, and golfers can tee off at their first practice a week later on March 29.

Alternate fall seasons will begin wrapping up in April and May.