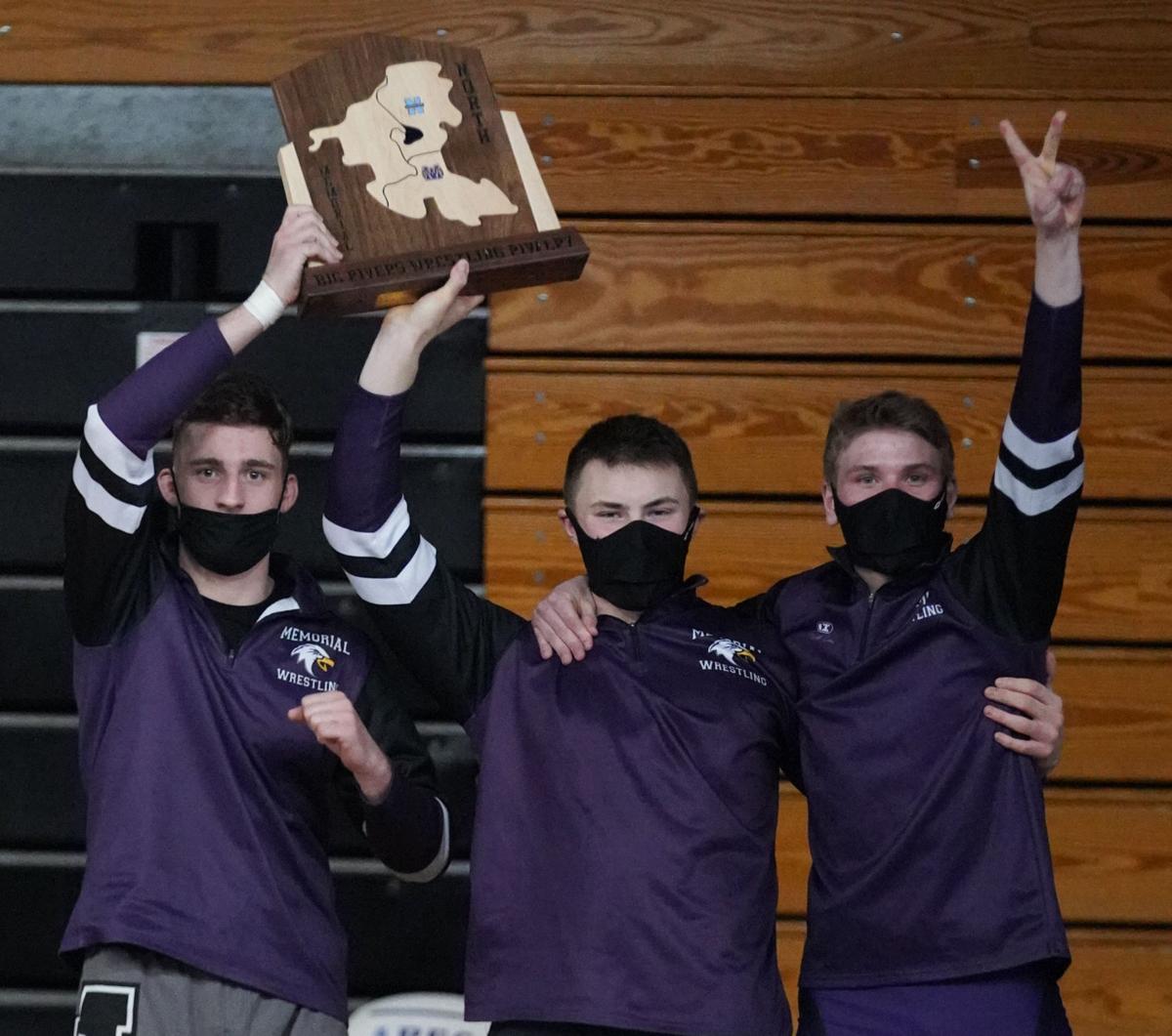 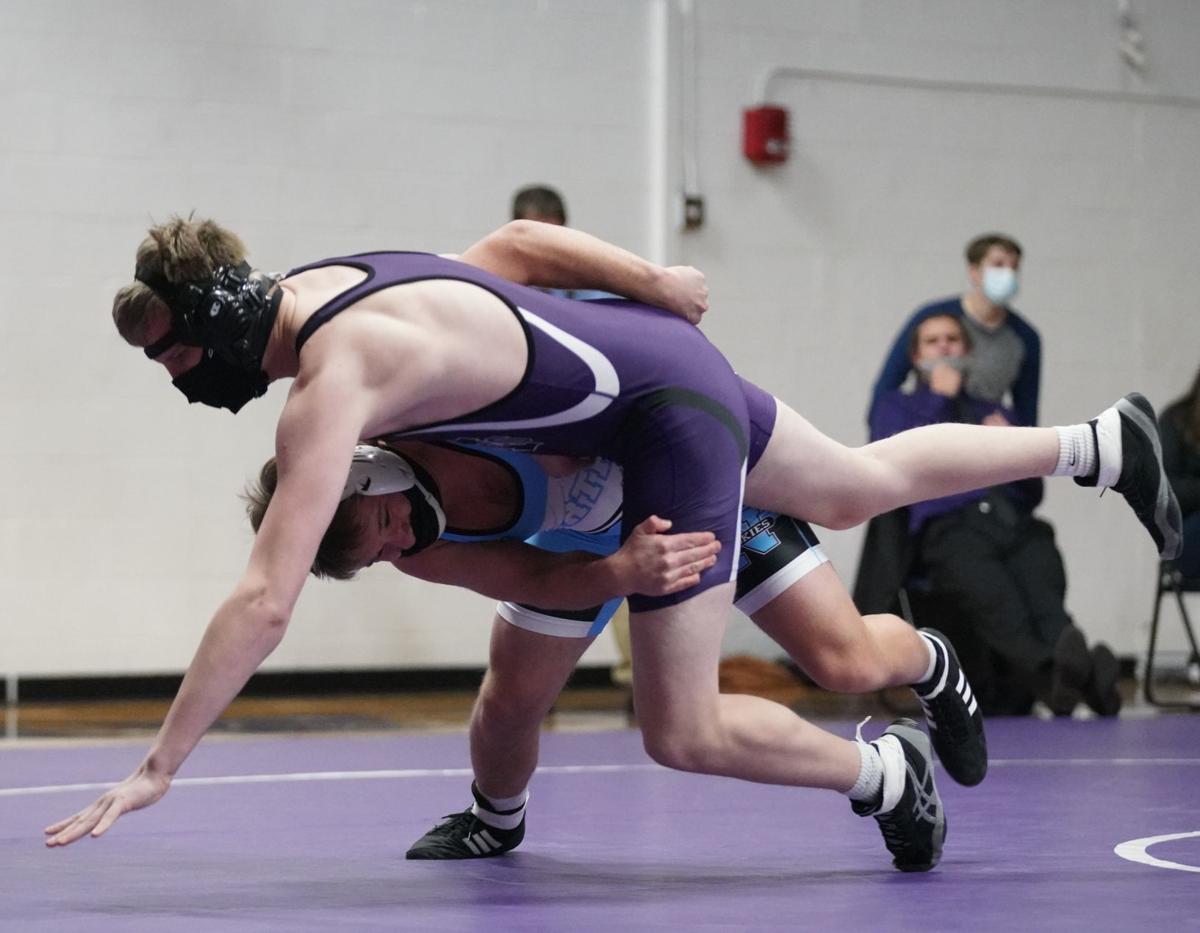 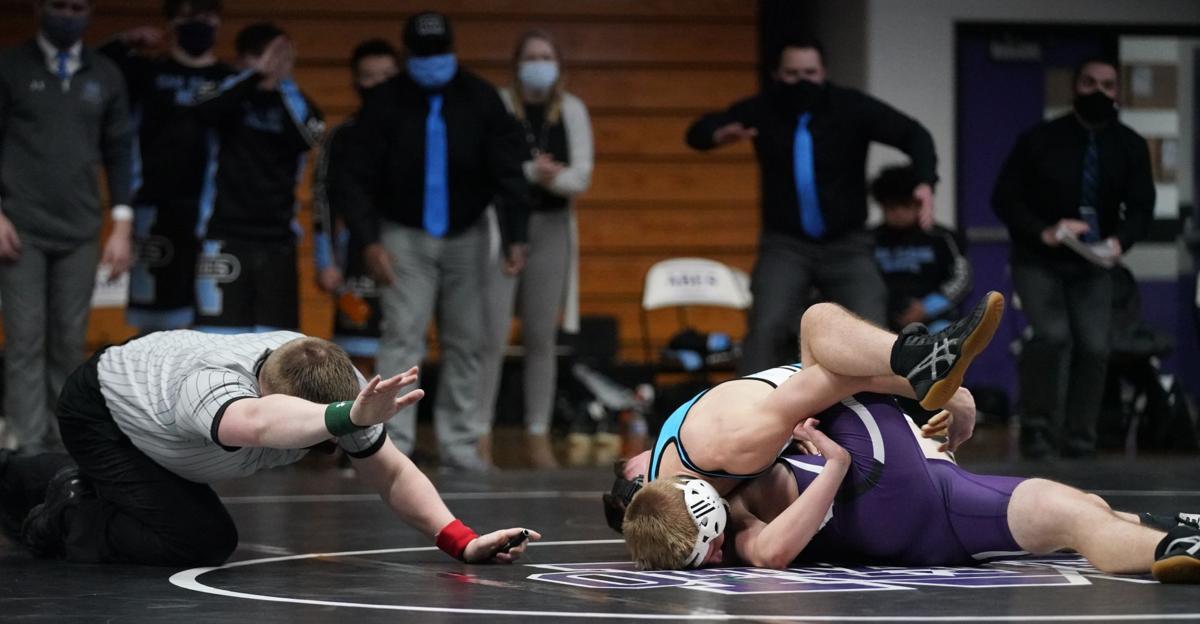 Thanks to its 45-24 victory over Eau Claire North on Thursday, the Old Abes wrestling team became the first to win the newly-formed Big Rivers Wrestling Rivalry trophy. The traveling hardware — introduced to the rivalry this year — will go to the winner of each year’s dual between the longtime foes, and Memorial is the first to secure bragging rights.

It always feels good to get one over your rivals. Doubly so when there’s a prize to hoist afterward.

“It feels great. That thing’s history,” Memorial senior Henk Boese said of the trophy. “I want to see what that thing looks like in 20 years. I’m excited we could be the first.”

The Old Abes earned bragging rights by winning six matches by pin. After North’s Nate Schindler won the 160-pound match to tie the dual at 6-6, Memorial won four straight bouts to pull away.

“We got excited, got really excited. ... We had guys jumping around and I think that’s what led to our success today, getting excited for the little things,” Memorial coach Sam Burzynski said. “We just got the momentum going and kept it rolling.”

The reward was a trophy designed to spice things up in a longstanding rivalry. The two programs collaborated on the idea, and agreed to give it to the winner in each installment of the matchup.

Winning the intracity dual is a reward of its own, but being the first to take home the trophy meant a little more.

Both teams felt extra energy in their wrestling rooms during the week, and it manifested on the mat on Thursday too. Both squads were animated and each match had its fair share of exciting moments.

“Both teams were just flying around, yelling and cheering,” North coach Jake Rebhan said. “Everybody was amped, it was really cool.”

Boese won the 220-pound match by pin against North’s Xavion Biesterveld. The victory pushed Boese over the top in the career series between the two, his third win in five matches against his former middle school classmate.

“This offseason I worked really hard, and during quarantine I worked out pretty much 24/7,” Boese said. “I think that’s what made the difference for me.”

During the run of four straight victories early in the dual, Ethan Schermitzler, Eli Mitra and Jacob Cooper also scored wins for Memorial. Connor Anderson also had a win for the Old Abes.

North got victories from Schindler, who rallied after trailing late in his match, Riley Mercer and Carson Duerkop, who both won by pin.

“Schindler was in a really, really close match and found a way to get the pin. That was huge,” Rebhan said. “Riley Mercer stayed in really good position in a spot that he has kind of struggled with, where he’s panicked in other matches. He stayed in good position though, got his hips down and ended up getting his hand raised, so that was great. And Carson Duerkop showed the definition of guts, really going out there and going for it at the end of his match to get the fall for the team.”

The Huskies, who were within striking distance during several matches, battled but couldn’t overcome a couple of forfeits on the scoreboard and some late surges by the Old Abes.

“Our word of the week was finish, and I feel like we didn’t finish as a team,” Rebhan said. “(Memorial) finished, they got into positions that they wanted to be in and finished their shots. When they got us on our back, they finished the match. ... They came out and brought it tonight, and congratulations to those guys.”

It was Memorial’s fourth triumph in a row in the rivalry series. Now for the first time, they’ve got something concrete to remind them of it.

“It’s something we’ve talked about all week,” Burzynski said. “The kids have been so excited, that’s all they’ve been thinking about all week is winning the trophy. We came out, we did it, we got things done and we get to have the trophy in our trophy case at the end of the day. So the kids are excited, I’m excited. It was a great win today.”