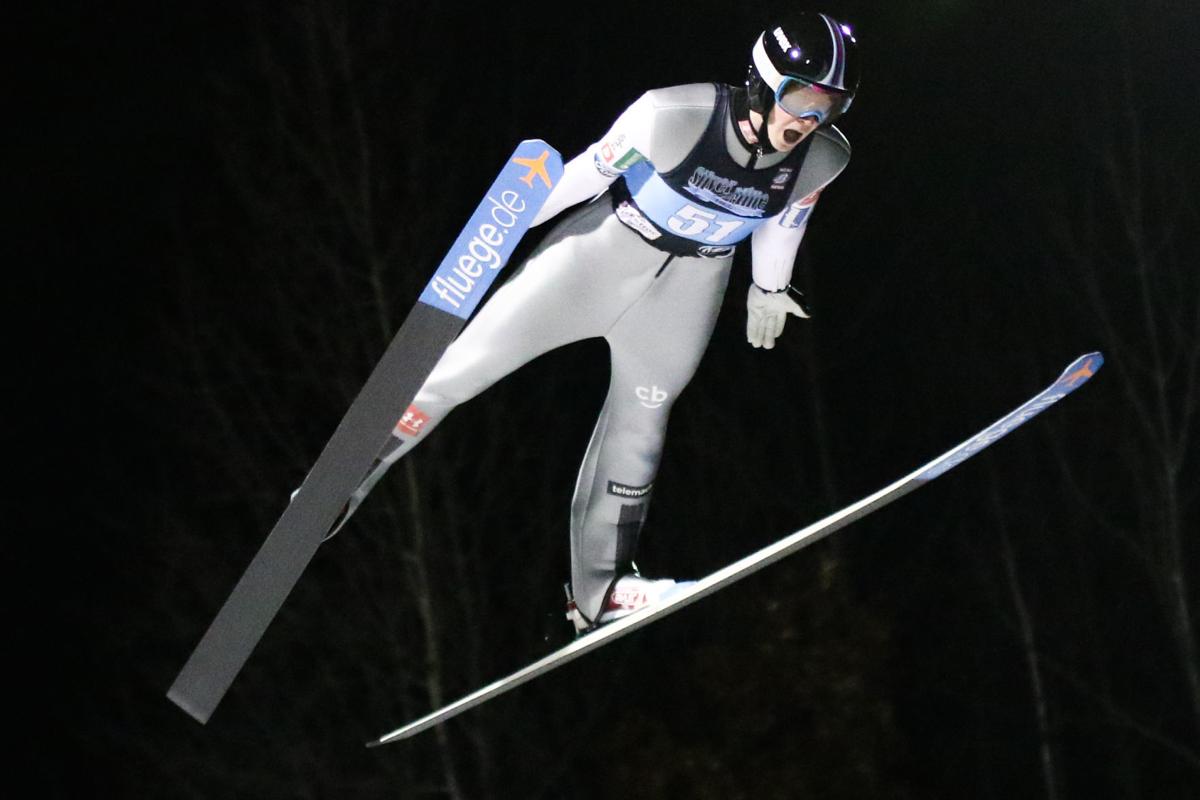 Nik Fabijan of Slovenia soars through the night sky during a jump on Saturday, Nov. 9, 2019, at the Silver Mine Invitational 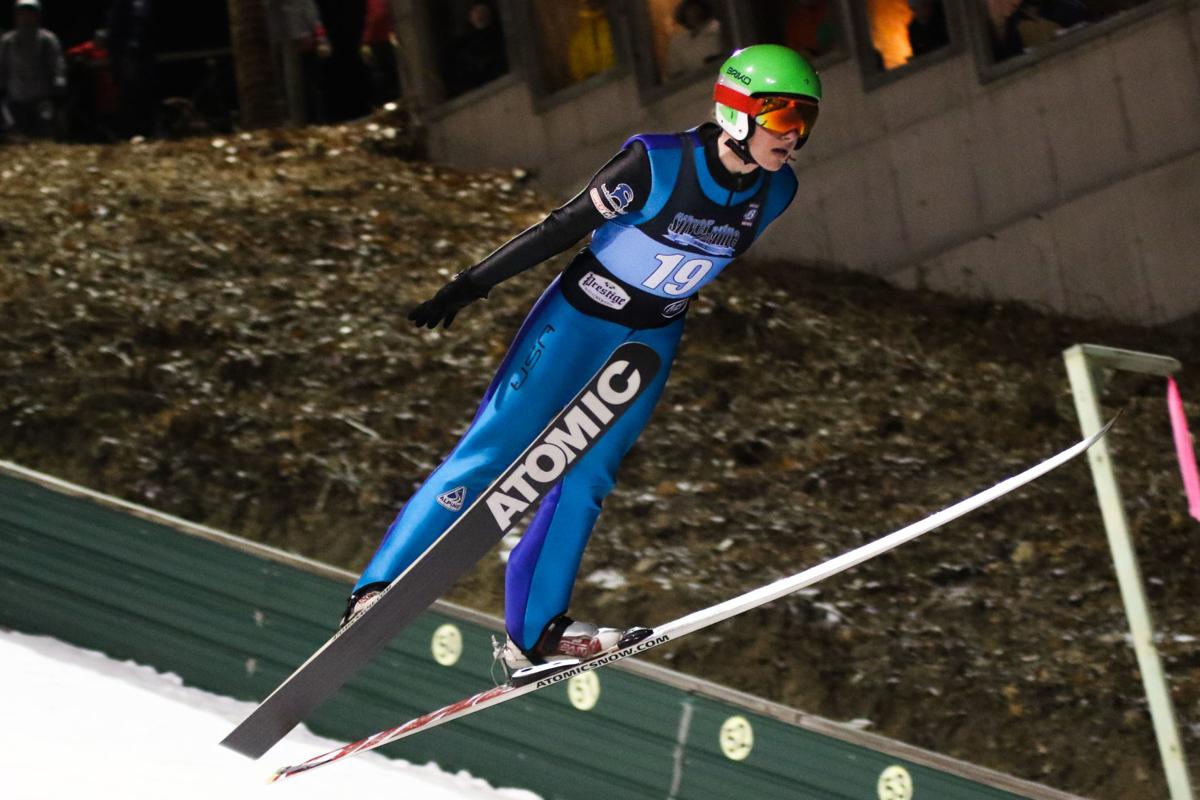 Flying Eagle Logan Gundry flies through the air during one of his jumps on Saturday, Jan. 19, 2019, at the Silver Mine Invitational.

Nik Fabijan of Slovenia soars through the night sky during a jump on Saturday, Nov. 9, 2019, at the Silver Mine Invitational

Flying Eagle Logan Gundry flies through the air during one of his jumps on Saturday, Jan. 19, 2019, at the Silver Mine Invitational.

Nik Fabijan has flirted with the Silver Mine Hill record for two years.

Will this be the year he takes it home?

The 22-year-old Slovenian heads a field of an expected 40 ski jumpers, including two Slovenians and three from Finland along with some of the top young U.S. jumpers, as the Flying Eagles/Eau Claire Ski Club, selected as USA Nordic Skiing’s Club of the Year, celebrates its 134th anniversary with tournaments under the lights Friday and Saturday.

“I’m looking forward to seeing the foreigners jump,” Chief of Competition Paul Jastrow said. “We’re ready to go and the atmosphere always makes it a fun time. I’m just excited to be involved.”

Although that’s a long way down the hill rated as a K85 and Hill Size 95, Fabijan showed that he could go that far and stand it when he won last year’s Long Standing Jump Competition with a monster flight of 96 1/2 meters or 317 feet.

Because it came after the official competition with no judges in place and no starting restrictions at the top of the slide, it does not count as the hill record.

But it can be done. Of course, it’s all up to the weather and there is the prospect for snow Friday.

“It all depends upon the amount,” said Chief of Hill Zach Jastrow. “But we’re prepared for the situation and can use the blower if needed.”

Other foreigners shooting for that distance are Slovenian Nejc Toporis and Finland’s Juho Ojala, Timo Eemeli Tainio and Niko Loytainen, who will be making a repeat performance here.

They will be taking part in Friday’s U.S. Cup/5-Hills series openers and will also serve as a U.S. qualifier for the upcoming Junior World championships. The cross country portion of Nordic Combined will be held Saturday morning at Tower Ridge.

Saturday’s event will be a distance shootout in a new head-to-head knockout format.

Veterans Nick and Nate Mattoon are expected to head the Flying Eagles entries along with youngsters Logan and Stewart Gundry.

Each entry will take two jumps and style points along with distance will determine the winners.

Gates will be open at 4 p.m. each day. Friday’s schedule includes a trial round at 4:30 with Opening Ceremonies at 6 and competition at 7. Saturday opens with a Nordic Combined race at Tower Ridge at 10 a.m.; official jump training at 3:30, Opening Ceremonies at 5, jumping at 6 and Long Standing/Target Jump at 8:30.

Spectators can warm up in the WEAU-TV heated hospitality tent or warm by the numerous bonfires around the hill.